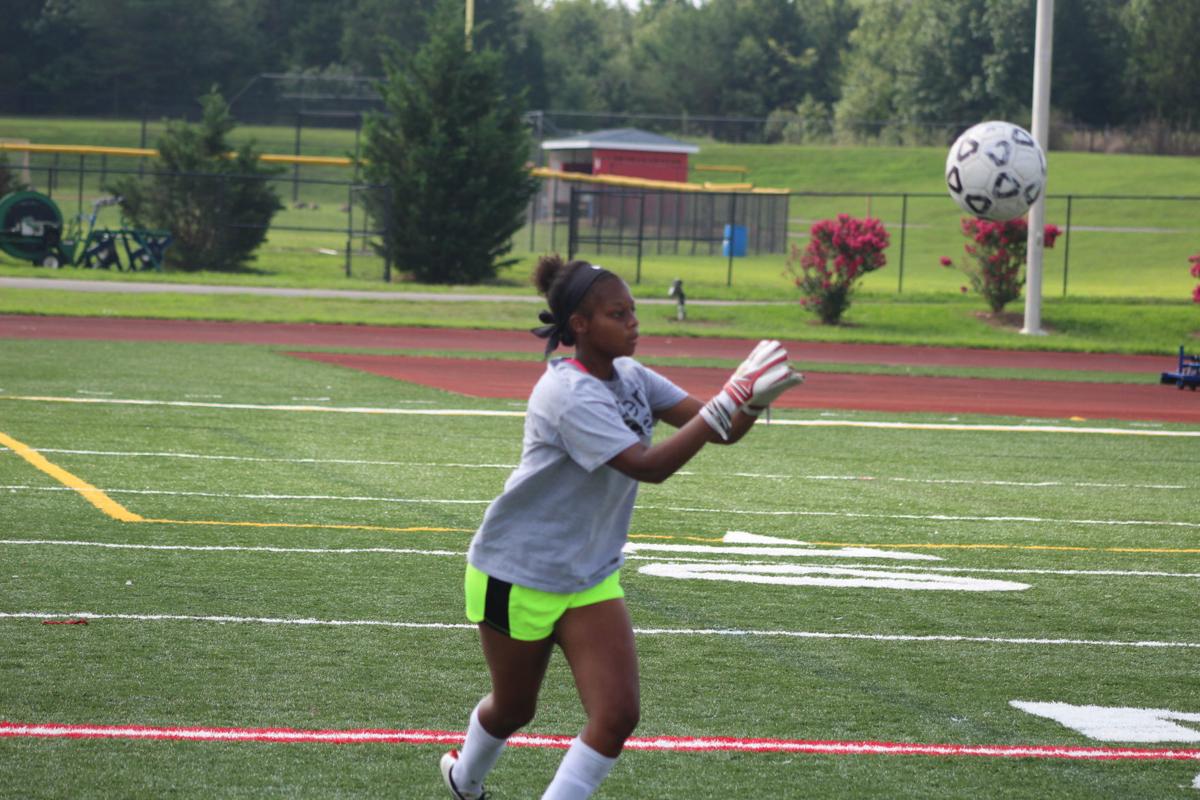 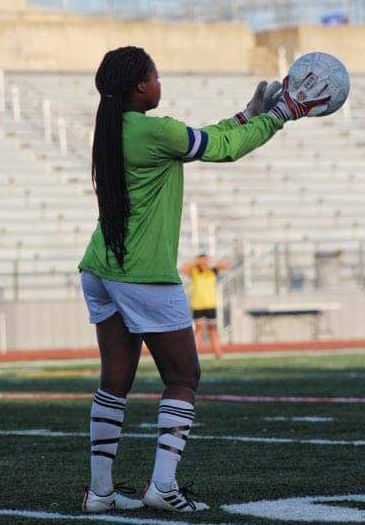 Webb just finished up her sophomore year at Barton College in North Carolina and now will have a new school to call home after deciding to transfer to Delaware State University.

“I wanted to be closer to home here in Waldorf because of financial and health situations that would be best handled at a closer university,” she said. “Given the chance to perform on the field where my family could come see often has always been a dream of mine.”

Webb started to think about transferring at the midway point of her sophomore year and was accepted at Delaware State in late February. Soon after, Webb said she contacted the coaching staff at Delaware State to express her interest for its women’s soccer program and was offered a spot on the roster a few days later.

“I am very thankful for all the support and look forward to our upcoming season and academic success together as a program at DSU,” she said.

Webb will join the Delaware State program as a junior this fall and will not have to sit out the upcoming season.

“I chose Delaware State to finish my educational and athletic career because of the family-oriented atmosphere and promising future for the upcoming program. I thought Delaware State was the best fit for me overall,” she said.

Kiante Webb, Kianna's father and North Point head girls soccer coach, said of his daughter: "They are receiving an student-athlete who has maintained a 3.5 GPA and a determined athlete that will put in 200% effort every day/every night and even during her own personal time. They will be receiving a goalie and athlete who is very mobile, loud, great with her feet, excellent vision and just a great overall athlete for the next two years."

Kianna will continue with her major in Biological Sciences: Health Profession, similar to her major at Barton and plans, after undergrad, to attend dental hygienist’s school to receive a bachelor’s degree in the dental field.

“I actually started to look at Delaware State because of the influence to attend my mother’s (Toyketa Webb) institution,” she said. “Not only was it a university with great opportunities, but it was very inviting by the admissions office and coaching staff from the beginning.”

The transfer means Webb will go from an NCAA Division II school in Barton to a Division I school in Delaware State.

“I’m actually looking forward to seeing the pitch a lot this upcoming season,” she said. “I’m fully recovered from previous injuries and determined to perform at my best ability going forward in this promising program.”

Kiante Webb said: "To me it's satisfying seeing my daughter just excel at the college level in the classroom, on the field and just generally in life. My wife and I raised her to be as independent, hard working and intelligent as you can be and continue to push yourself daily without the help of anyone. We are blessed and cannot wait to continue to watch her growth especially at the next level of D-I where the competition gets harder and way more is expected from the student-athlete. I think it will be a great test and accomplishment for Kianna at that level where she has proven she is capable of not just playing at but producing as well."

Barton went 12-6-1 overall last fall and reached the Conference Carolinas tournament semfinals. Webb only got into one game at goalkeeper after just three her freshman season.

“It bothered me because I was use to starting on my travel team and ODP team, but it was a real reality check that I needed to improve my craft in some aspects of the game," Webb said. It didn’t help that I suffered from a few concussions in my two years at Barton, but I will say I was very grateful for the coaching staff led by Andy McNab and Ebony Campbell and my athletic trainer/director Ginna Lewis.

“It was tough to sit out on a sport that I loved, but at the end of the day I only could blame myself for not performing at the best ability. No matter what there is always something you can work on to become a great player.”

Webb started her travel career with Calvert Soccer Association under coach Shawn Nicholson and later finished her travel youth years by landing a spot on Maryland Elite’s U-16 team, coached by Damon Williams, Shawn Williams and Will Morris.

“Coach Shawn really implemented the most valuable aspects of the game of soccer,” Webb said. “I admired every moment with my team and our team became a family. Spending countless hours at practice, on road trips to our next tournament, or even sleepovers when we had free time. I was honored to be coached by Shawn and surrounded with my girls who had the same ambitions to become a great player on and off the field and someday replicate that on a college pitch.”

She added: “Maryland Elite gave me the opportunity to create new friendships that would last a lifetime and a distinct mentality of pro player. We were pushed to perform at our best at all times and guided into the best direction when entering in the recruitment process in high school. I was very fortunate to be a part of all the travel soccer organizations and wouldn’t be the player I am today.”

At North Point, Webb began her freshman year on the junior varsity team coached by her father. Then she made the varsity team as a sophomore under head coach Doug DeCook and the Eagles won a county-best 11 games.

Kiante Webb then took over the varsity program as Kianna moved on to her junior season, a campaign that would finish 14-3-1 overall and include a Class 4A South Region championship. As a senior, Kianna nabbed All-Southern Maryland Athletic Conference Potomac Division and All-County first-team honors in a season where she made 75 saves and had six shutouts at goalkeeper.

“I cherish the long bus rides and winning moments with the team,” Kianna Webb said. “My favorite moments throughout my career was attending states and playoffs. These moments were very intense, but made me who I am today and created bonds that have been lifelong.”