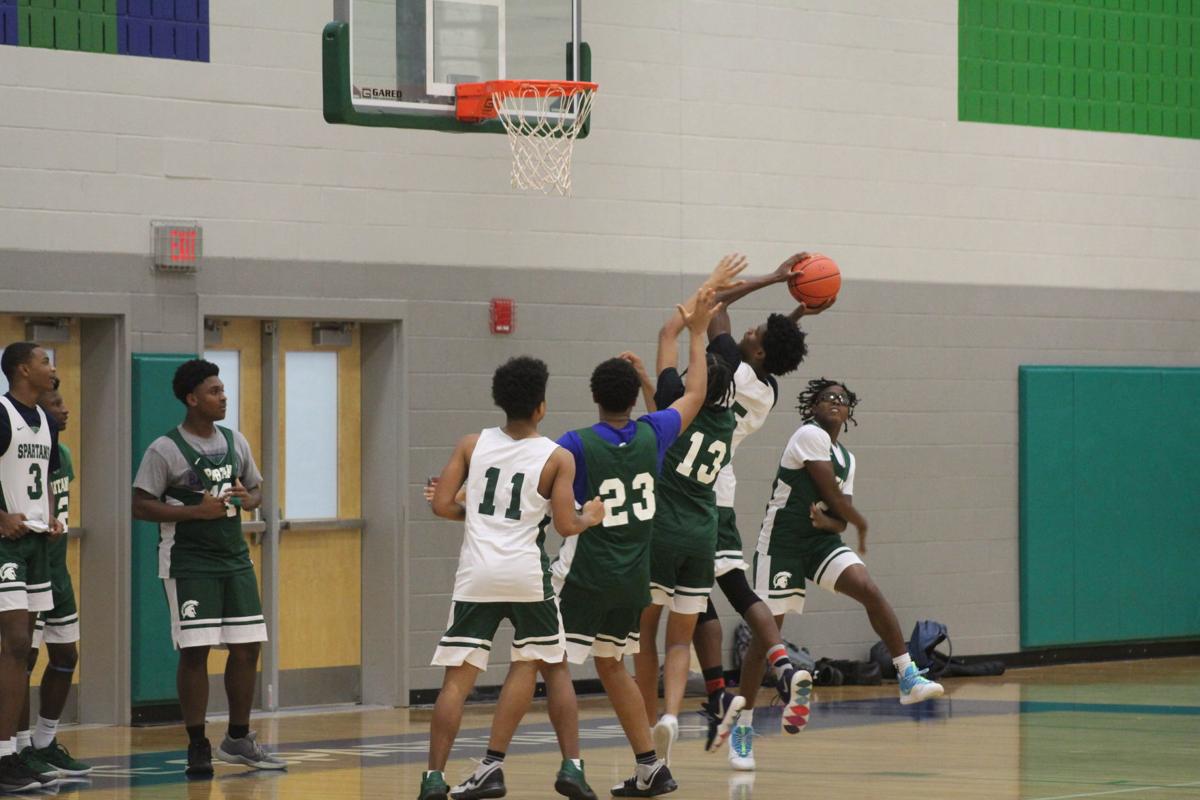 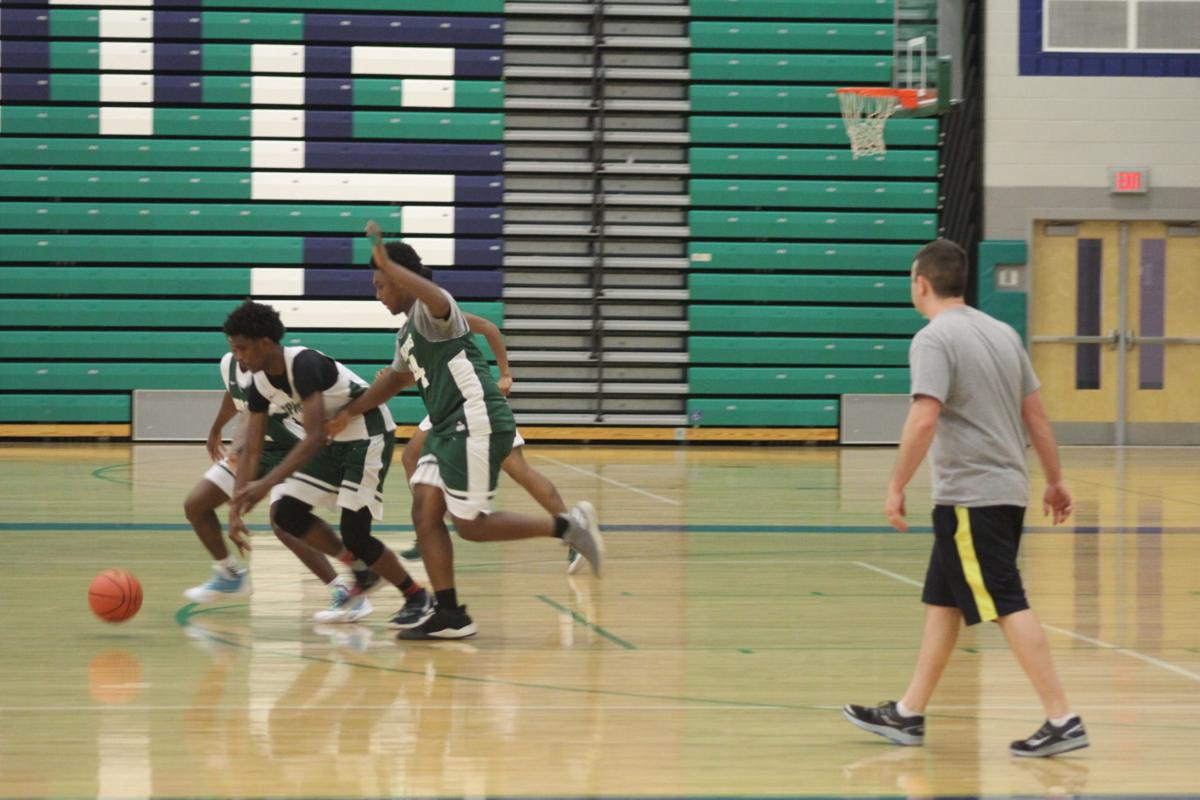 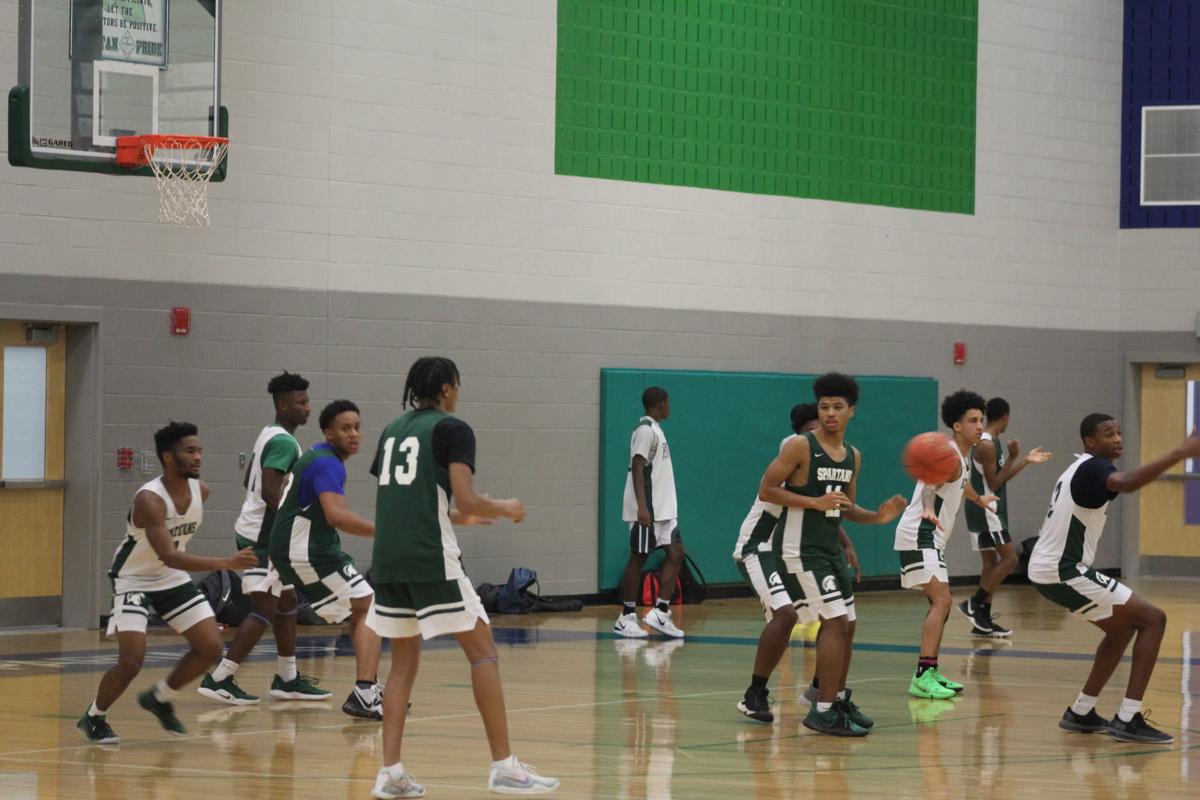 Following a contentious and rapid practice on Monday afternoon in one of their final preparations for Friday’s Southern Maryland Athletic Conference opener against Huntingtown, a trio of senior St. Charles High School boys basketball players were eagerly eyeing a trip to University of Maryland next March for the final portion of the state tournament while their head coach took a more cautious, short-term approach.

St. Charles head coach Brett Campbell has been at the helm of the program since its inception when the Spartans did not have seniors in the building. Last season’s squad parted with senior starters Anthony Bowman, Cameron Chesley and E’Mari Johnson and junior Darius Miles transferred to a school in Florida.

This season’s squad is hardly thinking about the upcoming 2019-2020 campaign as a rebuilding season. Seniors Omar McGann, Tremaine Chesley and Max Brooks, a transfer from Great Mills High School who has already committed to the University of Massachusetts-Lowell, are optimistic this season’s Spartans team can ascend to unprecedented heights.

“We definitely have the squad that can win states,” said McGann, who noted he has trimmed his college prospect list down to 10 schools. “Being one of the seniors, I know I have to lead by example. A lot of these guys have played together here for the last two, three years. We’re excited about getting the season started as seeing how far we can go.”

Brooks arrived unexpectedly and is an ideal replacement for Miles, who was expected back for his senior season before transferring down south. Brooks spent the previous three seasons playing against the Spartans, but has formed an immediate bond with his new classmates and teammates at St. Charles and looked toward the season with ample enthusiasm.

“The other guys have been great,” Brooks said. “Right away, they made me feel like I was part of the team. We had some good games against them in the past, but now I’m playing on the same team with them. I can’t wait to get the season started. We can definitely go all the way to states.”

As is the case with most coaches prior to the season opener, Campbell eschewed the promise of grandiose plans for the team’s long-term success this winter by taking a far more myopic approach to the season and Friday’s opener at home against Huntingtown. Tip-off is scheduled for 6:30 p.m.

“Our goal is really just to go 1-0 every day, in practice and then in games,” Campbell said. “We have a lot of really tough opponents in our league and on our schedule. In practice, we want to be our best every day. Each game brings a different challenge, but the goal is just to go 1-0 every game and let the results take care of themselves.”

St. Charles will have numerous quality foes on the SMAC schedule, including Huntingtown, North Point, Great Mills, Thomas Stone, Lackey and Westlake and several nonconference opponents at the Governor’s Challenge in Salisbury on Dec. 27 and 28 and others in the St. James Showcase in mid-January organized by sidelined NBA star Kevin Durant which features primarily private school powers.

“Our schedule this winter is definitely among the toughest that we have ever had,” Campbell said. “But that’s always been my goal to have these guys peaking at the end of the year and the best way to do that is to face the toughest competition out there. We won our bracket last year in the Governor’s Challenge and we’re going back this year.”