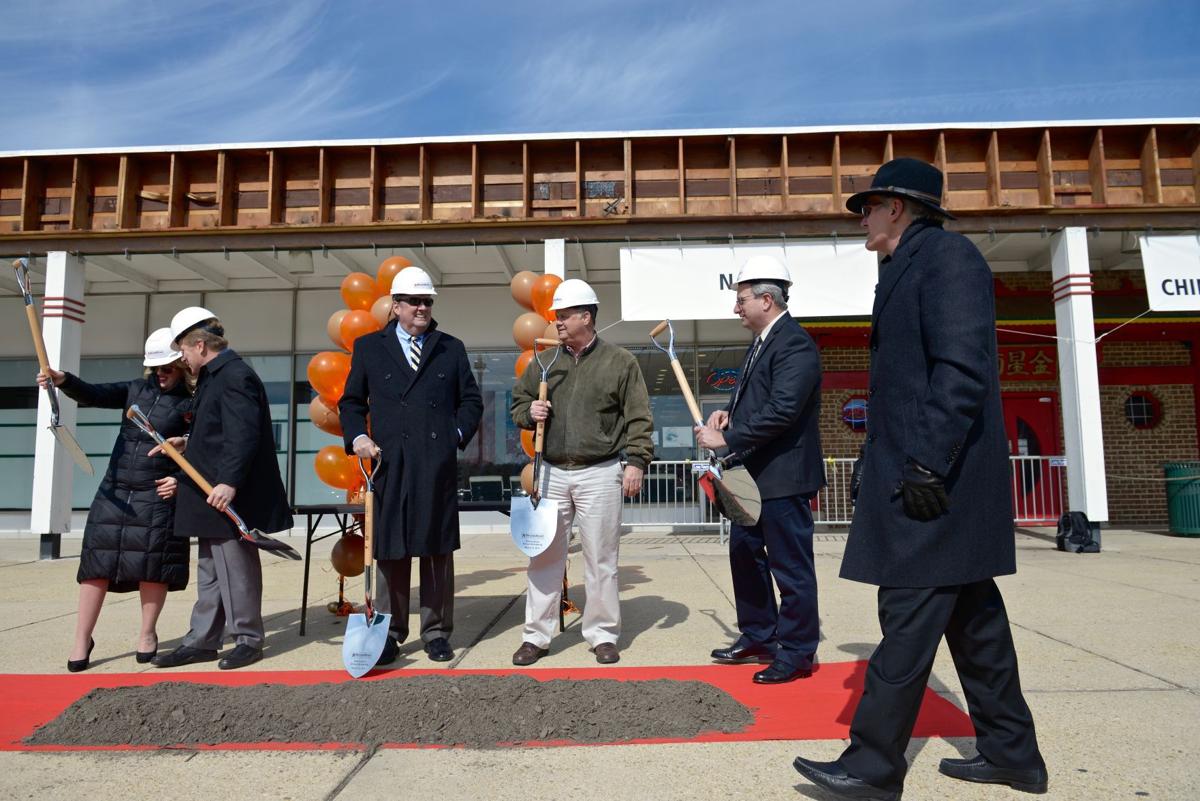 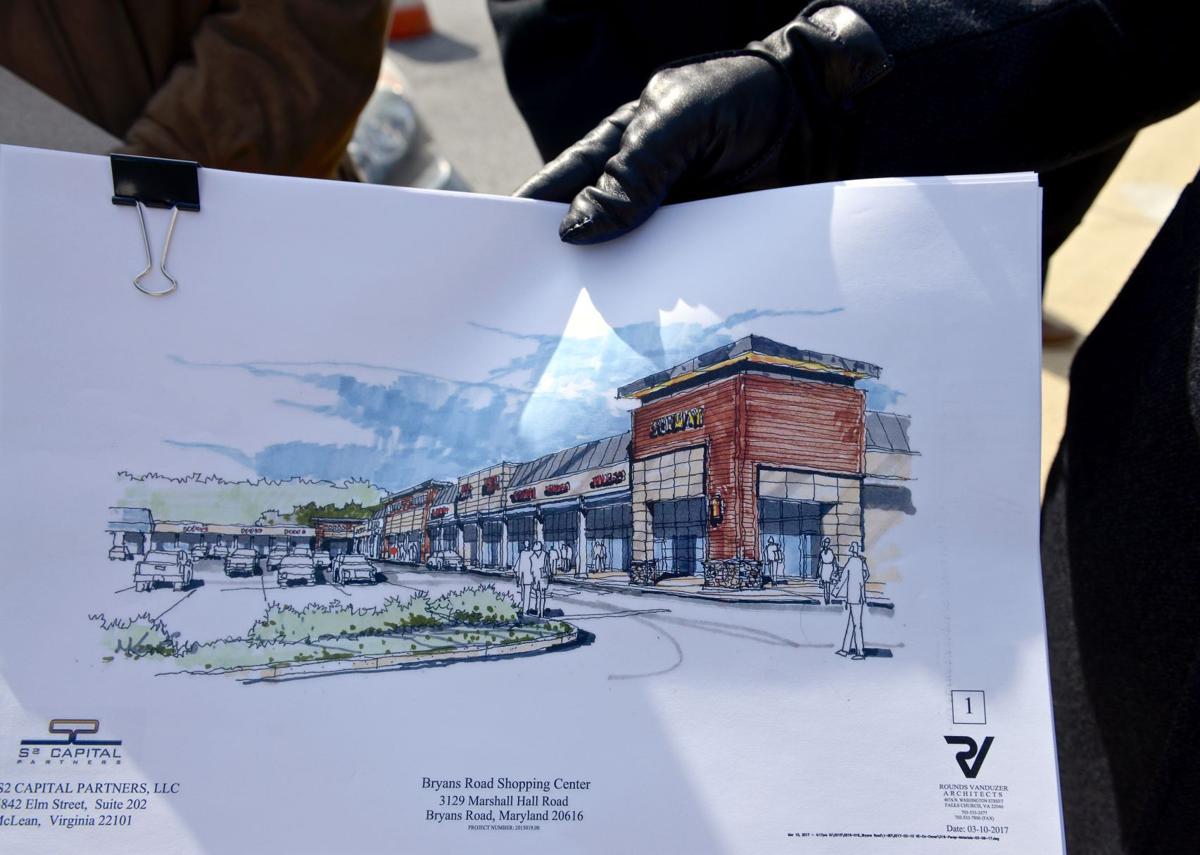 Rob Seidel of S2 Capital Partners shows one of the architect’s renderings of what the Bryans Road Shopping Center will look like this September. 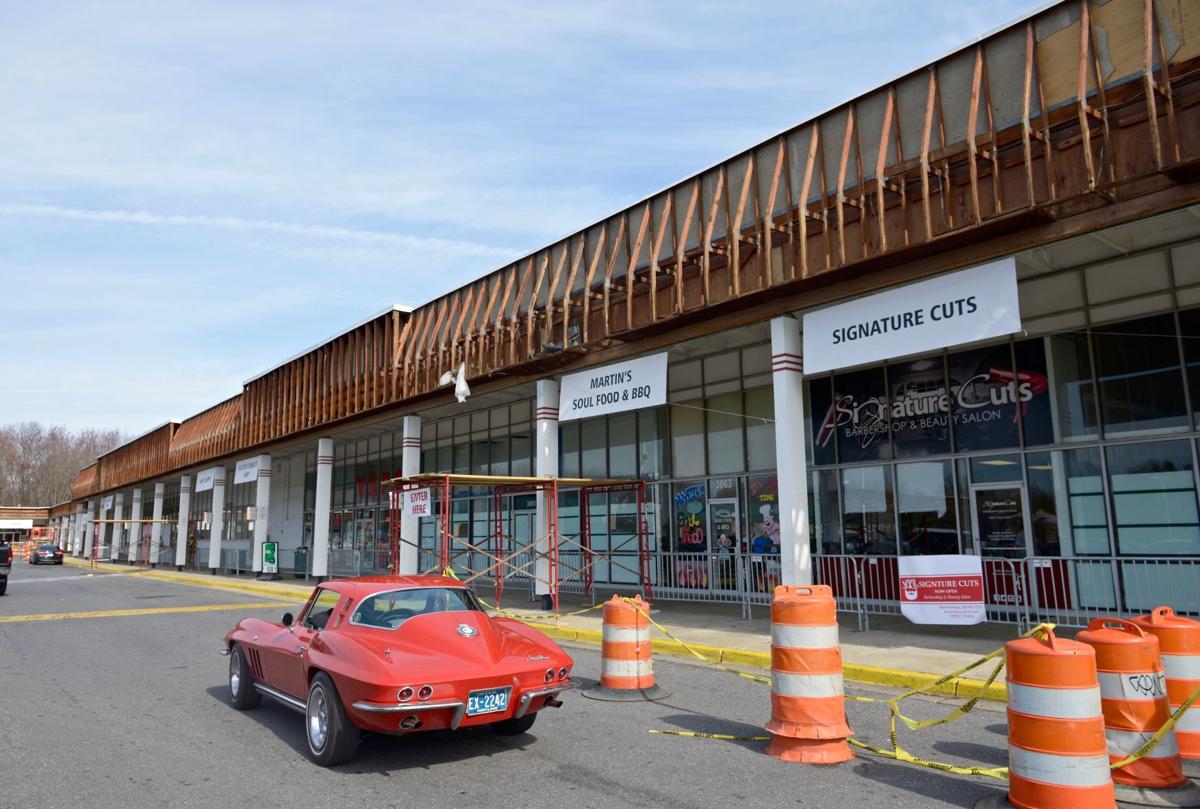 The facade renovation has already begun at the Bryans Road Shopping Center. The center was built in 1974.

Rob Seidel of S2 Capital Partners shows one of the architect’s renderings of what the Bryans Road Shopping Center will look like this September.

The facade renovation has already begun at the Bryans Road Shopping Center. The center was built in 1974.

The Bryans Road Shopping Center on Marshall Hall Road — the longtime location of Safeway — is getting a facelift, along with other upgrades, to provide a better and safer shopping environment.

The center, which has had Safeway as its anchor since it was built in 1974, has already seen an upgrade in the parking lot lighting, the addition of security cameras and sections of new pavement, more of which is to come. New handicap ramps, some of which are not currently Americans with Disabilities Act compliant, and landscaping of currently barren concrete spaces are also on the project list.

Last week, S2 Capital Partners, the owners of the property since 2015, got its Falls Church, Va., contractor to start the facade project to begin the facelift to make the shopping center more attractive to shoppers and retailers. The project, along with all the other upgrades, is expected to be finished by September.

On Monday, the owners hosted a groundbreaking to celebrate the project and thank the businesses and public agencies that helped move it along.

“We bought this in 2015 from the original owners,” said Rob Seidel, one of the partners, along with George Stewart, of the McLean, Va.-based S2 Capital Partners. “What we really saw was ‘possibility.’ We saw a center that needed some attention, a little bit of focus and some resources.

“We really want to make this the community place that it can and should be. I think the former owners didn’t have that vision, so we’re trying to implement that vision now with the facade renovation.”

The shopping center has a total of 122,500 square feet of retail space — 43,000 of which is the Safeway grocery store — and currently has 21 storefronts. Some of those spaces are empty, which S2 hopes to fill in the near future.

“I want to commend S2 Capital Partners and their team for having the vision to invest in Bryans Road,” Taylor Yewell, redevelopment manager for the department, told the crowd of 20 or so people gathered for the groundbreaking. “Neighborhood shopping centers like this are very important assets to the community. The community deserves to have an attractive and safe environment where they can acquire the goods and services that they need on a daily basis.”

The project manager, Dave King of Uniwest Construction Inc. of Falls Church, Va., said he hopes to finish the project early and has been pleased with the responses of the tenants despite the inconveniences that construction projects bring.

“In talking to the tenants, everybody seems to be excited about the new look,” King told the Maryland Independent. “They’ve been willing to help get the project done.”

“It’s going to be good for the tenants,” Choe said.

“We really saw an opportunity to make — or remake — a gathering place and re-energize this area — bring new life into this area and bring activity back to this shopping center,” Seidel told the crowd.