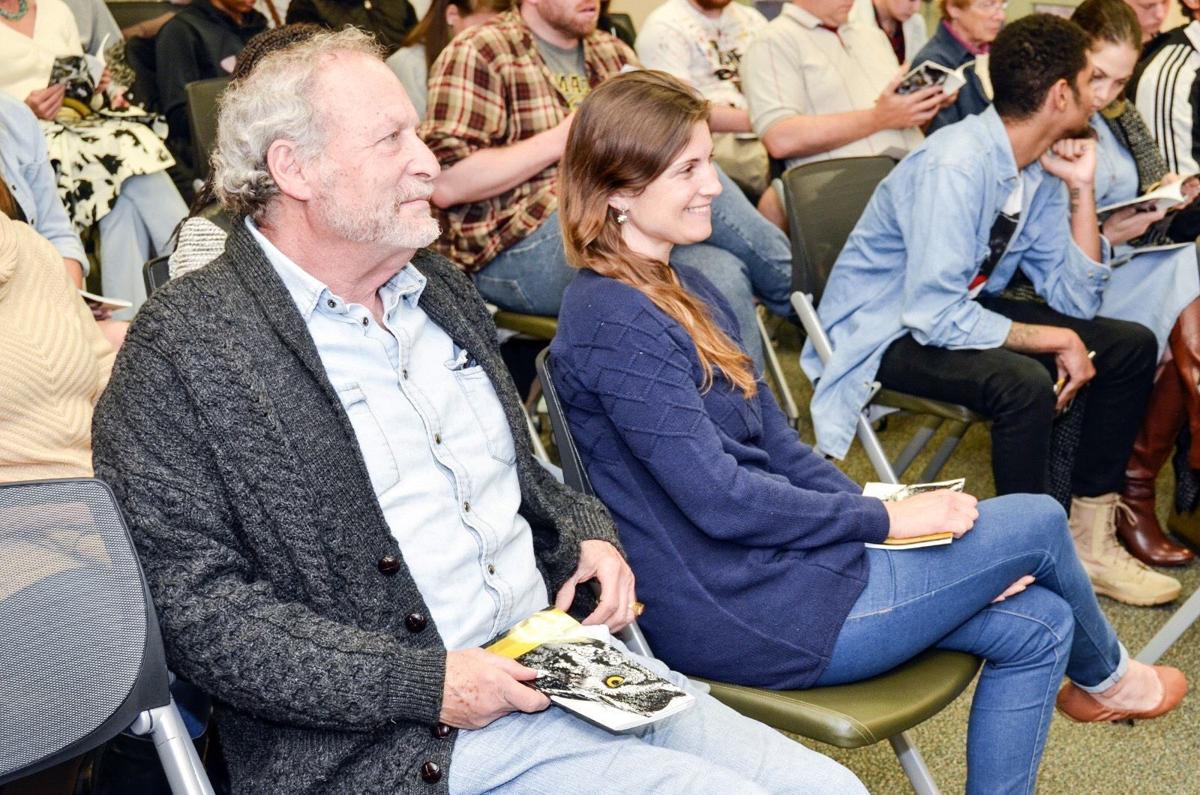 Wayne Karlin, left, was one of three professors at the College of Southern Maryland who helped to create the CSM Connections Literary Series in 1990. Since its inception, these readings connect the audience with national award-winning contemporary writers, poets and artists as well as regional, emerging writers who share their work and time with residents of Southern Maryland. 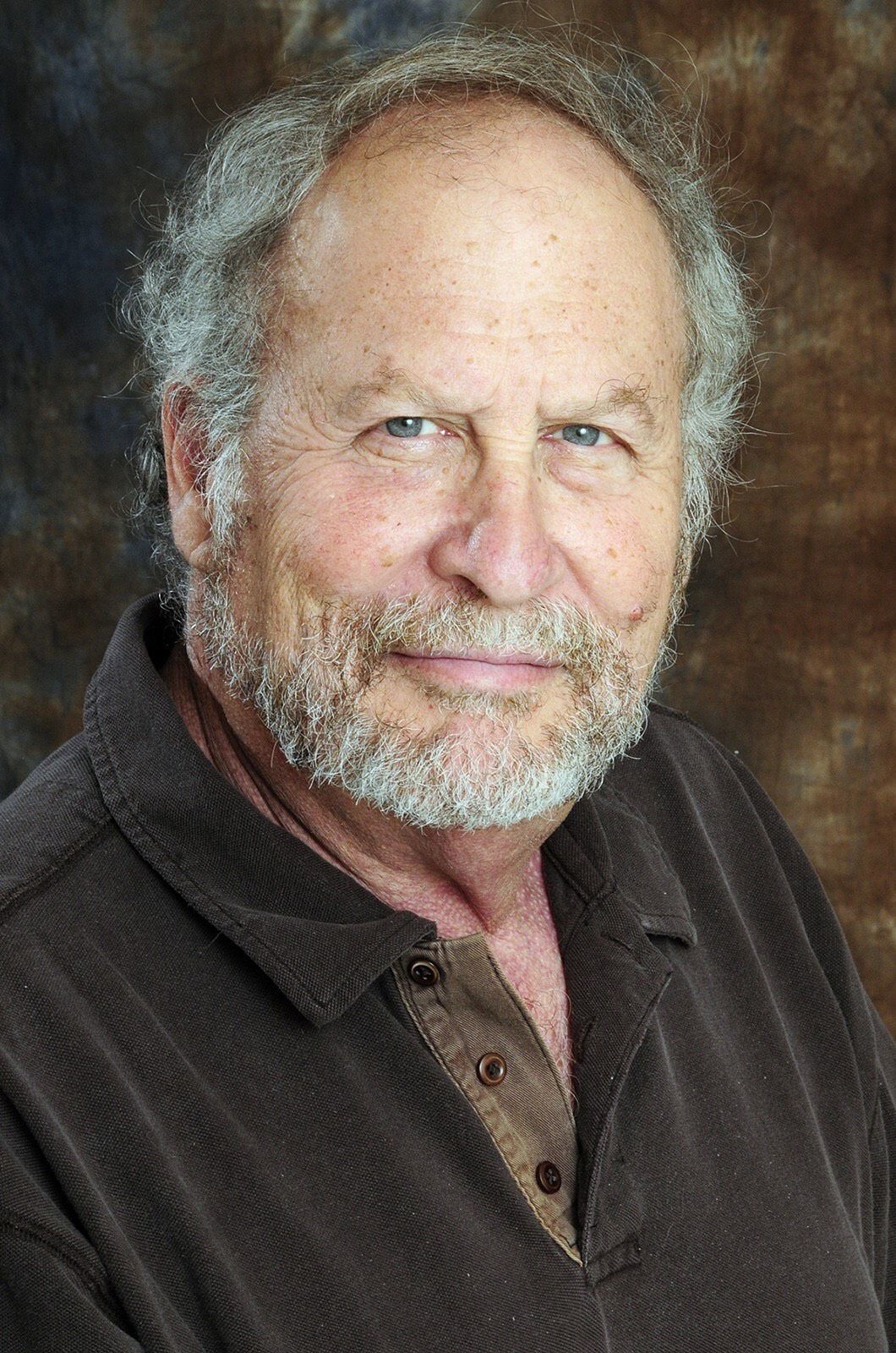 Wayne Karlin, left, was one of three professors at the College of Southern Maryland who helped to create the CSM Connections Literary Series in 1990. Since its inception, these readings connect the audience with national award-winning contemporary writers, poets and artists as well as regional, emerging writers who share their work and time with residents of Southern Maryland.

The College of Southern Maryland has created the Wayne Karlin Creative Writing Award in recognition of the professor emeritus who helped inspire the college’s Connections series. Announced by CSM Languages and Literature Professor Neal Dwyer, the award is also designed to encourage CSM students who show exceptional skill with creative writing as expressed in their coursework or participation in the college’s literary magazine, Connections.

Karlin of St. Mary’s City is a veteran, author and former faculty member with more than 30 years’ connection to the college. “He’s been with CSM for 30 years,” Dwyer said. “He created this reading series along with CSM Professors Emeriti Roger Horn and Dr. Edna Troiano. He has inspired students and community with his stories of loss and redemption, cycles of violence and how they can be broken. He has dedicated his life to reminding us of our shared humanity, how precious it is, how easily we can lose it.”

Through his teaching and writing, Karlin has modeled the idea that we have an obligation to leave this world better than we found it, Dwyer said. “This is what Wayne has done.”

Dwyer announced the award at the academic year’s final Connections Literary Series reading, describing the honor as “a small but heartfelt gesture of gratitude for all Wayne has done for our community.”

“One of the joys of working at the college came from knowing that CSM understood and encouraged the arts and literature as essential components of any student’s education, and in so doing encouraged and gave opportunities for students to develop their own creativity,” Karlin said. “One of the other joys has been seeing our students engaged passionately in that creativity, telling their own stories and finding their own voices, in literature courses, in creative writing courses and in the Connections magazine. This award furthers that encouragement and I’m delighted CSM initiated it and honored that it is in my name.”

The Wayne Karlin Creative Writing Award will be given each year to a CSM student as part of the college’s academic excellence awards. CSM instructors will announce the award at the beginning of the fall and spring semesters. Students will submit a portfolio of their best works. An award committee will review and rate each portfolio, then choose one winner for fiction and one for poetry, Dwyer said.

In addition to Karlin’s teaching career as a professor of languages and literature, Karlin is the author of seven novels: “Marble Mountain,” “The Wished-For Country,” “Prisoners,” “Lost Armies,” “The Extras,” “Us” and “Crossover,” and three non-fiction books: “Rumors and Stones,” “War Movies” and “Wandering Souls.” His work has also included extensive editing projects, screenwriting, short stories, essays reviews and anthologies.

Karlin is the recipient of two fellowships from the National Endowment for the Arts, five State of Maryland Individual Artist Awards in Fiction, the Paterson Prize in Fiction, the Vietnam Veterans of America Excellence in the Arts Award and the Juniper Prize for Fiction for 2019 for his novel “A Wolf by the Ears.” This most recent novel will be published by University of Massachusetts Press in 2020.

A decorated Vietnam veteran, Karlin served in the U.S. Marine Corps from 1963 to 1967. His experiences there and his reaction to those experiences have played a major role in the themes of his subsequent work.

In addition the Connections Literary Magazine is a regional literary journal published twice a year that features poetry, stories, artwork and photography of Southern Maryland. Dozens of videos from past and recent literary events are available on the College of Southern Maryland’s official YouTube Educational Channel at www.youtube.com/view_play_list?p=F2D9EBEBF5D43F65. For information on the college’s Connections series and journal, visit www.csmd.edu/connections.