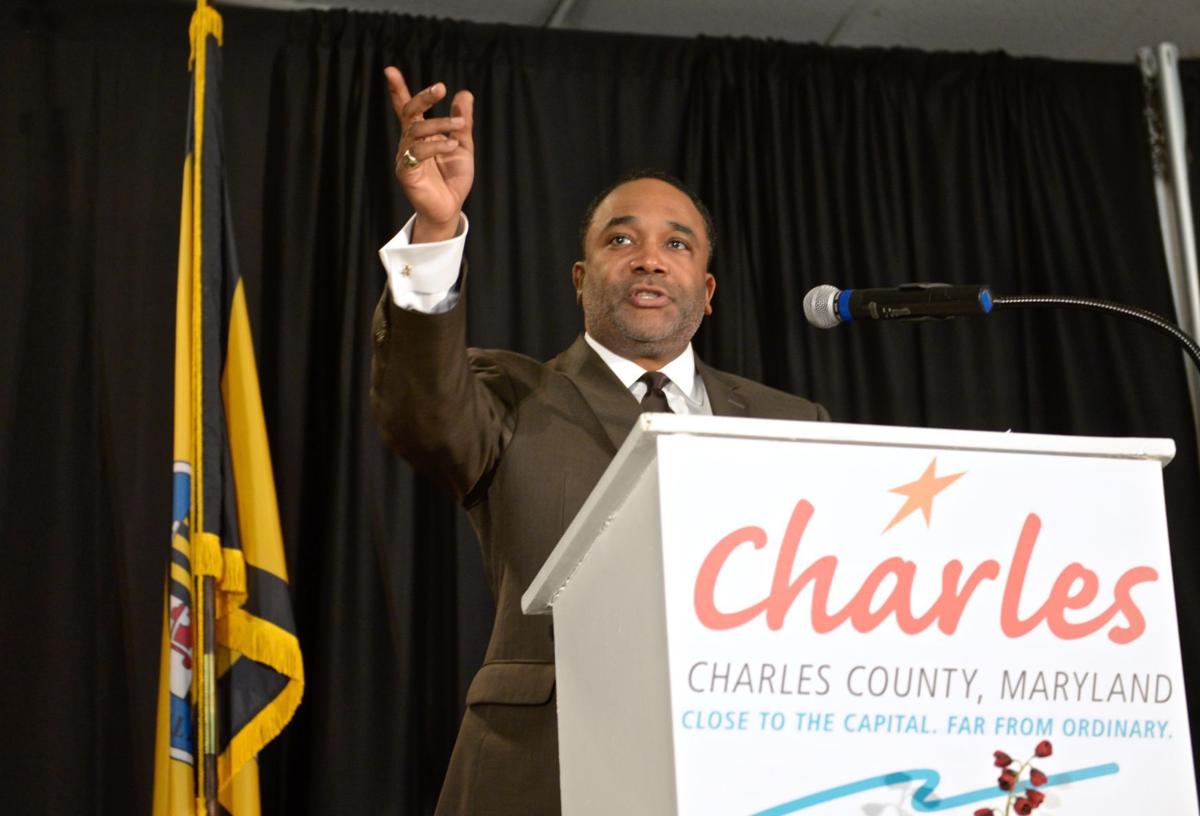 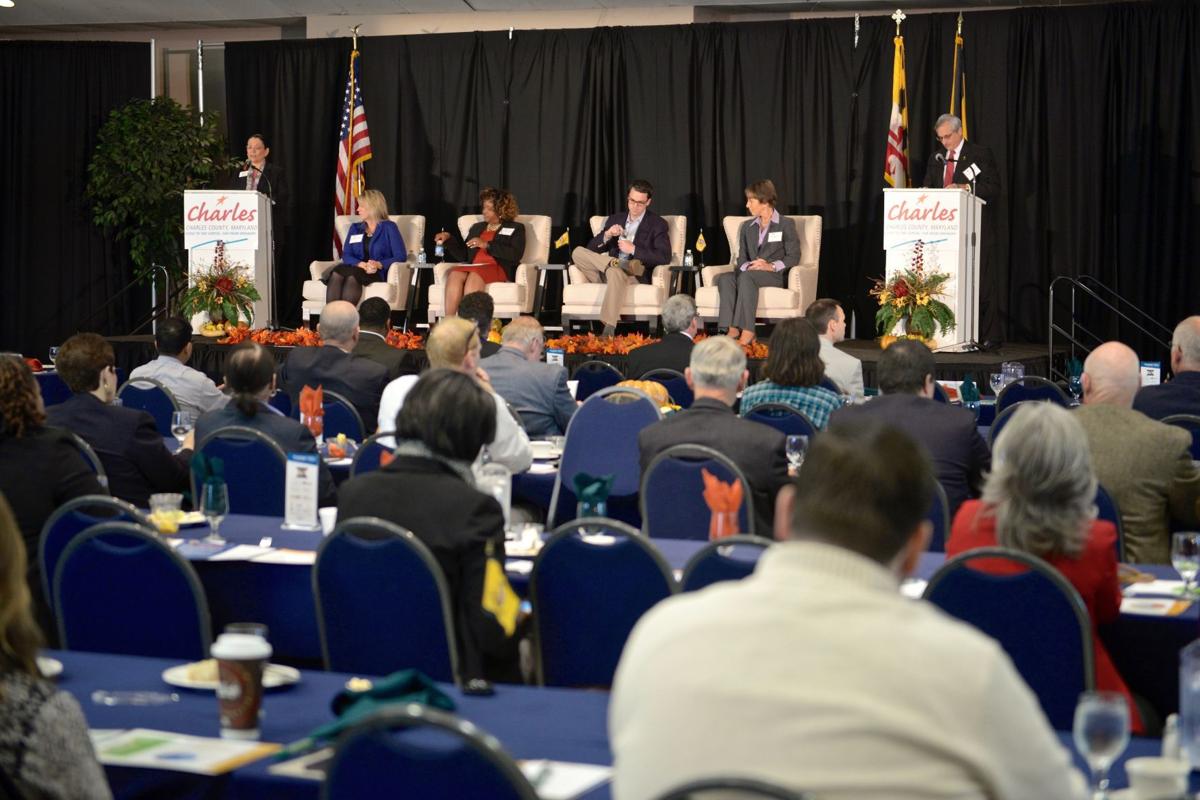 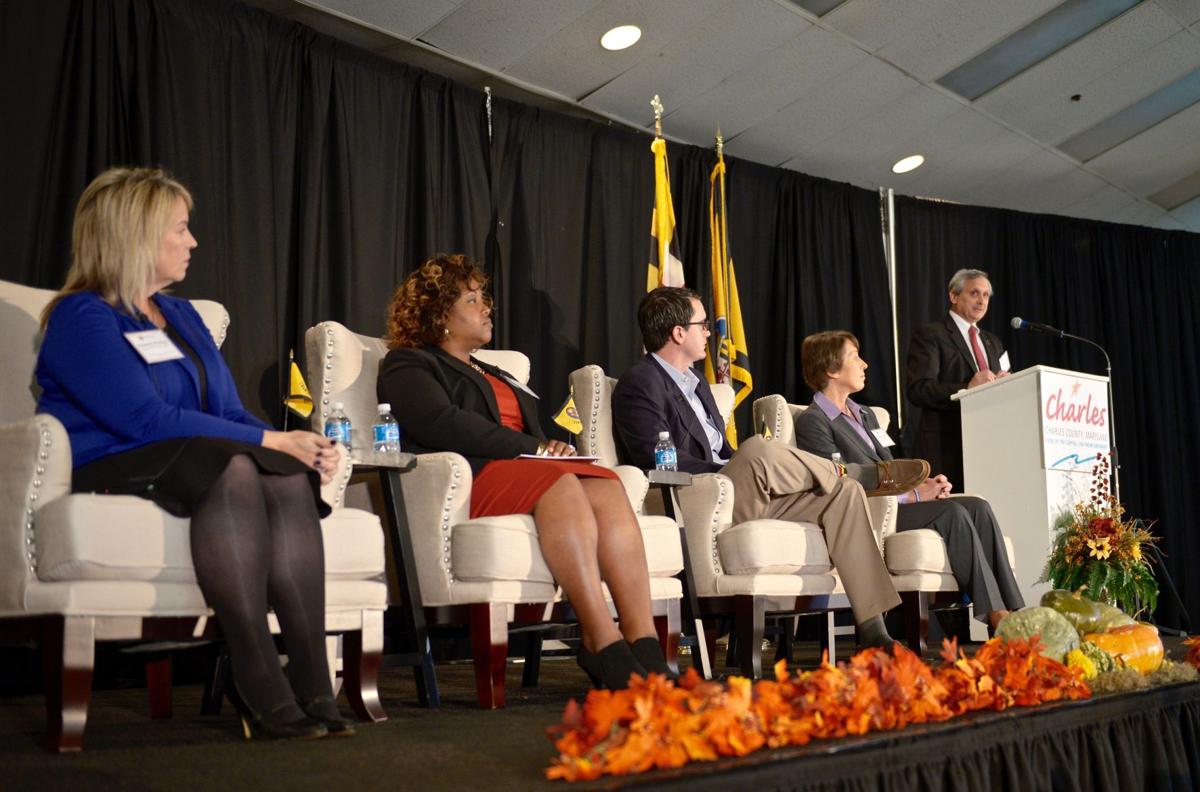 Darrell Brown is excited about a particular land sale and future development in Charles County.

“I leave you with two words, and you’re going to hear more about this later this morning, and that is Greenberg Gibbons,” the county’s director of economic development said, wrapping up his opening remarks at the department’s annual Fall Meeting in Waldorf.

Greenberg Gibbons, a developer known for “Towne Centre” retail and housing developments around Maryland, has purchased Waldorf Station, a proposed 145-acre mixed-use project in Waldorf, according to a company press release. The development is expected to include 500,000 square feet of retail and commercial space, 700 apartments and 100 townhomes.

“It’s going to be, potentially, a transformational development for the county,” Brown said in an interview during a break at the meeting.

He said his department has been working with the developer since February, though work on the project has yet to begin.

While large projects receive the most attention, the first panel discussion at the meeting was about the future of entrepreneurship in the county. The panel was moderated by College of Southern Maryland President Brad Gottfried, who established the Entrepreneur and Innovation Institute at the college earlier this year.

“As you know, as you’ve been hearing, entrepreneurship is a centerpiece of the new county strategic plan,” Gottfried said in his opening remarks.

“We all know that entrepreneurship creates jobs,” he said. “In some cases 64 to 70 percent of the jobs in an area are created in small businesses. They produce and commercialize high quality innovations.”

Three of the four panel members work directly with entrepreneurs and businesses, while the fourth was Charles County Public Schools Superintendent Kimberly Hill, who pointed out that “our 3,500 people spend their money in Charles County.” She added that 68 percent of system employees live in Charles.

She said the system struggles to find enough qualified teachers and has to look elsewhere outside the state, ultimately attracting college-educated people who end up staying and adding to the economy.

“We need a lot of these people to come into our community to educate our children,” she said. “Many of them come from Pennsylvania or Michigan or New York, and they say in their minds, ‘I’m going to be here a year or two, get a little experience and go back home.’ What we found is that they don’t go back home, most of them.” She shared a video of vignettes of teachers who came from elsewhere and ended up staying.

“What that tells us is that there is a ripe pipeline of individuals that are looking to establish their businesses here in the tri-county region,” Flowers-Fields said. “We need to continue to work with them to bring the resources to bear to ensure that they can support our local economy by getting their businesses off the ground.”

“Very often, that entrepreneurial education is what’s lacking, and so that support is becoming very important,” she said.

Panel member Tommy Luginbill, director of CSM’s new Entrepreneur and Innovation Institute, said he sees good things happening in Southern Maryland and that new efforts at collaboration between private and public organizations can build on that.

“I’ve been all around the state, and this area has done a phenomenal job promoting entrepreneurship,” he said.

Luginbill, a Montgomery County transplant now living in Dunkirk, has a background in creating businesses, primarily in conjunction with the military. Along with the institute, he’ll be teaching entrepreneurship courses at CSM.

He said that places around the country that are successful in promoting and supporting entrepreneurship usually have active “innovation centers.”

“At the center of each of these places is an academic institution,” he said. “One of the things we’ve been able to figure out very quickly is that the Southern Maryland region needs to rally around a higher education institute. We’re hoping that that’s the [Entrepreneur and Innovation Institute].”

Panel member Kim Mozingo, the TechFire program manager at the Energetics Technology Center, echoed the general calls among all the panel members that continued collaboration among stakeholders and institutions was needed to make an “entrepreneurial ecosystem” a reality, and that could start with a focus on Naval Support Facility Indian Head.

Transferable intellectual property developed in the research going on there offers “opportunities to build businesses around that,” Mozingo said. “Building and growing from there, part of it will be organic, [and will depend] on what people’s interest and needs are.”

Speaking to the strategic plan, Flowers-Fields said the role of the various agencies and government is to facilitate business development and help business owners down the path of success.

“Our important role as a community is to identify a roadmap that can accelerate the time it takes you from that concept that you’re thinking about in your dreams at night, to making it a reality, connecting you with those resources,” she said.

Harry Shasho, a commercial real estate broker/developer in White Plains who was recently appointed to the Maryland Economic Development Corporation, had a question about the resources, specifically about finances for startups and businesses that want to expand. He said for entrepreneurs “most of their problems are about financing.”

Luginbill, quoting from an earlier conversation with Flowers-Fields and her colleagues at SBDC, said that “the money will always be there if the entrepreneurs are prepared to get the money. As long as we’re preparing the entrepreneurs to have the pitch ready to go, the bankers are not going to have any trouble finding them.”

“One of the things I hear about in Southern Maryland is that we don’t have an ‘angel investor’ network,” Gottfried added, referring to wealthy people able to invest in new and growing businesses. “There’s a lot of wealth in Southern Maryland, and maybe that’s something we need to be thinking about developing in the future as a community to help grow our new entrepreneurial activity.”

While other points were made about instilling the entrepreneurial spirit in young students, supporting the businesses they will eventually create and attracting budding entrepreneurs from elsewhere by highlighting outdoor activities available, Hill, a Charles County native, said pride of place is an important element that needs to come out of all the work toward growing entrepreneurs and growing business.

“We need to be proud of where we live and show that pride and demonstrate that pride with others around us,” she said. “Sometimes in Charles County we’re our own worst enemies, and we talk badly about our own institutions. We are a great community.”