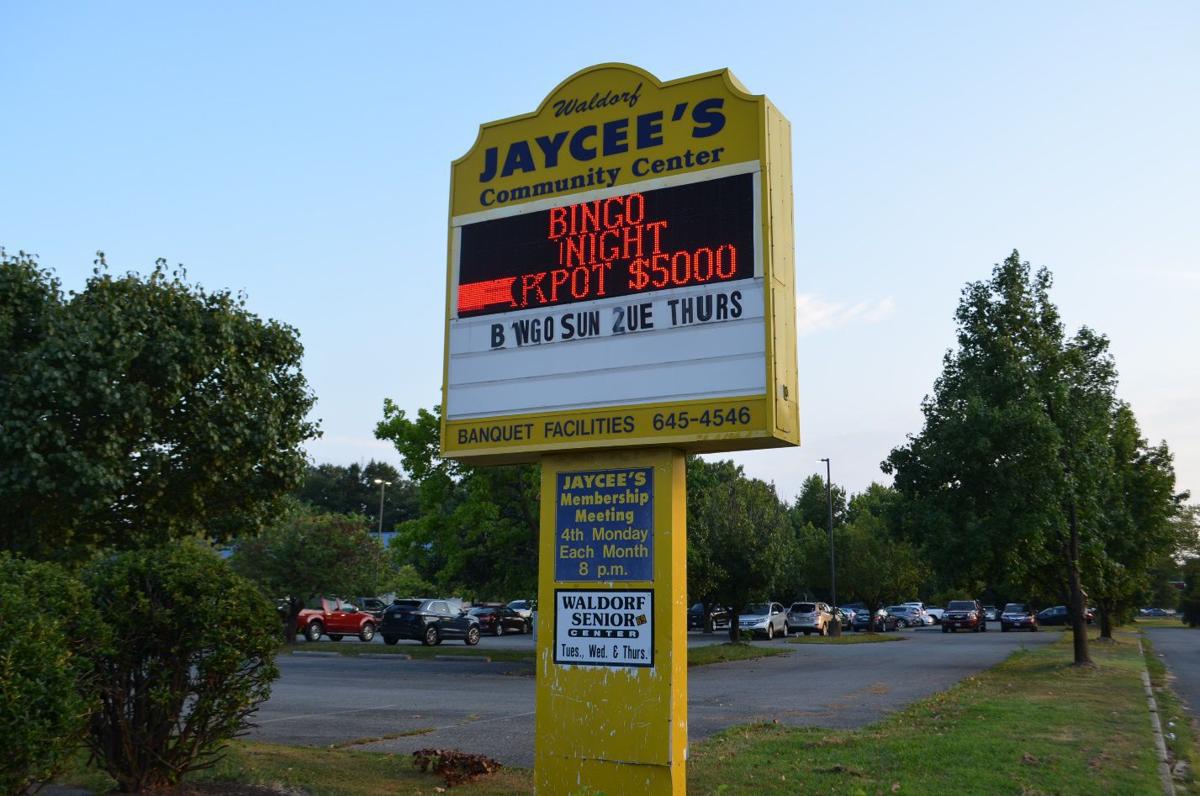 The community center is located at 3090 Crain Highway in Waldorf. It serves as the chapter’s headquarters and has large event spaces. 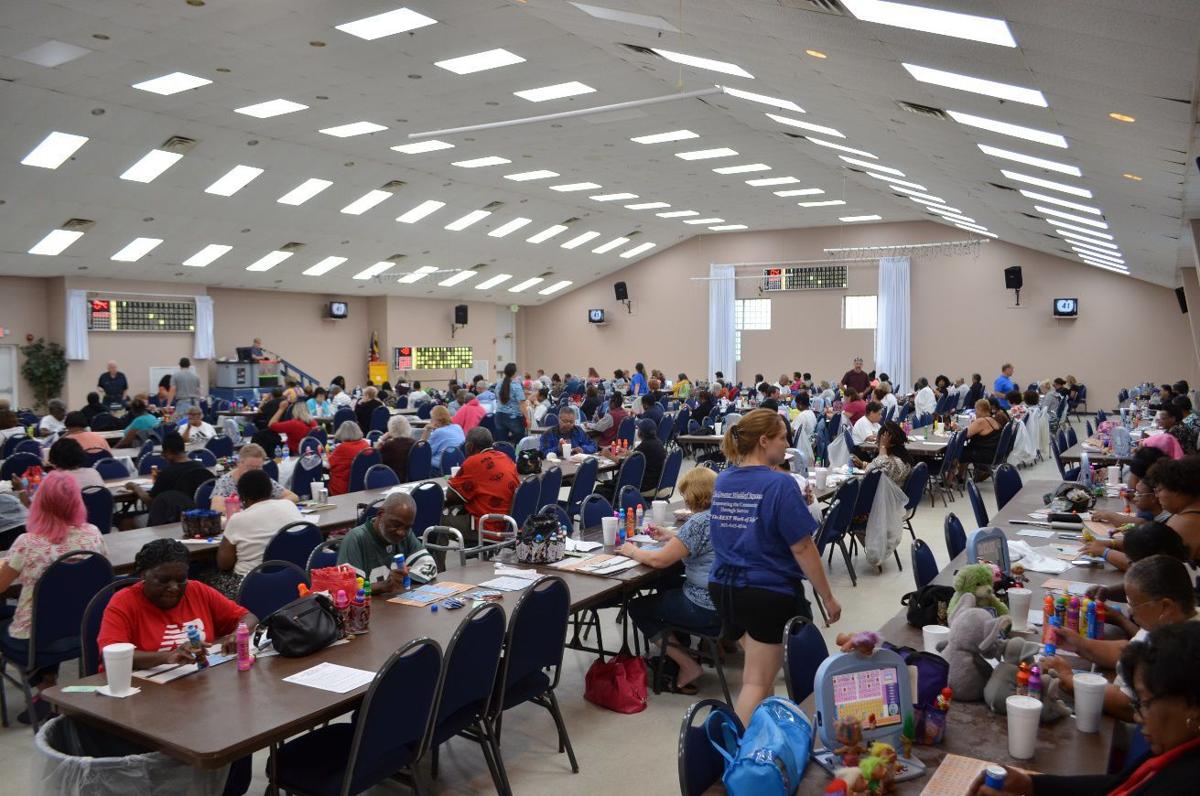 The Jaycees hosts bingo three days a week on Tuesdays, Thursdays and Sundays at 7:30 p.m. All are welcomed to participate in the games, and all proceeds go towards serving the community. 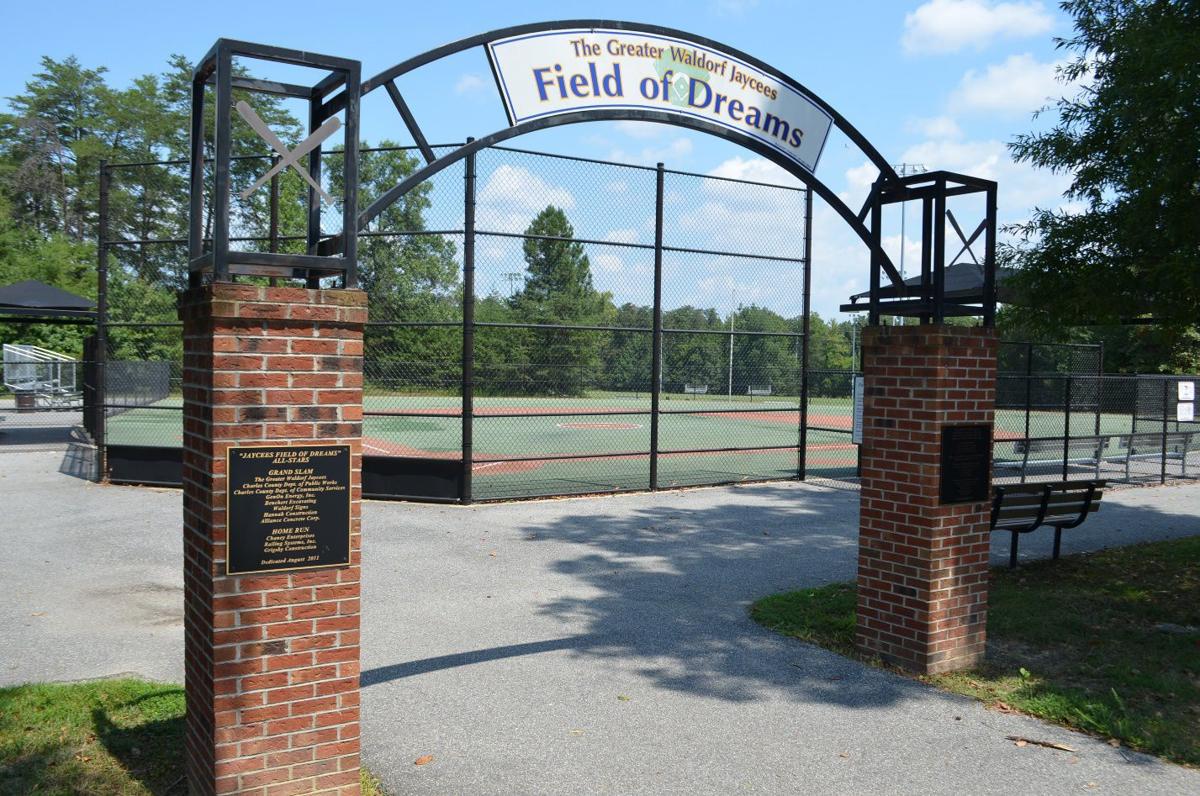 The Greater Waldorf Jaycees “Field of Dreams” is an adaptive baseball facility built for the purpose of serving the disabled. The field is located on Radio Station Road in La Plata. 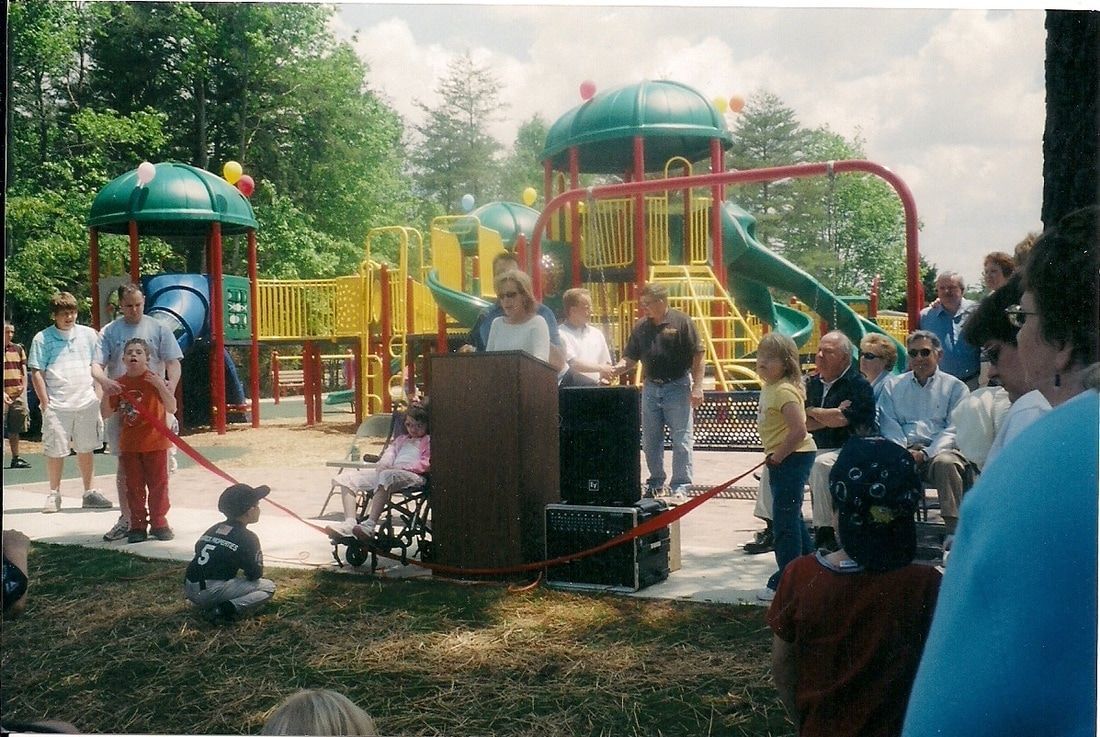 In 2005, the Greater Waldorf Jaycees opened Charles County’s first adaptive playground to serve all children regardless of physical ability. The park is located on Radio Station Road in La Plata.

The community center is located at 3090 Crain Highway in Waldorf. It serves as the chapter’s headquarters and has large event spaces.

The Jaycees hosts bingo three days a week on Tuesdays, Thursdays and Sundays at 7:30 p.m. All are welcomed to participate in the games, and all proceeds go towards serving the community.

The Greater Waldorf Jaycees “Field of Dreams” is an adaptive baseball facility built for the purpose of serving the disabled. The field is located on Radio Station Road in La Plata.

In 2005, the Greater Waldorf Jaycees opened Charles County’s first adaptive playground to serve all children regardless of physical ability. The park is located on Radio Station Road in La Plata.

This year marks the achievement of a milestone for one of the staples of Charles County. The Greater Waldorf Jaycees community center is celebrating 50 years of building, serving and improving the community.

The Jaycees, or Junior Chamber, is a worldwide organization of active citizens ages 21-40 who share a common belief that positive change is achieved through a collective effort to improve themselves and the world around them, according to the national organization’s website. The nonprofit organization engages in several different projects focused on community service, social responsibility, leadership development and self-improvement.

The Jaycees organization starts with the local chapter. The chapter consist of members who volunteer to serve one or more communities. Once a person becomes a chapter member, they automatically become members of the state, national and international organizations, according to their website.

The Greater Waldorf Jaycees was founded in 1969 with a mission of providing leadership training through community service, according to information provided by the Greater Waldorf Jaycees. Over the past five decades, the organization has adopted focuses in aiding the elderly and the developmentally disabled, crime prevention, community development and youth assistance.

“To be president this year is absolutely humbling. To see all the people that have made the Jaycees what they are now, all the work that’s gone into it, the money, the time, the effort, the sponsors we’ve had over the years. It’s really humbling just to be a part of it all,” said Nikki Zimmerman, a four-year member and current chapter president.

The community center located at 3090 Crain Highway in Waldorf serves as the headquarters of the chapter’s events and operations. One of the most popular functions of the building is serving as host for catered events such as dinners, dances, wedding receptions, family gatherings and business meetings.

The Jaycees allow each of its ballroom style rooms to be rented out free of charge and catered to give other nonprofits and community organizations ample opportunity to raise money. Former delegate to the Maryland General Assembly Sally Jameson, a foundation member and first female president of the Waldorf Jaycees, said helping other nonprofits has been part of the Jaycees’ mission since the beginning.

“Ever since we’ve had our building on 301, we’ve tried to make it possible for other organizations to be self-sustaining,” said Jameson.

Catering services are the second largest contributor to the community center’s funds. The catering employees are some of the only hired workers in the whole organization, as it largely consists of volunteers.

On Friday nights they dedicate all their focus to hosting charity organization fundraisers. The venue is free, and the Jaycees cover the catering costs so that all the proceeds go directly to the nonprofit organization raising money.

The largest and most popular contributor to the Waldorf Jaycees operations is the bingo night. Bingo provides the highest percentage of the Jaycees funds with which it gives right back to the community in service and donations.

The community center has bingo night three days a week on Tuesdays, Thursdays and Sundays at 7:30 p.m. Anyone is welcomed to participate in the games, and it is run by current and former chapter members. They even allow community organizations to work bingo nights to raise funds for their own groups.

With the money raised from bingo and catering, every event held at the center helps the community in one way or another.

“All the charity organizations in the county are touched by the Jaycees in some way,” said current chapter treasurer Pam McAllister.

One of the main community outreach focuses that the Jaycees have adopted is aiding the elderly. Over the years the Waldorf Jaycees have impacted the lives of senior citizens significantly in the form of affordable housing, social activities, food availability and emergency assistance.

They’ve been the catalyst for the construction of multiple senior living facilities including the first one ever built in Charles County. Before the Jaycees opened its facility, there were no housing facilities in the community available for senior citizens, Jameson said.

Some of the events they’ve put on each year are the Senior Citizens Prom, Senior Citizens Picnic and Senior Christmas Dinner. Most of the senior projects are conducted in partnership with Charles County Aging Services and collectively garner over a thousand participants annually, according to the Jaycees’ website.

In 1980, the Jaycee Senior Apartment project was recognized as the best single project in Maryland, the United States and the world. The 36-unit subsidized facility cost $2 million to construct and has been fully functioning since it was built.

Another focus adopted by the Jaycees is aiding the developmentally disabled. The Waldorf Jaycees were the first to build a center for mentally and physically impaired individuals in Charles County, Jameson said.

The Spring Dell Day Care Center located on Radio Station Road in La Plata, was the first major project attempted by the Waldorf Jaycees. The facility is committed to assisting individuals with disabilities in achieving their highest level of independence.

According to their informational booklet, the Jaycees also initiated Special Olympics in Charles County over 40 years ago. Now, in a partnership between Special Olympics Maryland and the Department of Community Services, individuals with intellectual disabilities are offered year-round programs including athletic conditioning, training and competition.

But it doesn’t stop there. Several years ago, a drive was initiated by the Waldorf Jaycees to build the county’s first adaptive playground to serve all children regardless of physical ability. This drive blossomed into the construction of Laurel Springs Park and eventually “The Greater Waldorf Jaycees Field of Dreams,” an adaptive baseball facility built for the same purpose of serving the disabled.

In partnership with the First Baptist Church of Waldorf and in accordance with the Tim Tebow Foundation’s “Night to Shine,” the Jaycees put together an unforgettable prom experience every year in February for those with special needs, Zimmerman said.

As for youth assistance, the Jaycees have faithfully put together several different projects in partnership with other local organizations to ensure the growth of youth activities in the county, especially in athletics.

“Things have really changed for young people, it used to be there were no options. If you were a kid growing up in Charles County the only option you had was playing baseball. Then suddenly there was football, soccer, tennis, lacrosse; it just kept growing and growing,” said Jameson.

Today, the Jaycees sponsor over 30 teams in 16 local sports organizations. They are also responsible for the construction of the Stethem Youth Sports Complex, named after local American hero Robert Dean Stethem.

Outside of athletics, the Jaycees sponsor student aid and advancement programs such as Destination Imagination, Toys for Tots, a scholarship program for students attending the College of Southern Maryland and their own in-house program called “The Backpack Project.”

According to McAllister, Jaycees members get together each year to donate bins full of school supplies to 23 elementary schools throughout the county for children in need. Bins include binders, notebooks, papers, pens, backpacks and whatever else a student might lack.

From bingo nights to fundraisers it takes a tremendous amount of service hours to make sure things run smoothly.

The chapter and foundation are made up entirely of volunteers. Once a member has exceeded the age limit allotted then they can no longer be chapter members but can still volunteer as much of their time as they would like.

Chapter president Nikki Zimmerman says she is thankful for past members participation.

“Without the older members I’m not sure how far we’d get. They’re a big source of our manpower. They have the experience that we don’t have. If it wasn’t for them, we wouldn’t know where to bring this,” said Zimmerman.

Jameson reiterated that thought: “If it wasn’t for people that hung around and made sure that the organization was able to continue, it would have been over and done with a long time ago.”

The dedication of older members surely helps keep the chapter kicking, but the organization is always actively looking for new members to join. Open meetings are held on the fourth Monday of every month, and all are welcomed.

From the people to the projects to the places, the 50 years of service and work of the Greater Waldorf Jaycees can be seen in almost every corner of the county.