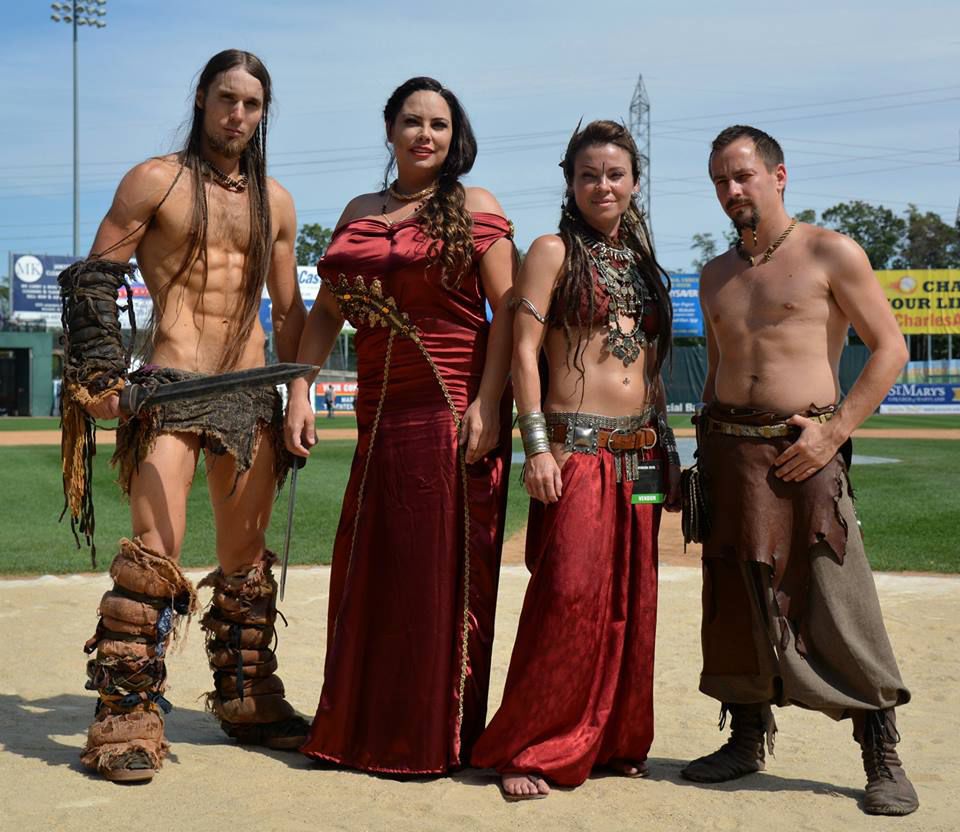 Cosplayers at last year’s Rebel themed SpartaCon held at the Regency Furniture Stadium, which will be featured again at SpartaCon II Roman vs. Rebels on August 13-14 at the same stadium. 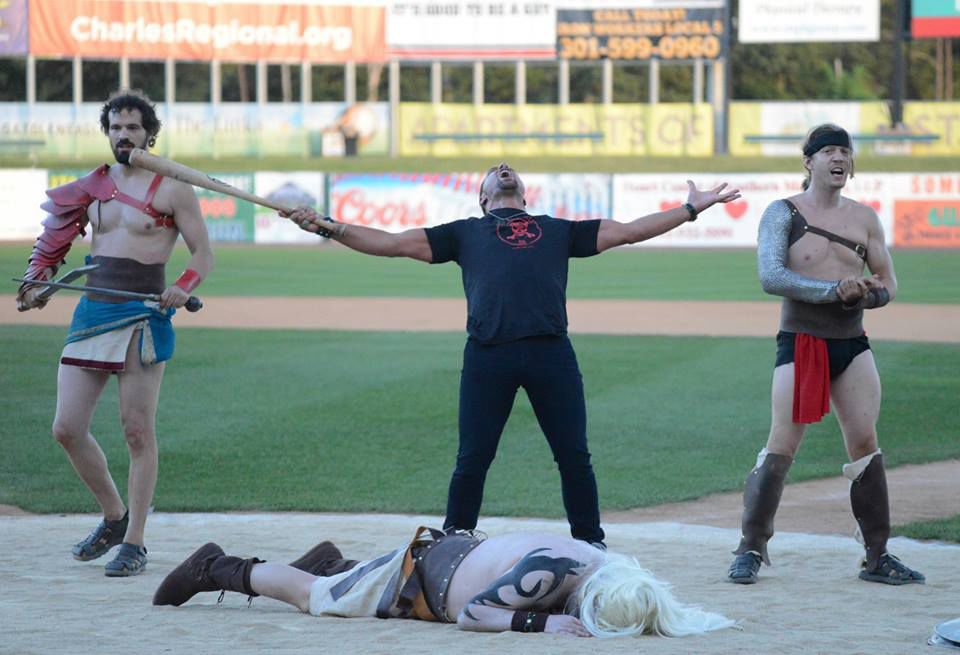 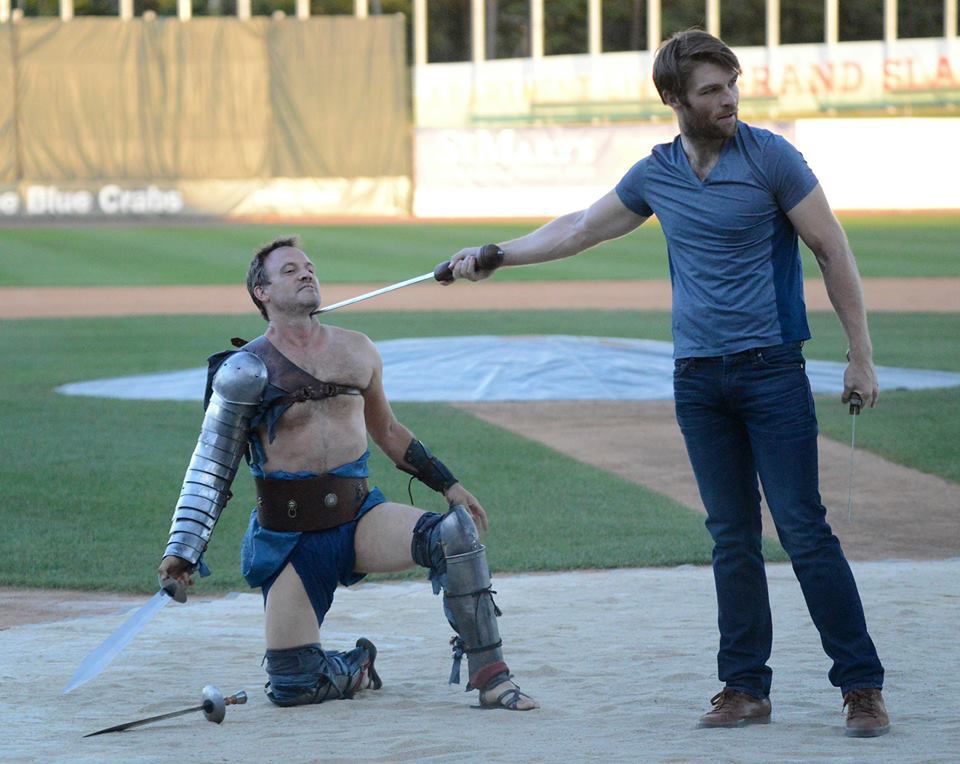 Cosplayers at last year’s Rebel themed SpartaCon held at the Regency Furniture Stadium, which will be featured again at SpartaCon II Roman vs. Rebels on August 13-14 at the same stadium.

Charles County residents had better grab a sword, helmet and shield in preparation for this year’s SpartaCon event at Regency Furniture Stadium in Waldorf. Thousands are expected to attend the convention this Saturday in order to celebrate their favorite STARZ television show, “Spartacus,” with many of the show’s celebrities and gladiator activities.

On Aug. 13-14, SpartaCon II, organized by The Red Serpents, will be held at 11 a.m. to 8 p.m. on Saturday and 11 a.m. to 6 p.m. on Sunday. The Red Serpents are fans of the show’s culture and history. The company name is taken from the STARZ series “Spartacus” that was inspired by the historical figure of Spartacus, a Thracian gladiator who led a major slave uprising against the Roman Republic. According to STARZ, the first season of the show alone had an average of 1.285 million viewers.

“SpartaCon is the first and only U.S.-based fan convention for fans of the television series ‘Spartacus’ as well as ancient Rome in that era,” Montgomery said. “The Roman vs. Rebels theme this year is set to excite all people. People from as far as Japan, Argentina and New Zealand are flying out to this event. If you are a fan of television and films, such as ‘Spartacus,’ ‘300,’ ‘Vikings’ or ‘Xena,’ if you enjoy reading books about ancient cultures such as Rome and Greece, or if you love live action role-playing [LARPing], then The Red Serpents is a community for you.”

Meagan Snyder, The Red Serpents marketing outreach coordinator, has been an asset in helping to plan and organize SpartaCon convention since its inception. She said when The Red Serpents first approached the show’s celebrities with the SpartaCon idea, word spread like wild fire amongst the cast and they are excited to participate.

“This year’s convention will be bigger and better than last year’s,” Snyder said. “We are going to focus more on the Roman side of it with more cast members from season four. There will be archery, a fire artist workshop where you can safely play with fire, and the Gladiator Academy is even bigger this year with the cast members actually leading the workshop since each of them have training in specific skill sets.”

Snyder said the convention’s live gladiator battle is what separates this convention from other fan conventions and the SpartaCon staff aimed to bring to life what fans have seen on the show.

The Red Serpents decided to break up the Gladiator Academy into three separate parts. Each circuit is led by “Spartacus” cast members, the Legion-inspired Training & Nutrition taught by Tyrone Bell and Manu Bennett (Crixus), the Gladius and Dagger taught by Ellen Hollman (Saxa) and Stephen Dunlevy (The Egyptian), along with the Taiaha Maori Staff taught by Anatonio Te-Maioha (Barca). Both Snyder and Montgomery said attendees anticipate seeing Manu Bennett (Crixus) and Liam McIntyre — who played Spartacus on the STARZ television series — at this year’s SpartaCon.

Montgomery said she chose to have the convention in her hometown, Waldorf, because its grassy, green, natural beauty and layout really add to the SpartaCon atmosphere.

“The Southern Maryland Blue Crabs staff has been absolutely perfect to work with,” Montgomery said. “They work with us to keep the line of communication open and we love the stadium. With their help we are bringing ancient Rome to Waldorf, and now I don’t want to have a convention anywhere else.”

“It has been a pleasure to work with Red Serpents in organizing SpartaCon this year,” said Jason Sproesser, Southern Maryland Blue Crabs corporate sales manager. “There is so much buzz surrounding the event, and last year’s event was so special. As an organization, we look forward to seeing what new and interesting things will be added to SpartaCon this year to take it to the next level. We could not be any more thrilled that they have chosen Regency Furniture Stadium as the home of SpartaCon.”

Snyder said that SpartaCon is also done in memory and dedication of Andy Whitfield, who starred as the original Spartacus in the series but unfortunately passed away after filming the first season. SpartaCon continues to show an appreciation of the show and its characters as it becomes more popular around the world.