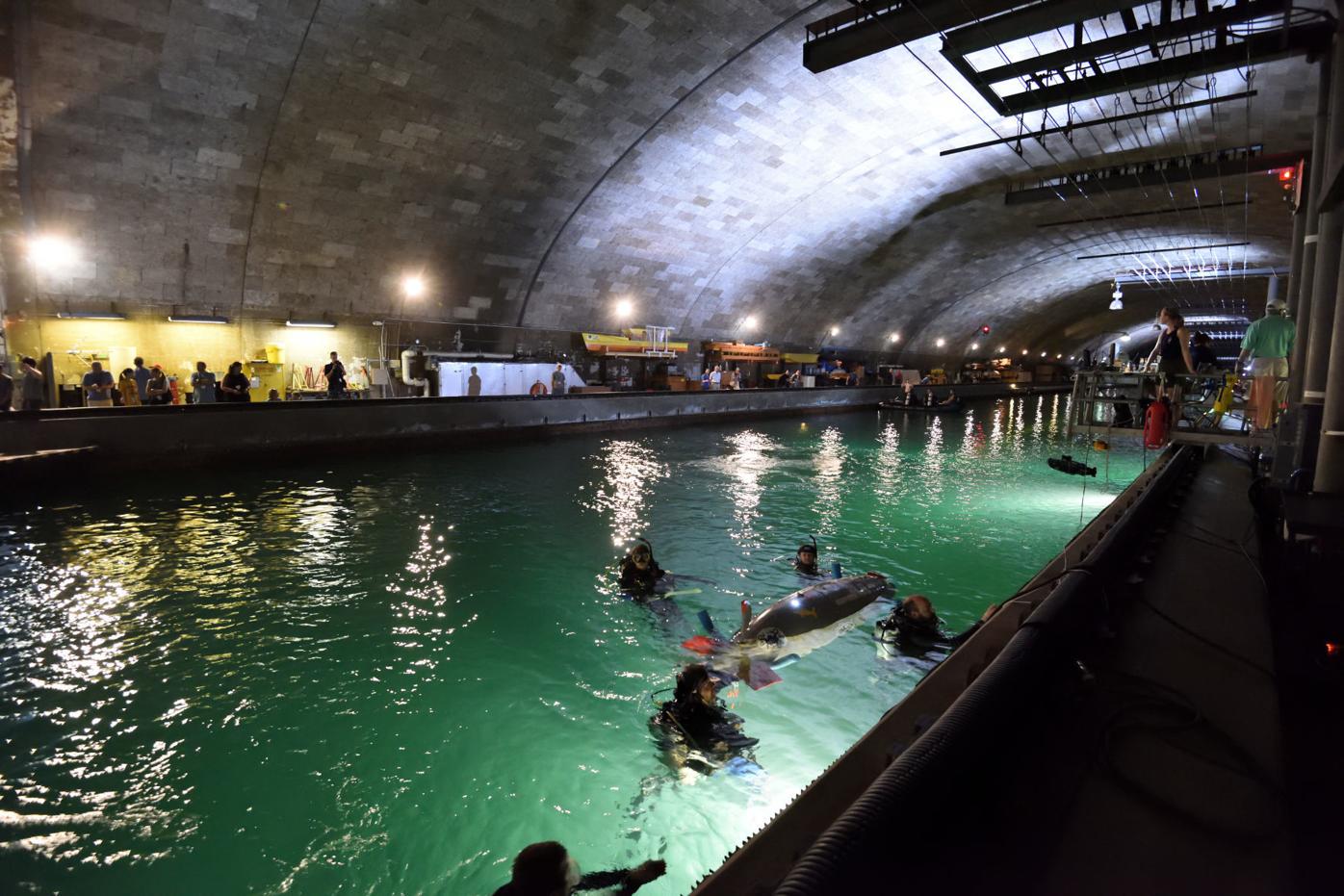 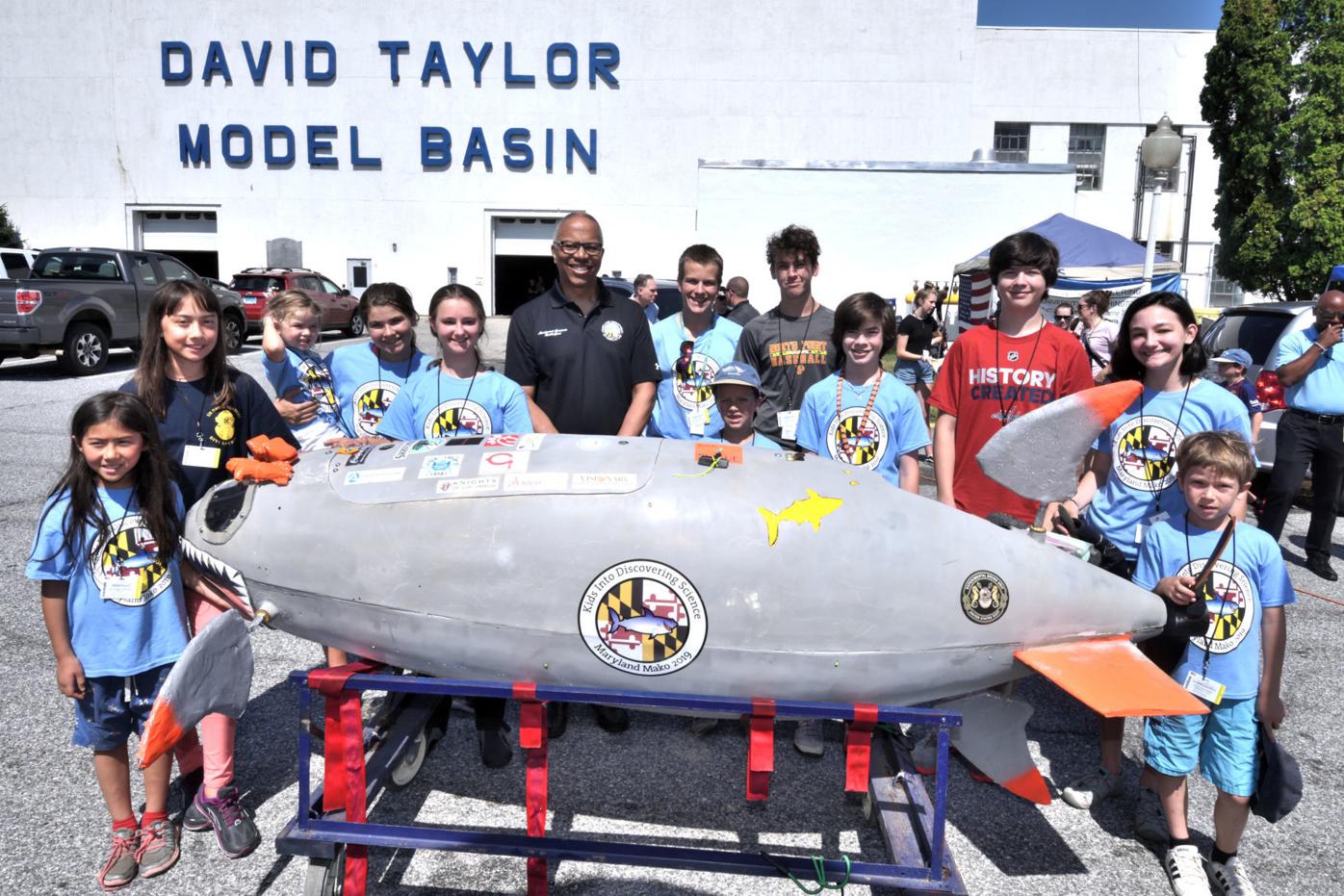 The K.I.D.S. team from Accokeek got a visit from Lt. Gov. Boyd Rutherford (R) while they were at Naval Surface Warfare Center, Carderock Division in West Bethesda last month for the International Submarine Races.

The K.I.D.S. team from Accokeek got a visit from Lt. Gov. Boyd Rutherford (R) while they were at Naval Surface Warfare Center, Carderock Division in West Bethesda last month for the International Submarine Races.

A local STEM-oriented group for kids raced to greatness once more at a submarine race.

For the third time, Accokeek-based nonprofit Kids Into Discovering Science headed to the biennial International Submarine Races, held at Naval Surface Warfare Center, Carderock Division in West Bethesda last month. Paola Carts, one of the parents who helped form the organization, said she and three other families were inspired to do so after competing in the race for the first time in 2013. They had 30 team members in 2017, and this year the group sent a team of 15 kids and teens to compete against others from all over the world, even college students.

This year’s submarine the team designed, the Maryland Mako, was one of 21 to go compete at the base.

A group of children aged kindergarten through sixth grade designed and built the submarine’s emergency systems, Carts said, like its strobe light, air source, a “dead man’s switch” that activates a buoy to the surface and hatch openings.

Meanwhile, one group of high school students designed the Mako’s steering system while another worked on its propulsion system and its gearbox. The logo on the submarine, Carts said, was decided by an art contest the kids held amongst themselves, and they named it themselves: “The mako is the fastest shark in the sea,” Carts said.

The team got off to a strong start, Carts said. All safety systems have to be fully operational before they’re permitted to race, she explained. Submarines can’t get in the water without confidence that it will work, and they must pass inspection on dry land before going on to the race course. The Maryland Mako passed its inspection the first time around.

However, the race wasn’t entirely without mishaps, the biggest of which Carts said was “a situation we never expected to be in.” While in the basin, Carts said, one of the competitors tasked with piloting the man-powered submarine had the misfortune of the regulator for the air tank failing while he was submerged. It took quick thinking, but the boy was ultimately fine.

“He had the wherewithal to deploy the buoy, grab the emergency air regulator, stick it in his mouth and just wait for the Navy divers,” Carts said of the pilot. “I thought those elementary school kids should be very proud of themselves that potentially they saved a life, because we never expected that to happen.”

He then got back on the horse, so to speak, and proceeded to set the group’s new speed record for the competition.

Ultimately, the K.I.D.S. team was recognized as the fastest submarine from an independent team, with a top speed of 2.34 knots. The youngest team there, they also split the Spirit of the Races award for team spirit with a group from Canada. That award, Carts said, is voted on by those competing, which made that win “a very nice experience” for the team.

According to a press release from the base, many of the kids who compete stay with the team from year to year. Liam Vincent was one of the children at the pool the day the group was testing the submarine back before K.I.D.S. was formed, and he has been involved ever since. Vincent will be a high school junior this fall and is the group’s project manager.

“It’s my job to make sure that everybody is involved, that everyone has a role and that we’re targeting their interests,” Vincent said in the release.

A retired design engineer herself, Carts said participation in the race is a valuable learning experience for the children and teens who participate. They learn problem-solving skills, she explained, and just by competing they’re receiving a much-valued introduction to the world of science and technology and setting a solid foundation for their future.

And they’re making a good impression while they do it: One of the team’s 15-year-old divers was the only participant all week to get a sought-after ‘challenge coin,’ Carts said.

Two other kids were also asked to help announce the races for a bit.

“We all learn something, and that’s our primary mission,” Carts said. “I think all the kids feel really empowered when they learn how to use a new tool. Our youth had a huge experience.”