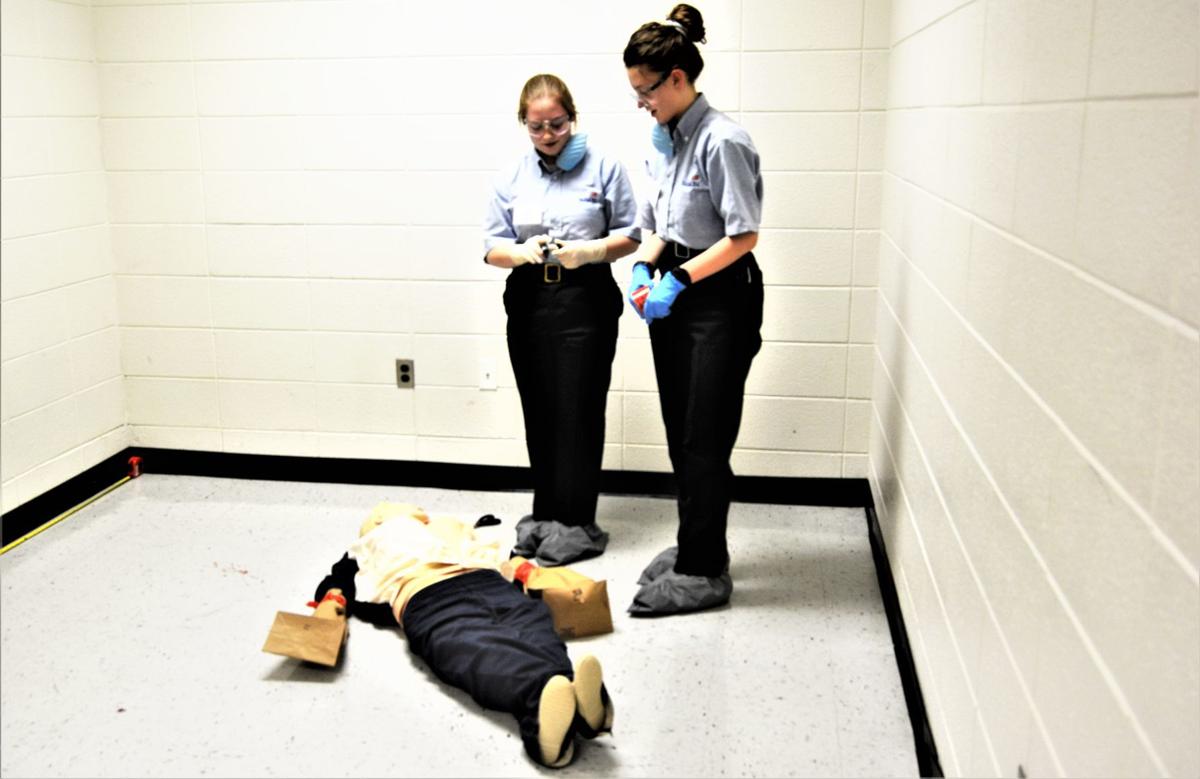 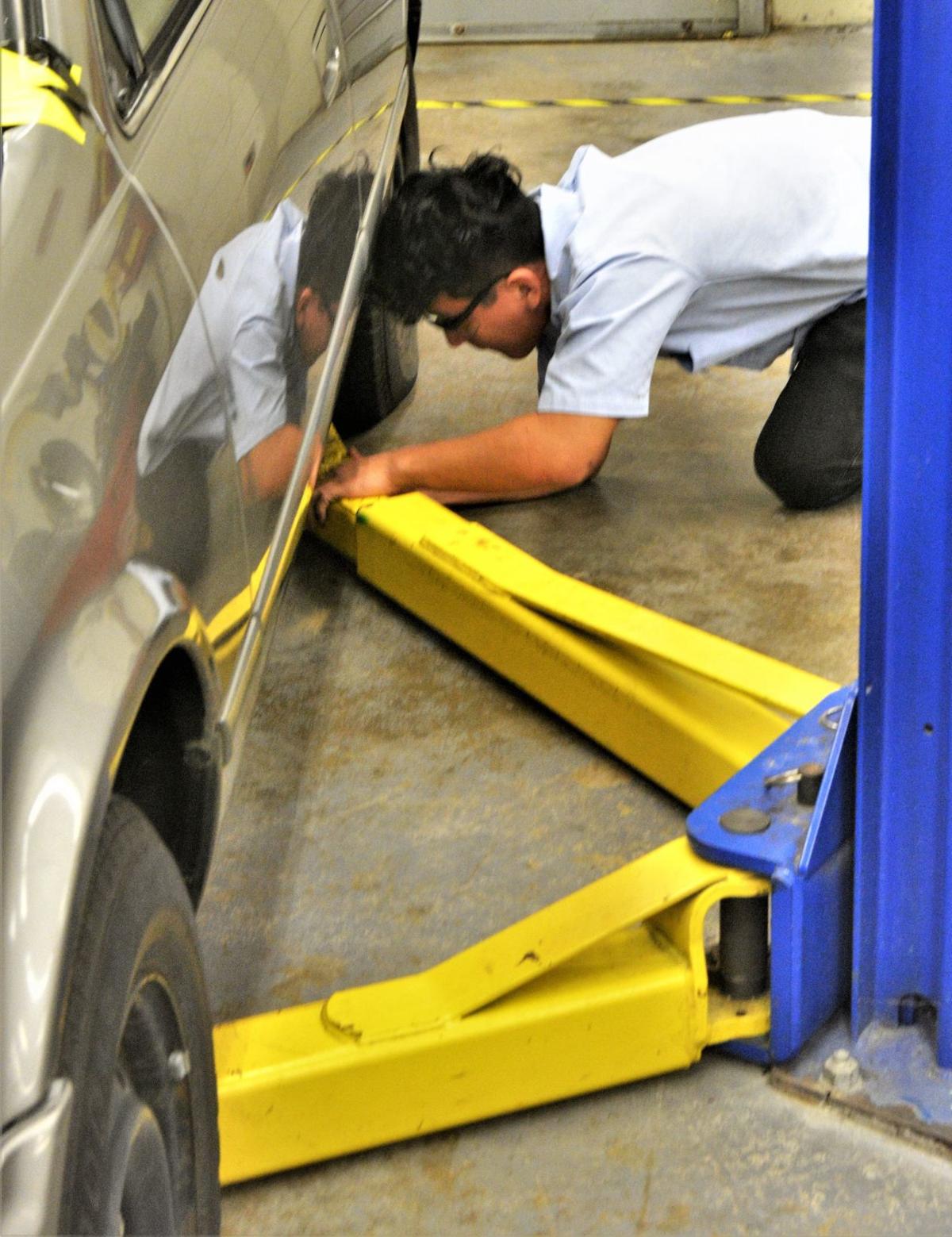 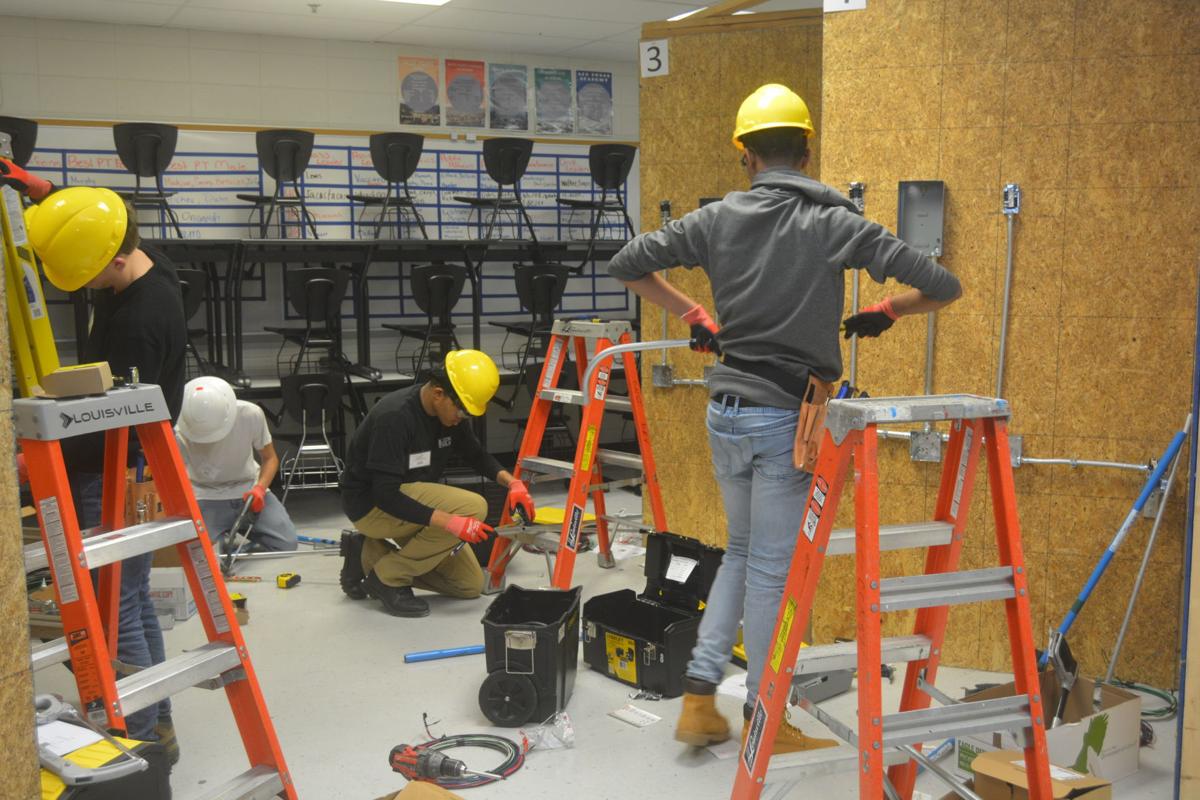 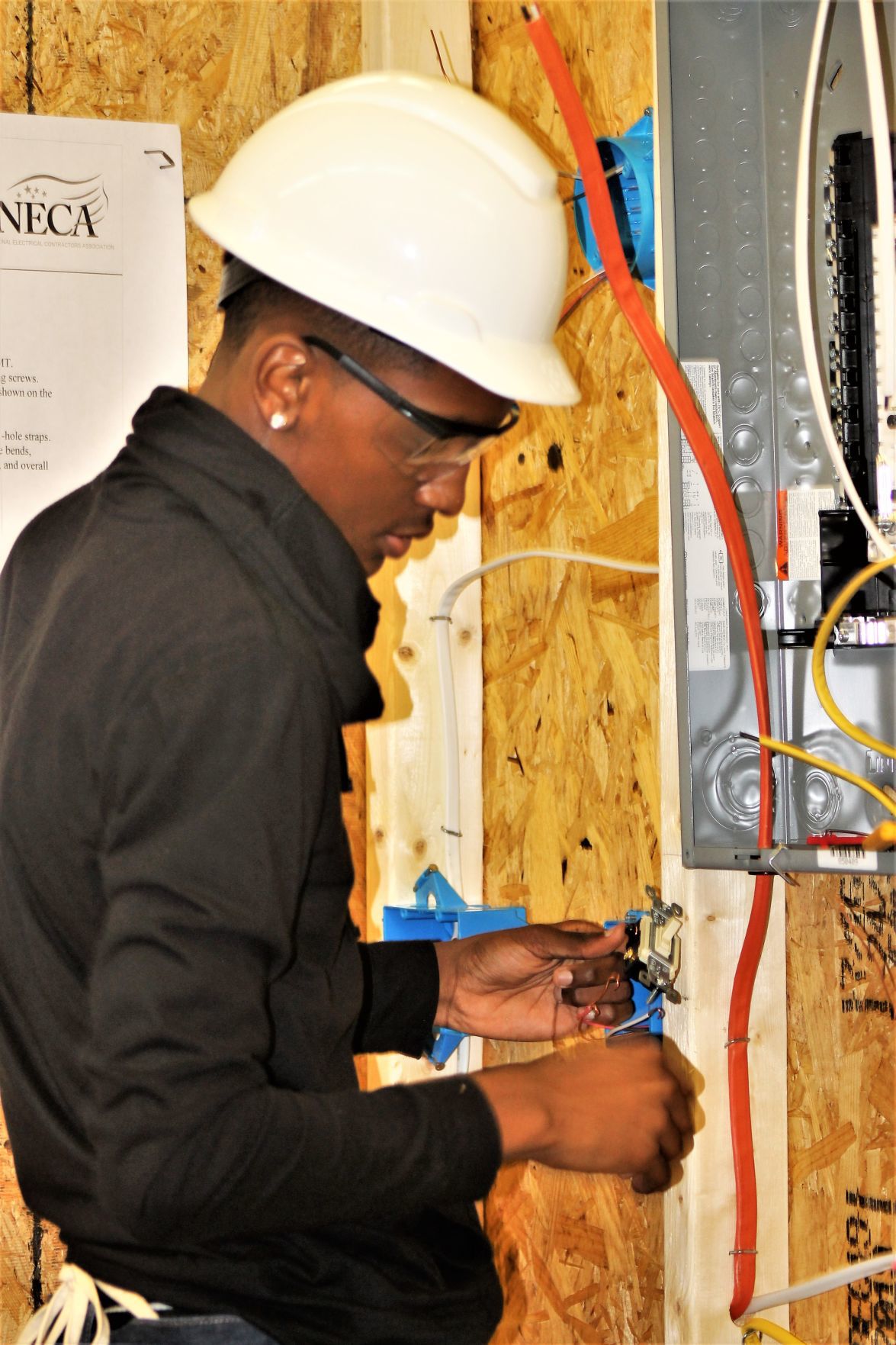 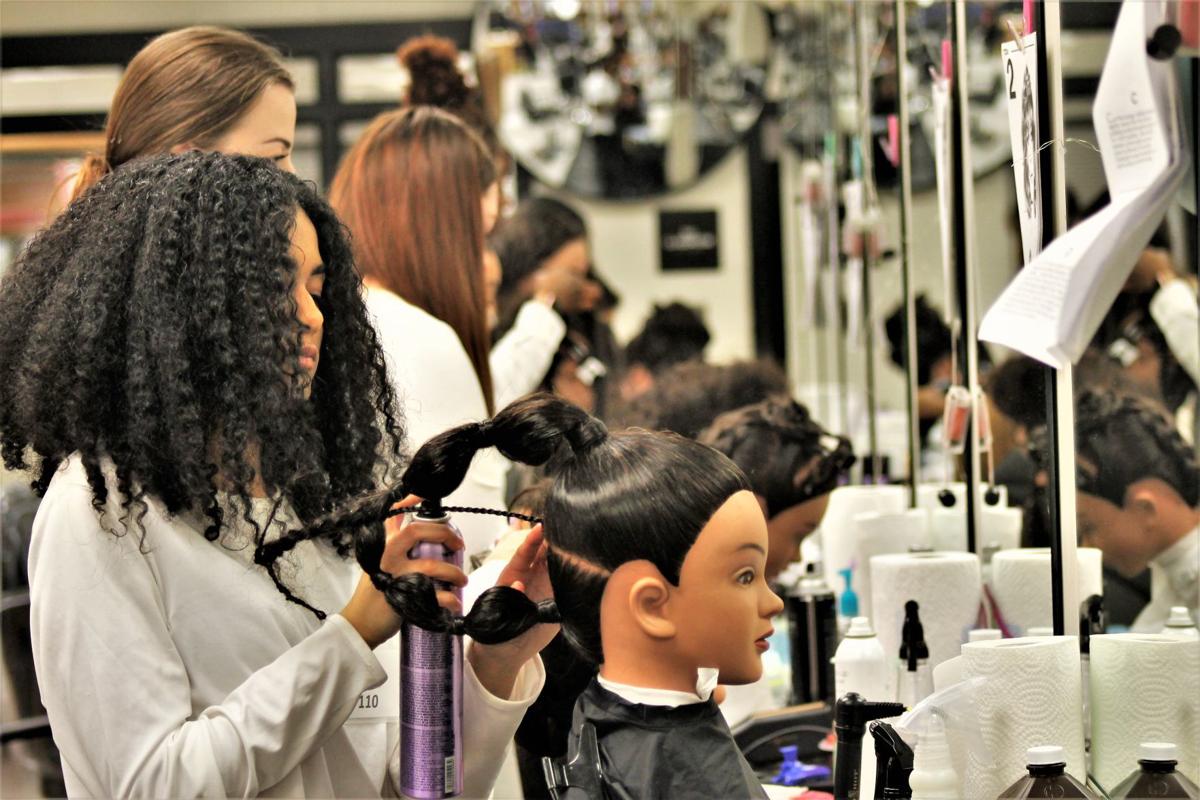 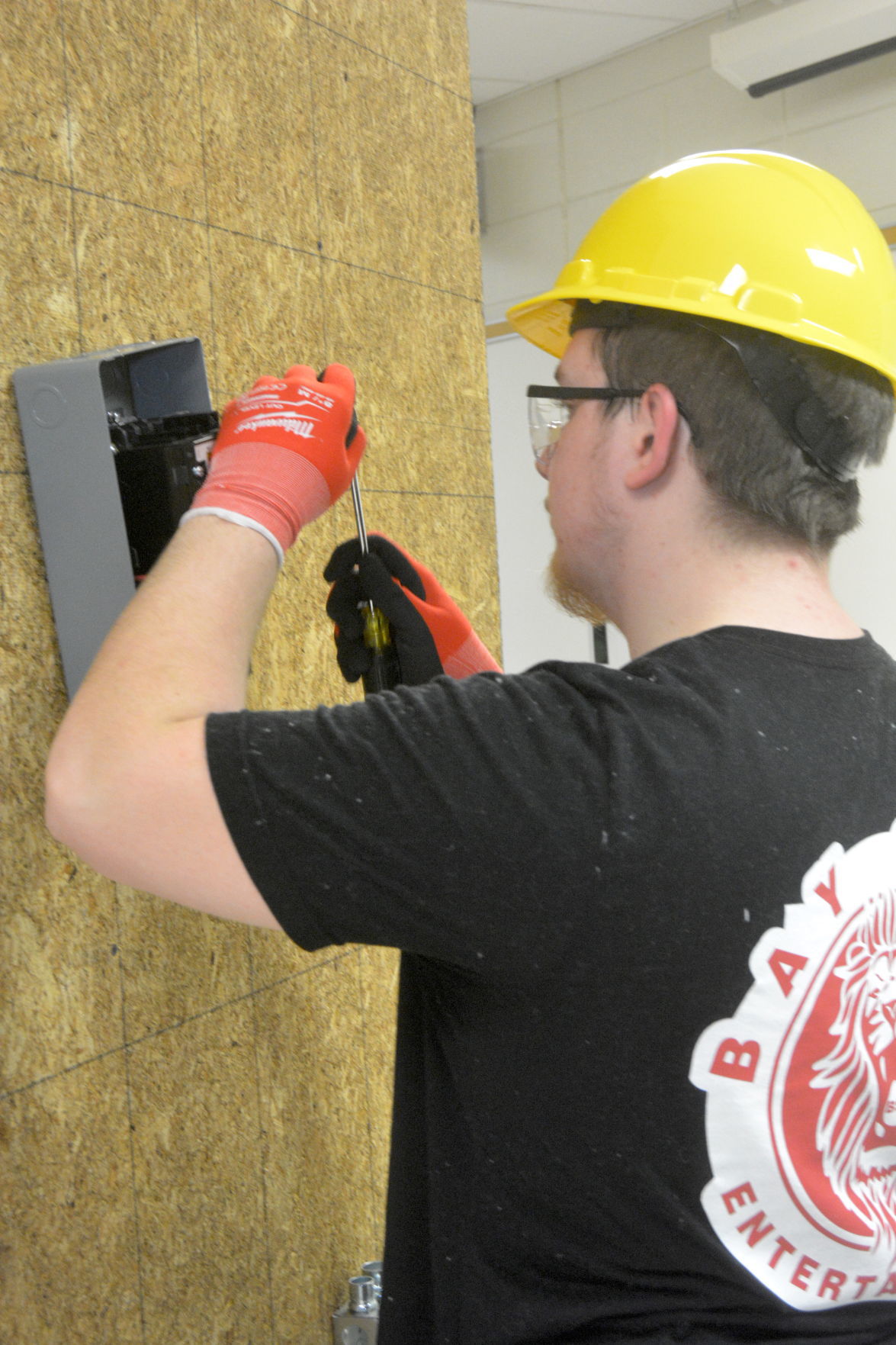 North Point High School won the lion’s share of medals in the 2020 SkillsUSA Region Four Competition that ended Saturday at the school, taking 41 of 77 medals, according to results released by event organizers.

North Point took 14 gold, 20 silver and seven bronze medals in the 20 events that included written tests and timed events that were scored by judges using a rubric that addressed specific steps in each of the processes.

Prior to moving to North Point, Davis said she had been a family consumer science teacher for 17 years at Henry E. Lackey High School and a vice principal in Charles County Public Schools since 2007.

Ronald Scott Jr., job placement coordinator and SkillsUSA adviser for the past four years, said, “The way it works is that the top three winners in each contest at the regional level move on to the state level competition April 17, 18 in Anne Arundel County.” Scott said he has worked for the Charles County School System for 16 years.

“The first place winners of the state competition move on to the National Competition June 23-26 in Louisville, Kentucky,” he said.

Davis added, “During the last six years that I have been here, we have 12 to 36 students, depending on the year, place at the state level and move on to nationals.”

“These are our CTE [Career and Technical Education] students. This is their arena. This is where they perform and shine. So they bring to the competition all the skills and knowledge they have learned since they were ninth graders,” she said.

She said that some of their competitions go straight to the state level and do not have regional assessment.

Scott said that 65 North Point students were in the regional competition.

“The framework of the competition is personal skills, workplace skills and then the technical skills,” he said.

“Each program is judged in those three areas, and each contest has its own technical skills requirements,” Davis said. “The judges are industry based adults who volunteer their time to come and are looking at our students from that perspective.”

She further explained that there is a scoring rubric specific for each contest, and those doing the judging are knowledgeable in their field.

“They are industry based. They own businesses and organizations or are union reps looking at the students to see if they are prepared in these content areas and ready to enter the workforce,” Davis said.

Mark Thompson, with the International Brotherhood of Electrical Workers Local Union 26 and chairman of the judges for the Industrial Motor Controls regional competition, said, “To be at the age that they are, and to have this level of aptitude always makes it enjoyable for me to participate.”

He said they are tested on their code book knowledge and then are asked to complete an installation project within a time limit as determined by industrial standards that say how long a project should take to complete.

“I have been judging for three years in Maryland and Virginia and this group is one of the best I’ve seen,” he said. “To know the code book like they do, for their age and experience, is outstanding.”

SkillsUSA is a nationwide organization that was founded in 1965, according to the organization’s official website. “SkillsUSA is a national membership association serving high school, college and middle school students who are preparing for careers in trade, technical and skilled service occupations, including health occupations, and for further education,” the site stated.

Additionally, the site states that “in 2018-19, 20,926 teachers served as professional members and SkillsUSA advisers. Combining alumni membership, the total number reached last year was 427,432. SkillsUSA has served more than 13.5 million members since its founding in 1965.”