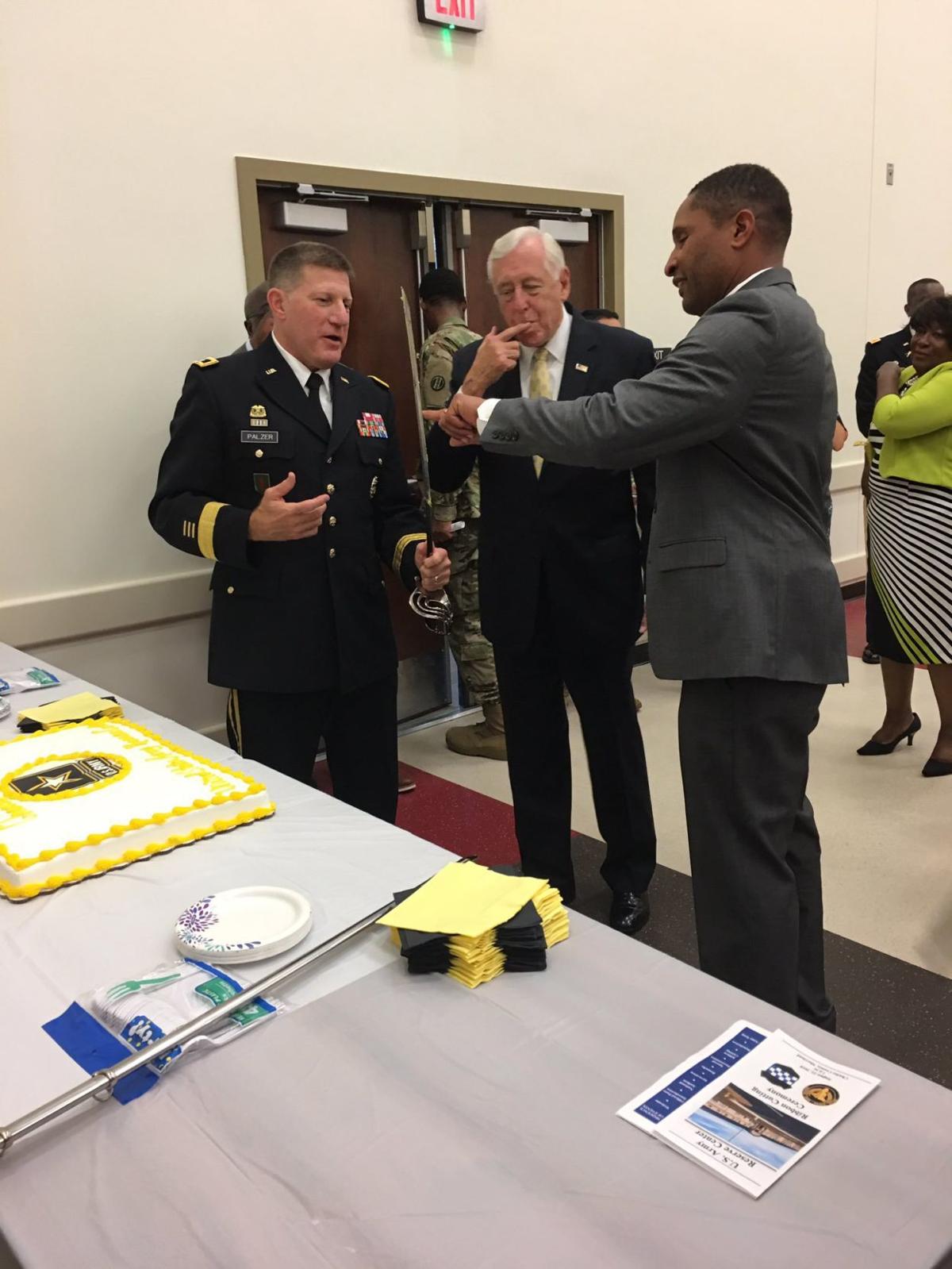 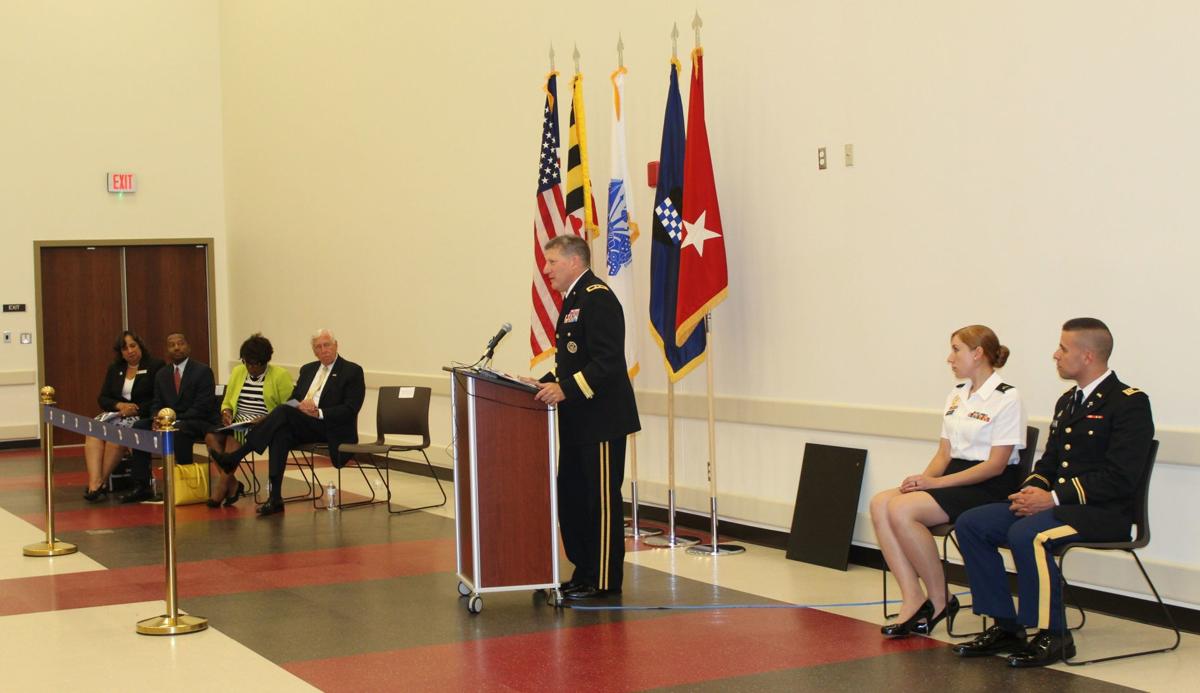 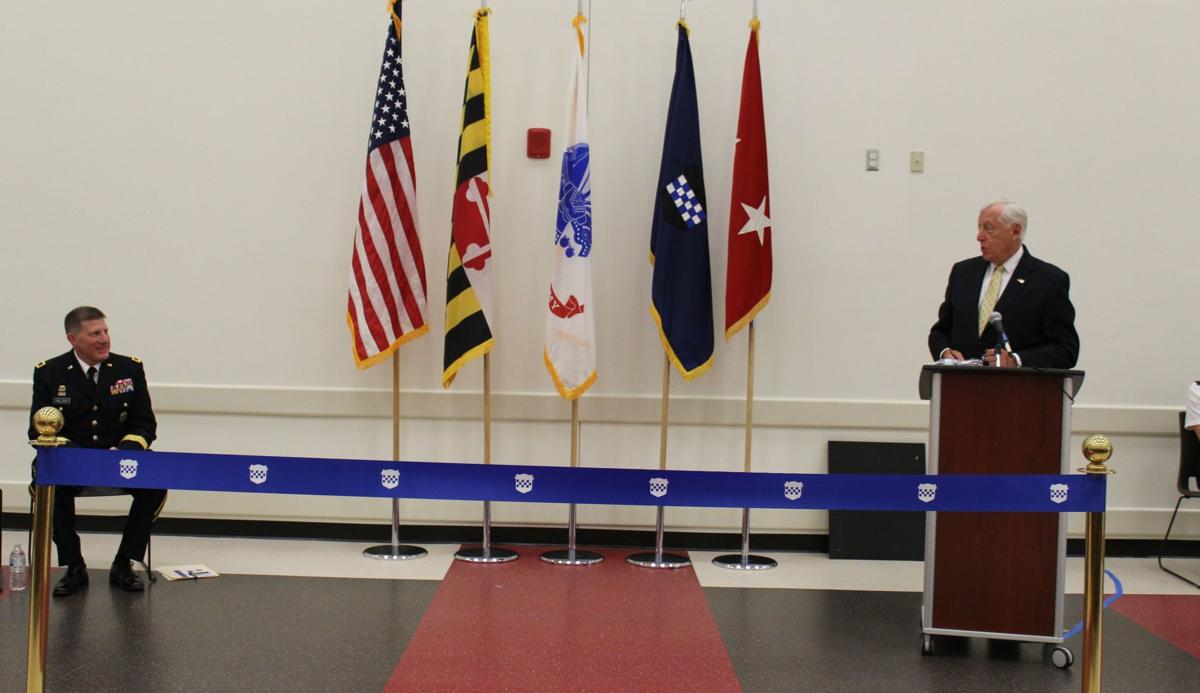 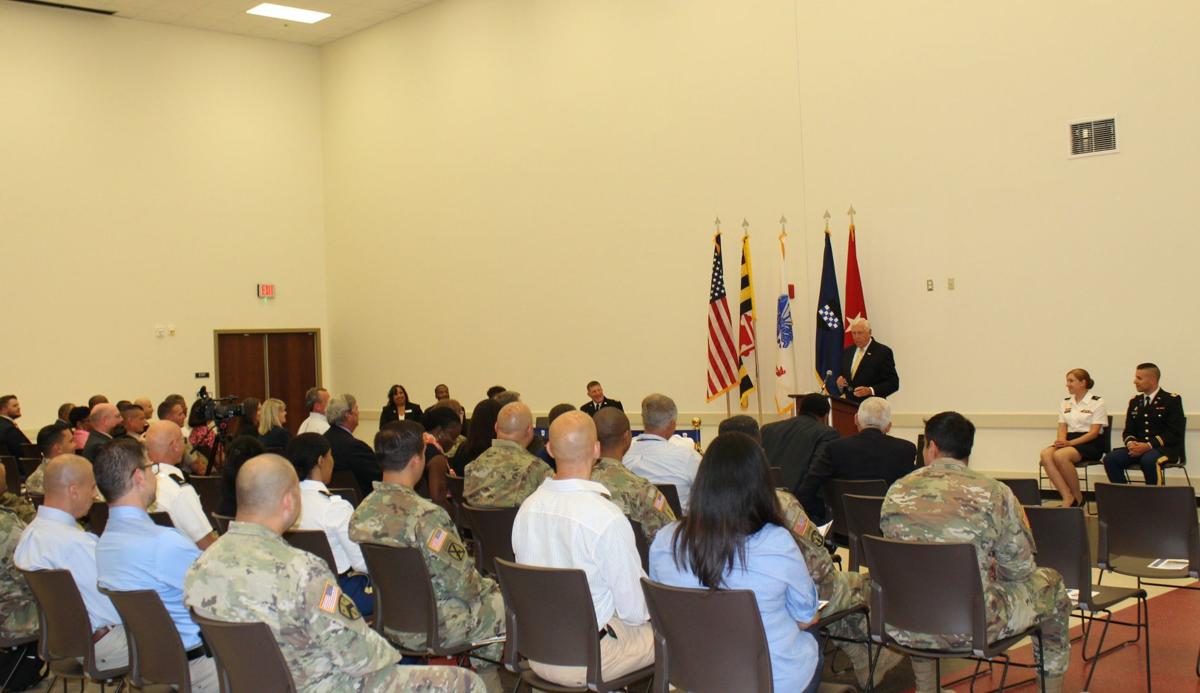 Officials gathered Thursday afternoon to cut the ribbon on a new Army Reserve facility in White Plains that’s expected to be a boon for both the military and the local economy.

Federal, state and local officials joined citizens and soldiers to usher in the use of the brand new, 80,000-square-foot facility, which will serve as the new training grounds for as many as 600 soldiers a week. The $22 million facility was designed to be very eco-friendly, said Maj. Gen. Mark Palzer, and for decades to come will serve as a means of training the country’s first line of defense.

As commander of the 99th Readiness Division, Palzer said that chief among his concerns when it came to designing the new facility was how it would help the troops who train there stand ready to serve in any situation. He said he was heartened to see how much support the military has from the local community. That “outpouring” of support, he said, shows that the people here support not just the country’s fighting forces but one another.

“A lot of people don’t realize this: You hear about the [U.S National Guard] a lot, but the Army Reserves, they’re just like them,” Palzer said. “They’re in your community. They’re your next-door neighbors. A lot of people probably don’t know that the guy or gal around the corner happens to be in the reserves.”

Palzer said their primary focus is on taking care of their soldiers, so they can take care of the nation. The people who serve, he said, are this country’s greatest resource.

This facility, he said, will help them achieve their goal of readiness and help prepare the next generations of Maryland soldiers “long after I’m out of the Army, I guarantee you that.”

“This is not a five or 10 year investment,” Palzer said. “It’ll be here for at least 30 years. It will help ensure the Army Reserve remains the most capable, combat-ready and lethal combat force in our nation’s history.”

Currently, Palzer said, just 1% of the population serves in the military and 71% of youth, for a variety of reasons, are not eligible for service. We’ve become “a McDonald’s society,” Palzer said, and 50% of youth “know very little” about the military beyond media portrayal. In the face of that, Palzer said support from the local community shows him there is hope.

“I’m not going to ask for more money or anything,” Palzer said. “I’m just going to ask you to support your military families ... because that in and of itself shows so much to people. That’s what makes our service members stay in.”

A recent trip to Israel, House Majority Leader Rep. Steny Hoyer (D-Md., 5th) said, left it fresh in his mind that every citizen there serves in the country’s military reserves, and in fact military service is largely compulsory.

“They know the survival of their country depends on their willingness to serve,” Hoyer said. “To the reserves, I say thank you. When the fire bell of national security rings, you have said ‘I’ll be there.’”

“No matter how pretty the building looks,” the congressman said, what happens on its grounds is entirely dependent on the people inside. Their “talents and commitment and courage” make the investment of the taxpayers worthwhile, while also ensuring the nation’s military remains the best.

The economic boost for the county can’t be ignored either, Hoyer said.

“[The soldiers who come to train] may stay overnight at one of our hotels, or they may go to one of our car dealerships on the way home. All kinds of ways that we can get their money,” Hoyer joked.

The ceremony, Hoyer said, is a symbol of the best of federal, military and state forces working together. Southern Maryland, Hoyer noted, has a long and proud tradition of military ties, even as the boundaries of the Fifth District have shifted. Many residents have served.

“They’ve said ‘I’ll be there,’” Hoyer said. They’ve stepped up like the minutemen of the American Revolution, he said, as have all the country’s servicemen and women. Those who serve here will serve at “one of the best reserve sites in the nation.”

“You agreed to anchor here, and for that we are extremely grateful,” Charles County Commissioners’ President Reuben B. Collins II (D) said at the beginning of his remarks. Charles County, he said, has an “unmatched” quality of life, and the presence of the new facility is proof of just that.

And the facility will, indeed, be the boon for the local economy that had been noted previously, Collins said. They expect it to draw “hundreds” of reservists per week, who will patronize local businesses. Collins said the county expects it will create 60-70 new jobs, and make the area more attractive still to other businesses looking for a new home.

Del. Edith Patterson (D-Charles), who lives near the site, said she’d wondered what was going on with the construction there a few months previously and was pleased to see such a “beautiful” facility taking root.

Their decision to establish a centralized training facility here in the county, she said, was an excellent call.

“You made a great choice using this site,” Patterson said. “Most of all, we’re so proud to recognize and acknowledge that this ... is occurring here in Charles County. We’re certainly appreciative of what you’re doing.”