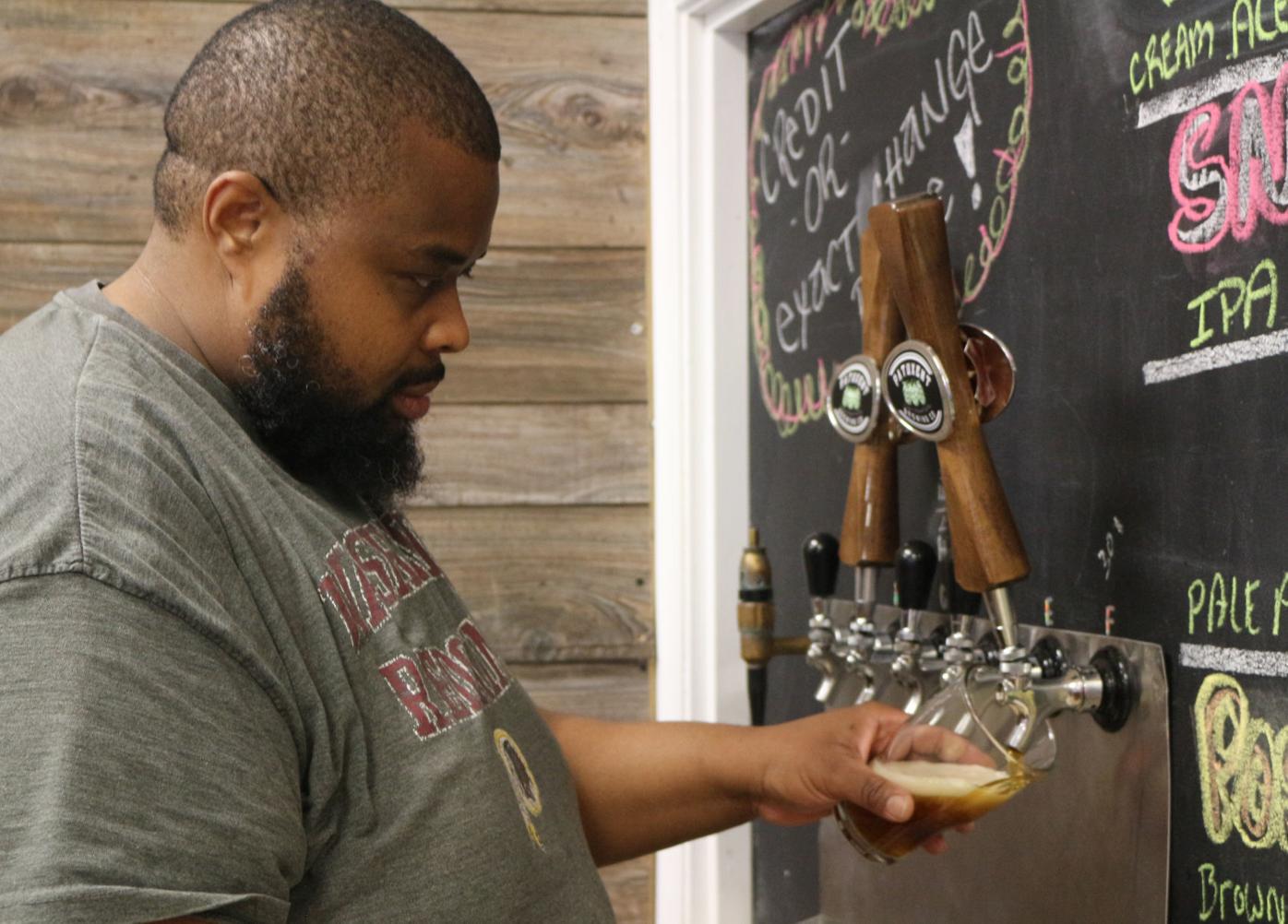 Above left, Davie Feaster started making beer in his home in 2014. 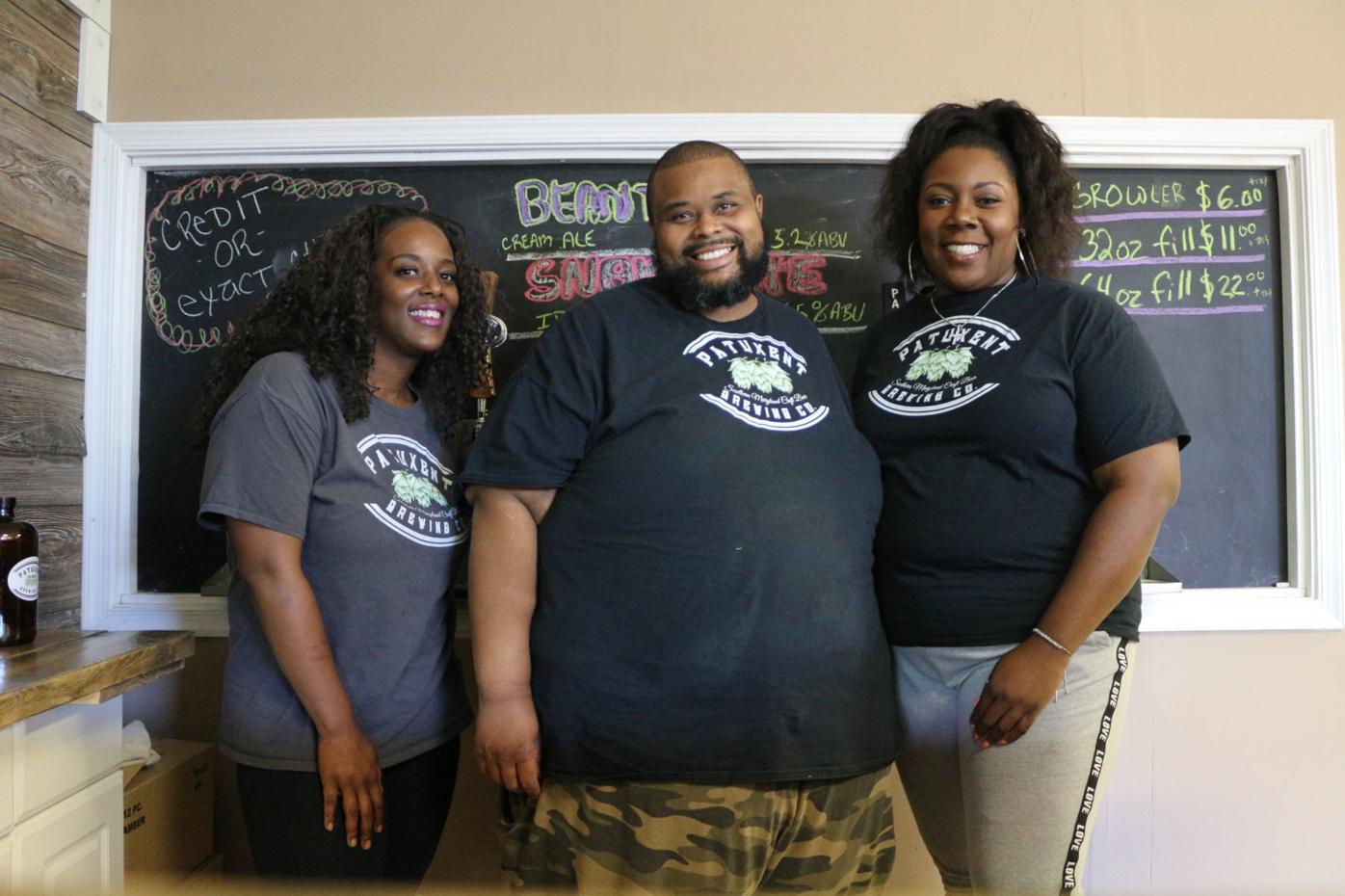 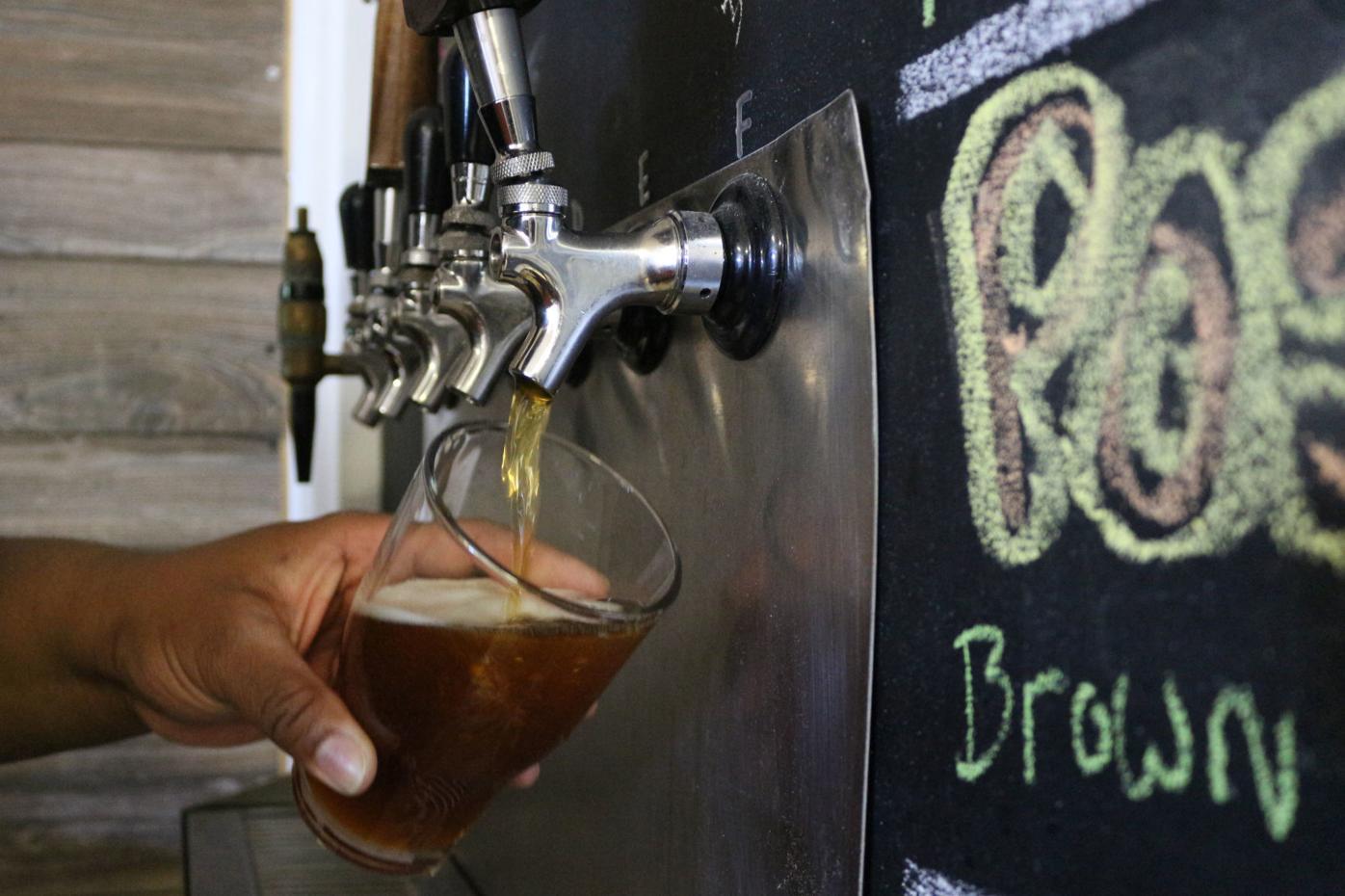 Patuxent Brewing will have a beer on tap.

Above left, Davie Feaster started making beer in his home in 2014.

Patuxent Brewing will have a beer on tap.

Charles County’s first-ever brewery, Patuxent Brewing Company, hosted its soft open just two weeks ago in, bringing the once home-brewed beer to a nearby Waldorf storefront.

“It seems better to me when you have something close to you that you can go to — even on the weekends,” said Kendra Feaster, Patuxent Brewing’s co-founder and marketing director. “You don’t have to go to another county. You don’t have to go to Calvert. You know, you can just stay in the area.” Having previously lived in Bowie, a town with multiple breweries, Feaster and her husband, Davie, co-founder and master brewer, thought Charles County would be a “perfect” place to open their own brewery, Kendra said.

Davie began brewing beer in his house in 2014. “He liked to drink beer. I thought it’d make sense: ‘Make your own beer,’” Kendra said of Davie. “That was his passion. So I figured, ‘You should make it.’”

From there, they came up with the idea of opening their own brewery. Davie reached out to Ryan Vierheller, co-founder of BlueDyer Distilling Co. — the now near-neighbor of Patuxent on Industrial Park Drive in Waldorf — who began efforts in 2015 to open the “first licensed alcohol-producing business in the county.” He was able to provide mentoring and consulting to Patuxent as it navigated the maze of necessary approvals, Vierheller said.

“I was really interested in Davie after trying his home-brewed beer because it was exceptional,” he said.

Davie and Kevin Boseman, co-founder and assistant brewer, have concocted an array of brews, varying in color, alcohol content and flavors, such as the Post Office, a brown ale, 301 Pale Ale, Waldormelon Wheat and The King’s Wife, a New England IPA, their most popular. When it comes to naming the beers, Kendra said, everyone works together.

But where does Davie get the inspiration for his unique beers? “I make what I like,” Davie said. “Brewing is like baking. You never know what you’re gonna get until the actual end of the beer.”

Operating as a nano-brewery — a brewery with less than three barrels — also allows Davie and Boseman to be more creative, Davie said. Smaller batches make it easier to experiment — if a brew doesn’t turn out right in a larger-sized brewery, the company could lose a lot of money.

“It’s a labor of love,” Davie said, and trial and error. “Each time, you tweak it a little bit, you know, see what you get, take some notes down and go from there.”

Between paperwork, waiting on permits and licenses and discussions with county government, it took Patuxent almost a year before it could open, co-founder and business manager Tranice Watts said. “We know that there’s a residential area. … We know that there’s still a sense of nostalgia on the way that they like Waldorf to be, like Charles County to be,” Watts said. “We absolutely I think have kept that in mind.”

With permits and licenses solidified for selling in-market by March and in-shop by May, and with support from the community, Patuxent, named after the nearby river Davie and his late father used to fish at, opened its doors May 17.

“We really just want to thank this community,” Watts said. “They have rallied for Davie and Kendra’s dream.”

Patuxent’s plans for the future extend beyond its four walls. Besides bringing in food trucks to the brewery and setting up a photo booth, Kendra and Watts said they’re hoping to engage in partnerships and collaborations — one with the Humane Society is already planned for this year — and get involved with school drives, coat drives and even fundraisers to help other small businesses. They’re also working with BlueDyer on promotions and projects, Vierheller said. During their soft opening, which runs until the upcoming grand opening, hours are limited. Growlers, craft beer and merchandise can be purchased from the location on Industrial Park Drive: A filled Patuxent Growler is $20, an outside 32-ounce growler refill will cost $11 and 64 ounces doubles that at $22.