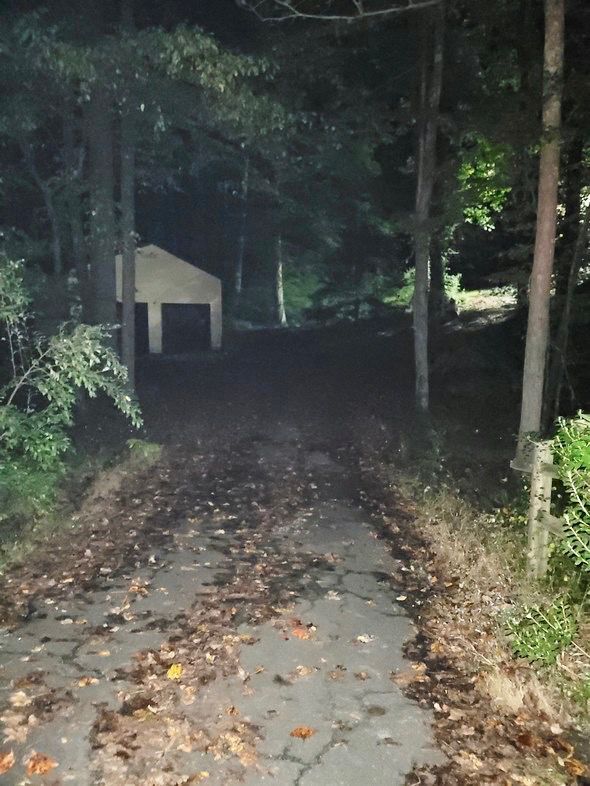 A landscaping fire at 25150 Gallant Road in Hollywood was reported at 11:30 p.m. on Oct. 14. An unknown person approached the house and threw Molotov cocktails toward different parts of the residence, igniting nearby brush. Anyone with any information about the incident is asked to contact the Office of the State Fire Marshal, Southern Regional Office, at 443-550-6833.

There was no fire department response. 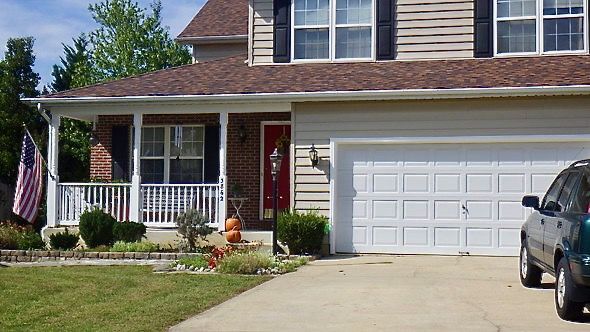 The Maryland fire marshal’s office is investigating a fire allegedly caused by a Molotov cocktail on Oct. 13 in the 3000 block of Shiner Court in Waldorf. An unknown individual is accused of throwing an incendiary device toward the home, starting a fire in a flower bed in front of the house. There were no monetary damages from the fire. Anyone with information is asked to contact the Office of the State Fire Marshal, Southern Regional Office, at 443-550-6833.

A landscaping fire at 25150 Gallant Road in Hollywood was reported at 11:30 p.m. on Oct. 14. An unknown person approached the house and threw Molotov cocktails toward different parts of the residence, igniting nearby brush. Anyone with any information about the incident is asked to contact the Office of the State Fire Marshal, Southern Regional Office, at 443-550-6833.

There was no fire department response.

The Maryland fire marshal’s office is investigating a fire allegedly caused by a Molotov cocktail on Oct. 13 in the 3000 block of Shiner Court in Waldorf. An unknown individual is accused of throwing an incendiary device toward the home, starting a fire in a flower bed in front of the house. There were no monetary damages from the fire. Anyone with information is asked to contact the Office of the State Fire Marshal, Southern Regional Office, at 443-550-6833.

On Oct. 12, Charles sheriff’s deputies were called to a gas station on High Street in Waldorf for reports of a person using a vehicle to ram a dumpster in an attempt to break into the gas station store.

When deputies arrived, they allegedly found Tramell Vandell Dorsey, 29, and detained him without incident.

Deputies then spoke with a female, who said she and Dorsey had engaged in a verbal argument over the whereabouts of her car after it was removed from her residence the previous day.

According to charging documents, Dorsey exited the car in the area of Benjamin Stoddert Middle School and continued the argument, before jumping through the passenger side window of the vehicle and striking the woman, injuring her lip.

The woman then allegedly drove to the gas station on High Street to find an officer to report the incident and ran inside the station’s convenience store.

When Dorsey arrived, he allegedly attempted to break down the door to the shop with his body before using the victim’s car to ram the dumpster in an attempt to gain access to the store. According to charging documents, damage was observed to a sidewalk as well as the dumpster and the vehicle.

Dorsey was charged with attempted second-degree burglary, second-degree assault and two counts of malicious destruction of property, all misdemeanors.

Ronald Bennett, 51, was charged with felony unlawful taking after test driving a 1997 Dodge Caravan on Oct. 7 and allegedly taking off with the vehicle.

The alleged incident was reported on Oct. 13 that Bennett showed up to a residence on the 15000 block of Regina Avenue in Brandywine to test drive the van, valued at $1,500.

Bennett allegedly heard about the van after a conversation with the vehicle’s owner at a seafood restaurant in Temple Hills.

According to charging documents, Bennett allegedly left with the vehicle, and when he was contacted by the owner said he would return with the money for the vehicle that following Sunday.

However, Bennett allegedly never showed up with the cash, and the number he gave was unreachable.

A permanent address was not listed for Bennett in the Maryland Case Search database.

William Anthony Smothers, 38, of Waldorf was charged on Oct. 14 with felony theft as an accomplice to an alleged July break in at a residence in the 12000 block of Bar Oak Drive in Waldorf.

Smothers was caught on cellphone footage allegedly carrying a safe covered with a blanket that was stolen from a bedroom of the dwelling. The safe allegedly contained a knife, valued at $200, as well as $2,500 in jewelry, a $300 iPhone 4 and $300 in cash.

According to charging documents, Smothers allegedly flipped off the surveillance camera while taking the items from the home.

Shannon Bradfield, 40, of Waldorf was also charged with felony theft in the case on Aug. 18, and is expected in court for a preliminary hearing on Nov. 15.

Donald Wade Balch Jr., 33, of Lexington Park faces three felony assault charges, three misdemeanor assault charges and a misdemeanor charge of use of a firearm in a felony after he allegedly pointed a shotgun at his girlfriend and two of her friends on Oct. 15.

According to a charging document, the woman returned to a home in the 27100 block of Barton Street in Oakville with two men in an attempt to pick up her belongings and her daughter. A firearm was recovered from the scene. Balch posted a $1,500 bond on Oct. 15.

Michael A. Deep, 28, of Lusby was charged with two counts of felony assault, three counts of misdemeanor assault and one count of misdemeanor disorderly conduct after police responded the 45300 block of Alton Lane in California at 7:28 p.m. on Oct. 14.

Someone reported “Mikey” was holding two people at gunpoint in a white Dodge van. Deep was located in a restroom at the Old Navy store and arrested. Two victims were found outside Advance Auto Parts.

Deep allegedly got into an argument with his girlfriend and retrieved a black firearm and pointed it at two others. A fanny pack containing a black BB gun was later recovered from a trash can in the area.

The woman said that while she was driving Deep and two others to Walmart, he shocked her several times, she struck him and then he struck her several times in the right shoulder and legs. The woman had no signs of injury, according to charging papers.

Deep was held without bond on Oct. 15.

Kimberly R. Freeman, 31, of Lexington Park was charged with felony and misdemeanor assault after she allegedly stabbed her boyfriend in the left hand, left shoulder and chin.

According to charging papers, the victim was upset about Freeman’s alleged infidelity and spending all day with her ex-boyfriend. When Freeman returned home, the victim confronted her and then she allegedly stabbed him multiple times.

Due to the severity of his injuries, the victim was flown to Washington Hospital Center. The victim required stitches on his fingers and back.

Freeman was ordered held without bond on Oct. 18.

On Oct. 12, a 34-year-old Prince George’s County woman was convicted in Calvert County Circuit Court for illegally transporting a handgun in a vehicle.

The defendant, Rudi Dominique Caprese Sewell of Oxon Hill, pleaded guilty to the single misdemeanor charge. She was sentenced to three years in jail, with all but six months suspended. Sewell will be on three years probation after her release. Her sentence will be served on home detention.

The case was prosecuted by Sierrah Beeler, assistant state’s attorney. Sewell was represented by public defender Michele A. Harewood.

The charge against Sewell stems from an incident that occurred Feb. 21. The arrest was made by Maryland State Police Trooper Brendan White, according to court documents.

On Oct. 15, Joseph Martin Blankenship, 36, of Lusby was sentenced to 10 years in jail for second-degree assault. According to court records, the incident occurred Jan. 12, 2020, and the victim was a 19-year-old male.

“The sentences imposed were the maximum available under the law and exceeded the range suggested by the Maryland sentencing guidelines,” Interim State’s Attorney Robert H. Harvey Jr. (R) said in a press release.

The case was prosecuted by James Zafiropulos, deputy state’s attorney. Blankenship was represented by the public defender’s office.

Blankenship was recently indicted on nine counts related to an alleged home invasion/assault that occurred Aug. 11. A pre-conference trial on that case is scheduled for Nov. 1.

A 56-year-old Chesapeake Beach man was arrested on Oct. 9 after it was learned he fled authorities in Rhode Island. Charges against Anthony Eugene Gross were filed by the Cranston Police Department in June 2019 and a warrant for his arrest was issued that October.

“Anthony Gross arrived in Rhode Island from out of state by bus on June 6, 2019,” Cranston Chief of Police Col. Michael J. Winquist stated in an email to Southern Maryland News. “He has various sex crime convictions in the states of Maryland and Virginia that required him by law to register his address in Rhode Island with the local or state police. He registered his address with the Cranston Police Department as a local homeless shelter in our city on June 6, 2019. Detectives responded to the address/homeless shelter the following day and learned he never signed in or arrived at the shelter, nor did he ever return to the address or contact the police department.”

The sex offender address change violation is a felony.

According to Maryland court records, Gross has had three bail reviews and remains jailed on a no bond status. Twice Gross has declined to waive extradition to Rhode Island, court records state.

Officer Marissa Beach cited Curtis Elmore Brent, 30, of Prince Frederick for six counts of animal cruelty. Brent allegedly threw two kittens into the river on Aug. 11. The initial investigation was handled by Calvert sheriff’s Deputy Cody Shoemaker. Beach stated in charging papers that Brent told Shoemaker the cats kept getting in his trash and “he took them down to play in the water due to being covered in feces and urine.”

Beach reported one of the cats was euthanized after being examined by a veterinarian. The euthanizing was done “due to the severity of the animal’s condition and injuries.”

A preliminary inquiry regarding the charges is scheduled for Dec. 6 in district court.

Officer Kaitlin Sewell cited Sharia Buck, 34, of Lusby for six counts of animal cruelty to a black and tan female Rottweiler. The incident was reported on Sept. 22.

A veterinarian who examined the dog determined it hadn’t eaten for three days and had moderate whipworm infestation. Court papers stated the cruelty counts include failures on the part of the defendant to provide nutritious food, veterinarian care and proper shelter to the dog.

A preliminary inquiry into the charges is scheduled for Dec. 6 in district court.