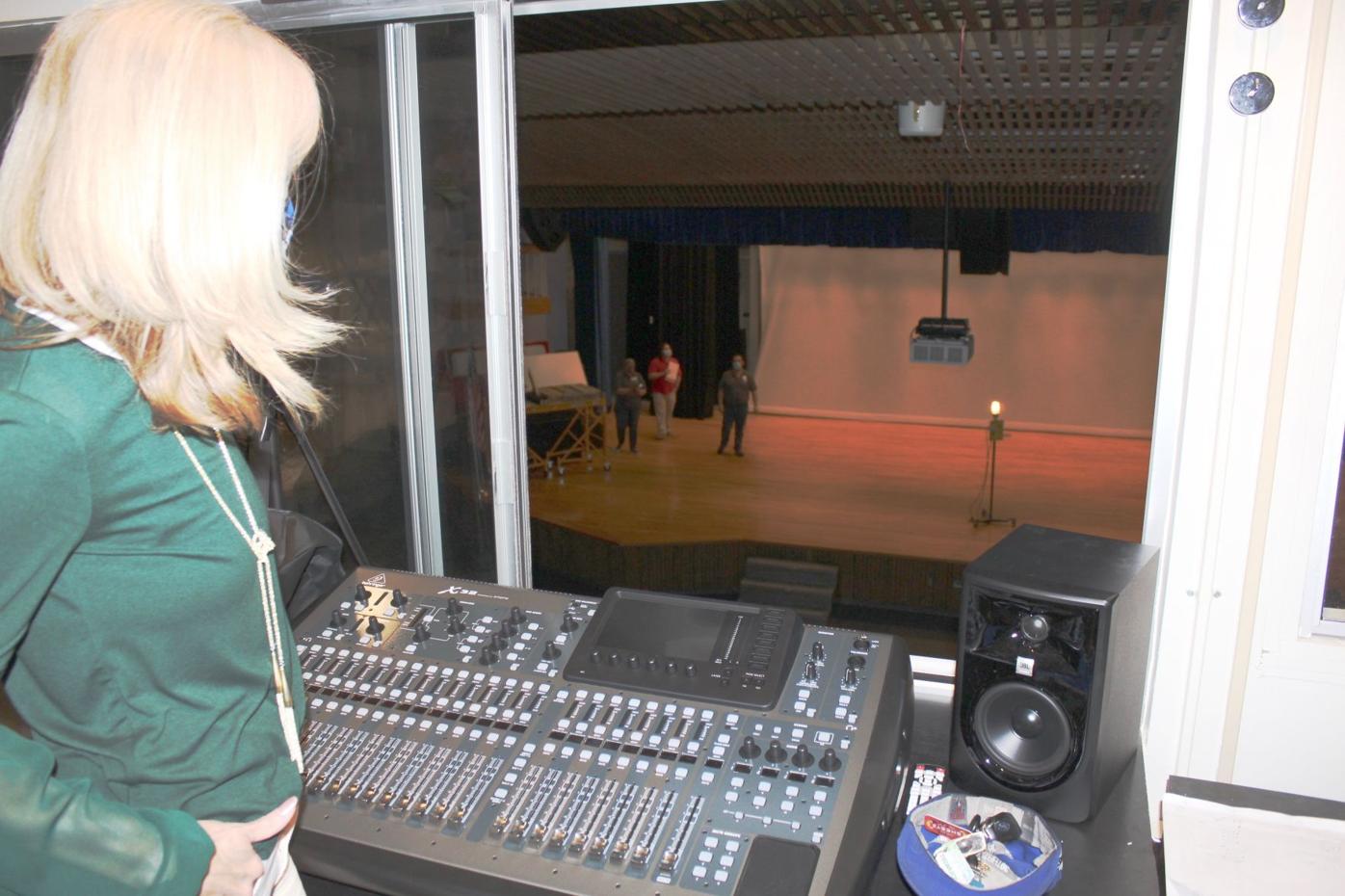 Leonardtown High School Principal Jill Mills looks out from the control booth toward the auditorium, which recently received an upgrade. 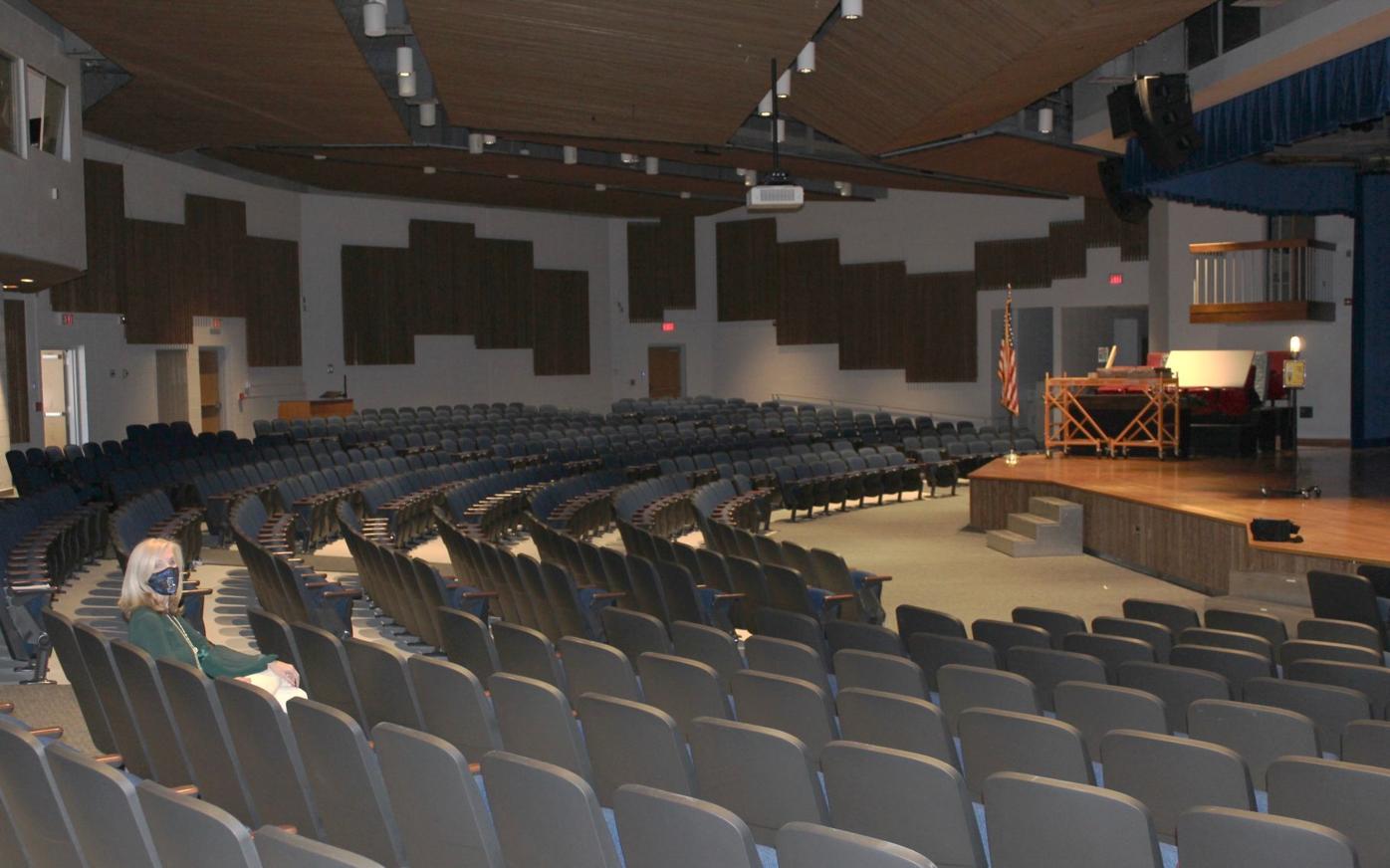 Leonardtown High School Principal Jill Mills looks out from the control booth toward the auditorium, which recently received an upgrade.

Chopticon, Great Mills and Leonardtown high schools each received new audio/visual and lighting upgrades, while Leonardtown also got new seats in its auditorium.

Scott Wasserberg, project manager for J4 Design of Silver Spring, said the project places St. Mary’s public high schools in a “distinct category.” The schools’ auditoriums are now on par with the Towson School of the Arts and Baltimore School of the Arts, he said.

The projects started in late June and was completed in mid-October.

Guy Barbato, theater programs director at Leonardtown High, said the improvements, which were planned for several years, are long overdue and bring the schools into the 21st century.

“When LHS was built in the ‘70s, it was the first school in the county to have a true auditorium,” Barbato said in an email. “It was also built in a time when a pair of carousel-style slide projectors and a big white wall were near the height of presentation technology.”

Continuing, he said, “The auditoriums at CHS and GMHS were both added in the late ‘90s, during their respective renovations. By then, computer networking and digital projection were rapidly growing technologies, but the basics of theatrical sound and lighting hadn’t changed very much in decades and were only just beginning to explode in new and different directions.”

Barbato said the fundamentals of theatrical lighting have changed dramatically in the past 20-plus years.

The use of “intelligent” lighting fixtures has dominated the entertainment industry, requiring a different level of design and programming, he said. The formerly analog world of sound-reinforcement has also plunged head-first into a digital one.

Barbato said the improvements provide the technology necessary to teach a new generation with new tools and strategies.

“We will be better able to prepare them to be successful in a variety of post-secondary education [and] training programs, leading to exciting careers in the industry,” he said. “Just as important, the new doors it will open for them will stimulate their creativity and artistic imagination.”

Barbato said the community will also benefit from the upgrades when the auditoriums are used for concerts, shows, public forums and dance recitals.

Jill Mills, principal at LHS, said the auditorium never before had padded seats.

“I’m not sure that the old wooden seats were ever truly comfortable, even in the ‘70s, but they served the school well for more than four decades,” Barbato said.

Excel Lighting Services provided the product. The St. Mary’s school board approved a $1.47 million contract with the Hunt Valley business on May 20, along with a contingency of $74,421.

On Nov. 4, the board added another $75,645 in contingency funds due to the unique challenge of audience view limitations using a single screen on stage at Leonardtown High School, according to budget documents. A wall was removed as part of the project.

The contingency increase allowed for the relocation of the curtains, valance and projection screen and for the project to address associated components to upgrade the functionality of the new audiovisual systems.