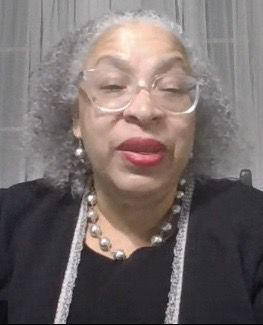 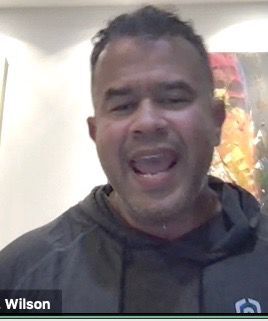 COVID-19 cases are up but the death rate is down, according to Charles County’s Health Officer Dr. Dianna Abney, who gave information about coronavirus vaccination clinics during Commissioner Thomasina Coates’ online session on Friday evening, Jan. 8.

Charles County’s vaccines have all been from Moderna, Abney said. The initial vaccine needs to be followed up with a second one in 28 days. The first vaccine is estimated to give 80% immunity and the second one achieves immunity “in the high 90s,” Abney said during the county commissioners’ meeting on Jan. 12.

Abney said she got a vaccine and reported “a little pain at the site” but less than a tetanus shot. Some people get aches, fever or fatigue as side effects from the vaccine, she said.

Abney noted that vaccine clinics are being held every Wednesday and either Friday or Saturday at Regency Furniture Stadium in Waldorf. She said the county is working on offering mobile clinics in the future for those who can’t get out.

Charles County and the state are in Phase 1A of three phases for who gets vaccinated. Abney estimates that the second phase will begin in early-to-mid February. It depends on when Gov. Larry Hogan (R) decides localities can proceed and when a vaccine supply arrives, she said.

In regard to the virus itself, Abney said 8.5% of those who contract it require hospitalization. As of Jan. 8, she said the county had four deaths this month attributed to the virus and 130 since March 28 last year. The average age of the person who dies is 76.

Abney said that the Moderna and Pfizer vaccines both contain messenger RNA, but that it does not interfere with one’s DNA. She said messenger RNA vaccines are relatively new, but have been studied for over 10 years.

Responding to a question during the online forum, Abney said the youngest age that one can get the vaccine is 18 for Moderna and 16 for Pfizer. “They’re not finished testing them in young people,” she said.

In response to a question from Commissioner Thomasina Coates (D) on Jan. 12, Abney said it is estimated that it will take 75% to 90% of the population to get vaccinated to establish herd immunity.

Abney said that those who are vaccinated would still be asked to quarantine if exposed to someone with the virus.

Also during Coates’ online session, Del. C.T. Wilson (D) detailed numerous bills that he plans on filing for the General Assembly’s session that was slated to begin Jan. 13.

House Bill 11, which Wilson described as an “African American content bill,” is based at least in part on the 1619 Project, an initiative of the New York Times Magazine. The project aims to reexamine the legacy of slavery in the U.S. after the 400th anniversary of Africans who first arrived in Virginia.

Wilson credited his 13-year-old daughter with giving him impetus for the bill. He noted that she said she has learned more about the Holocaust in public school than the 1921 burning of “Black Wall Street” in Tulsa. “That wasn’t in our country and wasn’t by our hand,” Wilson said, referring to the Holocaust.

Wilson said he also was sponsoring a bill to make sure that knock and no-knock search warrants happen in a safe manner and not at night. “You go in during the daytime,” he said.

Once again, he is sponsoring a bill that would provide an income tax checkoff so filers can donate to Disabled American Veterans when filing income tax returns. “It gets closer and closer to passing each year,” he said.

He’s hopeful that a bill establishing Juneteenth as a state holiday will pass. Based on June 19, 1865, Juneteenth commemorates when the last state, Texas, was notified by Gen. Gordon Granger in Galveston about the Emancipation Proclamation 2½ years after it was announced by President Abraham Lincoln.

Wilson also said he’s supporting a bill that would help more women and minorities get state contracts. The bill would notify bidders when they lose a bid within 15 days of the bid award date so they can challenge it. “My wife doesn’t like doing business in Maryland” because of the state’s procurement laws, he said.

Wilson said he’s trying to “make sure we don’t get left off the money train. Freddie Gray was important, but this is important too.” Gray was a 25-year-old Black Baltimore man who died six days after a spinal injury he received while being arrested and placed in a police van in April 2015.

“We applaud your energy,” Del. Edith Patterson (D) said last Friday. “You make me really excited about going back in a few days.”