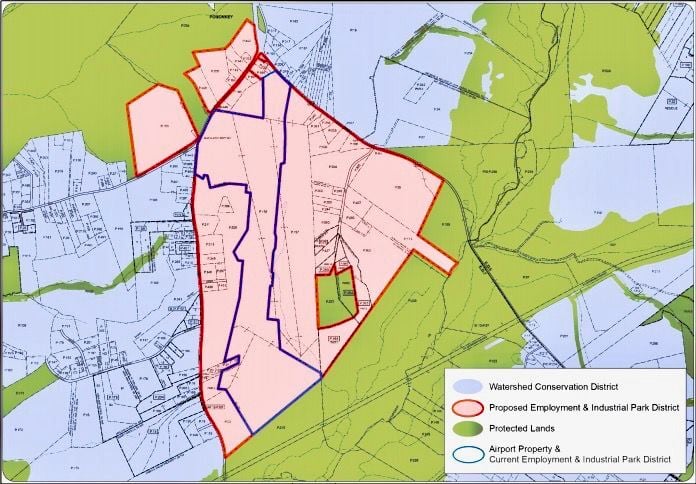 A proposed rezoning of land around the Maryland Airport in Charles County is being considered. 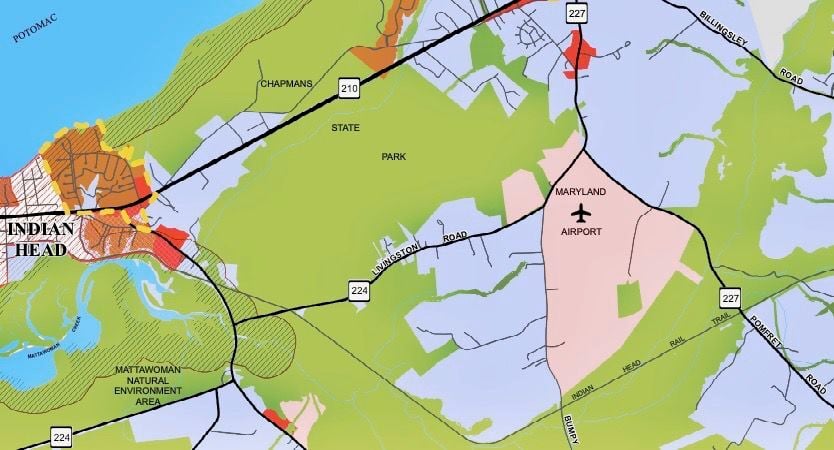 A map of the area around the Maryland Airport. 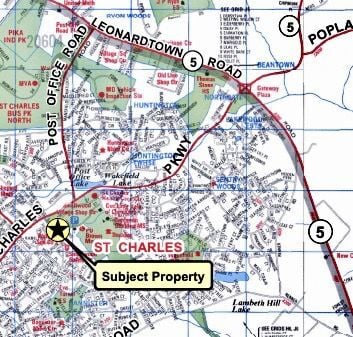 An existing Seven-11 store is slated to get an upgrade.

A proposed rezoning of land around the Maryland Airport in Charles County is being considered.

A map of the area around the Maryland Airport.

An existing Seven-11 store is slated to get an upgrade.

The Charles County Planning Commission on May 3 began taking public comment on a proposal to change the land use around the Maryland Airport in Indian Head.

Specifically, the request to amend the 2016 Comprehensive Plan would remove land from the watershed conservation district and designate it as employment and industrial land use.

County planner Amy Blessinger noted that public comments received before the meeting included those who are concerned about the environmental impact on the Mattawoman Creek watershed and those who support additional economic development.

Following much discussion, the planning commission voted to keep the record open for 30 days, until 4:30 p.m. on June 3, and hold a work session in 60 days.

“The public comment was outstanding,” board member Robin Barnes said.

Board member Angela Sherard called it “such a hot-button issue,” noting the airport, located at 3900 Livingston Road, has been in existence since 1943.

“This proposal will take away safeguards that are currently keeping it safe,” Newburg resident Howard Dent said of the watershed. He called it a “bad idea” and noted that Fairfax County, Va., encouraged the change because it will reduce the impact on them.

Anne Stark of Waldorf noted the wetlands, fishery and biodiversity of the area and said the decision “is of national significance.”

Alex Winter of Accokeek said a Maryland Department of Natural Resources report from 1992 said that the Mattawoman was the best creek in the Chesapeake Bay system.

Laurie Snow of Hughesville said there is a shortage of aviation technicians, which presents an opportunity for youth to get jobs in the future. “It’s antiquated to think an airport and the environment cannot be compatible,” she said.

Hal Delaplane of La Plata said the 558 affected acres are “mostly forested on steep slopes.” He noted that the Conservancy of Charles County opposes the rezoning.

David Kanter of Hughesville said he is basically a “rocket scientist,” and added, “Expanding air travel is one of the worst things we can do for the environment.”

During discussion after public comment, Taylor Yewell, the county’s redevelopment manager, said the airport’s “performance has improved markedly since the new owners have had it.” He noted the new owners — PSM Holdings LLC — purchased it in 2018 from the Bauserman family.

“Takeoffs and landings have increased from 13,000 a year to about 17,000,” he said. Yewell added that the airport has picked up some business since the Freeway Airport in Bowie and Hyde Field Airport in Prince George’s County closed.

Comments on the proposal can be emailed to PlanningCommission@charlescountymd.gov.

In other news, the Charles planning commission voted unanimously to recommend approval of expanding a 7-Eleven on St. Ignatius Drive and Village Street.

The expansion would add a fuel canopy, six fuel pumps and 864 feet to the existing convenience store, which is located next to Waldorf Volunteer Fire Department’s Station No. 3 south of St. Charles Parkway and west of Benjamin Stoddert Middle School.