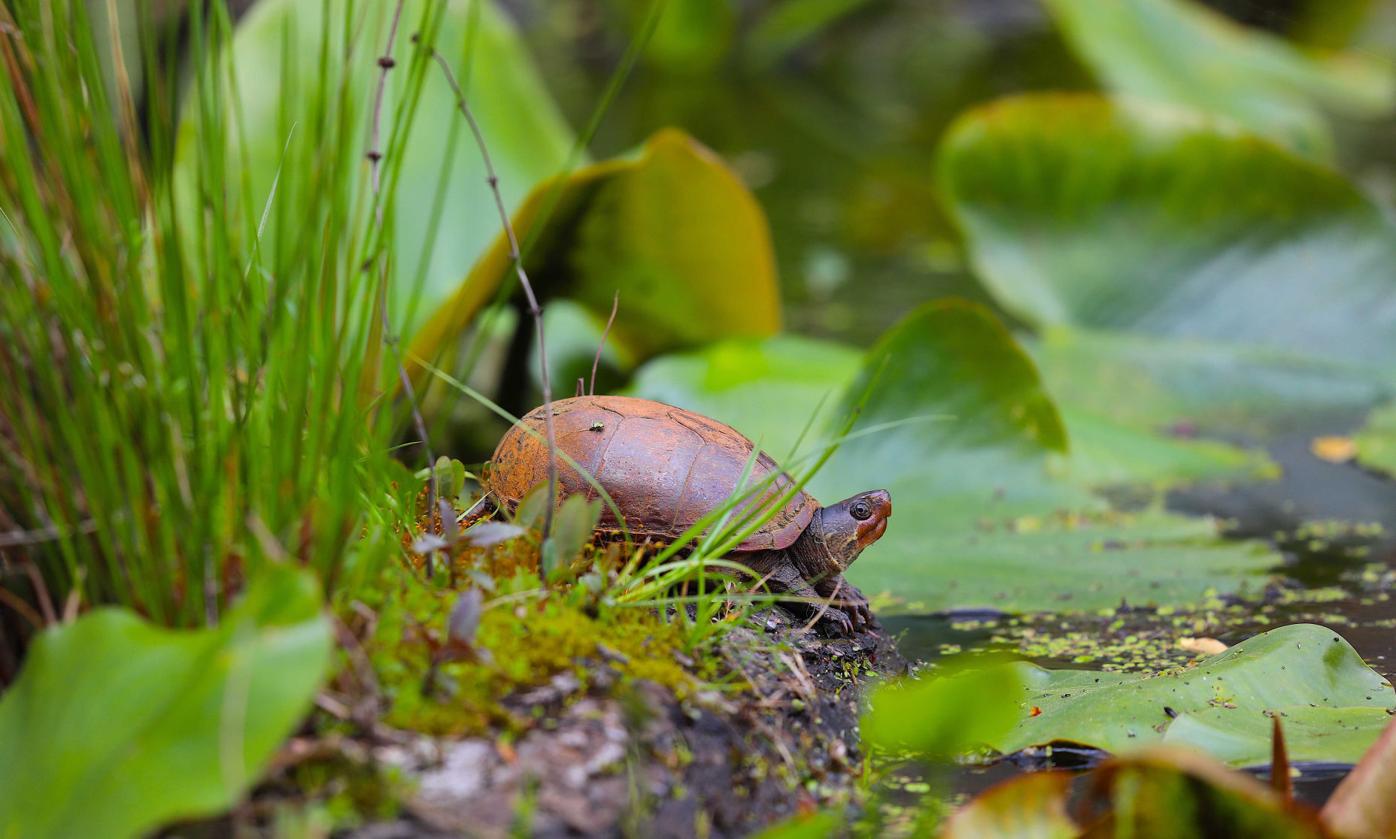 Charles White of Owings placed third in the spring division of the 17th Annual Maryland Department of Natural Resources Photo Contest with this picture of a mud turtle. 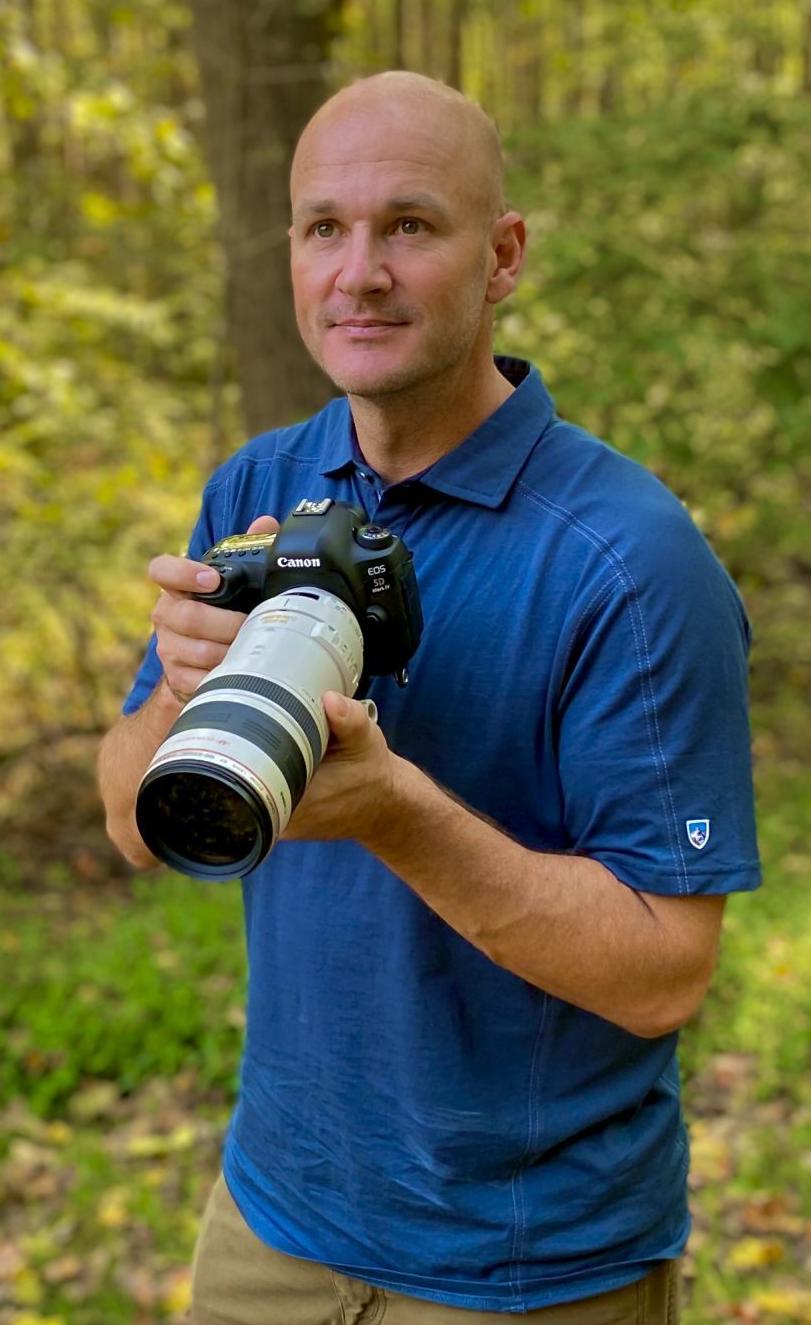 Charles White of Owings took his winning photo of a mud turtle at the Governor Bridge Natural Area in Bowie. 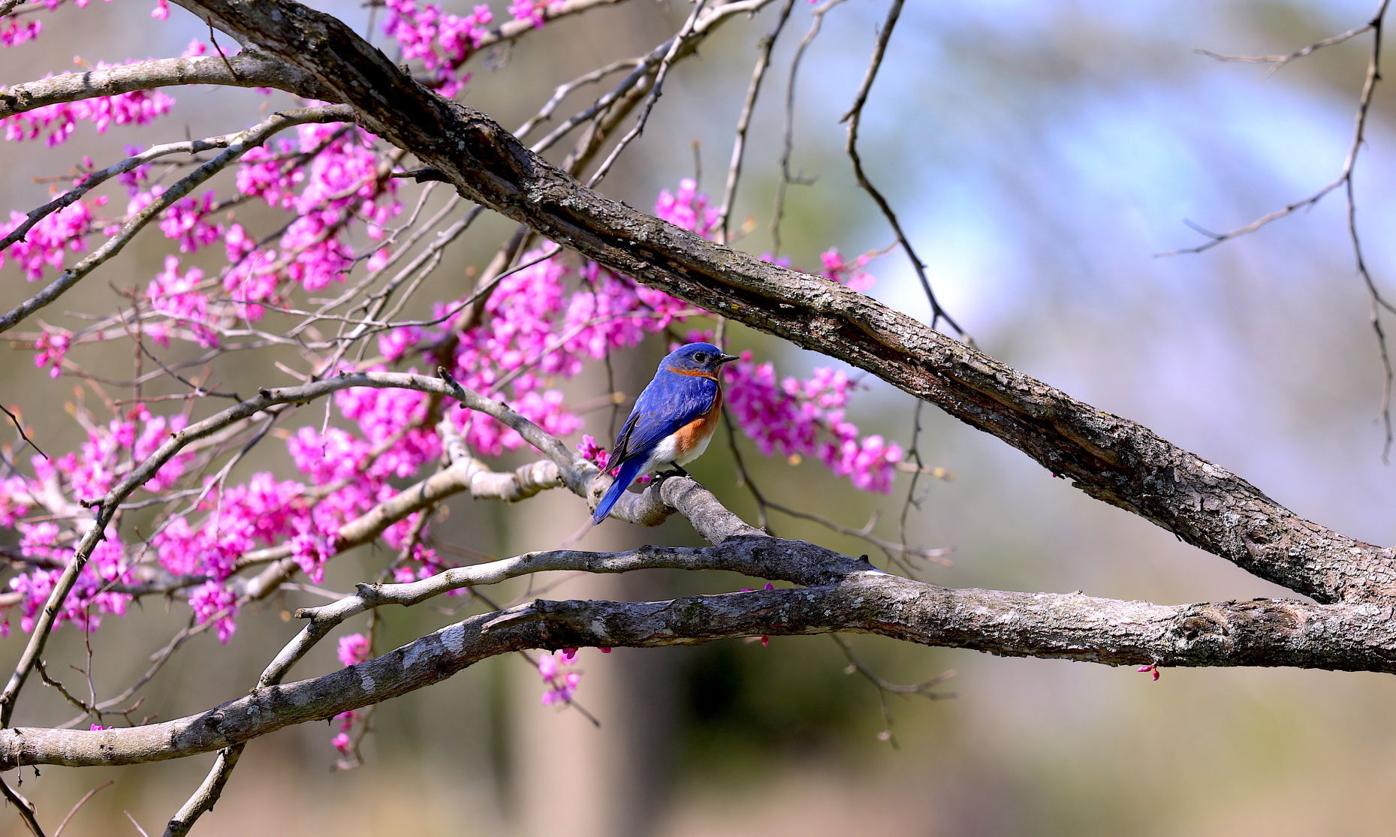 Charles White of Owings submitted eight photos in the contest, including this picture of a blue bird resting in an Eastern red bud tree.

Charles White of Owings placed third in the spring division of the 17th Annual Maryland Department of Natural Resources Photo Contest with this picture of a mud turtle.

Charles White of Owings took his winning photo of a mud turtle at the Governor Bridge Natural Area in Bowie.

Charles White of Owings submitted eight photos in the contest, including this picture of a blue bird resting in an Eastern red bud tree.

Charles White has probably taken thousands of photos in his lifetime, and recently he was recognized for his photography skills when he was selected as one of the winners of the 17th annual Maryland Department of Natural Resources Photo Contest.

The Owings resident took third place in the “Spring” division of the contest for his photograph titled “Mud Turtle,” which will be included in the next Maryland DNR calendar.

The 46-year-old government worker submitted a total of eight photos, including one of a blue bird resting in an Eastern red bud tree.

“I thought that one was going to win something,” White said of the blue bird photo, which he snapped in the spring. “I’m surprised this one [of the turtle] was the only one that won, but it’s all about the perspective of who’s viewing them.”

Photos were scrutinized by a panel of seven judges from various units within the DNR department. An email from DNR media and relations manager Gregg Bortz stated the judges “were chosen to represent expertise including photography, native plants and wildlife, hunting and fishing, and Maryland’s public lands.”

Bortz said the DNR prefers to keep its judges anonymous, but said the contest and judging process was led by publications and design manager Annalise Kenney.

“We think the mud turtle photo does an excellent job of portraying a Maryland spring,” Kenney said in an email. “The rich green colors of the various species of pond flora are beautiful and really bring the scene to life. The focus on the turtle is well done, leading the viewer’s eye to meet the turtle’s cautious side-eye glance.”

Patuxent High School teacher Allen Price has been featured in several local exhibits and has had his photographs published in “Outdoor Photographer” and “Nature Magazine.”

“The dominant use of green in the composition makes the mud turtle really pop in the picture and draws your eye to the turtle’s eye,” said Price, who has been a photographer for the past 17 years, primarily in landscape and wildlife. “The photo has a very positive vibe. Also, great job getting set up and taking a sharp photo because most turtles sitting on the edge of water will hop in before you can take the shot.”

The grand prize winner — and the first-place getter in the “Spring” category — was Zaphir Shamma of Gunpowder for his photo of an eastern screech owl nestled in a tree cavity. Shamma’s photo of a fox on a table took second place in the category.

The judges also selected first- through third-place winners in four seasonal categories — winter, spring, summer and fall — and a Maryland flag in a bubble hanging from a crab claw by Heather K. Rees of Rising Sun was voted the “Fan Favorite.”

Bortz said the contest, which resulted in 2,500 photos from 475 photographers, was judged remotely for the first time in contest history. He added that the process involved multiple remote judging sessions to narrow down finalists, culminating in a four-hour live session via videoconference to select the winners.

White, a professional photographer who said, “If I’m walking I always have my camera with me,” was visiting the Governor Bridge Natural Area and Canoe Launch in Bowie in mid-May when he observed several species of wildlife.

“I was researching different areas to go, looking for something close because, as you know, the COVID-19 landscape has changed as far as how we travel and where we can go,” White said. “I had found [this park] so decided to go check it out. I had seen a ton of turtles, but I hadn’t really seen a mud turtle, and this was really the first time I had seen one and this turtle was calm, cool and collected. I have a [zoom] lens that can reach out, but it didn’t really mind me getting close.”

White said he crouched down to take the photo of the turtle surrounded by reeds and grasses with a 100-400 zoom lens on a Canon 5D-Mark4.

“I knew it was a great photo and that it looked good on the LCD screen,” he said, “but a lot of times I’ll get back home I’m like, ‘Awww [it’s not as good.] But this turtle happened to be poised perfectly at the edge where you can see the greenery where I could still get a clear shot of him.”

White used to teach how to fix cameras in the U.S. Air Force and said previously he was “never on the side of the photographer, so to speak.”

He is thinking of making copies of his best photos and hanging them in a room in his home.