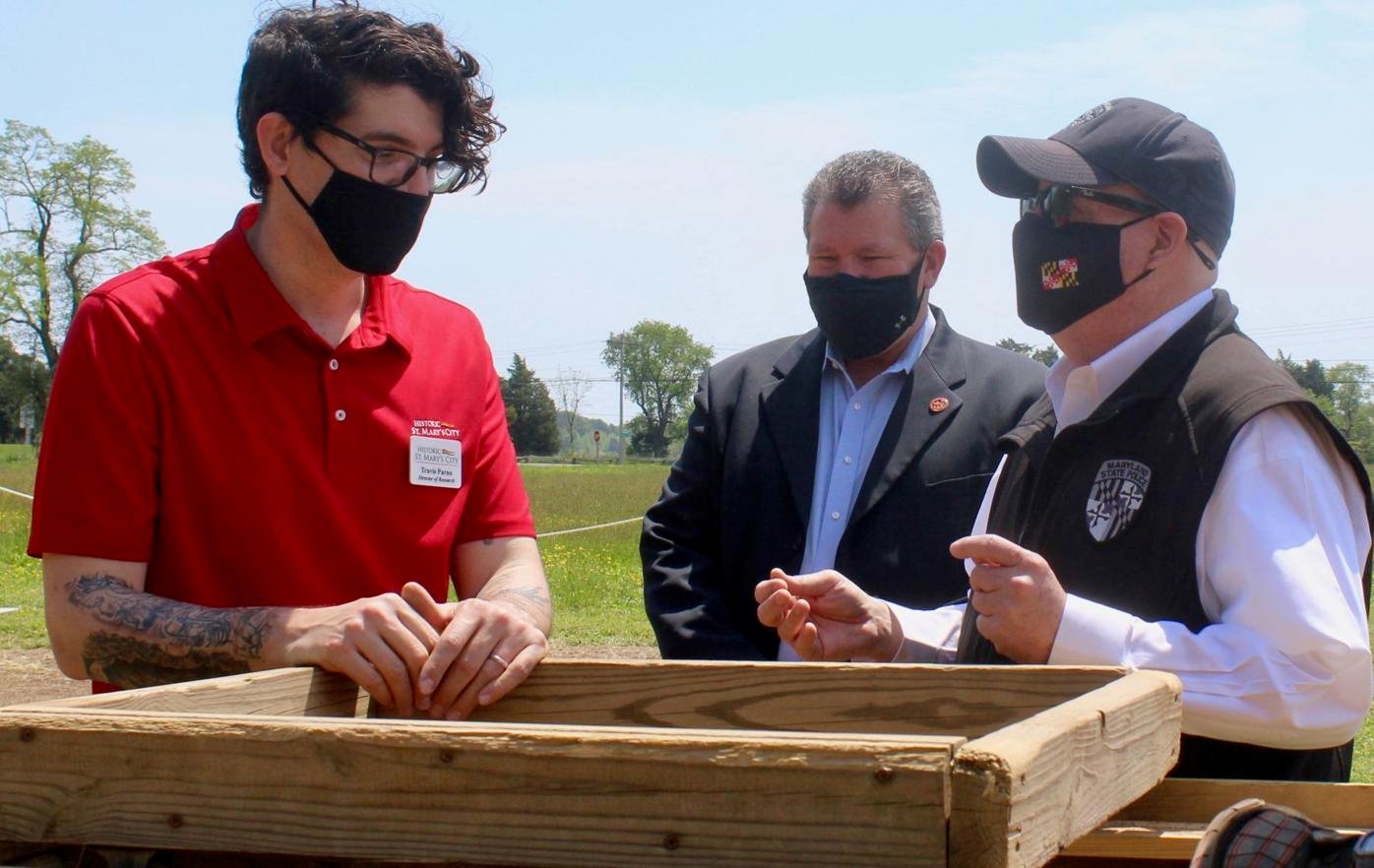 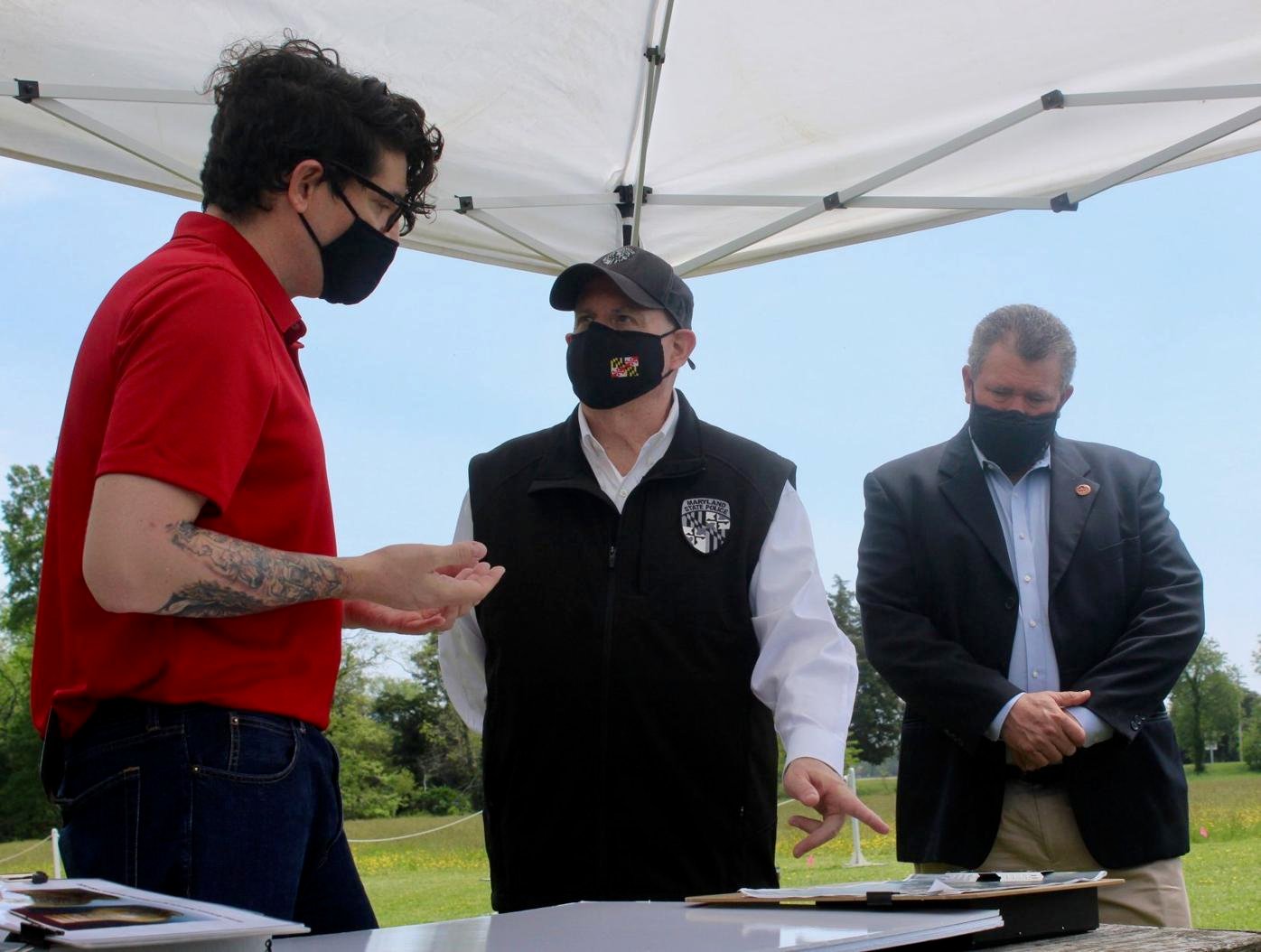 Among the artifacts Hogan (R) helped unveil include a 1633 or 1634 King Charles I silver shilling, an early 17th-century copper saints medallion, and a copper “tinkling cone,” an object worn by Native Americans.

The King Charles I silver shilling was among the most exciting of the discoveries, Parno said. Coins were rare in early Maryland as most transactions were executed using pounds of tobacco. This coin, dated to the era of the fort’s construction, supports the identification of the site as St. Mary’s Fort.

The finding of the tinkling cone, which is an alloy cone that would have been strung on a knotted leather cord and worn on clothing or in the hair, is evidence of Native-colonial interaction in the early 17th century. The five saints medallion that was found speaks to the Jesuit mission of spreading Christianity.

“There’s a lot of excavating left to do,” Hogan said as he admired the artifacts presented by Parno, who confirmed the site will likely see at least a decade more of digging.

“We want to use this to broadcast the importance of Maryland history,” Parno said. “It shows a great indication” of interaction between the Indigenous people and the colonists. The archaeologist added the silver shilling is indicative of the colony “flexing its economic muscle.”

Parno shared there is plenty of opportunity for the public to visit the site. He encourages people to check it out during Historic St. Mary’s City museum visiting hours, Tuesdays through Saturdays.

“The education department is doing formal tours, which will provide much more context to what is going on at the site,” he said.

After spending some time at the discovery site and even sifting some dirt for artifacts himself, Hogan traveled to the reconstructed State House of 1676, located across the street, to present Historic St. Mary’s City staff with a governor’s citation for their hard work.

“I’m happy with the work you are doing,” Hogan said. “I’m proud to be a small part of it.”

Among the many other planned advances at the museum is a new visitors center, to be constructed on Route 5 next to St. Mary’s College of Maryland’s new Anne Arundel Hall. The visitors center, which has been planned for a decade, recently got back on track with an injection of state funding, and archeology work has begun there, too.

For more information about the newly announced St. Mary’s Fort, along with other programing related to Native-colonial interactions, visit the site www.peopletopeopleproject.org/.