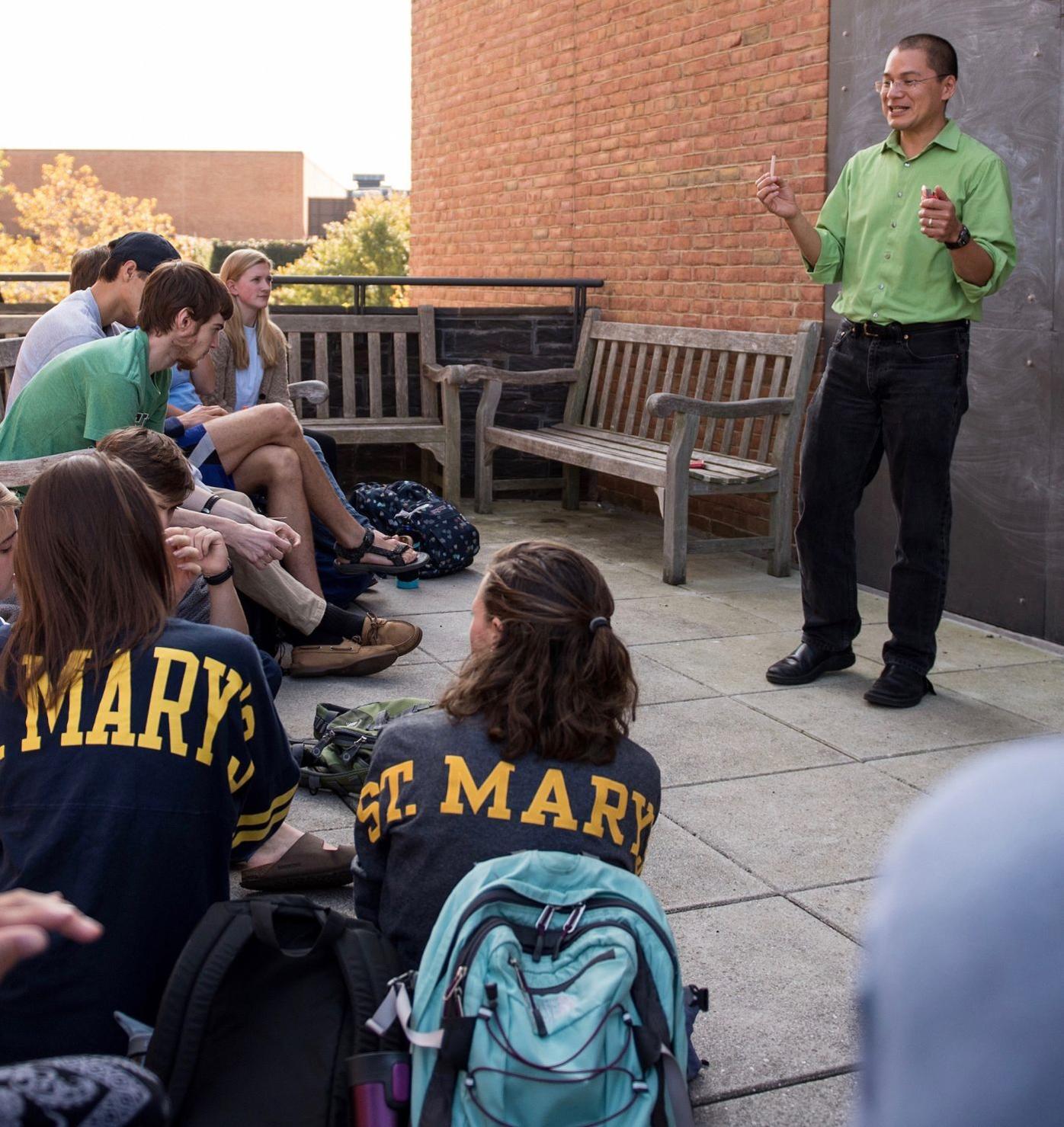 CSM theater instructor Jan Adair, who recently received the college’s Adjunct Faculty Excellence Award, produced “Tide of Tolerance” at St. Clement’s Island Museum in the early 2000s and is shown here in a costume inspired by paintings from the early 1600s. 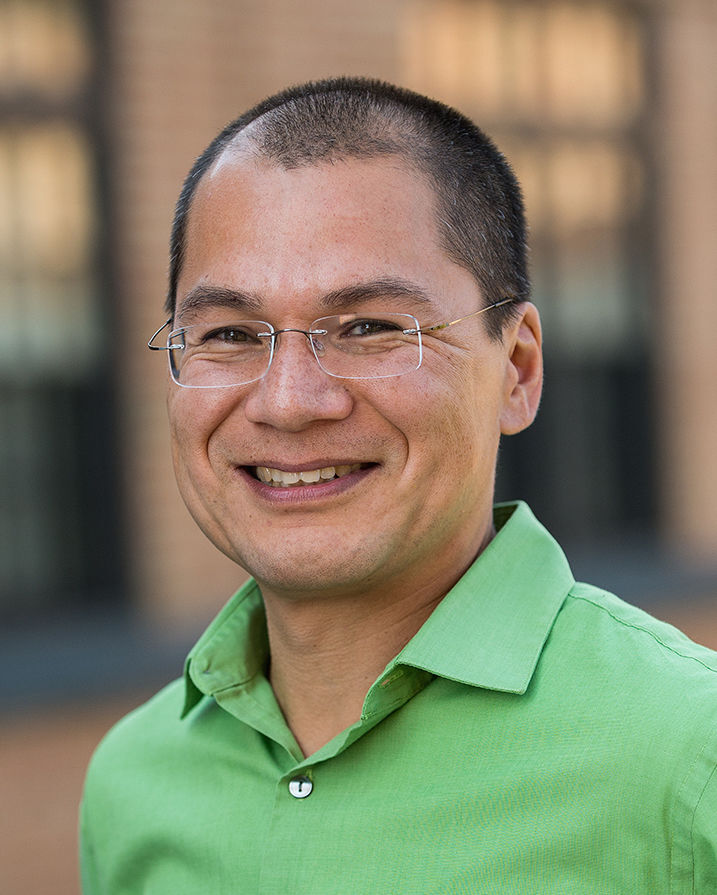 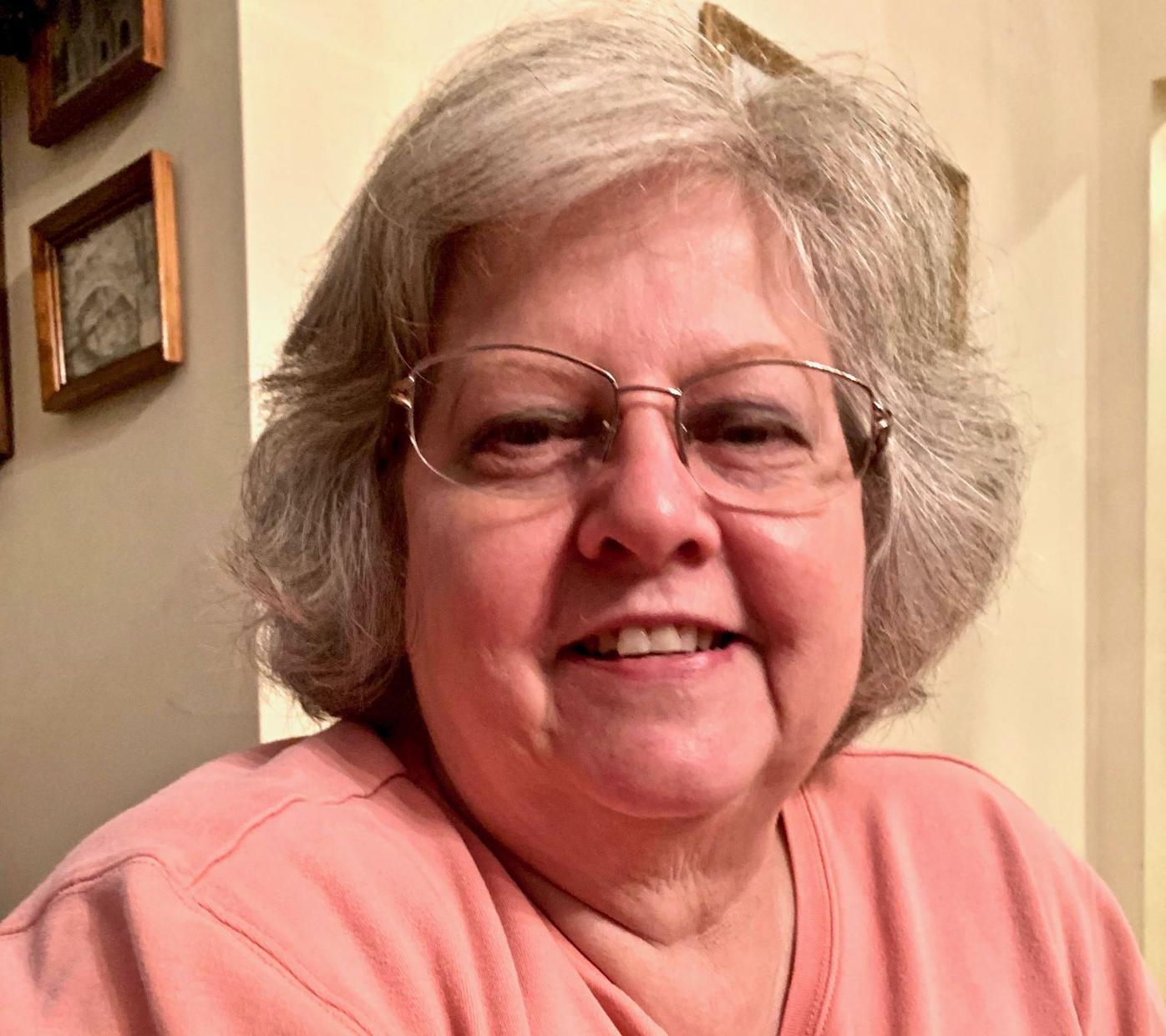 CSM theater instructor Jan Adair, who recently received the college’s Adjunct Faculty Excellence Award, produced “Tide of Tolerance” at St. Clement’s Island Museum in the early 2000s and is shown here in a costume inspired by paintings from the early 1600s.

Two local college instructors — a mathematician and an actor — were recently recognized for their efforts in the classroom.

Kung, who was one of three professors who received the award — David Austin of Grand Valley State University and Elaine Kasimatis from California State University, Sacramento were the others — was nominated by colleague Alex Meadows and recognized during a virtual ceremony on Feb. 5.

“I’m very honored,” said Kung, who lives in Lexington Park and has been with the college since 2000. “It’s an incredible award. I knew I was nominated so I knew there was a chance. It wasn’t out of the blue. In terms of teaching this is about as high as it gets in college math teaching.”

A release by the Mathematical Association of America said Kung was “recognized for outstanding teaching and mentorship, as well as his leadership in making mathematics more inclusive at St. Mary’s College. His passion for teaching mathematics is contagious, inspiring everyone he interacts with.”

Kung’s parents, George and Sonja Kung, teach mathematics at University of Wisconsin–Stevens Point, and he said he was drawn to the same career.

Kung earned a bachelor of science, master of arts and Ph.D, all in mathematics, while at the University of Wisconsin. He took the job at St. Mary’s College upon completing his own college credentials in 2000.

“I think the secret is to communicate really well with students, to find out what they’re thinking and to help them understand the mathematics better,” he said when asked the best way to teach math.

Kung added that mathematics is necessary in all facets of life, and related a story from a calculus class for first- and second-year students at the beginning of the pandemic as an example.

“The students asked, ‘Why are we going to close? I don’t understand this.’ So we pulled the data of the number of coronavirus cases that had been identified in the U.S.,” Kung said. “I set [the students] up with a bunch of questions that would lead them to figure out what the numbers would look like in the future. One of the questions I asked was, ‘There are 8,000 cases now, how many cases will we see at the end of March?’ And they looked at their model and said, ‘We’re going to see about 200,000,’ and they were looking at each other like, ‘Oh my god, this is going to be horrible.’”

Kung continued, “Then I asked them, ‘If we don’t do anything, when are we going to run out of hospital beds?’ And the answer at the time was mid-April and that was entirely accurate. It was a simple model just with basic calculus and they could predict that very accurately with very little information. And that’s one of the huge things mathematics does; it predicts the future with incredible accuracy.”

‘Drawn to the arts’

According to a College of Southern Maryland release, Adair’s faculty award “honors adjunct faculty for outstanding achievement in classroom teaching, contributions both to their department and the college, professional development and community commitment.”

“I was amazed,” Adair, who lives in Hollywood and has been at CSM since 2012, said of the award given prior to the college’s Jan. 15 winter commencement exercises. “I’ve been in education forever and it’s not common for awards to go to people in the fine arts. I was really astounded. I was shocked.”

Adair graduated from Dickinson College in 1977 with a minor in education and a double major in english and theater.

“I’m unusual even amongst theater people because when I originally went to college I knew I loved theater and wanted to be a theater major [even though] back then there was no certification in theater,” she said. “But I always knew I wanted to teach ever since I was 4.”

She taught theater at Chopticon High School from 1985 to 2006, during which time she built up the program and even wrote the curriculum for St. Mary’s public schools.

She took the job at CSM in 2006 and said interest in the arts varies from year to year.

“Most people are drawn to the arts just because there’s that little core of creativity inside of them that they can’t deny and that they can’t walk away from,” she said. And she said anyone has at least some skills to be a performer.

“I’m convinced that everybody can at least be competent as an actor,” she said. “We as a culture have a tendency to make sure everybody colors within the lines and to make sure that everybody’s trees are green. And so teaching kids to take the risk that it is to put yourself out there as a character or to make a decision in a piece of art of any kind, it takes some time. Once you’re at that point where you’re willing to take that risk and take that step to be somebody else, you can build the skills for it.”