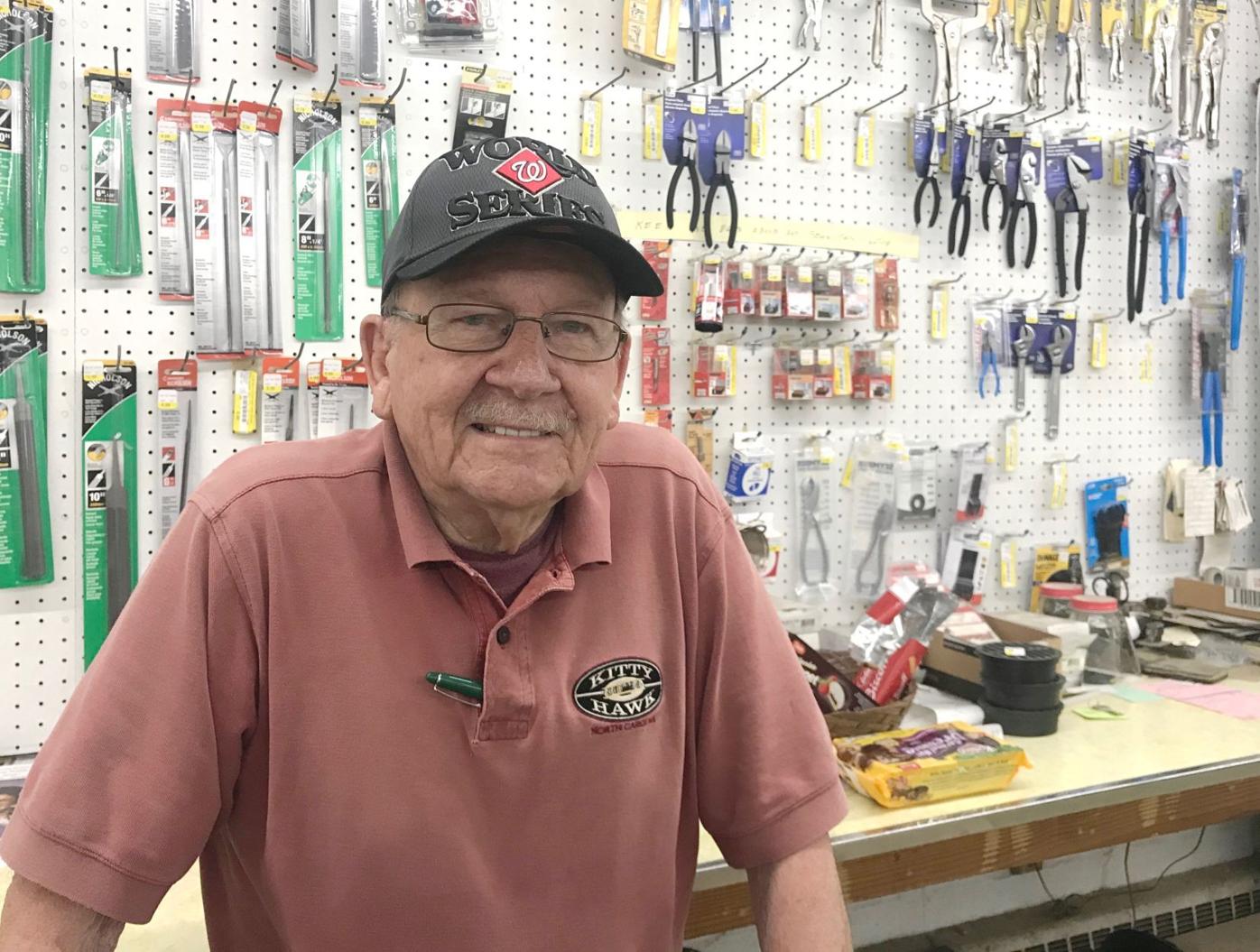 Mechanicsville native Sonny Hill is pictured inside his hardware story that is closing Oct. 30. 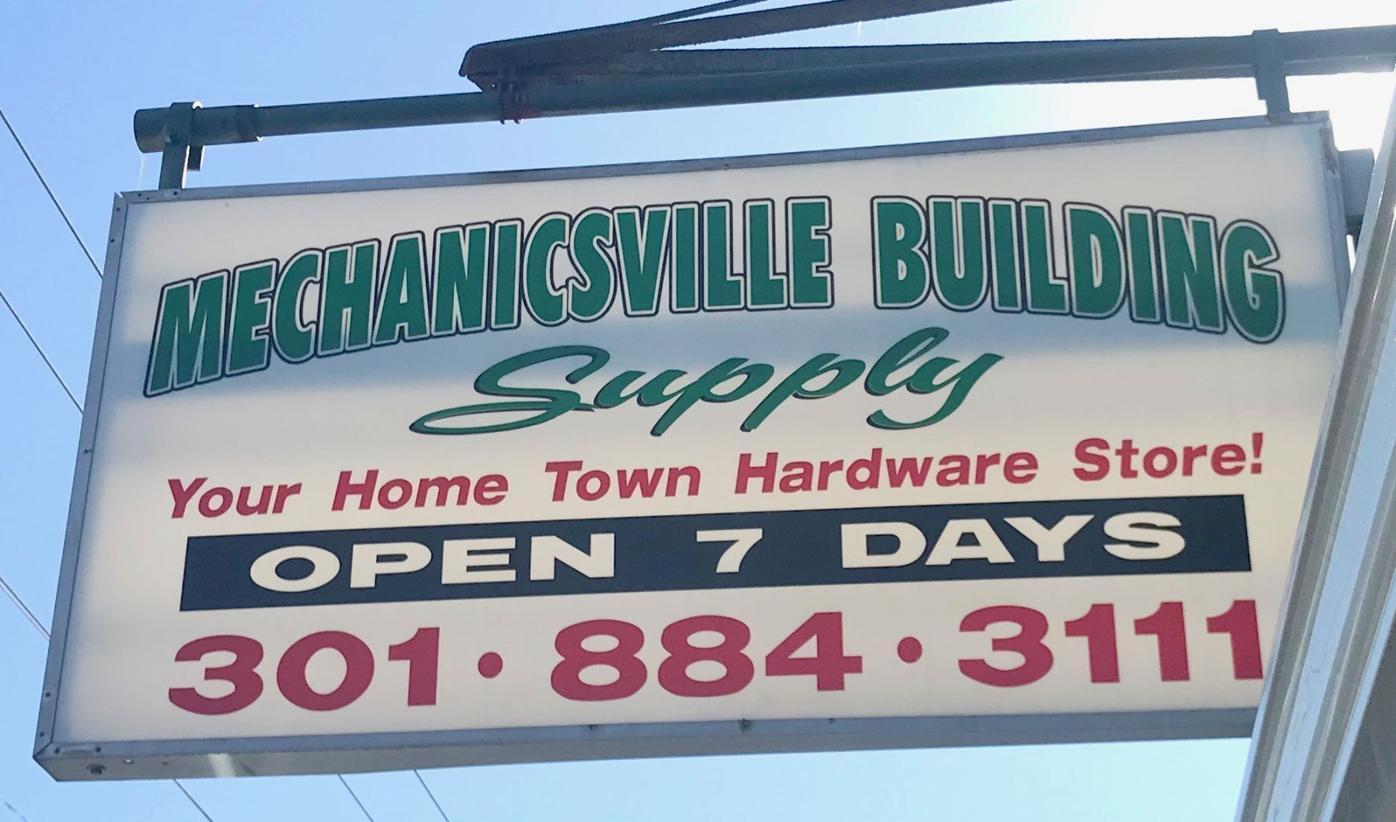 Although the last business day is Friday, Oct. 30, a liquidation auction is scheduled for 9 a.m. Saturday, Nov. 7, at Mechanicsville Building Supply.

Mechanicsville native Sonny Hill is pictured inside his hardware story that is closing Oct. 30.

Although the last business day is Friday, Oct. 30, a liquidation auction is scheduled for 9 a.m. Saturday, Nov. 7, at Mechanicsville Building Supply.

Sonny Hill purchased a 15% interest in Mechanicsville Building Supply in 1964, he said, and later added more when co-owners John Roache and then Bill Chesley died. Roache and Chesley opened the hardware store in 1954, Hill said.

When the store closes, the building on Route 5 and Old Flora Corner Road will be renovated and leased to Atlantic Tractor for a John Deere dealership, Hill said.

“We’ve had a lot of good memories,” Hill said. He recalled one from about 30 years ago that taught him a lesson. “An older man from the Charlotte Hall Veterans Home came in repeatedly, was obnoxious and got on my last nerve. He told me, ‘If you can’t stand the heat, get out of the kitchen,’” Hill said, quoting the oft-repeated line from former President Harry S. Truman. “I apologized, and he remained a customer. It made me more respectful of my customers.”

The business was instrumental in helping start the nonprofit Christmas in April in St. Mary’s County and often donated materials. “We’ve helped the rescue squad, fire department and Lions Club,” he said. “We have hired a ton of Chopticon High School kids.”

“It’s been an ongoing fixation ... a great run for me,” Hill said of his business. “I’ve never worked a day in my life. My customers are my friends and some almost family. I’ve got mixed emotions.”

Hill said he may not be retiring if it weren’t for an accident that resulted in him getting a prosthetic right leg three years ago.

He arrived to the store at 7 a.m. on Saturday, Aug. 5, 2017, and had just exited his vehicle when a woman from Golden Beach who was driving a small gray vehicle pulled out in front of a man driving a red Toyota pickup, Hill said. The Toyota t-boned the gray car and sent it spinning into the parking area in front of Hill’s store, his son Chris Hill said, noting his dad “got crushed between two vehicles.”

Sonny spent 18 months in rehabilitation before returning to the store in early 2019.

“If it wasn’t for this leg, I’d be running,” he said, adding that he feels 20 years younger than his 84 years.

Hill was born in Mechanicsville, graduated from Charlotte Hall Military Academy and Strayer Business College in Washington, D.C., and served two years in the U.S. Army, including 16 months in Korea as part of the headquarters survey division, he said.

In addition to his son, Sonny has a daughter, Terri Buckler, who is principal of Lettie Marshall Dent Elementary School in Charlotte Hall. He has four grandsons: Brian Buckler, Blake Buckler, C.J. Hill and Jason Hill.

“I’ve been divorced for 40 years, and I’m still pissed off,” Sonny joked.

A liquidation auction of the business’ remaining equipment will be held at 9 a.m. Saturday, Nov. 7, by local auctioneers Jason, Randy and Ronnie Ferrell.

When Mechanicsville Building Supply closes, Sonny Hill recommends that his customers use a couple of other area independent businesses: Dean Lumber in Hollywood and Dyson Building Center in Great Mills.

Another longtime area business, Carroll’s Equipment, stopped being a John Deere dealer on July 22, according to business owner Andrea Carroll.

Her father, Richard G. “Rick” Carroll, 65, closed Carroll’s Equipment at that time, and she reopened it Oct. 5. The business — which was founded 88 years ago as an auto repair shop by her great-grandfather, James Carroll — began selling John Deere equipment over 80 years ago, she said. Her grandfather, Richard W. Carroll, also owned the business at one time.