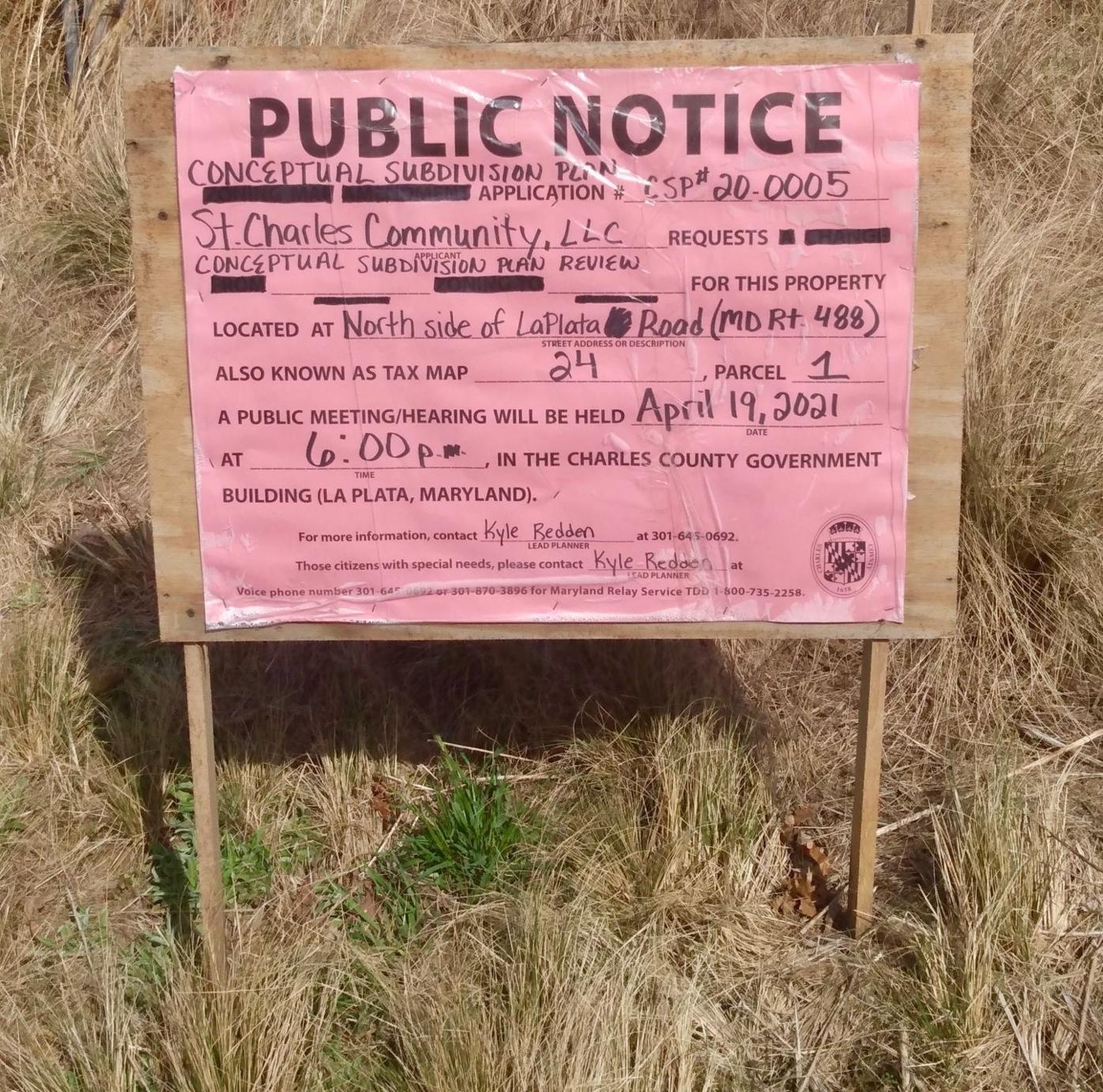 This sign advertised a hearing on a proposed conceptual subdivision plan on La Plata Road, but didn’t note that the April 19 meeting was virtual. 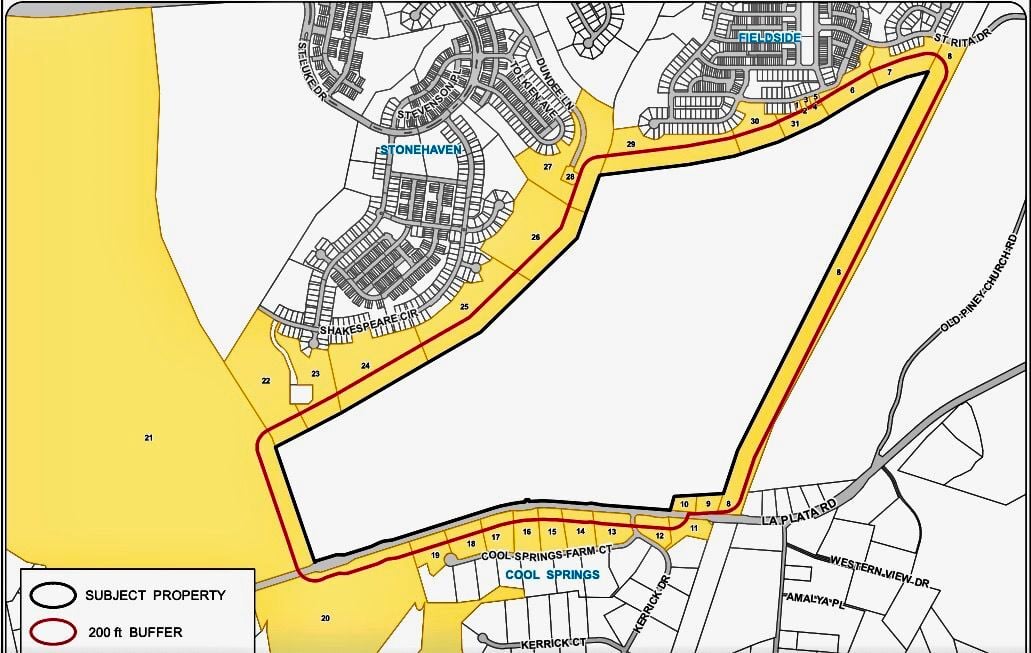 A map of the proposed Village at Wooded Glen is pictured.

This sign advertised a hearing on a proposed conceptual subdivision plan on La Plata Road, but didn’t note that the April 19 meeting was virtual.

A map of the proposed Village at Wooded Glen is pictured.

John Curtis was wondering who signed off on some signs that advertised a meeting about a conceptual site plan.

Curtis said he saw the signs and went to the county planning commission meeting on April 19, only to find out that he couldn’t get into the building.

The issue in question — a conceptual site plan proposed by St. Charles Community LLC — was heard, but county staff delayed public comment until noon on Tuesday, April 27, due to the advertising snafu.

“I’m not alone on being deceived by the sign posting,” Curtis said in an email. “Others showed up expecting to attend the meeting as well.”

Curtis said two signs were displayed east of La Plata on La Plata Road (Route 488). “One is located between Kerrick Drive and Hawkins Gate. The other is located near the next hilltop towards La Plata,” he said.

In an email on Friday, April 23, Charles county staff noted that someone accidentally did not cross out the words “at the government building” and write “virtual” on the signs.

The subject of the signs and meeting — a conceptual site plan for the proposed Village of Wooded Glen — is a unique circumstance, according to planning staff.

The planning commission does not take action on conceptual site plans. They are presented at a public meeting, and the public comments are sent to the applicant, who will have to respond to them in writing as part of their future application for a preliminary subdivision plan.

The property in question is located north of La Plata Road, south of the Stonehaven and Fieldside subdivisions.

An undetermined number of single-family homes and townhomes are proposed for the 353-acre property, which has Planned Unit Development zoning. Also proposed are parks and a neighborhood center.

The development would have two access points off La Plata Road and a third via a future St. Jacob’s Drive on the east side of the property. Planner Ben Yeckley said the latter would connect to New Piney Church Road.

During the April 19 meeting, staff noted that no one signed up to speak on the topic. Chairman Wayne Magoon said he received some phone calls about the plan, particularly related to the traffic impact on Route 488, but advised them to contact the planning department.

Public comments on the Village of Wooded Glen Neighborhood can be sent to PlanningCommission@CharlesCountyMD.gov.

The public can also comment in the future when a preliminary subdivision plan is presented.