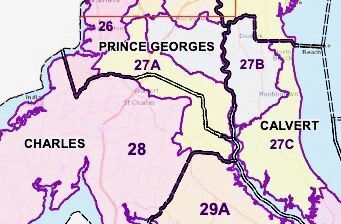 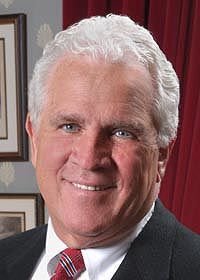 The process to fill Thomas V. Mike Miller’s vacated seat in the Maryland Senate is reaching a significant point this weekend, as the three Democratic central committees — Prince George’s, Charles and Calvert — are scheduled to conduct virtual hearings for candidates.

The three separate hearings to fill the District 27 seat will be held Saturday evening for Calvert, Sunday afternoon for Charles and Monday evening for Prince George’s.

The committees’ deadlines for applicants to file the necessary paperwork — letters of intent and resumes — was listed as Thursday, Jan. 7.

Landis opined that there would likely be a “last minute” dash to submit letters of intent and resumes.

According to state law and Democratic central committee bylaws, in case of resignation of an individual elected to the legislature, “the governor shall appoint a person to fill such vacancy from a person whose name shall be submitted in writing within 30 days after the occurrence of the vacancy.”

The law further states “it shall be the duty of the governor to make said appointment within 15 days after the submission.”

According to a press release from the Calvert Democratic Central Committee, “The central committee of each county involved shall have one vote for submitting the name of a resident of the district. If there is a tie vote between or among the central committees, the list of proposed names shall be submitted to the governor” who shall then make the appointment from the list.

Miller submitted his resignation from the senate on Dec. 23, citing health issues. He had served in the state legislature for nearly 50 years.

On the day Miller resigned, Del. Michael Jackson (D-Calvert, Prince George’s) told Southern Maryland News that he would be applying for the senate vacancy. Jackson, an Upper Marlboro resident, has served in the lower chamber since 2015. He served as Prince George’s County sheriff from 2002 to 2006.

According to Flaim, Calvert’s Democratic Central Committee will begin its public hearing Saturday, Jan. 9, at 7 p.m.

“The special hearing shall be live-streamed on Facebook,” the Calvert press release stated. “Candidates and people speaking on their behalf shall be emailed a Zoom registration link.” To view the livestream session on the night of the event, go to www.facebook.com/CalvertDemocrats/.

Charles County’s hearing will start at 4 p.m. on Sunday, Jan. 10, and will be held via Zoom. Go to www.charlescountydems.org to access the session.

The Prince George’s hearing begins at 7 p.m. on Monday, Jan. 11, via Zoom. To register for the virtual session in advance, go to https://us02web.zoom.us/meeting/register/tZAqce-hqzktG9cbCyQV765074A1KslNfFNP.