Eva Hartsig, left, and Anu Sharma of Chestertown, with help from Finn, pull up a crab trap with a turtle excluder at the Hartsig family home in St. Leonard. 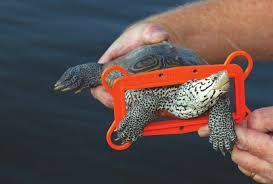 A turtle excluder device, pictured above, is meant to be attached to recreational crab pots in order to prevent turtles from getting stuck and drowning. 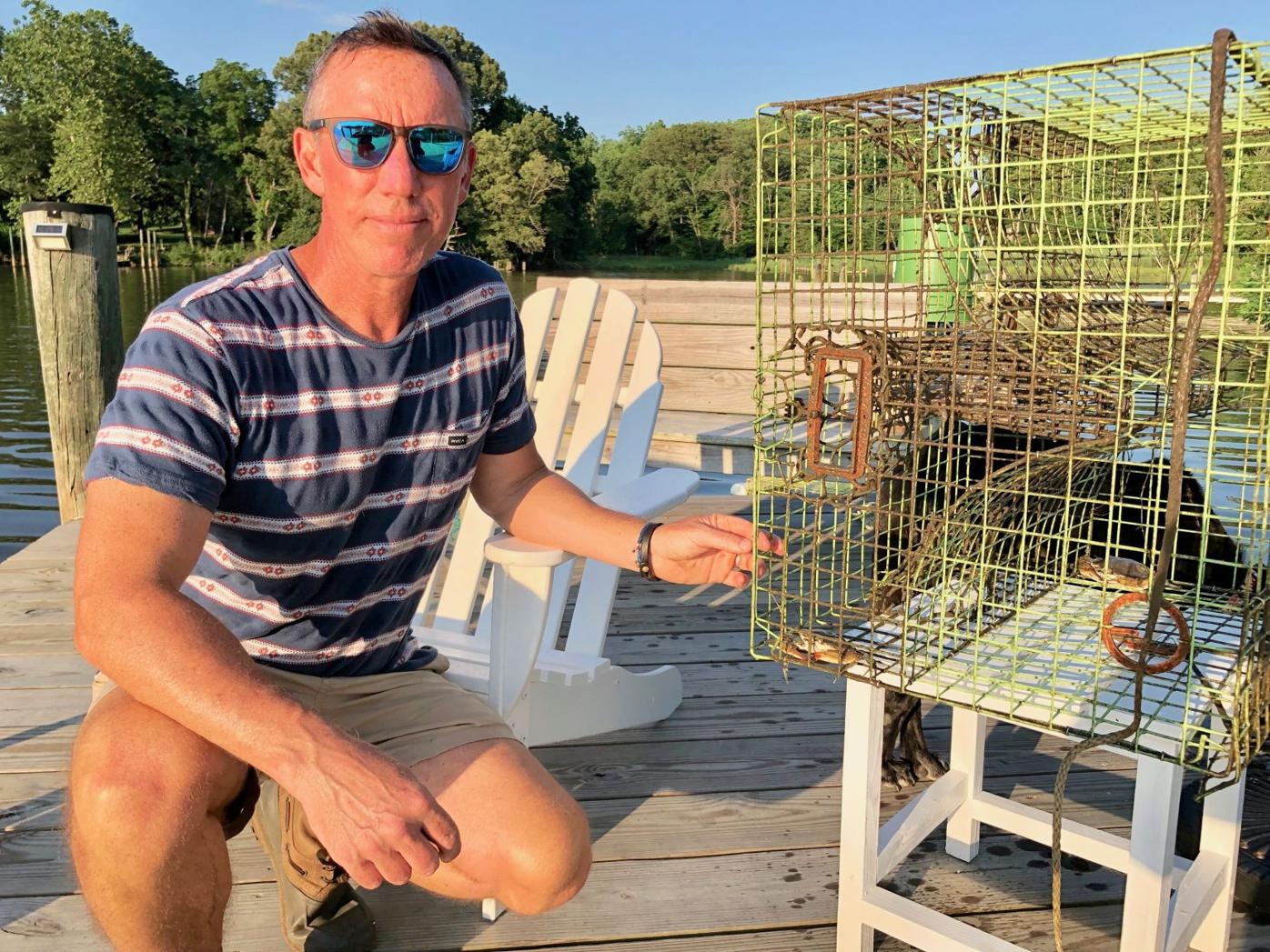 Dave Hartsig poses with one of his turtle excluder-equipped crab pots on the dock of his St. Leonard home.

Eva Hartsig, left, and Anu Sharma of Chestertown, with help from Finn, pull up a crab trap with a turtle excluder at the Hartsig family home in St. Leonard.

A turtle excluder device, pictured above, is meant to be attached to recreational crab pots in order to prevent turtles from getting stuck and drowning.

Dave Hartsig poses with one of his turtle excluder-equipped crab pots on the dock of his St. Leonard home.

As recreational crabbers start laying their traps for the spring season, they are being reminded to make sure the devices are equipped with turtle excluders so as to not capture any uninvited guests.

Turtle excluders are rectangle-shaped openings that are affixed to crab pots. The openings allow crabs to enter the traps, but the shape is designed to prevent access to the air-breathing diamondback terrapins as well as other animals.

“Remember the terrapin when you set out crab pots this year,” said Chris Rowe, an associate professor with the University of Maryland Center for the Environmental Science’s Chesapeake Biological Laboratory in Solomons.

Each year the Maryland Department of Natural Resources receives reports of diamondback terrapins, who are lured into the crab pots by the same baits used to attract blue crabs. However, unlike blue crabs, the terrapins must rise periodically to the surface for a breath of air and will drown if they are trapped in a fully-submerged crab pot.

Since 1999, Maryland regulation requires that each entrance funnel on recreational crab pots be equipped with a turtle excluder device — which are also known as bycatch reduction device — which are 1¾-inch-by-4¾-inch rectangular inserts attached to the funnels that prevent large terrapins and other air breathing animals from being able to enter the crab pot.

The devices are simple to make, and many retail outlets have ready-made ones that attach to the crab pot.

“This small adjustment can make a big difference,” Rowe said.

Waterfront property owners are legally allowed to crab with a maximum of two recreational crab pots.

“It does a good job of keeping them out because of their shells,” said Dave Harstig, who has lived on Wells Cove in Calvert County for the past 23 years. “Absolutely I think they’re a good idea. Anything that keeps by-catch from getting in there is a good thing.”

In one example, 20 terrapins were found drowned to death in an Ocean City crab pot in 2016.

When asked how many turtles would get trapped each year, Rowe paused.

“It’s really hard to put a number on it but it wasn’t at all unusual for recreational crabbers to find terrapins in their pots,” he said. “And there’s photos on the web with crab pots with a lot of turtles, and I think it was some of those images that instigated some of the changes. I’m sure [the excluder devices] have been fairly effective at protecting a lot of animals. There was certainly a lot of terrapin mortality [in years past] so it seems they should have had an effect.”

Commercial crabbers are not required to have the devices as they generally crab in deeper waters while terrapins and other reptiles prefer shallower water. Rowe said that some coastal shrimpers in the country are required to have devices to prevent sea turtles from entering their pots.

Rowe said there is some mystery as to what exactly happens when terrapins give birth.

“There’s some question as to what happens right after they hatch,” he said. “We don’t know for sure whether they prefer to go into the water right away like a sea turtle, or if they spend their first year on land.”

Rowe said evidence from a study in New York’s Jamaican Bay suggests they will hatch and then disperse a few meters away from the nest and burrow into the sand until the following spring. Rowe said the baby turtles receive nourishment from a yolk sac they are born with.

“Terrapins crawl up into our yard each year,” Hartsig said. “It’s not uncommon at this time of year to see the smaller ones all over the place.”

Rowe said that while terrapins are not endangered, they are not quite out of the woods.

“The issue with the terrapins is that they are a species we consider of concern,” Rowe said, citing a South Carolina study that showed terrapins in decline. “But we haven’t seen that here in the bay because we don’t know how many we have out there.”

Rowe said one obstacle that terrapins are currently facing “the sea level rise and the habitat declining” and added that “the future is going to be more difficult because there’ll be fewer places for them to live.”

Rowe also reminded motorists and boaters to be on the lookout for turtles of all kinds.

“The nesting season for the terrapins and a lot of other turtles is really starting now,” he said, “so be careful of turtles crossing the road and the terrapin heads in the water. And [boaters should] look out for their heads because they’re hard to see and easy to hit.”

For more information on turtle excluders, go to https://dnr.maryland.gov/wildlife/Documents/TerrapinBrochure.pdf or to make your own, go to www.vims.edu/research/units/projects/terrapin_brds/index.php.