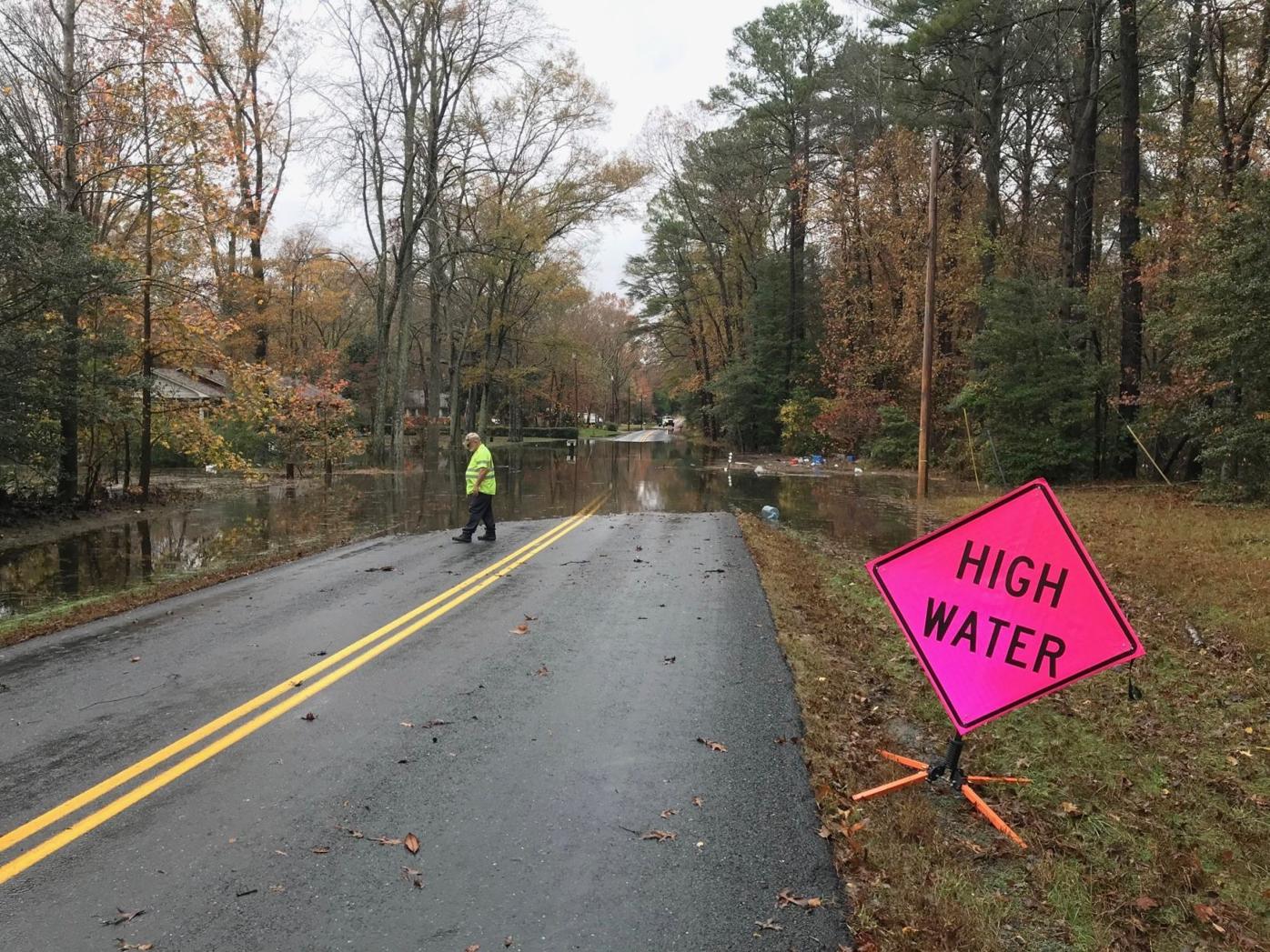 A St. Mary’s County employee walks on Maypole Road north of the CVS Pharmacy on Nov. 12. The road has been flooding more since the county stopped dredging two local creeks in 2006, according to a local resident. 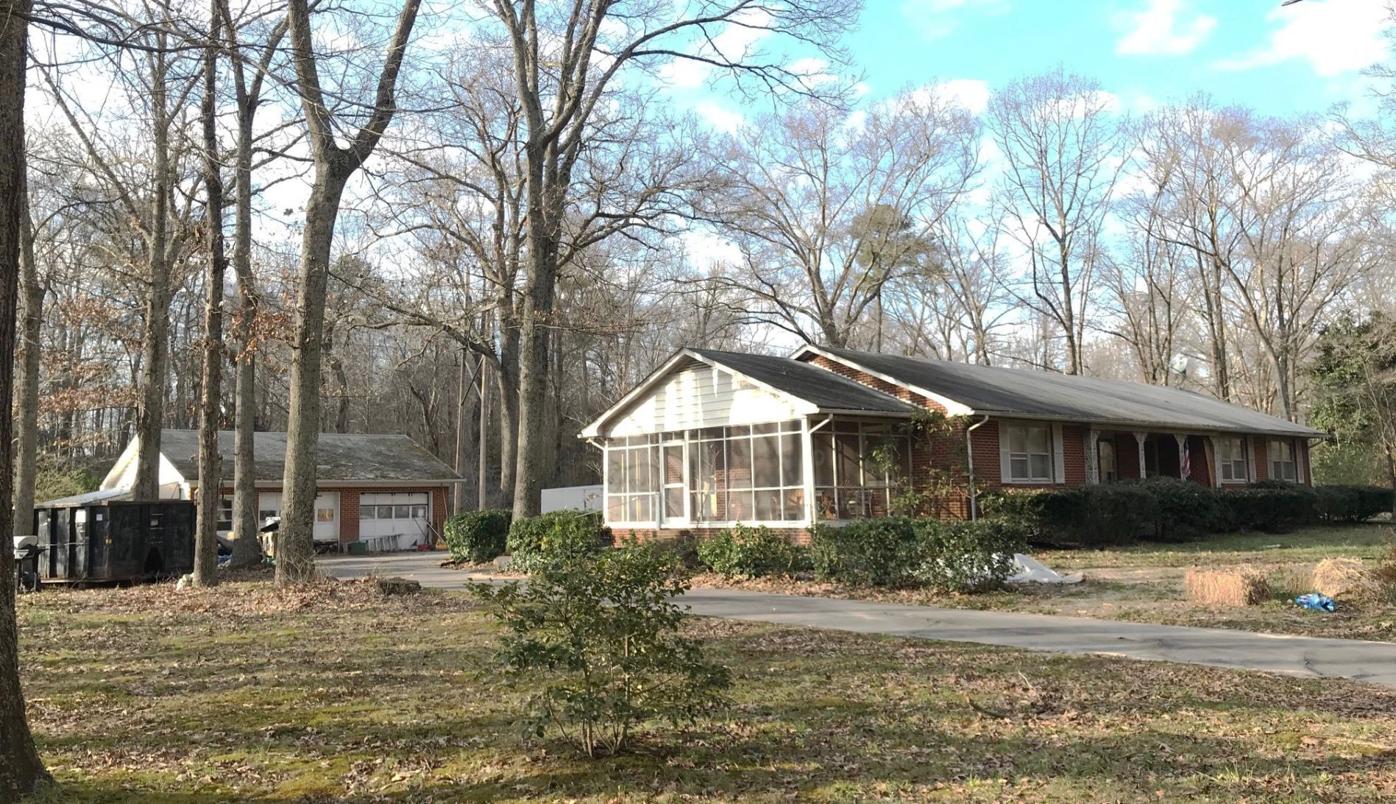 This house at 23295 Maypole Road where David Bowles and his mother Dolores Bowles were living was flooded as a result of Tropical Storm Isaias in early August. 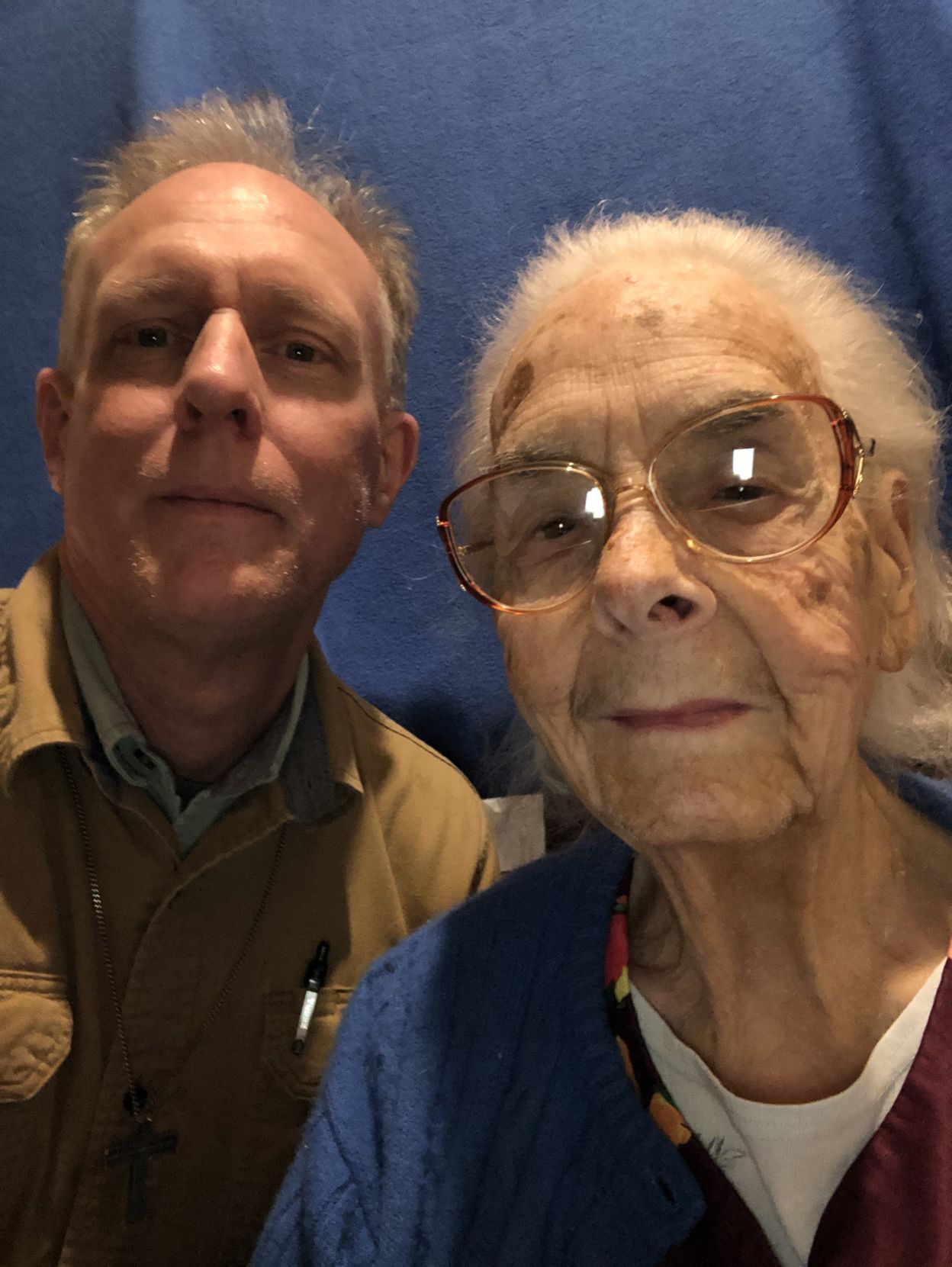 David Bowles and his mother, Dolores Bowles, are receiving help from two local churches and others after their home flooded in August.

A St. Mary’s County employee walks on Maypole Road north of the CVS Pharmacy on Nov. 12. The road has been flooding more since the county stopped dredging two local creeks in 2006, according to a local resident.

This house at 23295 Maypole Road where David Bowles and his mother Dolores Bowles were living was flooded as a result of Tropical Storm Isaias in early August.

David Bowles and his mother, Dolores Bowles, are receiving help from two local churches and others after their home flooded in August.

Two local congregations are stepping up to help a mother and son who were impacted by Tropical Storm Isaias in early August.

About 5 inches of water got inside the Maypole Road home of David and Dolores Bowles, according to Bob Steinbach, a deacon at Grace and Peace Orthodox Presbyterian Church in California. The family had been living in a ranch-style house in St. Mary’s County just west of the Leonardtown city limits.

In order to be livable after the flood, the flooring and 2 feet of the lower wallboard in the house had to be replaced due to mold, according to the deacon.

The floodwater also rose to several feet in a garage on the property, Steinbach said, and left all three of the vehicles on the property inoperable. Two — a 2000 Buick and a 1979 Lincoln — are too old and “not worth the effort” to fix, he said. However, he is trying to salvage a 2013 Honda Pilot that was completely submerged. A 1974 compact tractor has been fixed up.

“An OPC family in Ohio heard of the destruction and donated their minivan to the church, who in turn gave to the Bowles,” said Rob Moser, another deacon at Grace and Peace.

Some $29,000 had been raised for the home project through early December, Steinbach said, with another $15,000 or so needed. He explained that electrical wiring has been replaced, along with the subfloor and wall.

What’s needed next is new flooring, kitchen cabinets and countertops, a bathroom remodel to make it wheelchair-accessible for Dolores Bowles, who is 94, and larger gutters to keep water away from the house’s foundation.

The Bowles are staying at the home of a Grace and Peace church member, Steinbach said, noting that their furniture and appliances are temporarily stored in three other homes.

About 24 volunteers have helped on the project so far, mostly members of Grace and Peace, where David Bowles attends, and Callaway Baptist, where Dolores Bowles is a member.

“The Orthodox Presbyterian Church is only one of a handful of organizations in the country that will do a house restoration after flooding,” Steinbach said. He noted that members of the denomination from other states have contributed financially and assisted in the restoration project.

When Isaias landed in St. Mary’s County on Aug. 4, it came with high pressure and a full moon, which resulted in a “very high tide,” according to Moser.

Moser said that Austin Davis, an OPC member from North Carolina, formerly owned a mold remediation business. Davis drove to St. Mary’s County in August to advise on what to do and brought some dehumidifiers.

“The electric bill went up $1,000 the first month,” Moser said, noting that dehumidifiers were put in the crawl space under the home and a germicidal spray was used on joists after flooring and wallboard were removed.

“We’re working week-by-week as funds are available,” Moser said, noting the house needs to be brought up to code because it was built in the early 1960s.

“We are very thankful for all the wonderful help from our brothers and sisters in Christ,” David Bowles said in a text message.

Moser said that, according to David Bowles, the county used to dredge two area creeks — McIntosh and Greenhill runs — to prevent flooding, but stopped doing that around 2006. As a result, the Maypole Road area floods.

It would cost around $80,000 to lift the Bowles’ home onto posts, Moser said, but added that’s probably not going to happen due to lack of funds.

“They bought [their house] before flood insurance existed,” Moser said of the Bowles. (The National Flood Insurance Program was created in 1968.) Moser added that it would cost around $8,000 a year for flood insurance for the Bowles’ home, which a family of modest means likely can’t afford.

According to John Deatrick, director of St. Mary’s County Department of Public Works and Transportation, dredging “is no longer allowed without a full-blown engineering design to restore the stream to a natural condition.” Dredging cannot be done solely to turn a creek into a conduit to convey water, he said, adding that the Maryland Department of Environment’s guidance says “to respect flood plains and allow streams to be natural.”

“It is a very difficult situation for those [who] live on Maypole Road, as well as other houses and businesses that flooded during that storm in many other locations,” Deatrick said in an email. “Many of the houses on Maypole Road were built in the flood plain prior to regulations that now would not allow that to take place. Some of the houses on Maypole are actually in the floodway and the hurricane evacuation zone.”

Deatrick noted that Leonardtown has regularly cut up trees that have fallen across the creek from the Point Lookout Road/Route 5 bridge over McIntosh Run down to Breton Bay. St. Mary’s County is considering a similar operation above Route 5, he said.

“Because you can’t put heavy equipment in the floodway stream buffer, it really would just be cutting the trees up and pushing them back from the immediate stream bed,” Deatrick said.

Deatrick noted that Isaias deposited 11 inches of water in less than 24 hours.

He related that, according to the U.S. Geological Survey, the Chaptico Creek flood gauge at state Route 234 recorded during Isaias twice the flow per minute than it had ever recorded before.

“The storm had even [greater] impact in that area because McIntosh Run is tidal and that morning was high tide, pushing water back instead of letting it flow to the bay,” Deatrick said in an email. “The reason that area is tidal even that far from the bay is that the stream flows through a very flat area which is all essentially a flood plain for McIntosh Run.”

Those who would like to donate funds or labor to the restoration project can go online to opcdisasterresponse.org/opportunity/tropical-storm-isaias/.