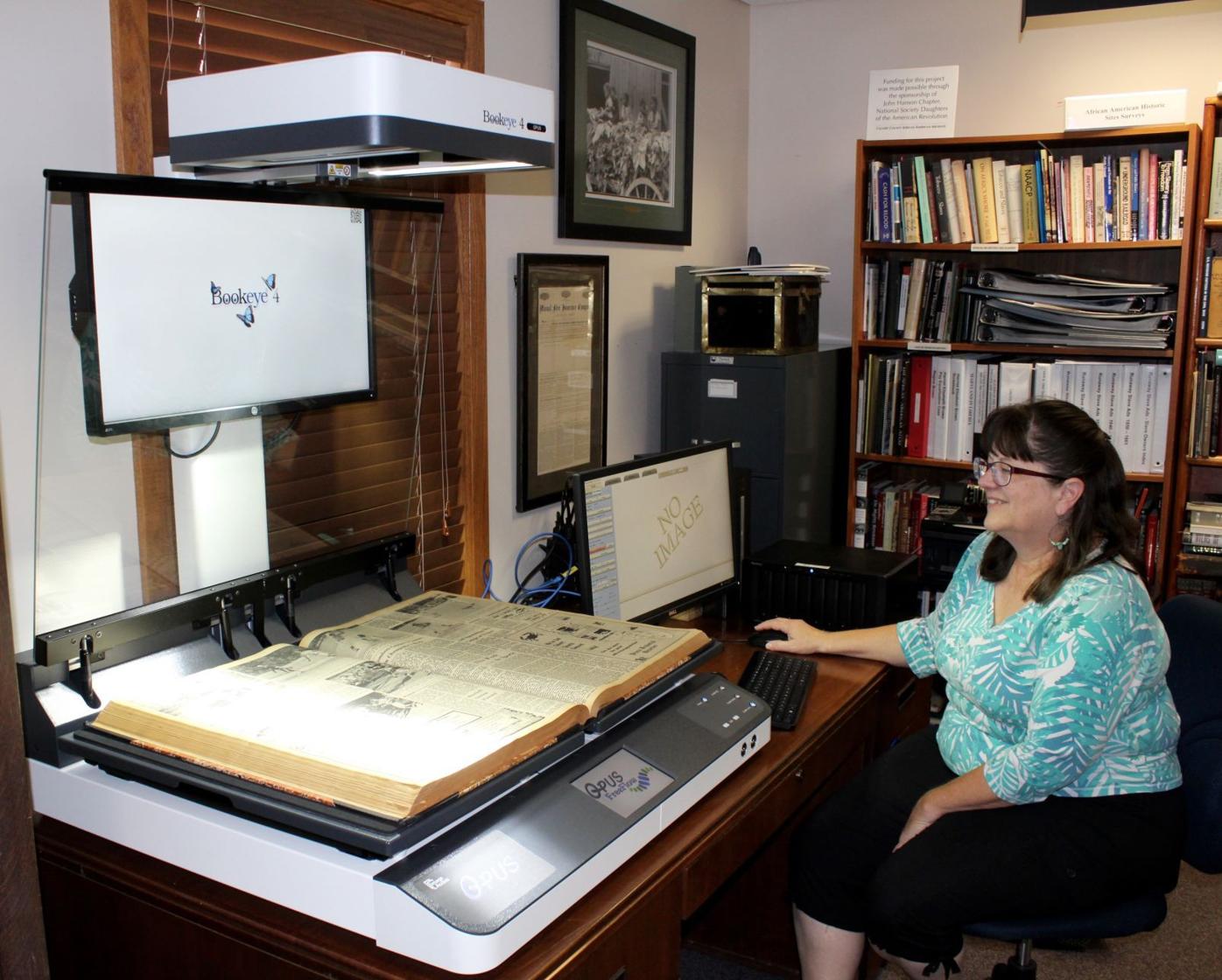 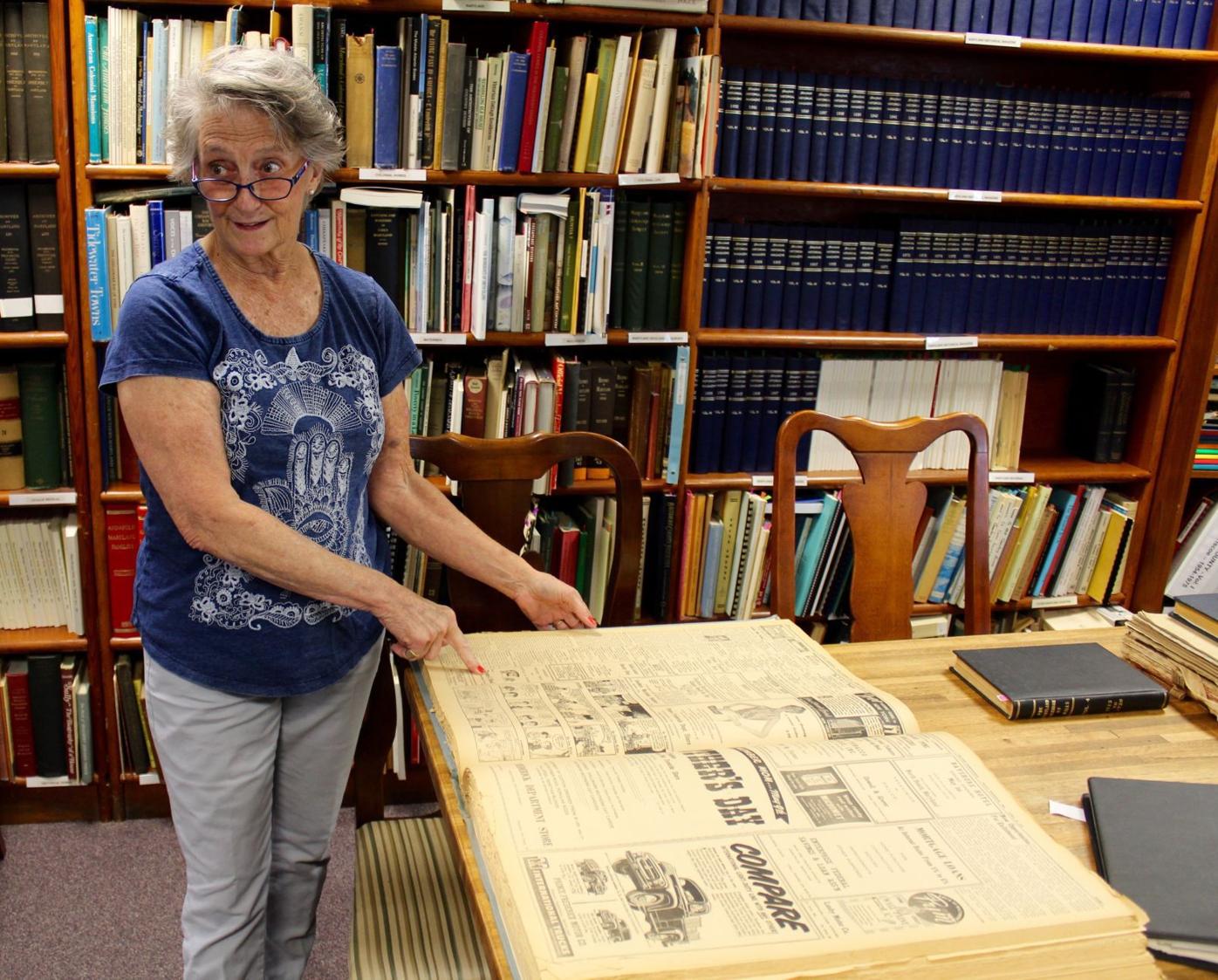 Leila Boyer flips through a volume of old newspapers. 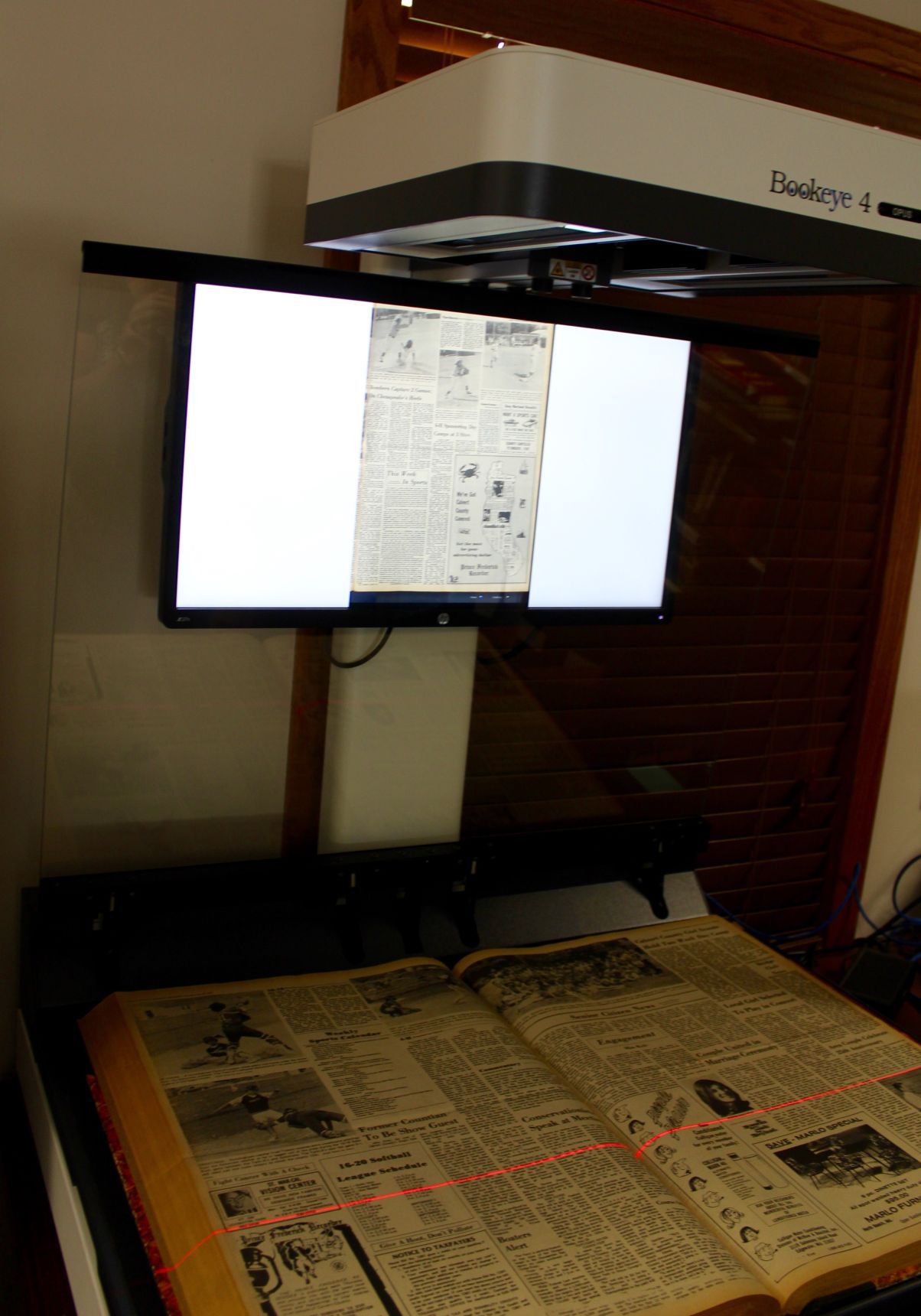 The scanner provides the ability to view and search with keywords high-quality digital images of newspaper pages.

Leila Boyer flips through a volume of old newspapers.

The scanner provides the ability to view and search with keywords high-quality digital images of newspaper pages.

A total of $40,000 was needed for the scanner, and over the years, $20,000 was raised toward the cost. The rest came from the society’s endowment. The $20,000 was raised piecemeal, which Boyer said “is huge for a small historical society.”

Boyer admitted with a chuckle that a good deal of begging and guilt went into raising that momentous $20,000.

“It’s one of those things that makes you want to weep, people care so much,” Boyer said of the fundraising efforts. Historical society members and local businesses all chipped in to make the dream a reality.

Now, volunteers are chipping in to tackle another monumental task: scanning in the thousands of pages of both The Calvert Recorder/Prince Frederick Recorder and the former Calvert Independent.

Volunteer Laurel Kirkman started volunteering with the historical society when she moved to Calvert County in 2014. She was the one tasked with figuring out the technical side of things and getting the scanner up and running, with a background in IT. The historical society got the equipment in January but it took a few months before it was ready to get into action.

It takes about four hours to scan through all the pages of one of the many bound volumes of newspapers. Then, each page’s file has to be straightened out individually in the software. Despite the tediousness, Boyer said the process is going more quickly than she thought it would.

The volunteers have almost completed the first decade’s worth of volumes from the Calvert Independent in the 1940s and 1950s. It’s an interesting era to see all the pages, as the country was in the midst of World War II. There weren’t any crossword puzzles in the papers until after the war, for example. The newspapers back then included things like crochet patterns and serial fictional stories.

Unlike normal scanners, this one doesn’t require a book to be opened and flipped so the pages lay on a glass surface. Instead, it scans from above. There’s no lid to close like on a scanner or copier. This is crucial to scanning fragile historical volumes. And, the surface of the scanner is large enough to handle the large pages of a newspaper.

Another appeal of the scanner is that it offers the ability to search keywords, rather than going through issues upon issues of newspapers like what is done on microfiche.

A historical society member was even able to bring in a black and white framed historical photograph of Broomes Island and the scanner was able to scan it, with the glass on, and the reproduction doesn’t show signs of it at all.

“An amazing amount of generosity went into this thing,” Boyer said.