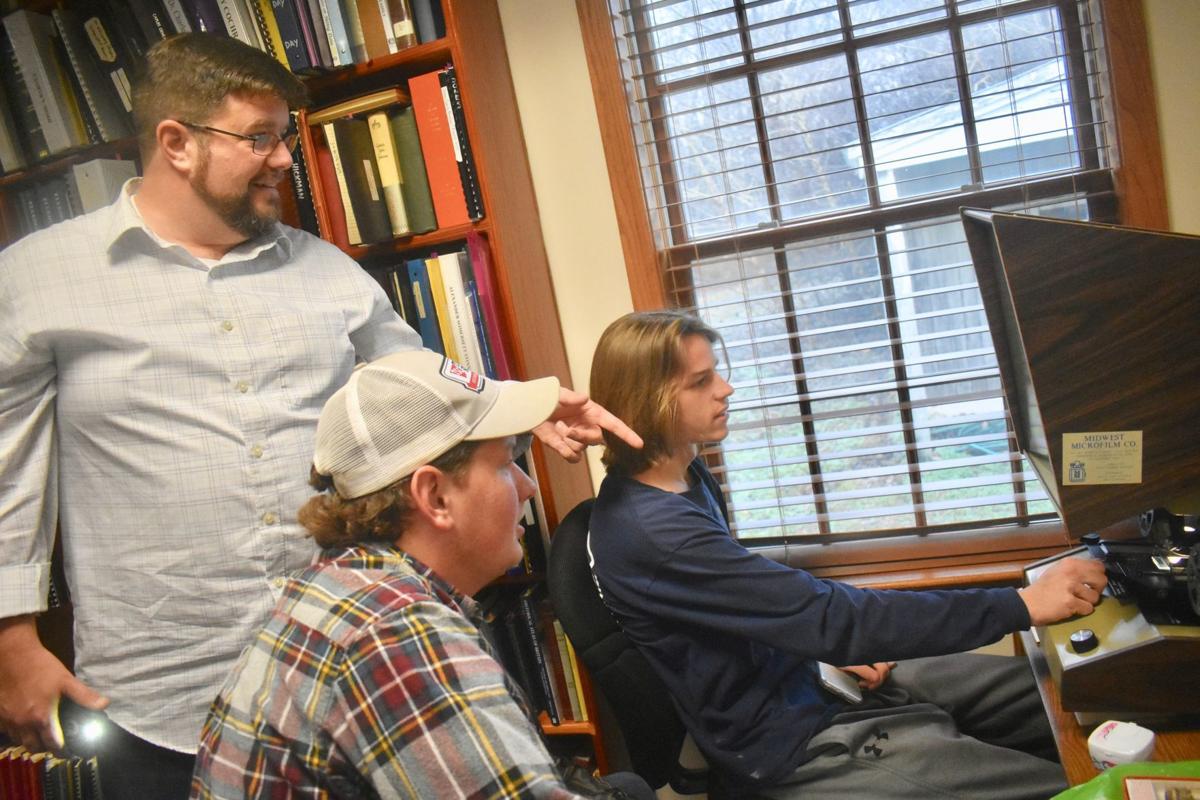 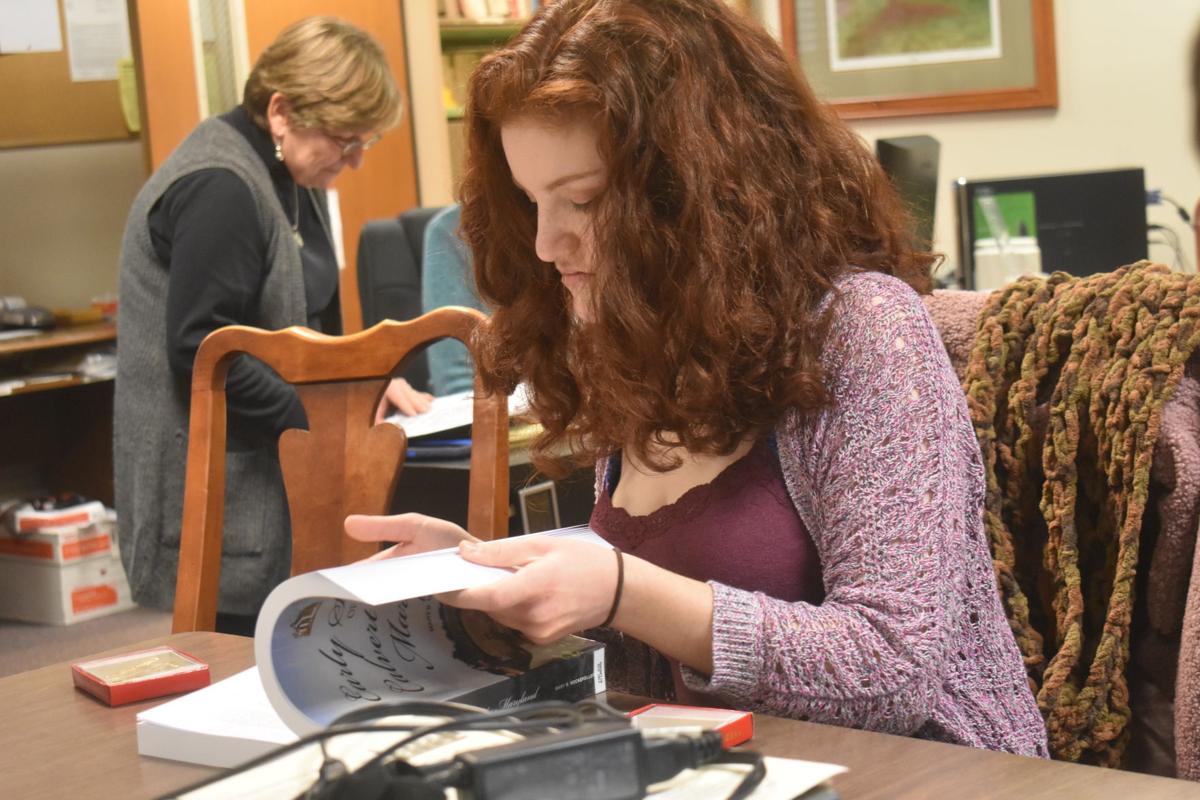 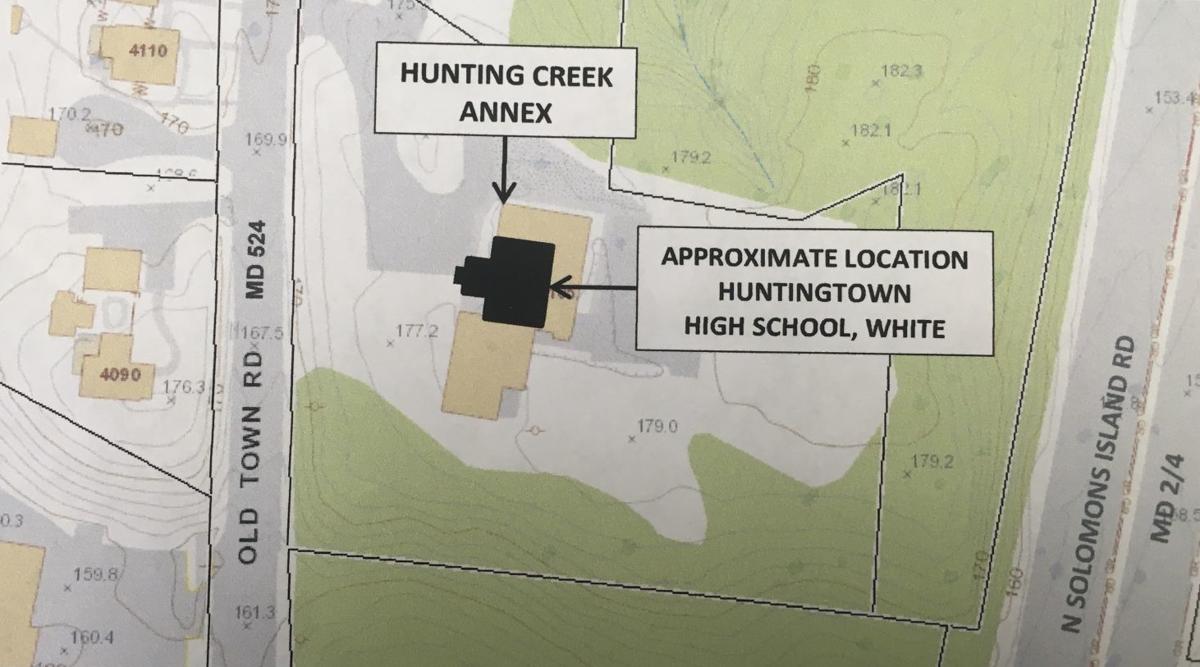 The first Huntingtown High School, which was in operation from 1921-1932, was located almost entirely within the current Hunting Creek Annex. 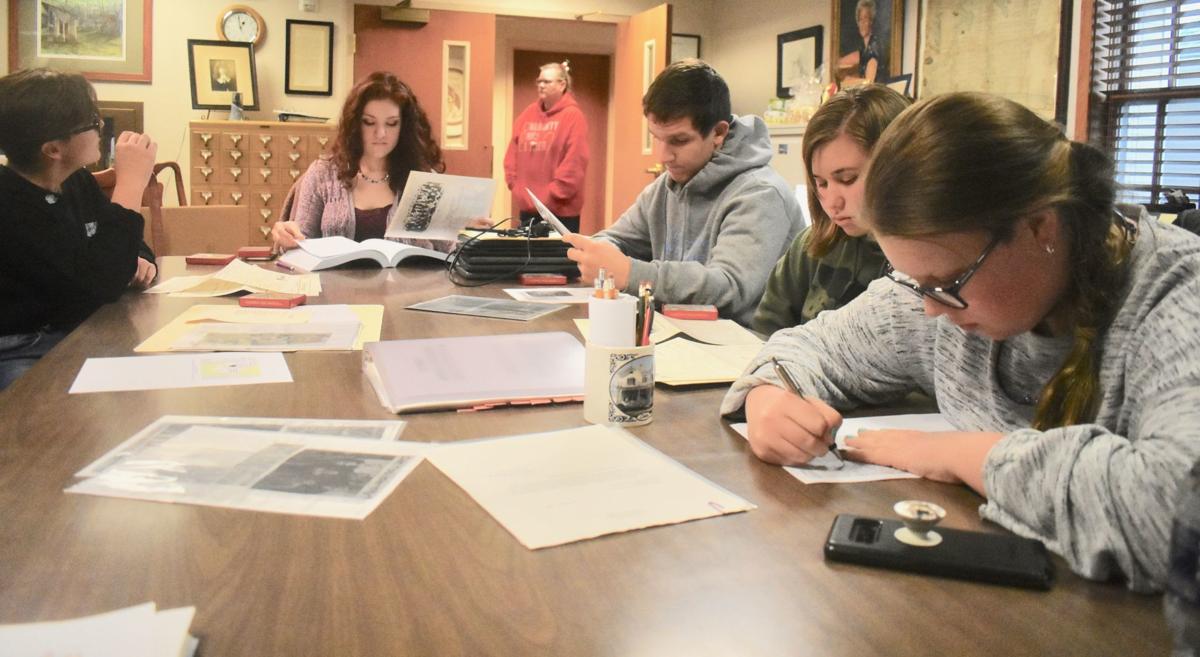 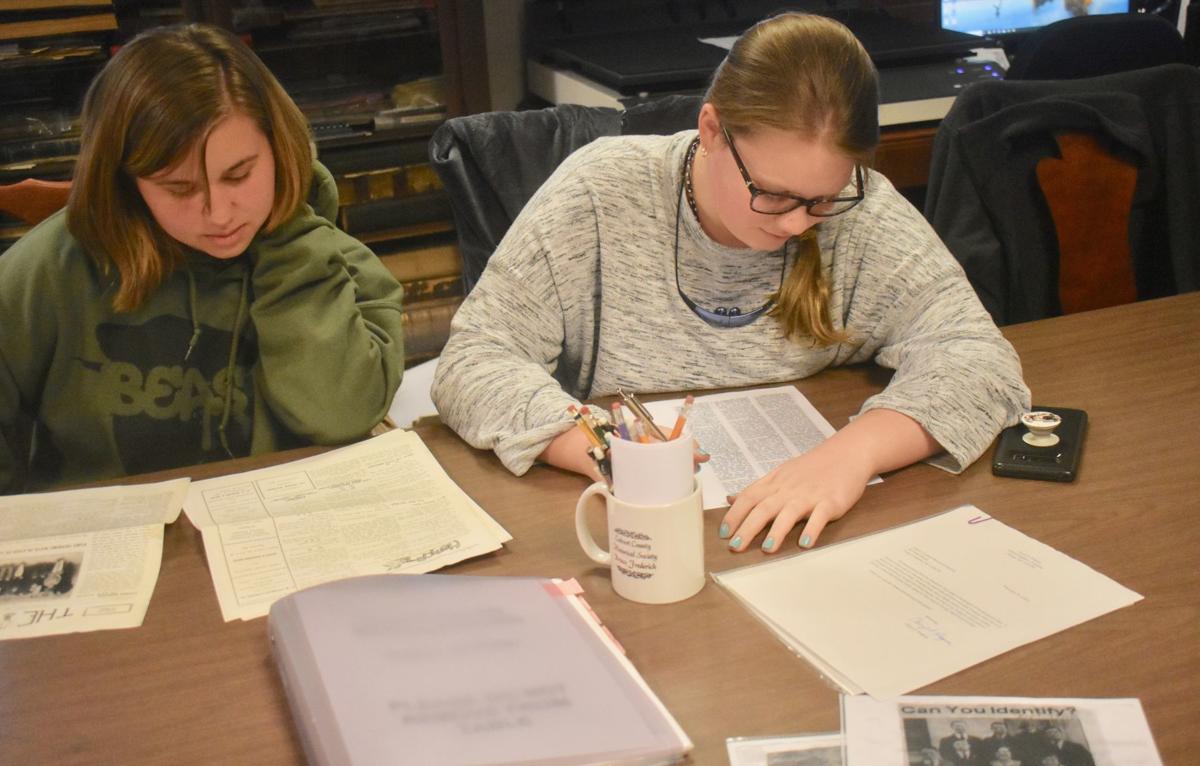 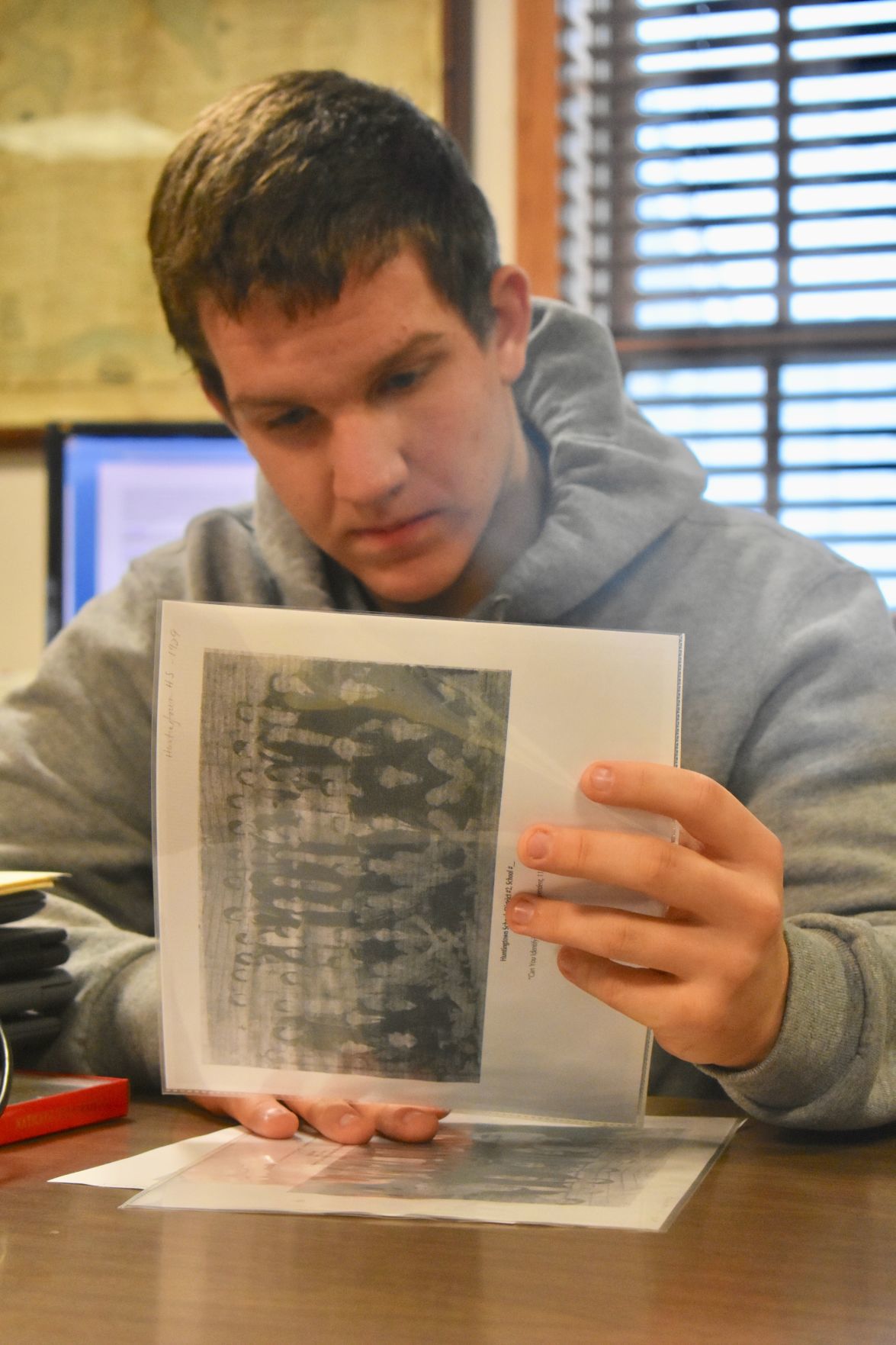 The first Huntingtown High School, which was in operation from 1921-1932, was located almost entirely within the current Hunting Creek Annex.

Huntingtown High School opened its doors in 2004, and excited students streamed through the doors of the newly-built school, eager to proclaim they were the first to attend the school.

While on a field trip with his daughter at the Baltimore Museum of Industry in 2018, Huntingtown High School social studies teacher Jeff Cunningham noticed an old copy of the Calvert Gazette and one of the stories on its front page caused his jaw to drop.

“On the front page was a story about a valedictorian from Huntingtown High in 1929, and I’m like Huntingtown High? What’s going on here?’ said Cunningham, who also runs the school’s archaeology club. “I thought it would be neat to know more about it because we all thought there was just one central high school in Prince Frederick, so I started asking around, and people in the school system had no idea.”

And just like that, the club, which was formed 10 years ago and currently has several members, had its next project.

“When I first found out what we were going to be looking into, I was so excited I told everybody,” said club member Abigail Elliott. “I think what blew my mind was just the fact there was one [other Huntingtown High School] because no one had ever heard about it.”

“I was really confused,” said club member TJ Ireland, a senior. “I thought there was just one Huntingtown High School.”

It’s a few days before school lets out for Christmas, and the archaeology club is buzzing around the Calvert County Historical Society.

Some members comb through old newspapers while others scan microfiche for any information about the old school.

And so far they’ve uncovered plenty about the original Huntingtown High School, which was built in 1921 at the cost of $9,000 — half from the state, half from the board of education – and occupied the site of the present-day Huntingtown Creek annex. However, it was much smaller than the annex.

The Level III school housed as many as 60 white students through 11th grade – high school was unavailable to black students — but as many as half would often stay home and help tend family’s crops.

The school even had athletic teams – Ireland has learned that a relative, Philip Ireland was a member of its baseball team – a fight song and its school colors were green and gold.

“I’m surprised the colors were green and gold; I wasn’t expecting that,” Elliott said. “They had so much history.”

“The students are starting to grow an attachment with these old folks,” Cunningham said, “and that’s kind of neat to see.”

Kindergarten and elementary school students were taught in the basement.

The school stayed in operation until 1932 when the high school students were forced to attend school in Prince Frederick. The elementary students continued to use the building until it burned down on Oct. 30, 1942. I was rebuilt in 1945, one wing of which is now the Hunting Creek annex.

“This is our early research phase,” Cunningham said, referring to gathering data and combing old files and microfiche. “It seems that once we unlock something, we’re able to gather more information. Once we got the date of the fire, we were able to start pulling up newspaper articles. This [project] is a little bit different because we haven’t been able to get everything easily.”

“I think patience and persistence are important because what we’re finding with this project is that there are little bits of information scattered in a bunch of different places,” Samford said. “It’s also important to show them it’s a long, slow involved process and at times they’re going to end up in rabbit holes that aren’t going to end up anywhere good, but you still have to follow all those trails.”

“It’s also important to help folks distill questions in terms of not only what do you want to know and what is interesting to know,” Rantanen said, “but also what is knowable and where you might seek that information and from which sources. And it also gives the kids a chance to see that history is personal, and it’s not just something you read about in textbooks that happened an ocean away. History gets compiled bit by bit.”

Ireland found out about the club and his curiosity was piqued.

“I thought it was interesting, so I wanted the opportunity to join,” he said. “You learn a lot more about [history] than you think you would, and it can even help you in the future. It’s a good time.”

Elliott’s reason for checking out the club was the polar opposite.

“I had recently seen the Indiana Jones movies and thought, ‘I want to be the next Indiana Jones,’” she said. “I really didn’t know much [about archaeology], but I just thought, ‘I’ll just go check it out’ because I needed something else to do. And when I did I realized it wasn’t all about the adventure and the crazy, extravagant stories you hear from Indiana Jones, but it’s the real history and the uncovering of it, and it’s just so awesome.”

“Our primary goal is to teach these kids what history and archaeology are all about,” Cunningham said. “And also I’m starting to see something happen here that is really cool is this group of students is having this connection to their little precursor [high school] across the street that might have been forgotten in the annals of history, if not for the kids down the street taking on this project.”

And though she hasn’t had a chance to wear a fedora, use a bullwhip or jump into a pit of snakes – at least yet — Elliott said she’s enjoying uncovering the school.

“Let me tell you, one of the highlights of my junior year is getting to research this and study this because it’s awesome,” she said. “It’s just awesome that it’s our job to inform everybody and cool that we get to be almost pioneers in Calvert County history. It’s a story that’s very important to us. I’m a Huntingtown High School student, and this is who we were.”