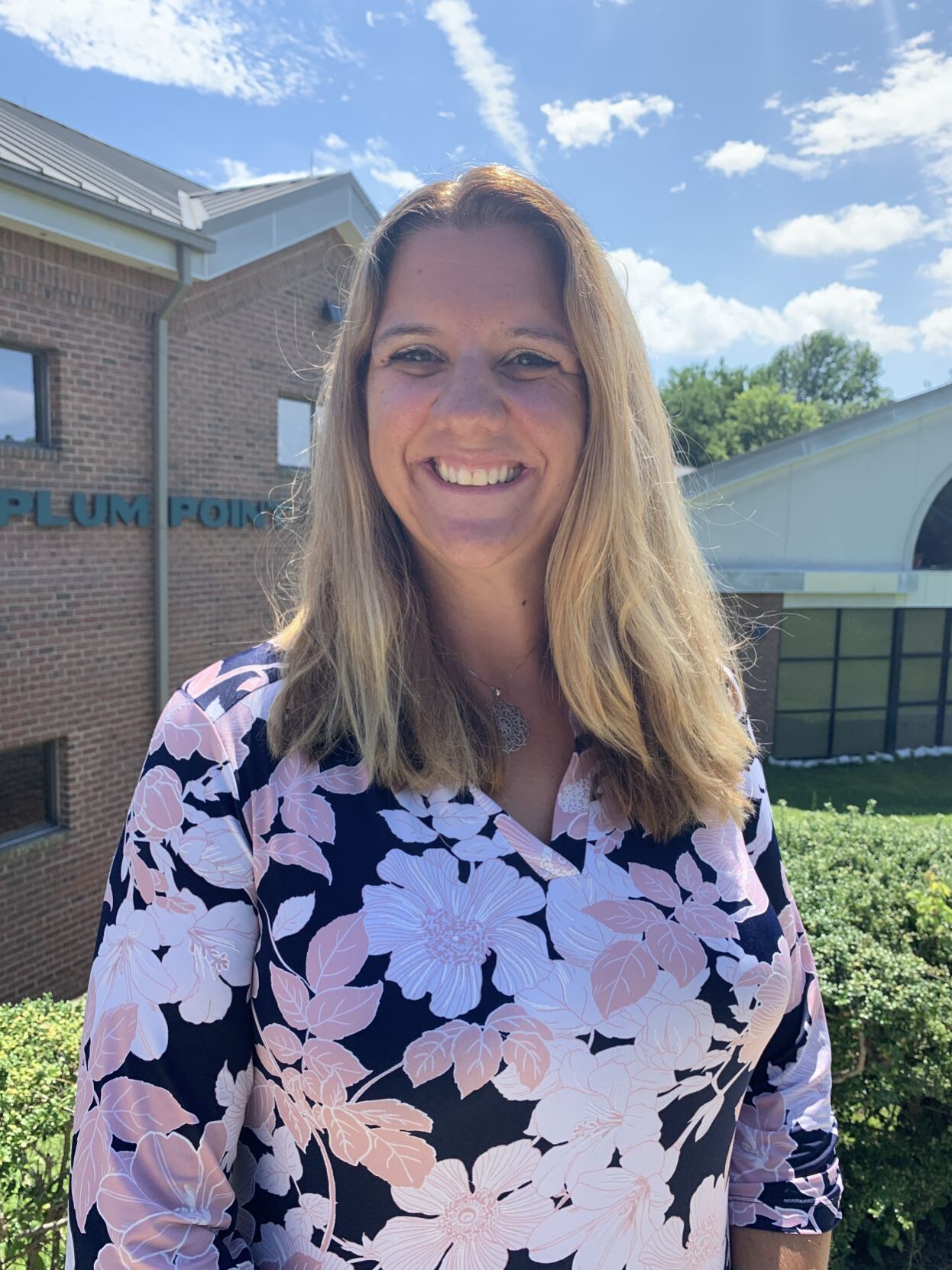 After a year of maternity leave, Sabrina Bergen will be the principal at Plum Point Middle School. 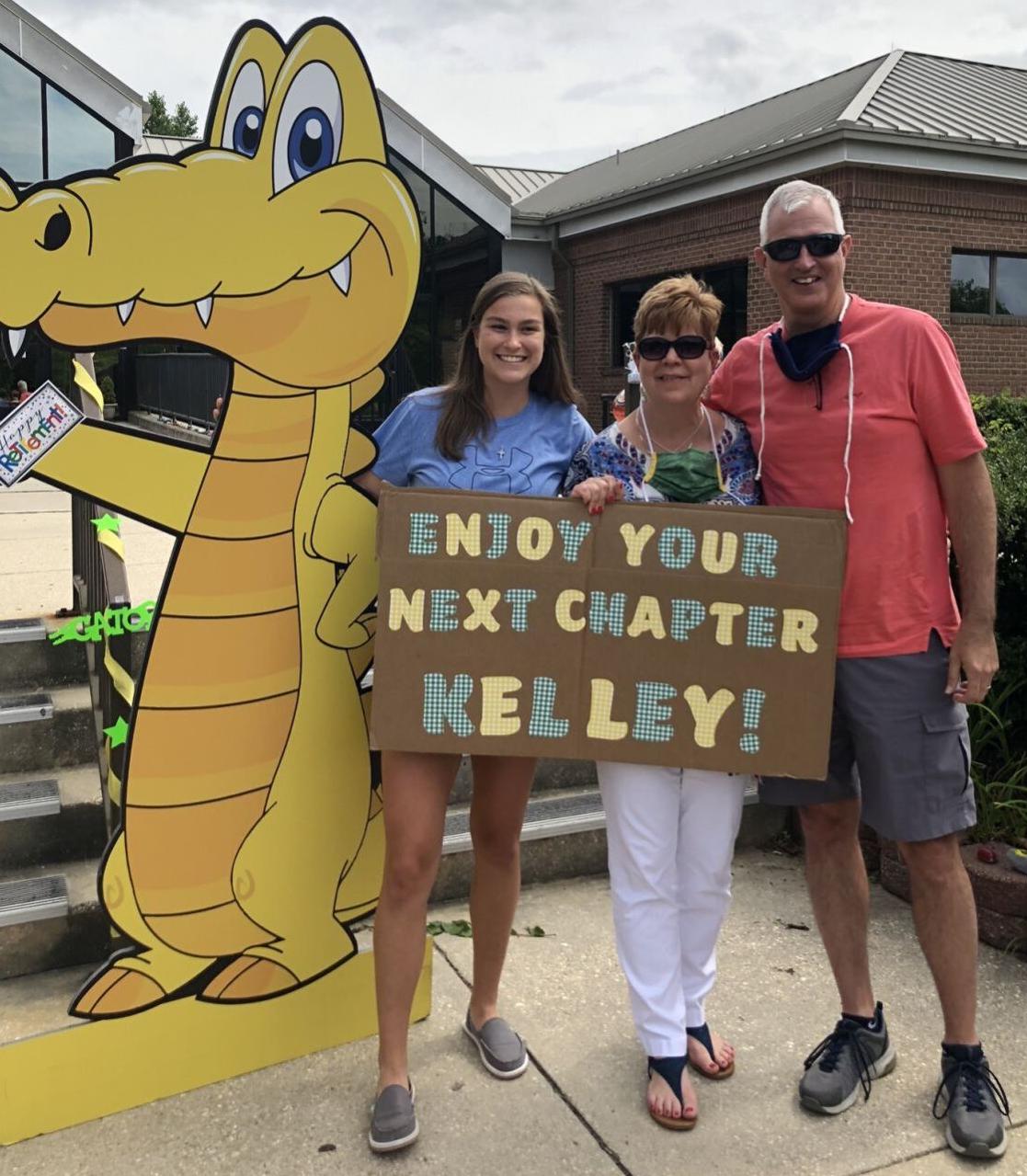 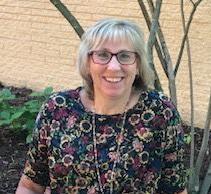 Stacy Hawxhurst was a student, student-teacher, dean and assistant principal at Mutual Elementary and, starting this fall, will be Mutual’s new principal. 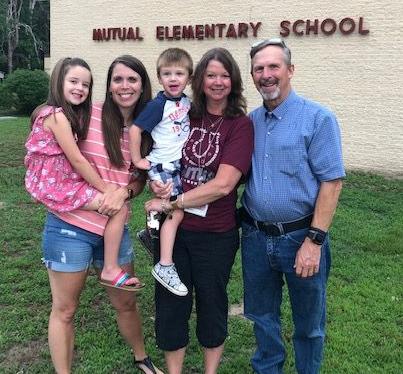 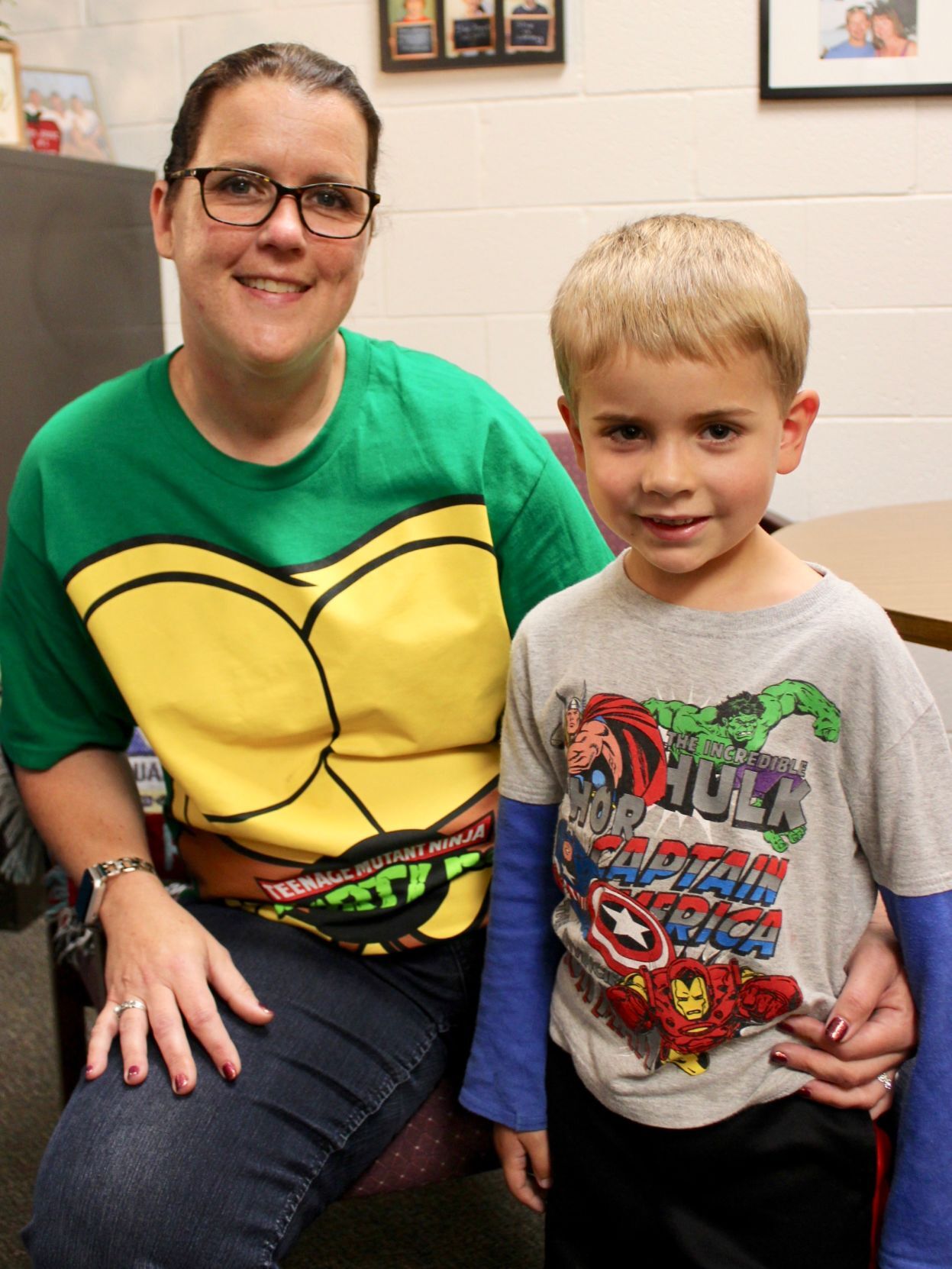 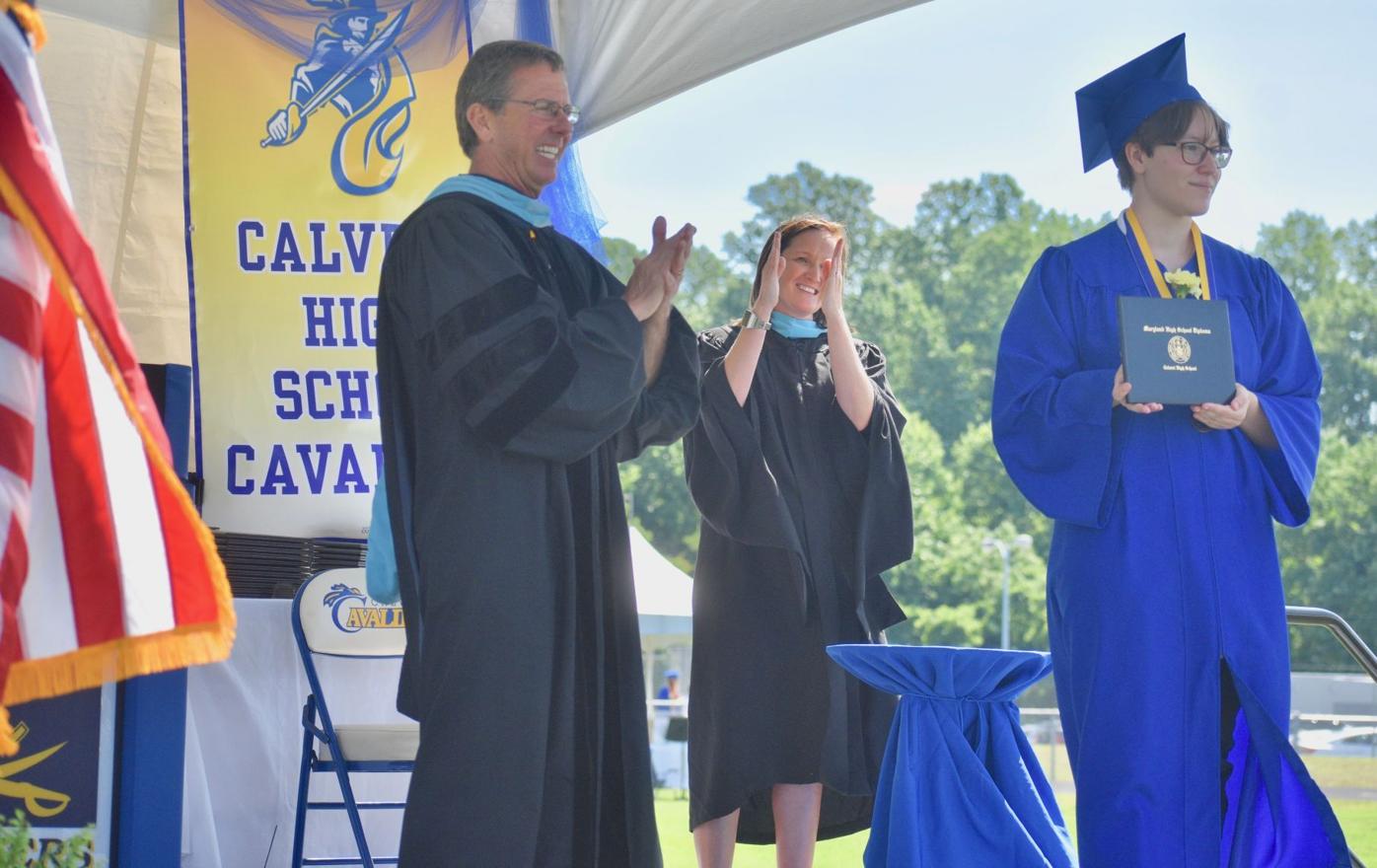 After a year of maternity leave, Sabrina Bergen will be the principal at Plum Point Middle School.

Stacy Hawxhurst was a student, student-teacher, dean and assistant principal at Mutual Elementary and, starting this fall, will be Mutual’s new principal.

While there are still plenty of question marks about how to instruct students, there are far fewer as to who will instruct the students after Calvert County public school officials recently approved the appointments of six building administrators.

“It is great to have the opportunity to promote some of our developing leaders, to bring back some who are known to us from past experience, and to welcome the new,” Calvert public schools’ Superintendent Daniel J. Curry said.

Former Patuxent High School principal Sabrina Bergen returns from a leave of absence from having her fourth child to become the principal of Plum Point Middle School.

“I am excited and honored to start a new chapter in my life as principal of Plum Point Middle School,” Bergen said.

Bergen was a math teacher at Northern High School but moved to Huntingtown High School when it opened in 2004. She was a vice principal at Huntingtown for six years and was principal at Patuxent High School — where she was named Maryland Chapter of Educational Theater Association Administrator of the Year in 2019 — the past four years before she took her leave.

Bergen is taking the place of Kelley Adams, who is retiring following a 30-plus year career in education.

“When you’re a principal it’s 24/7 so I just thought I needed to take a step back,” said Adams, who was at Plum Point since 2014. “I wanted to do something different. It was time.”

She plans to work part-time with student interns and teachers and spend more time with her husband David, a programmer with the U.S. Census Bureau, and daughters Brylin and Brynn.

“Definitely I’ll miss the kids, all the fun things we get to do,” she said of her students. “There’s never a same day when you’re a principal.”

When asked what she would do on the first day of school, Adams paused.

“Wow. Wow. That’s a loaded question,” she said. “Who knows what it’s going to be like, but [the students] will be in good hands with Mrs. Bergen. The staff is amazing there and they’ll make sure the kids are doing what they need to be doing.”

After beginning her career as an elementary teacher, Hawxhurst was a reading interventionist, dean, and assistant principal at Calvert and Mutual Elementary schools before moving to Dowell.

“Returning to Mutual is a dream come true,” said Hawxhurst, who was a student, student-teacher, dean and assistant principal at the school. “I am excited to work with the Mutual staff, students and parents in this community. My focus is on the social [and] emotional well-being of our students and ensuring they are provided challenging opportunities to learn and grow every day. And our administrative staff is amazing.”

Hawxhurst is replacing of Donna House, who just retired following a 35-year career in education, 21 of them as a principal.

“I’ve been trying to juggle both [family and profession] for a long time so I was depending on a lot of other folks,” said House, who was named Teacher of the Year in 1996. “My husband and I talked about how we really needed to adjust this [schedule] a little bit, and we realized I needed to focus on family. That was kind of the last straw because the family has supported me and my craziness for so many years, so now it was my time to support them.”

House began her career teaching on the Eastern shore and over the years has helped open St. Leonard Elementary (1996) and Barstow Elementary (2008).

“We were at Calvert Middle and Calvert Elementary until Aug. 30 and we literally moved to [Barstow] on the weekend,” House said when asked her favorite memory. “The teamwork [from parents, NJROTC and the board of education] and the pulling of that together was amazing. It was just this huge group effort.”

But House admitted that stepping down has not been easy.

“Even though I knew in my heart what I needed to do, it was really hard for me to do,” she said. “I was still sitting in my office completely decorated the night before [my last day] and I couldn’t [start packing] and my family knew I couldn’t do it. I couldn’t even talk about it for a while without crying because [being in education was] all I’d done for 14 hours a day seven days a week.”

On her final day, her husband Jim, a maintenance chief at Jefferson Patterson Park and Museum, surprised her with a 300-mile road trip to each of the eight schools she had taught at.

“We took pictures out front of each one and reminisced,” she said. “It was an amazing way to spend my first day retired.”

She added that students have not changed much over the years and that COVID-19 is actually helping improve the family dynamics.

“The one thing COVID-19 did was it helped people reconnect with each other,” said House, who has a son, Brandon, a daughter Erin — who teaches at Patuxent High School — and two grandchildren, Kayla and Andrew. “They’ve learned how to play and how to be imaginative again and how to build forts with their brothers and sisters. Kids still love the structure and the socialization they get at school and they want to learn. They may complain about it, but they do want to learn.”

Robinson began her career as a special educator in Prince George’s County and joined Calvert County Public Schools in 2008, where she taught at Plum Point, Huntingtown, and Beach Elementary schools. She has also served as dean at three elementary schools.

Nicole Jimney, who was appointed as assistant principal at Huntingtown Elementary, was previously a special educator and teacher in Charles County.

Cristin Williams was promoted from the position of dean/IEP facilitator at Calvert Elementary to that of 10-month assistant principal at Mutual Elementary School.

Williams was previously a special educator at Dowell Elementary and Southern Middle School.

“I am very excited to have this opportunity to work with Mutual’s staff as we strive to provide the best possible support to our students so that they can be successful learners,” Mansfield said in an email to Southern Maryland News. “Part of my role will be to guide and support the team in this very important endeavor.”

Former Calvert principal Steven Lucas stepped down to become the superintendent of the Lake Forest School District in Delaware.

“The teachers at Calvert High School are among the hardest working I’ve been around,” said Lucas, who had been the principal at Calvert High since 2016. “All teachers I’ve worked with have been great, but it’s a different culture here and they hold their kids to a high standard, so it’s difficult saying goodbye. It’s also difficult to leave because this is home and where I’ve raised my daughter ... so in those ways it is tough, but this is an opportunity.”

Lucas, who has also served as an assistant principal at Huntingtown High School and Patuxent High School, said becoming a superintendent was a goal of his.

“I wanted to seek a position where I could not only influence practice and policy within my school and the opportunity arose so I went for it,” Lucas said of the position, which Curry held from 2003 to 2014.