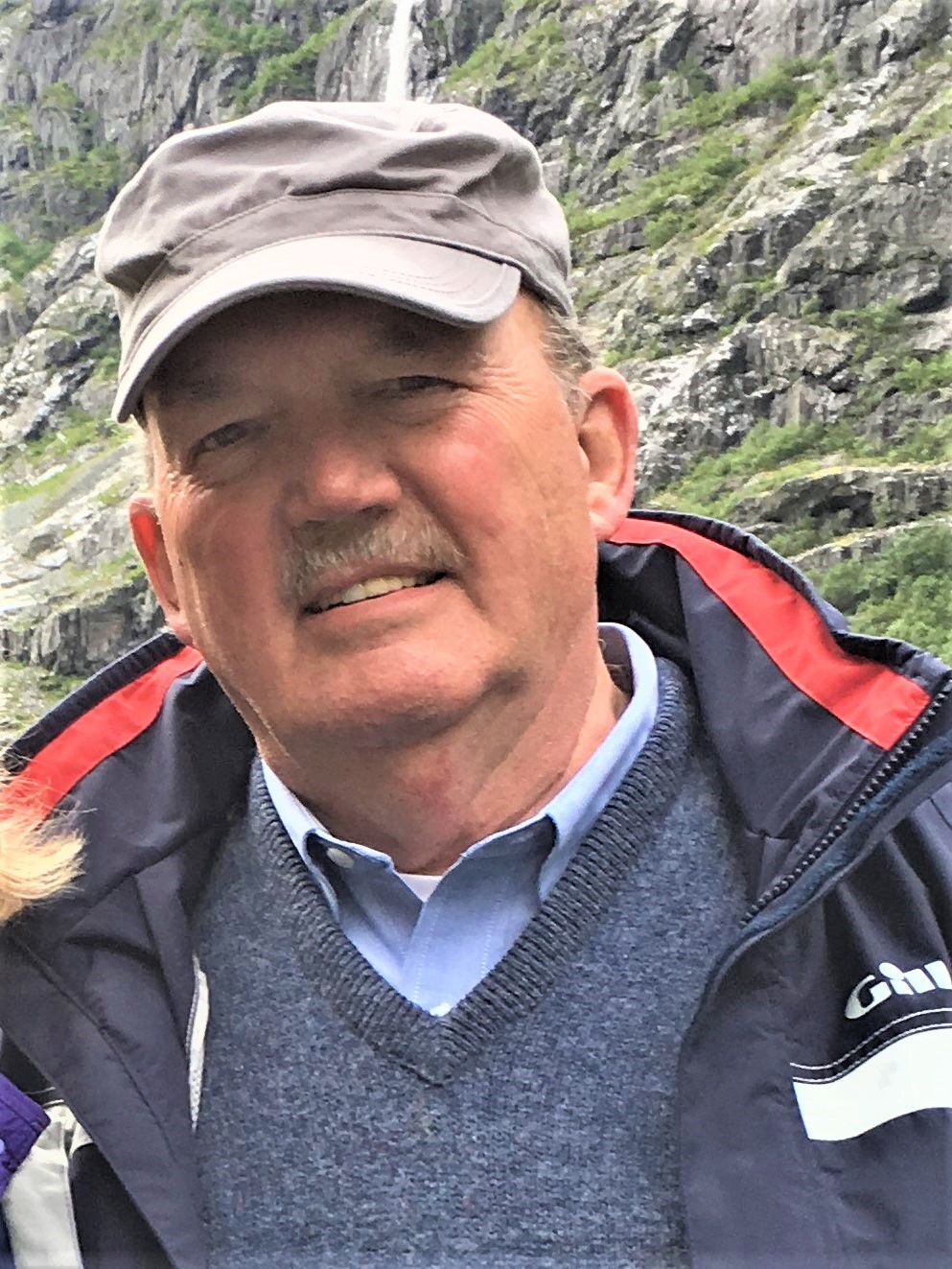 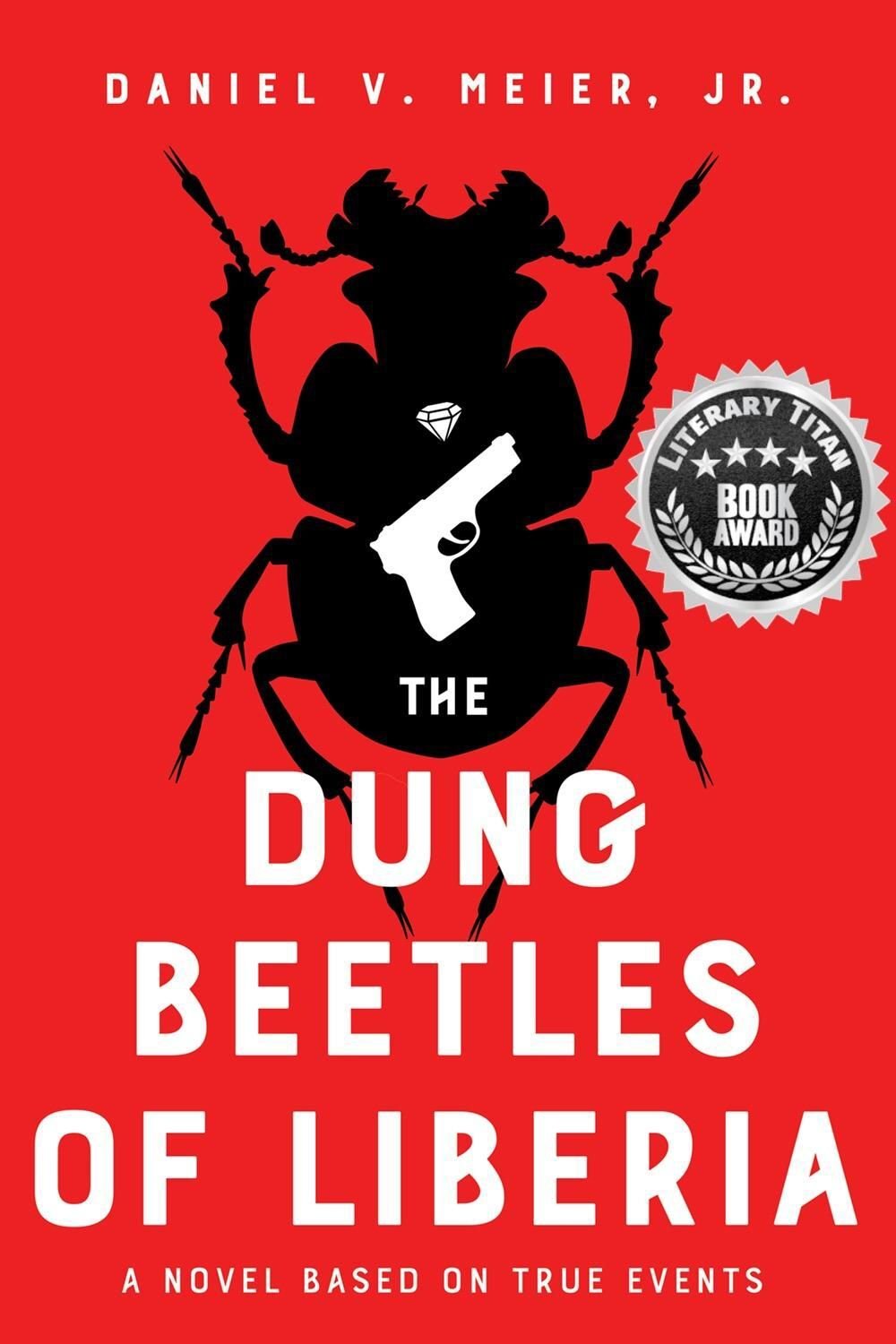 Author Daniel Meier Jr., who released his first book, “The Dung Beetles of Liberia” in 2019 through The Boutique of Quality Books Publishing, is currently working on two more novels.

Meier also enjoys sailing the Chesapeake aboard his Bayfield 36.

The book can be found on www.amazon.com.

How long have you been writing, and how did you get started?

I started writing in my twenties when I was in college. I started submitting my work to the college literary magazine and later worked briefly as a journalist for The Washington Business Journal. In 1980, Leisure Books published a mystery/thriller that I wrote under the pen name Vince Daniels.

What inspires you to write?

In general, I would say it is simple curiosity. Something will interest me and I start delving into the subject more and more, then the first thing you know I’m writing a book about it. With respect to “The Dung Beetles of Liberia,” I have a friend I worked with at the FAA who was an air transport pilot in Liberia in the 1960s. It was really like the wild west back then. He would regale me and our co-workers with one amazing story after another. After I retired, I interviewed him and recorded over 30 hours of information over several lunches. It got to be really quite expensive.

Do you consider writing to be a career?

I consider it a passion, an unrelenting passion. Now, can one make a career out of it? Many do. But I chose the steady paycheck during the day, and I wrote whenever I had the chance. And I have never stopped.

What kind of writing process do you use?

I’d like to say that I write an outline and follow it throughout the book. But I don’t. I begin with an idea — stimulated by the human condition — and it develops from there. The outline exists, but only in my head. And the characters develop on their own and reintroduce themselves repeatedly throughout the book.

My next book, “No Birds Sing Here” is satirical literary fiction. I wrote this novel because I wanted to study, and satirically explore, the world of two young people motivated toward artistic achievement in a post-modernist world; a world that followed two devastating world wars and upending social and economic change.

Who are some of your favorite authors and why? How much do you feel they influence your own writing?

Currently, I am reading a lot of non-fiction. Much of that is for research, but for enjoyment I read Noam Chomsky, Chris Hedges and Christopher Hitchens. In the realm of fiction, I enjoy Saul Bellow, Philip Roth and Bernard Malamud.

What are you working on now?

I’m working on the sequel to “The Dung Beetles of Liberia,” which I’ve titled “Blood Before Dawn” and it has a release date of Dec. 1, 2021. My “work in progress” is the third book in the series titled “In Blood and Thunder.”

Please include a brief description of your book

“The Dung Beetles of Liberia” is a fast-paced adventure based on the true account of a young American who arrived in Monrovia in the 1960’s, during the lead up to the Liberian Civil War. College dropout Ken Verrier spent seven years as an air transport pilot and diamond smuggler just when the stirrings of revolution were getting started.

“A short time after hiring Ku, I went into the kitchen. He was at his waiting station looking at me. I opened the door to our ancient kerosene-fired refrigerator.

“Wha you wan, boss? Ku get it fo you,” he said, slipping from the stool and putting himself between me and the contents of the refrigerator.

“Great, Ku. If you would prepare it, I’ll have it out on the porch. That’s where I’ll be.”

I retrieved a bottle of beer from the refrigerator, popped it open, and left to find a chair on the porch. Thirty minutes later Ku brought the stew and several slices from the baguette. I had been in Africa long enough to have learned that if something tastes good, don’t ask what it is. However, this time I thought I’d try.

“This is great, Ku. A little different, but delicious. What is it?”

Ku grinned. “Oh, boss, don’t worry. It white man food. I kno why you askin. It no bugabug. It not time for bugabug.”

“Bugabug is wha ya call termites.”