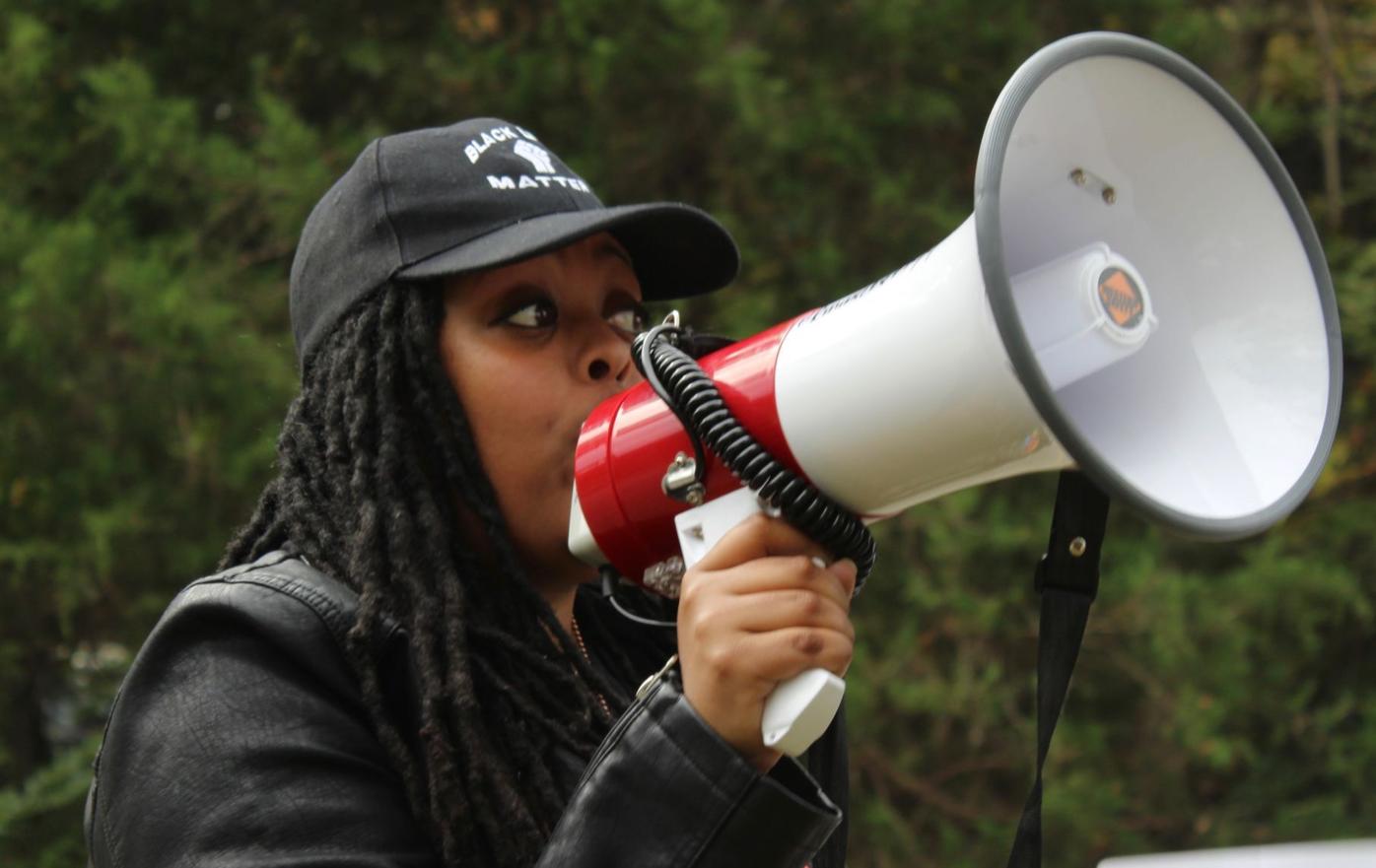 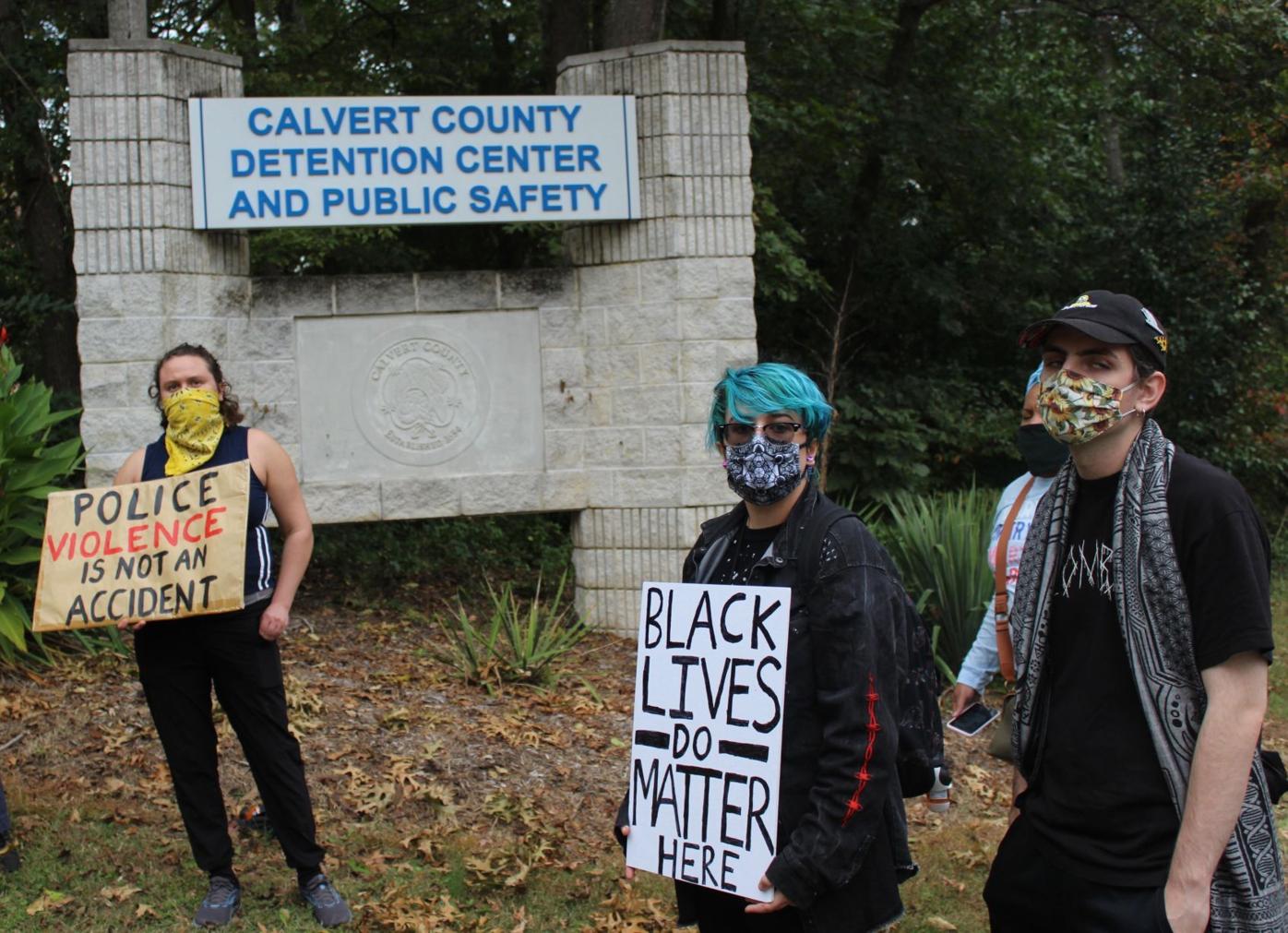 Demonstrators stand outside the Calvert County Detention Center Oct. 10 demanding answers regarding the alleged mistreatment of an African-American prisoner.

Demonstrators stand outside the Calvert County Detention Center Oct. 10 demanding answers regarding the alleged mistreatment of an African-American prisoner.

There are conflicting details about the medical treatment that was rendered to a Prince George’s County man who was recently incarcerated at the Calvert County Detention Center. Activists lobbying Calvert law enforcement officials on behalf of Darnell Anthony Jackson, 53, of District Heights, are also claiming a female nurse charged with providing care to him at the facility uttered a racial slur during the treatment.

A spokeswoman for the Calvert County Sheriff’s Office told Southern Maryland News that an investigation by detention center administrators have deemed the allegations “unfounded.”

The alleged incident involving Jackson occurred during the late-morning hours of Sept. 29.

Activist Mckayla Wilkes of Waldorf said when Jackson was brought to the detention center he “required medical attention. He was initially denied until he began to make a scene. As the nurse checked his vitals, it was discovered his blood pressure was high. The nurse denied him care. When he asked to be taken to the hospital he was denied. As the nurse told him that he would be fine and he needed to return to his cell, he expressed that he didn’t feel safe and could die in his sleep. He also expressed to her that he sleeps with a sleep apnea machine. After the disagreement, the nurse told Darnell, ‘Black lives don’t matter here. If Black lives mattered, you wouldn’t have all these warrants.’”

Wilkes, who ran an unsuccessful bid against Rep. Steny Hoyer (D-Md, 5th) in this year’s Democratic primary election, contends that Jackson’s encounter with the nurse was captured on body camera footage of the correctional deputies who escorted him to the jail’s medical treatment area.

A timeline of the incident provided to Southern Maryland News by the sheriff’s office has some conflicting details, however.

The sheriff’s office summary states Jackson was brought to the detention center by a sheriff’s deputy from circuit court.

The sheriff’s office summary confirms Jackson’s blood pressure was checked and was high and the high blood pressure was maintained during the time he was incarcerated. The doctors who were advised of the situation after Jackson was initially checked prescribed medication.

“Blood pressures aren’t as high after medication administered,” the CCSO report stated. Jackson, according to the report, “advises he shouldn’t be here he ‘should be at the hospital.’”

According to the sheriff’s office summary, Jackson didn’t know the names of his medications and the detention center’s medical staff “immediately” requested a release of information from Jackson’s pharmacy, CVS.

The following morning Jackson was seen by a doctor and the visit was recorded on video, according to the sheriff’s office. Deputies reviewed the video on Oct. 9 after the allegations against the medical staff were leveled. The review, sheriff’s office officials stated, contained “no derogatory comments observed from staff.” The summary also stated that Jackson told the physician “that he did not refuse his nebulizer treatment that morning,” but the sheriff’s office report contends he “did refuse and signed the refusal.”

During the early afternoon hours of Sept. 30, Calvert officials released Jackson to the custody of U.S. marshals. Those officers were also given Jackson’s “medical alerts and booking information.”

Wilkes stated she and others advocating on Jackson’s behalf have tried to obtain the name of the nurse and detention center staff have refused to divulge the information. The activists have demanded that the nurse be fired.

“We were denied the right to be on public property,” said Wilkes. “We are here to remind the Calvert County Detention Center that Black lives matter.”

“Why are you protecting her?” Naquita Coates of Huntingtown asked, shouting her question about the nurse through a bullhorn. “We may be small in number but we’re big in heart.”

“We are here to say ‘no more,’” declared Vontasha Simms of Waldorf. “Those who are incarcerated still have human rights.”

Southern Maryland News has reached out to both Jackson — by way of Wilkes, who explained he wasn’t able to attend the demonstration due to health concerns — and Jackson’s attorney, David B. Shapiro of Baltimore.

A message was left with Shapiro’s office but the call had not been returned at press time. It is not known if a formal complaint related to the alleged incident will be filed.

Darnell Tyler of Houston, Texas — who contacted Southern Maryland News by telephone and identified himself as Jackson’s son — said his father is currently incarcerated at Central Detention Facility in Washington, D.C., and is unable to talk by phone at this time. Tyler said while his father needs treatment, “He is doing well.”