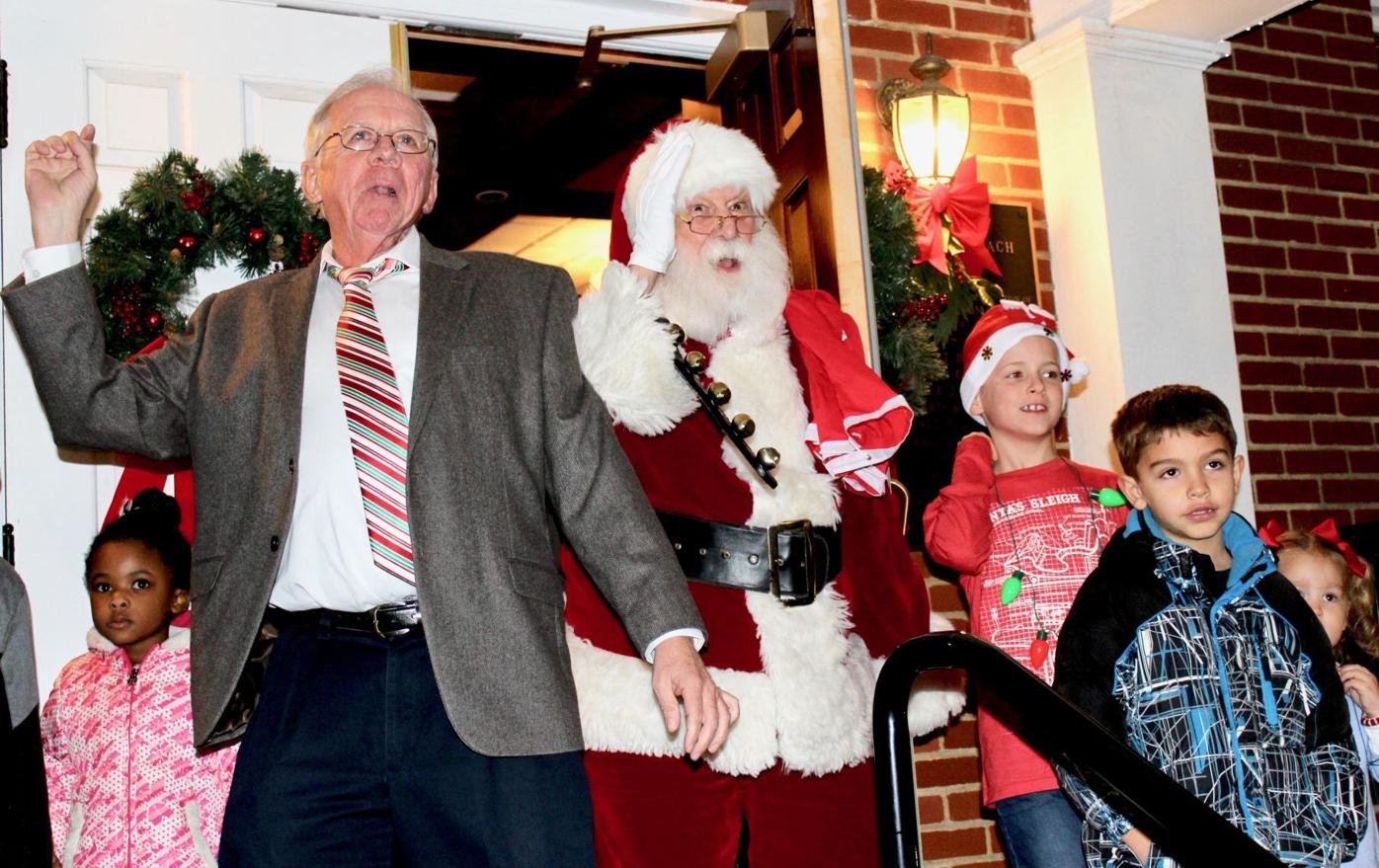 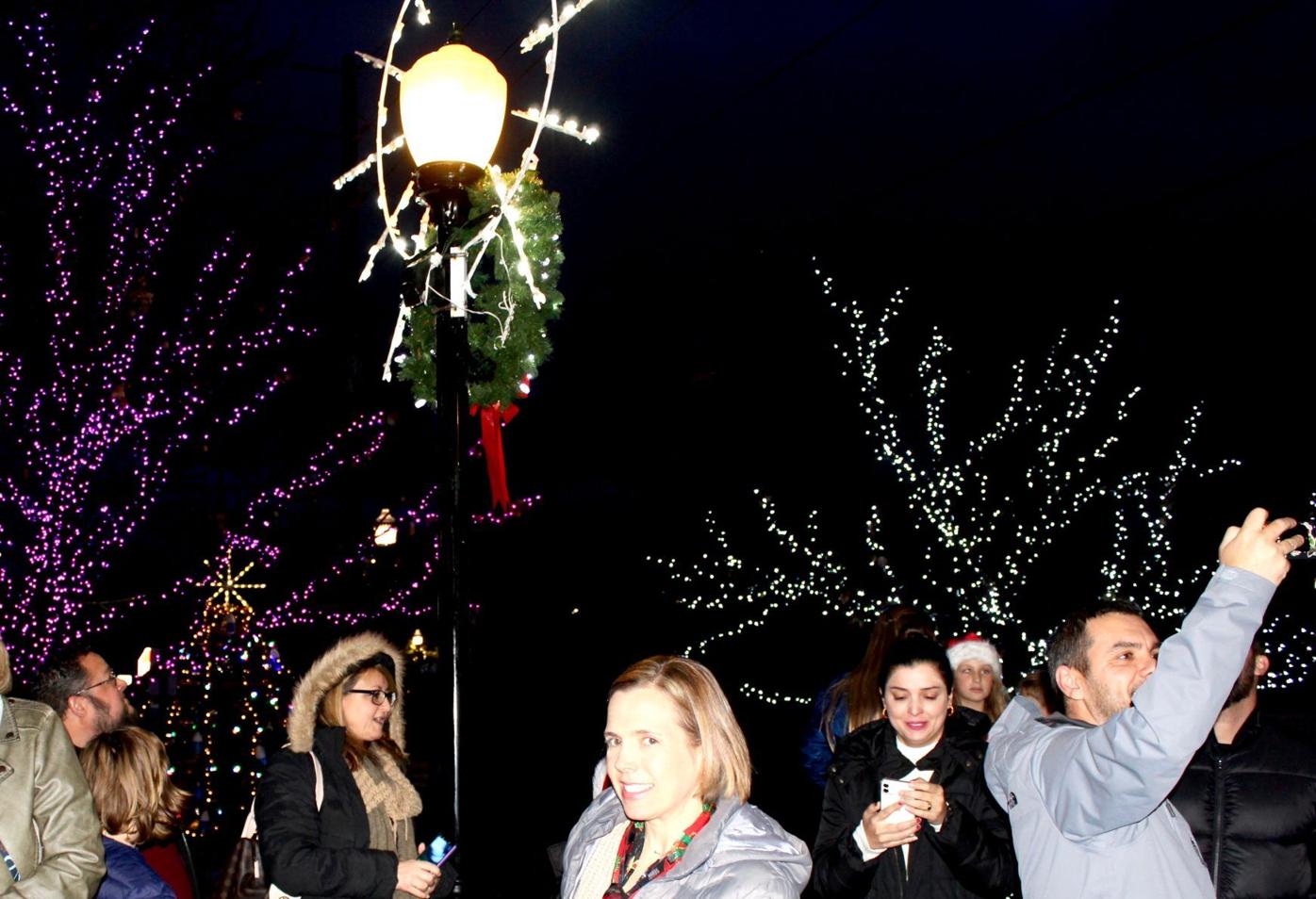 Locals attending the Chesapeake Beach Christmas light-up this year will be discouraged from congregating at town hall, unlike in previous years, including 2019, pictured above.

Locals attending the Chesapeake Beach Christmas light-up this year will be discouraged from congregating at town hall, unlike in previous years, including 2019, pictured above.

Like the Grinch that stole Christmas, COVID-19 — which has seen a resurgence in November — will be adversely impacting the Yuletide season everywhere. The traditions that will have to be shelved in 2020 include children’s up close and personal visits with Santa Claus, indoor and outdoor carol singing and music recitals, and even the distribution of Christmas cookies.

All of those celebratory components have been part of the Town of Chesapeake Beach’s annual celebration — Light Up the Town — that is held the Sunday of Thanksgiving weekend.

During a November work session, the mayor and town council discussed strategies for holding the event despite the coronavirus.

Holly Wahl, the Chesapeake Beach town administrator, reported that staff is preparing for the Nov. 29 event and “has been reviewing options to keep the public safe while still providing the event.”

The solutions include “virtual conversations” with Santa and a “drive-around” with the North Beach Volunteer Fire Department.

A “virtual lighting tour” would allow individuals to see the town’s displays.

Another plan includes changes to the annual Barbara “Jo” Finch Brightest Beacon competition. Residents and businesses participating in the Christmas light display contest would be part of a tour. Instead of having a “volunteer panel” decide the winners, residents would vote for their favorite displays.

“I’d like to see that become the standard,” said Councilman Gregory Morris of the citizen voting for the competition. “That way we can pull more citizens into our festivities. I like the thinking outside the box on this.”

Wahl announced that Chesapeake Beach resident Angel Biel has agreed to create a video of the Christmas event for the town residents.

Of the real-time Sunday night activities, Wahl said the town could designate “a couple of viewing points to try to disperse the crowds” and stop them “from congregating at town hall.”

Valerie Beaudin, the council’s vice president, said she wasn’t aware if the band program from Beach Elementary School was even “up and running,” considering what COVID-19 has done to schools. Traditionally, BES fifth-graders have performed instrumental versions of popular Christmas songs at town hall just prior to the activation of the town’s lighting network. Beaudin suggested town officials “reach out to them. If they want to participate, that would be awesome.”

During the council’s November meeting, Wahl announced BES students would sing carols as part of the virtual segment.

She also announced that NBVFD will be doing Santa Claus drive-throughs in the town’s subdivisions and neighborhoods throughout the holiday season.

Of the proposed plans, Beaudin added, “it’s the best we can do in the current situation.”

Wahl said the lighting ceremony will be live-streamed on the town’s YouTube channel.

“I think this will be memorable,” said Fink