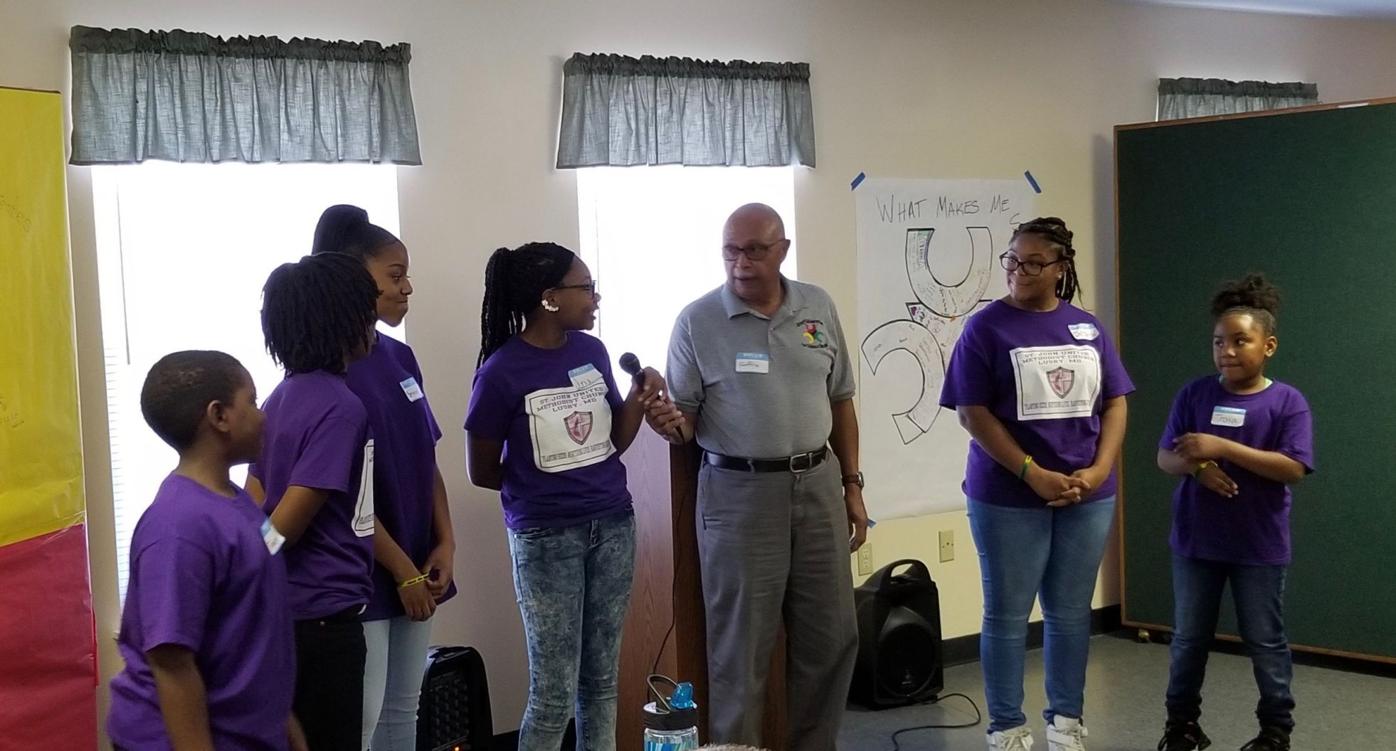 Guffrie Smith, center, stands with children at a Creative Resources workshop at East John Youth Center in October 2018. The event was one of many hosted by the Calvert Collaborative for Children and Youth over the last two decades. 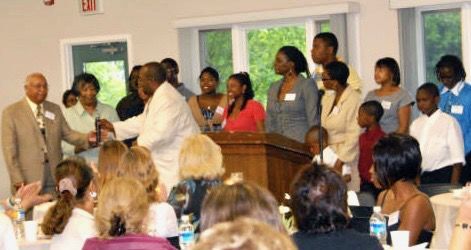 Guffrie Smith, left, presides over one of Calvert Collaborative for Children and Youth’s many “Champions for Children” awards ceremonies in this undated photo.

Guffrie Smith, center, stands with children at a Creative Resources workshop at East John Youth Center in October 2018. The event was one of many hosted by the Calvert Collaborative for Children and Youth over the last two decades.

Guffrie Smith, left, presides over one of Calvert Collaborative for Children and Youth’s many “Champions for Children” awards ceremonies in this undated photo.

As the 20th century was drawing to a close, Calvert County was in the midst of a growth spurt.

“It was a time of big change,” Guffrie Smith recalled in a recent interview.

In 1997, a study group comprised of community leaders and led by members of the local chapter of the League of Women Voters determined the county’s sizable youth population could be in peril.

In an article written by then-Calvert County resident Candace Sullivan for a publication called “The Maryland Voter,” it was stated that LWV members “observed that while, by many standards, Calvert children were doing well, there appeared to be trends that portended trouble. The league report found that too many Calvert County young people were exhibiting disturbing trends towards anti-social and self-destructive behavior that, if left unchecked, would have serious negative repercussions for our economy and well-being. It also noted that some particularly vulnerable children and families were experiencing child neglect and abuse, poverty, ill health, disabling conditions and other conditions that required extra support.”

To help address these looming conditions, the Calvert Crusade for Children was started. That organization was later renamed the Calvert Collaborative for Children and Youth, otherwise known as 3CY. The aim was “to make Calvert County a better place to live for children.”

Sullivan, who later moved to Washington state, was the first president of the crusade.

In early October, Smith, who is 3CY’s current president, announced the organization would be closing its doors.

Smith, who knows quite a bit about children — he was the oldest of 17 children and was a public school educator for over 30 years — provided Southern Maryland News with a substantial list of reasons for the organization’s closure. The ongoing coronavirus crisis was at the very top of that list.

“Ours is a hands-on approach,” said Smith, conceding that meetings with youth are impossible under the circumstances.

Other reasons include lack of funds, lack of volunteers and “lack of energy from board members to do the work of 3CY.”

The ability to train volunteers to utilize the “40 development assets,” an initiative Smith calls 3CY’s “linchpin,” has waned since many of the previous trainers are no longer involved in the program.

Developed early in the new century by the Search Institute, the development assets are divided in two columns — external (support, empowerment, boundaries and expectations, and constructive use of time) and internal (commitment to learning, positive values, social competence and positive identity).

There were many people who participated in asset development training.

“I got involved with the organization in 2003,” said Antoine White of Prince Frederick, who was one of three local leaders sent — with support from the Calvert County Family Network — to San Jose, Calif., for Search Institute’s training program. “They sent me out to California to be an asset development trainer,” White said. “I gave training to everyone who would listen.”

White, who according to unofficial election results this month will be one of Calvert’s newest school board members, told Southern Maryland News he conducted approximately 114 hours of training to service organizations and other groups, including the staff of the local public library.

“I still run into people who tell me they still use some of those skills,” White said.

While it might appear with its demise the organization has failed in its mission, there is plenty of tangible evidence that suggests otherwise.

Listing 3CY’s 20-plus years of accomplishments noted that the organization was part of a citizens coalition that lobbied the county for an aquatic/recreational community complex.

“We were the ones who got the indoor pool,” said Smith.

Other triumphs included work to create the Boys and Girls Clubs in North Beach and Lusby’s Chesapeake Ranch Estates, participation in General Colin L. Powell’s “America’s Promise Alliance,” participation in National Night Out, involvement in the Success by 6 early learning initiative and hosting over 20 “Champions for Children” events, which recognized individuals of all ages in bettering the lives of the county’s youth.

Lately, 3CY has played a key role in working with county officials to establish a community center in Prince Frederick. The Harriet Elizabeth Brown Recreation and Community Center is currently located on Dares Beach Road in Prince Frederick in a building the Calvert County commissioners purchased from Southern Maryland Electric Cooperative. A new facility is in the county’s capital projects pipeline, with construction to take place on land the county has purchased.

Smith said at one time 3CY’s board numbered around 20 people. It’s considerably smaller now. The organization has had what Smith described as “minimal success” in recent years meeting grant funding requirements.

As it closes, 3CY, according to Smith, has “minimal funds. There are really no assets to disperse.”

So, what will fill the void?

“I hope and pray there’s an organization or two, because I know how it helped me,” said White. “I hope someone talks to Guffrie. It [3CY] was a powerful force in the county.”

Smith said in addition to “finishing some projects around the house,” he will continue his work with Maryland Humanities and any local organizations that are focused on “combatting racism. I’m not giving those kinds of things up.”

Smith added that he hopes the various awards and recognitions 3CY received over the years, including a few from America’s Promise Alliance for being selected one of the “100 Best Communities for Young People,” can be displayed in a public venue like the new community center or at a local library branch.