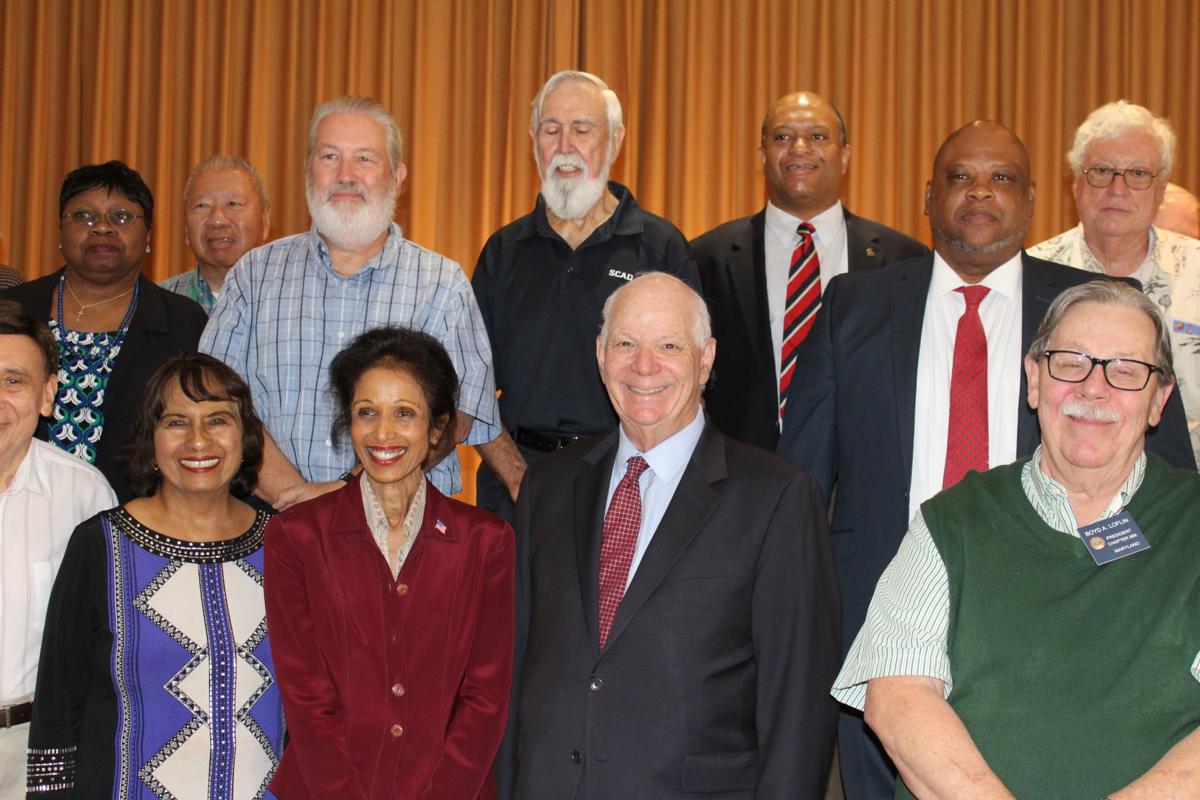 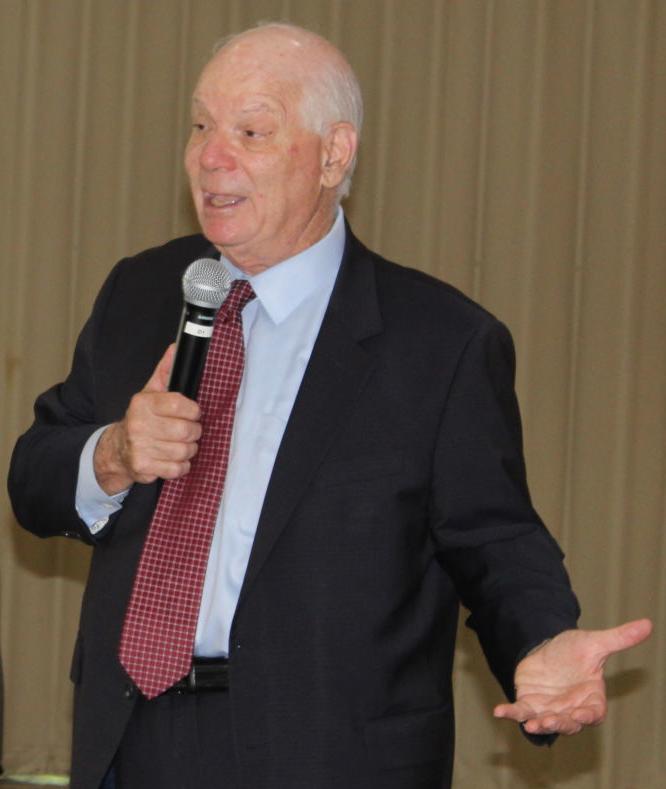 If you want to draw applause from a roomful of retired government employees, tell them what Sen. Ben Cardin (D-Md.) told them Tuesday.

“We have the best workforce in the world,” Cardin declared at the start of a one-hour meeting at Calvert Pines Senior Center in Prince Frederick.

The brief session was sponsored by state and local leaders of the National Active and Retired Federal Employees Association for the purpose of discussing the organization’s federal legislative priorities.

Cardin laid the blame for the recent obstacles, including a 35-day federal government shutdown, on the agenda and rhetoric of the Trump administration.

“The attack on the federal government workforce is unprecedented,” Cardin said.

The state’s senior senator affirmed that he attempts to work with lawmakers from both parties to enact measures that result in a fair shake for current and retired government employees, but President Donald Trump has often exceeded his authority with executive orders.

“I try to be nonpartisan in these meetings,” said Cardin, adding that the president “is trying to also act as Congress. We are supposed to pass the laws and the president is to carry them out.”

Cardin mentioned an example of the president’s attempt to overreach as his push to eliminate collective bargaining by federal workers via an executive order. The senator noted the court system struck the president’s order down.

In response to a question from NARFE Maryland Federation first vice president Sudha Haley, Cardin expressed disappointment in the Trump administration’s strategy for cutting the budgets of several State Department components, which include the internal affairs budget, United Nations activities and 30% slash in humanitarian assistance to foreign countries.

He called the State Department “the showcase department.

“Our State Department avoids war. They do it at great sacrifice. Here’s the good news — Democrats and Republicans understand that. We will pass robust budgets for the State Department.”

When a question about international trade came up, Cardin actually had a kind word for the president, stating that Trump was correct in identifying China as an obstacle in the global financial arena.

“China has tried to directly interfere with our economy,” Cardin said. “We can’t allow them to win.”

The senator lamented Trump’s acrimonious tone toward Europe and Canada in the finance markets, and said Trump should mobilize with U.S. trade partners “instead of trying to fight them. Cardin concurred with NARFE members that the cost of living adjustment for retired government workers’ Social Security should be higher.

Cardin warned the Trump administration’s next tax cut is likely to be at the expense of retirees.

Cardin stated the federal government’s health plan is “good, but it could be better.” He said his top priority “is going after prescription drug costs. It’s scandalous how the cost of pharmaceuticals has gone up.”

“One of the things that’s incumbent on us is to tell our stories,” said NARFE member and state legislative committeeman Bruce Fowler Tuesday, who cited the significant contributions federal air traffic controllers make toward commercial flight safety.