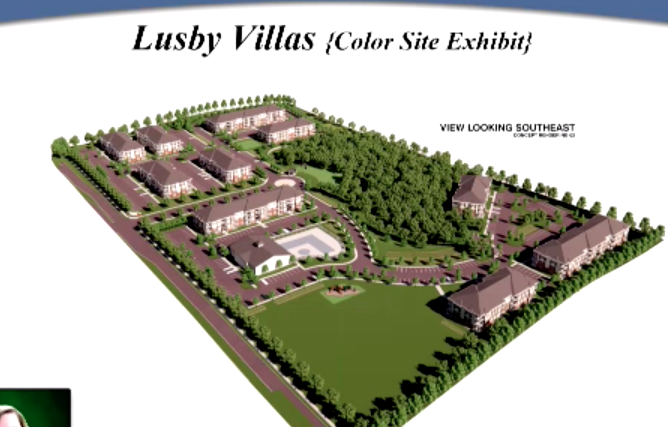 A rendering of proposed Lusby Villas shows how the 276 apartments would be oriented. 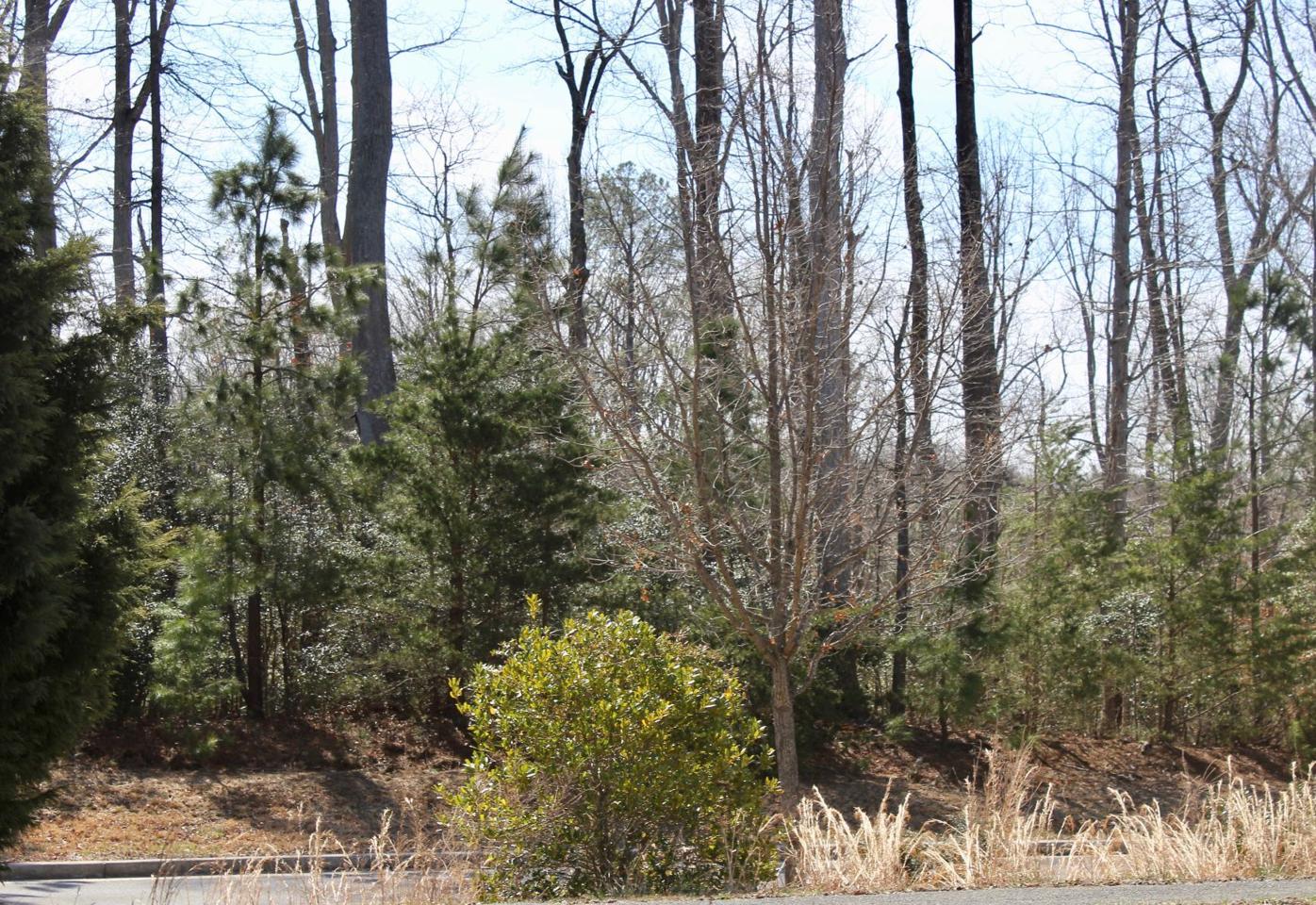 A heavily wooded area fronted by the Lusby Parkway is to be cleared to make room for construction of Lusby Villas.

A rendering of proposed Lusby Villas shows how the 276 apartments would be oriented.

A heavily wooded area fronted by the Lusby Parkway is to be cleared to make room for construction of Lusby Villas.

A plan to construct a 276-unit apartment complex within the Lusby Town Center is not going over well with some local residents.

Recently, Donna Drew of Lusby started a petition on Change.org requesting an “impact assessment from an unbiased source of the roads and schools to be made accessible to the public before the project is completed.”

The project, called Lusby Villas, is to be located in an area across from a shopping center, fronted by the Lusby Parkway and west of the Chesapeake Ranch Estates subdivision.

Plans for Lusby Villas were presented at the Calvert County Planning Commission’s March meeting. The 26-acre tract where the multi-family development will be built is owned by John Gott Jr. of Lusby Town Center LLC. The project developer is Quality Built Homes.

According to Drew’s petition, the recipients of the signatures will be Christine Finamore, principal planner, who presented the project during the planning commission meeting, and Commissioner Mike Hart (R), a Lusby resident who represents the third election district.

“This project is undesirable for a multitude of reasons,” Drew stated in the petition. “The project would border Chesapeake Ranch Estates, the largest community in Calvert County and less than three miles away from Drum Point, another large community also located off Rousby Hall Road. The south county schools are already crowded and Rousby Hall Road already congested.”

Drew told Southern Maryland News Tuesday during a telephone interview that the purpose of drafting the petition was to inform “the community at-large” about the project and to let county government know “we do care.”

Drew, who lives in Chesapeake Ranch Estates, expressed concerns that runoff from the project area during the construction phase could breech Lake Lariat.

Southern Maryland News has reached out to the community’s officials, but they have not responded to the inquiries.

“I’m not an apartments guy,” said Hart, who explained he believes “Calvert is a bedroom community.”

Hart said the residents who have contacted him about the plan have made mostly negative comments about what is proposed.

The commissioner added, however, that the decisions to allow the Lusby Villas project to move forward were made several decades ago.

In a timeline provided by Linda Vassallo, Calvert’s deputy county administrator, such an apartment project could have been built at the proposed location nearly 40 years ago.

“With a special exception from the board of appeals, apartments could have existed on the property as far back as 1984,” she stated.

From 1967 — when Calvert began using zoning ordinances to determine land uses — until 1984, multi-family attached dwelling units were only permitted in the R-2 zoning district. It was noted in the timeline that the property where Lusby Villas is proposed to be located “was not zoned R-2 and therefore apartments would not have been permitted.”

Fast-forward to January 2002, the Lusby Town Center Master Plan and Zoning Ordinance were both adopted. The zoning districts included “village residential-office,” which permitted multi-family attached dwelling units and is where the proposed Lusby Villas complex would be located.

Mary Beth Cook, planning and zoning director, pointed out that the project developer has contracted an engineer to conduct the required traffic study. Recommendations for mitigating any concerns about traffic impact will have to be addressed by the developer to move the project forward.

Regarding school impact, Cook said the county’s adequate public facilities ordinance as it relates to schools is reviewed annually. Cook told Southern Maryland News there are currently no school capacity concerns in the Lusby area.

“They are proposing a nice-looking development,” Cook said of the Lusby Villas project.

In addition to several apartment buildings, the proposed complex will include a community building, fields, sidewalks and a swimming pool.

Vassallo pointed out that several hurdles exist before the plan moves forward.

“There are many more steps in the review process,” she stated. “The approval of the development is dependent on review and approval by the planning commission for the concept site plan, the preliminary subdivision plan and final subdivision record plats.”

As of Tuesday, Drew’s petition had over 630 signatures. To read the petition and posted comments, go to www.change.org/p/calvert-county-planning-commission-impact-study-for-the-proposed-lusby-villas.