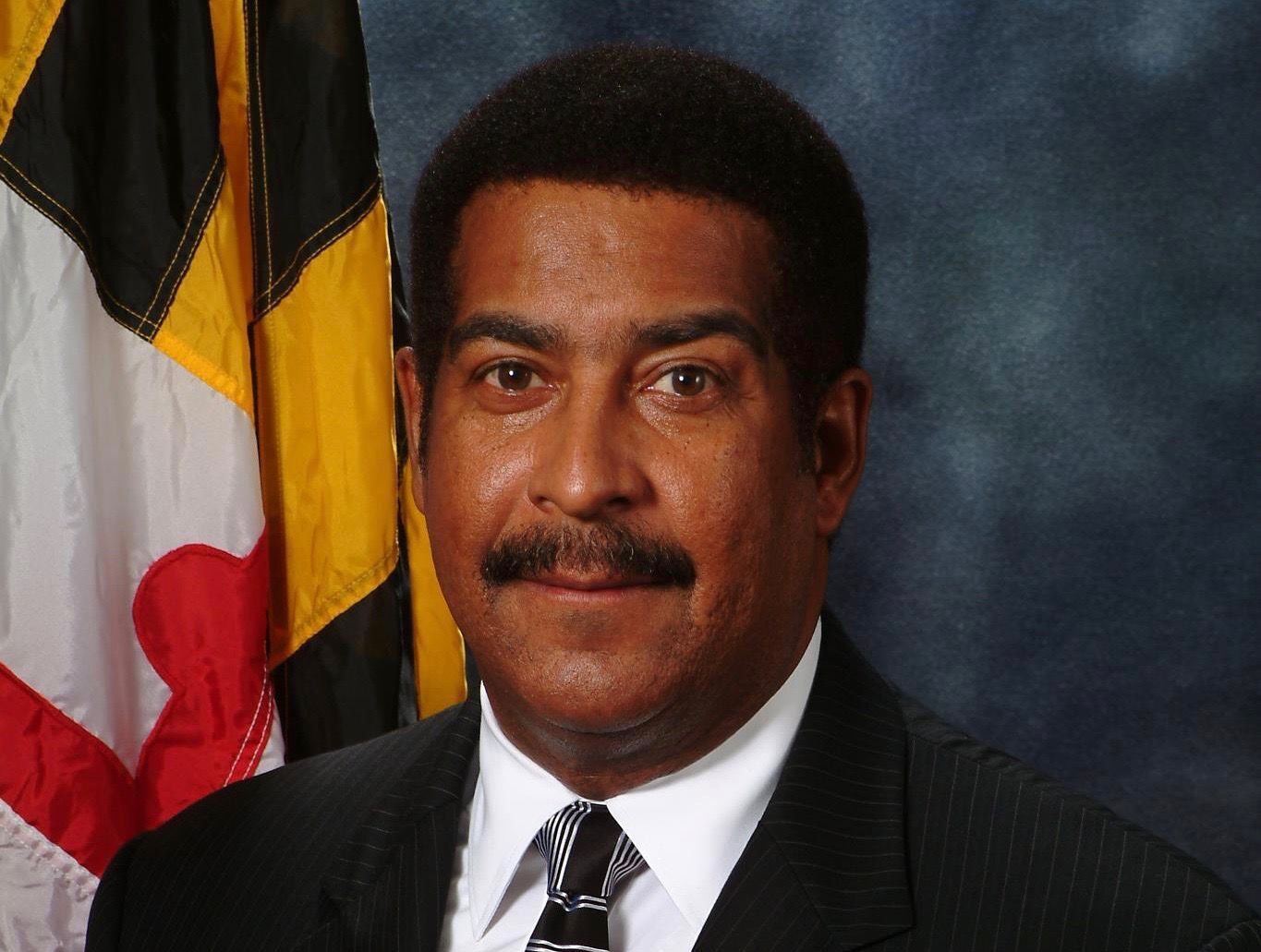 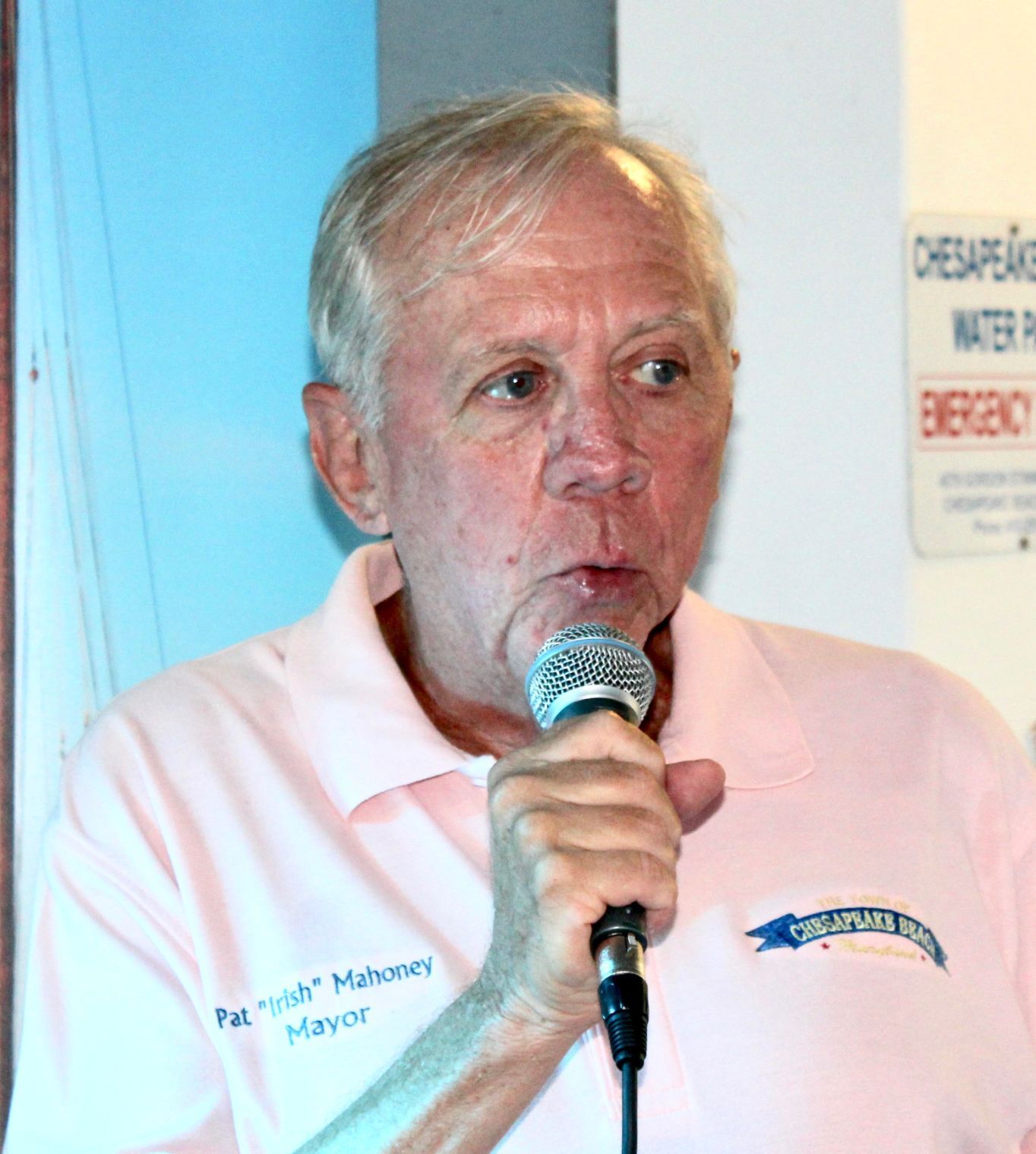 Two of the three candidates vying for the office of mayor in Chesapeake Beach were ready for questions and prepared with answers Tuesday night as the Calvert County League of Women Voters hosted a candidates forum. The nearly 2-hour virtual event also included participation from the eight individuals — including the six incumbents — for town council seats.

Incumbent Mayor Patrick “Irish” Mahoney and former councilman Stewart B. Cumbo often had an acrimonious relationship during their 16 years of joint service on the town council. Their sharp philosophical differences on some key issues were evident during the question-and-answer period earlier this week.

In addition to the election of a nonpartisan mayor and six council members, also nonpartisan, Chesapeake Beach voters have two ballot questions to consider. The questions will gauge how residents feel about bringing casino-style gambling to the bayside town, something the state could do without the municipality’s permission. The other question would allow voters to weigh in on allowing sports betting at venues within the town limits.

Mahoney left no doubt that he opposes expanded gambling in Chesapeake Beach. “Enough is enough,” said the incumbent, who implored voters to “send a resounding message to our state legislators.” Mahoney added that sports betting is likely to garner support from residents but would prefer to see it confined to Maryland’s existing casinos and racetracks.

Cumbo opined that the pull-tab devices have not been a bane to the town but added he was not taking a stand on the referendum question. On the issue of allowing local vendors to facilitate sports betting, Cumbo declared, “We get the added tax revenues.” He added it would help tourism, too. “Chesapeake Beach has always had the welcome mat out,” Cumbo said.

Regarding fiduciary matters, Cumbo said he would work to continue lowering the town’s debt. “I think we’ve overdone the rainy day fund,” he stated, adding that he would use the reserves to pay the debt down further.

“We’ve decreased the tax rate four years in a row,” said Mahoney, adding that during the past four years the town council has worked to pay off a $6 million debt. He called “packing money in reserves” a “good plan.”

The candidates were asked about the town’s recent crackdown on short-term rentals, including those listed on the Airbnb rental site. Mahoney said the short-term leasing practices “have been illegal for over 60 years” in the town and said they “disturb the quiet quality of life” for town residents. The mayor added that short-term rentals also bring no direct economic benefit to the town and many of the out-of-towners put a strain on local law enforcement.

Cumbo disagreed, stating the town has been “historically a resort.” He also disputed Mahoney’s claim on a Washington, D.C., television station report on the issue about spontaneous parties frequented by residents of states with high cases of COVID-19. “There haven’t been any pop-up parties,” said Cumbo, who added he would meet with the renters and local realtors to amend the legislation.

In his closing remarks Cumbo pledged to suspend the ban on short-term rentals if elected mayor.

The race’s third candidate, Joshua Johnson, did not participate in the forum.

In listing priorities, Pardieck cited the drafting of a town budget that would sustain the adverse impacts of COVID-19, continuing to address the ongoing opioid crisis and improving recreational opportunities. Beaudin also stressed COVID-19 recovery and continuing to pay off the town’s debt as some of her priorities.

When speaking about his role as a member of the town council, Jaworski said, “in order to solve a problem you have to listen but you also have to come to a decision.”

“Responsibilities are very broad,” said Favret, adding the council must “be good stewards of the taxpayers’ money.”

In making his case for electing him to a full four-year term, Fink noted that since he moved to Chesapeake Beach a decade ago he has “become invested in this town” with service on committees and with other organizations.

“The mayor and town council has rock and rolled these last four years,” Morris declared.

“I just want to be a part of it,” said Evans. “I am honored to see my kids grow up here in Chesapeake Beach.”

In stating his desire to serve on the council, Curzi didn’t knock the six incumbents, but declared “it’s a bad idea to re-elect everybody.”

The Chesapeake Beach election will be Tuesday, Nov. 3, at town hall. While there will be no early voting, registered town voters are urged to request a mail-in ballot for the town election.