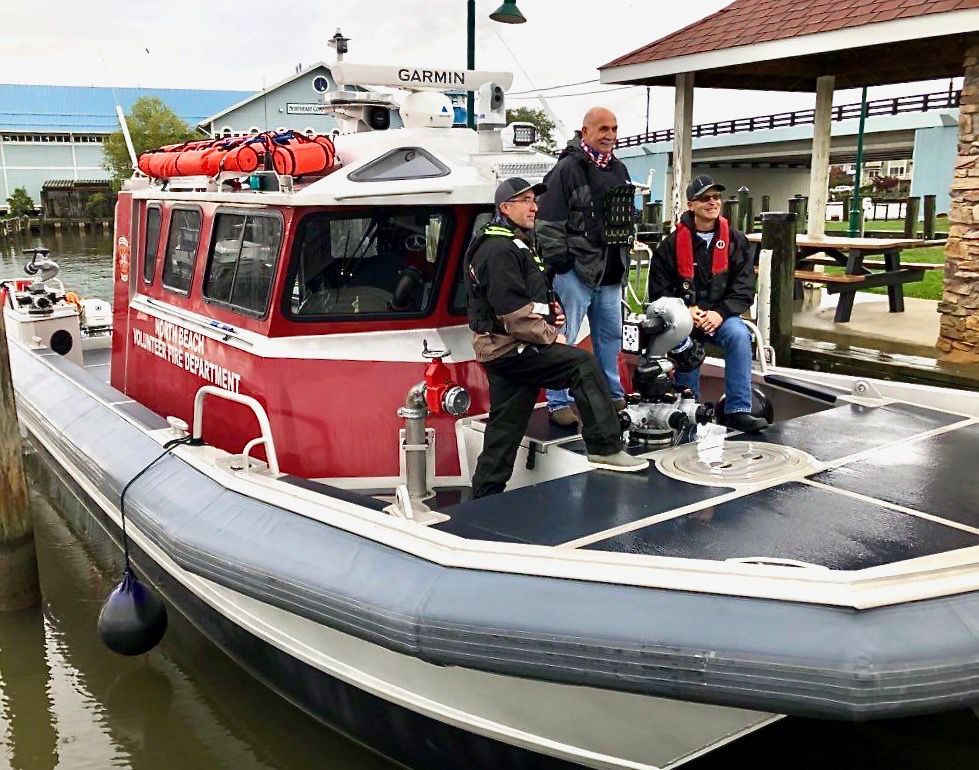 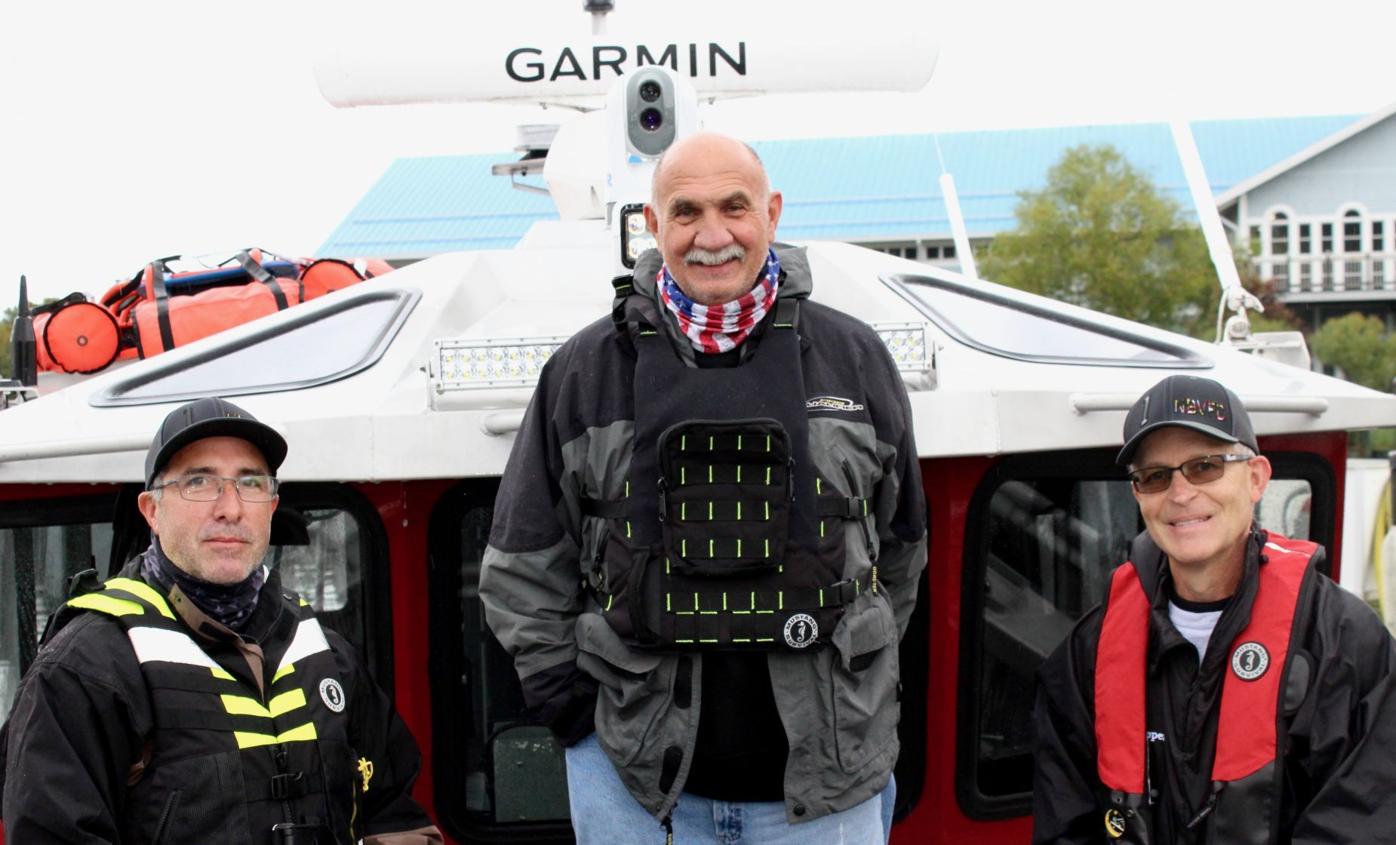 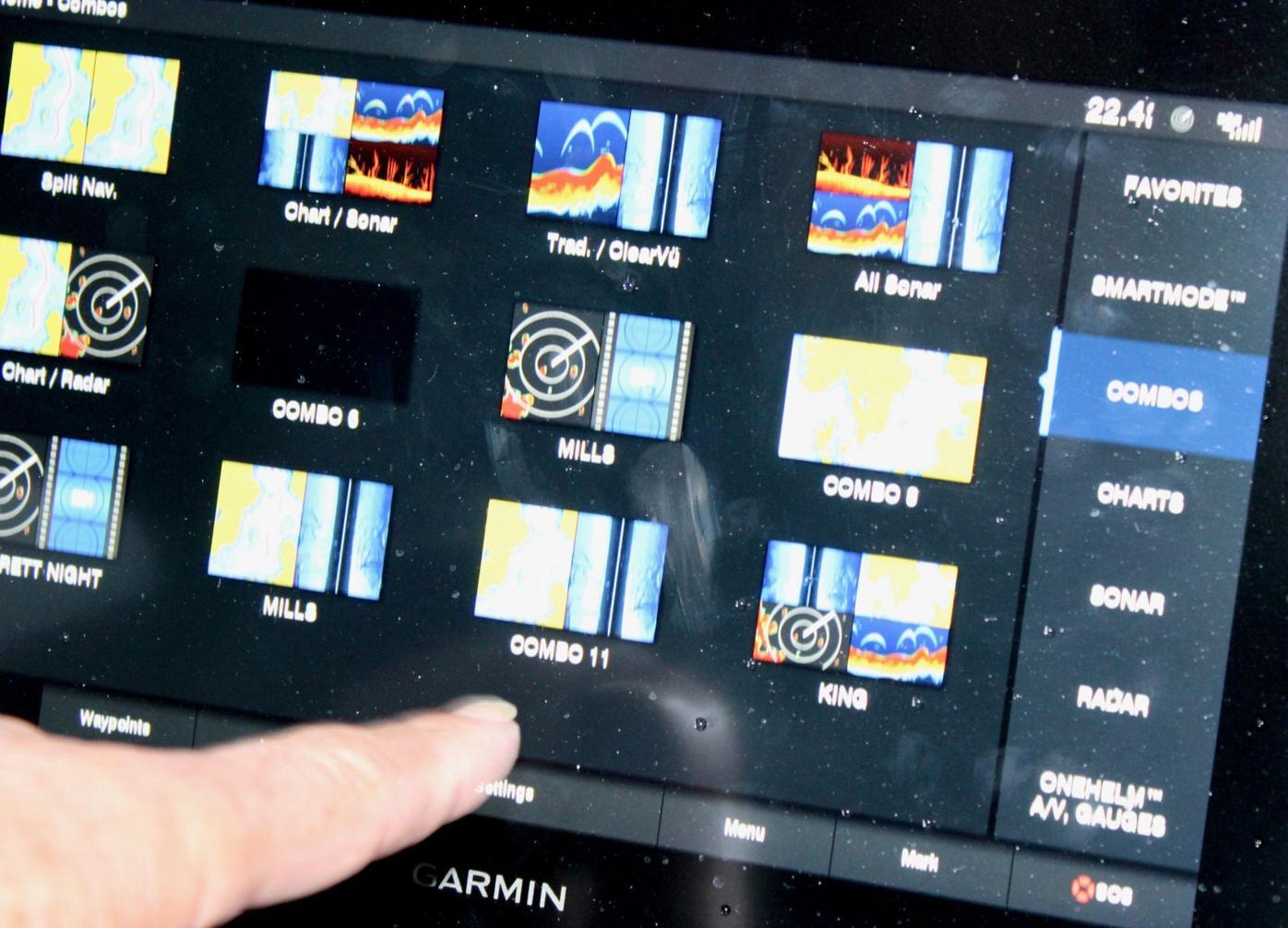 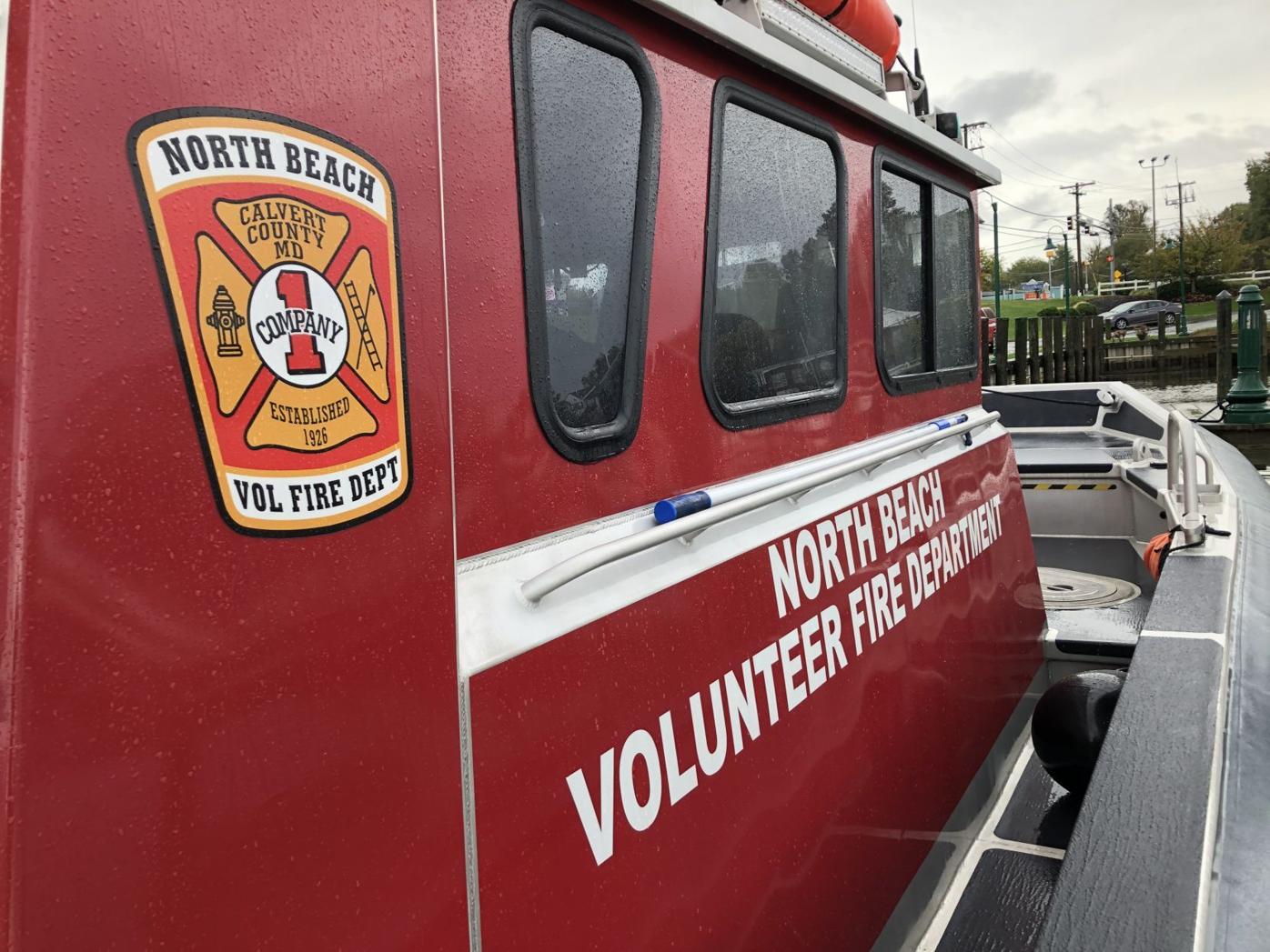 The North Beach VFD fire board is 46 feet long with a 16-foot beam. Its cabin is climate-controlled. 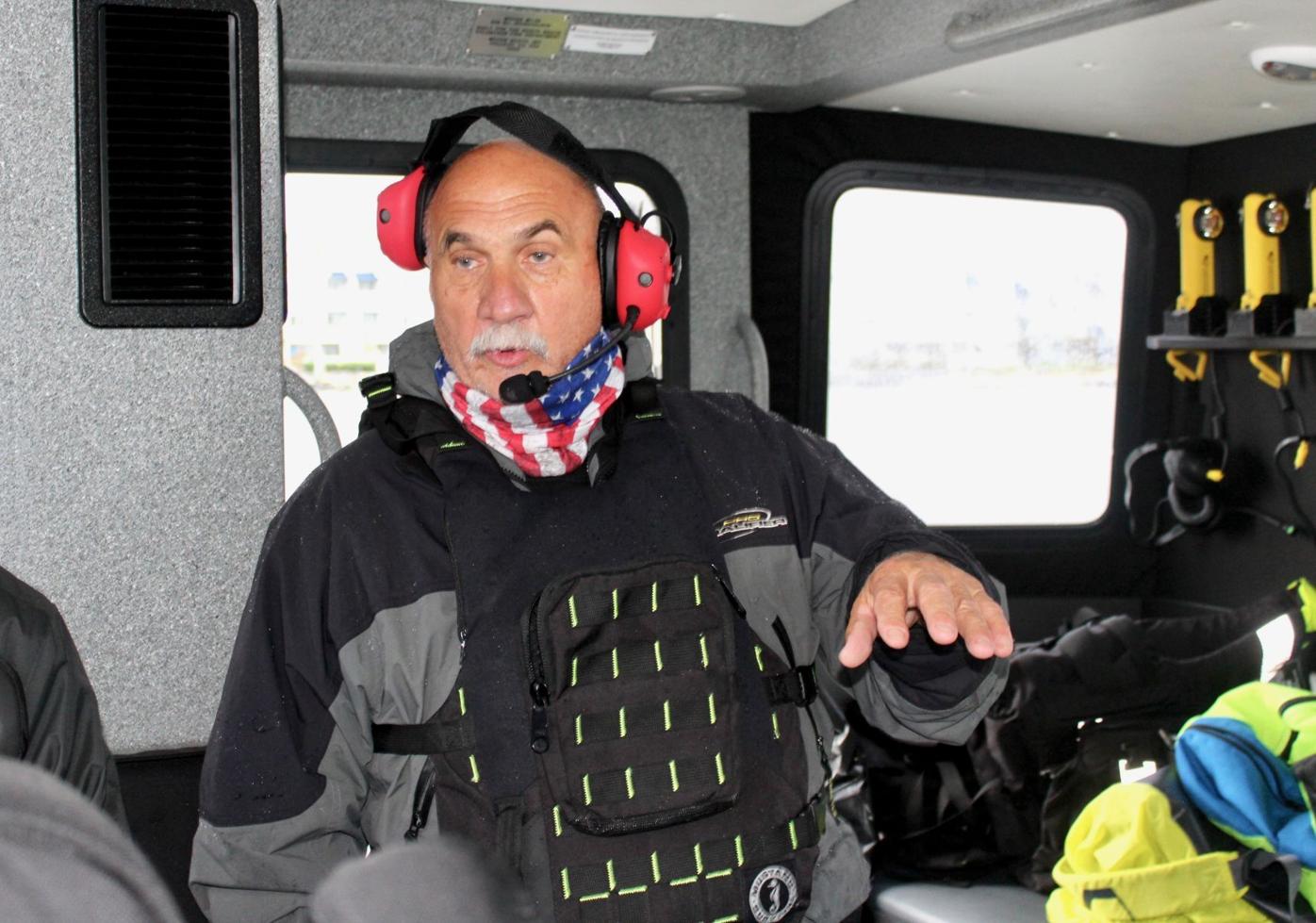 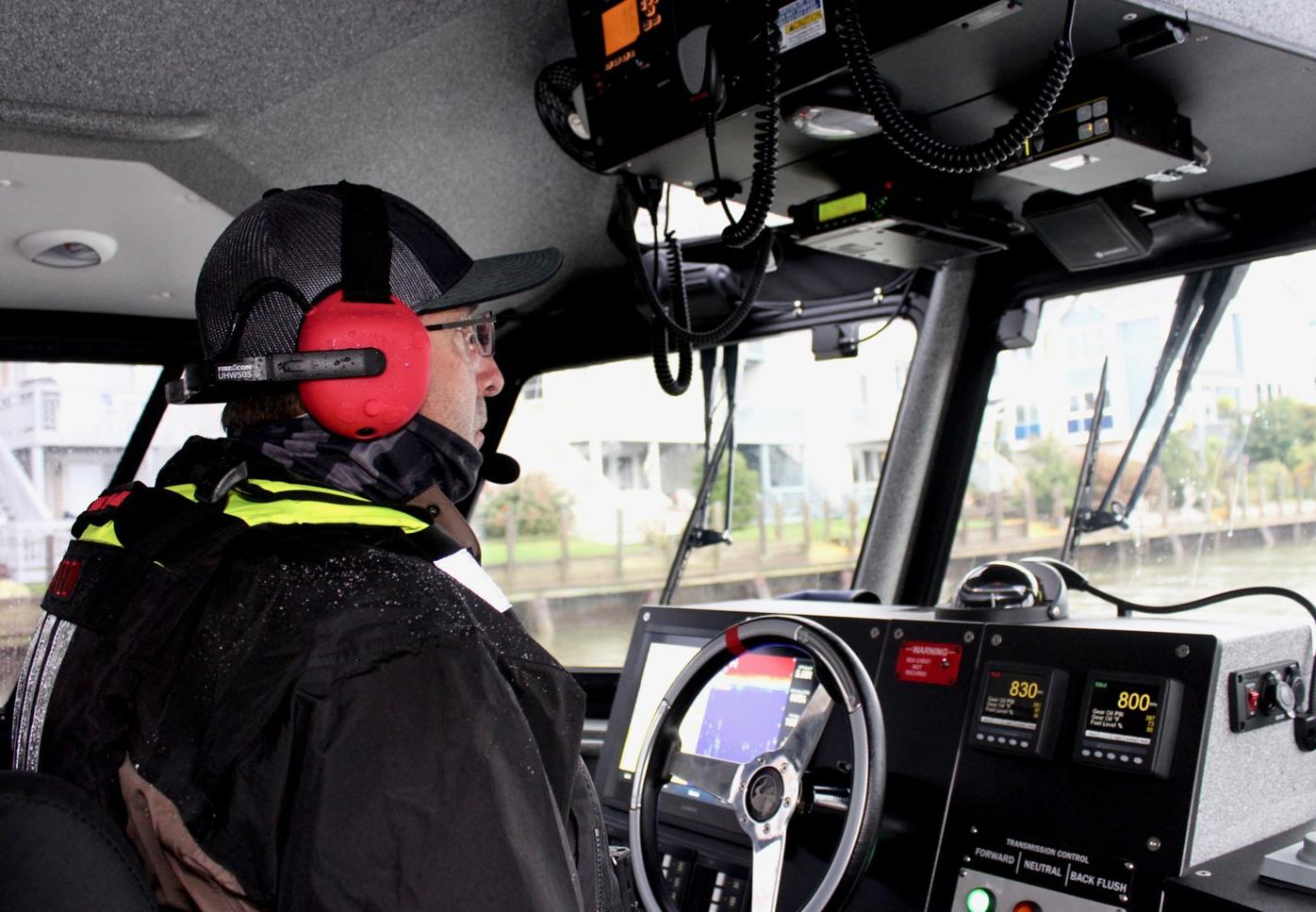 North Beach Volunteer Fire Department’s Paul O’Conner is at the helm of the new fire boat, which he steers through Fishing Creek. 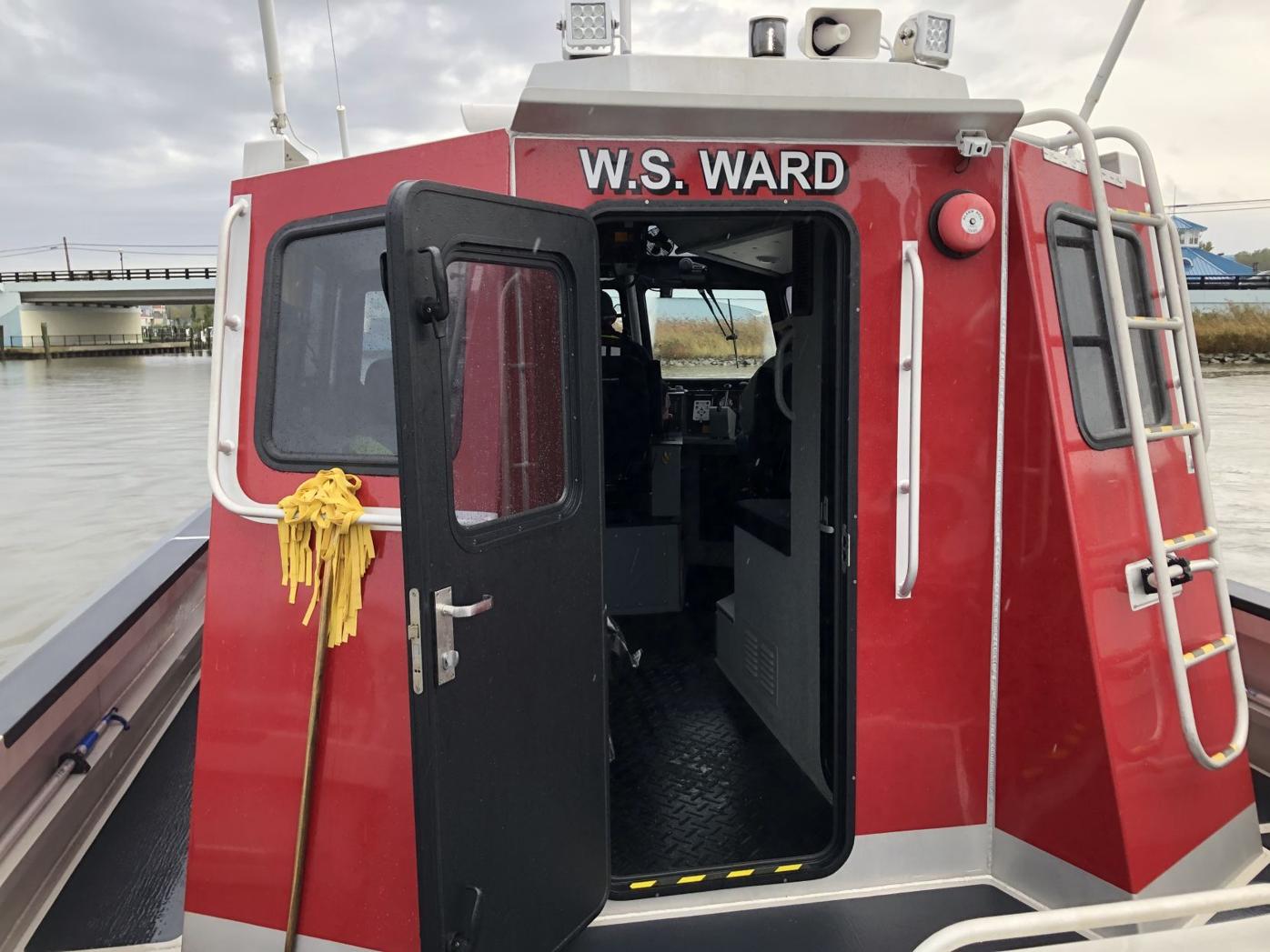 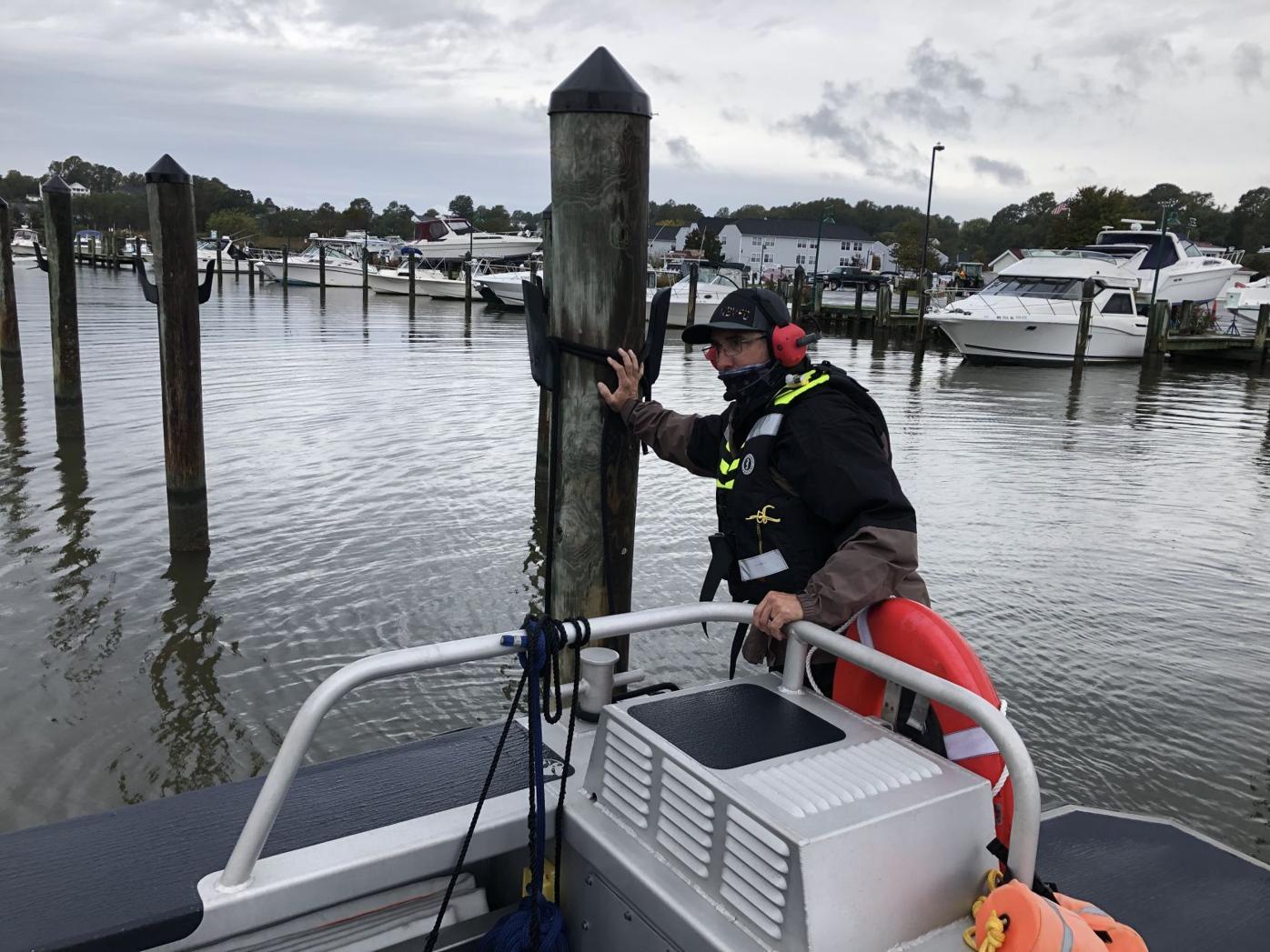 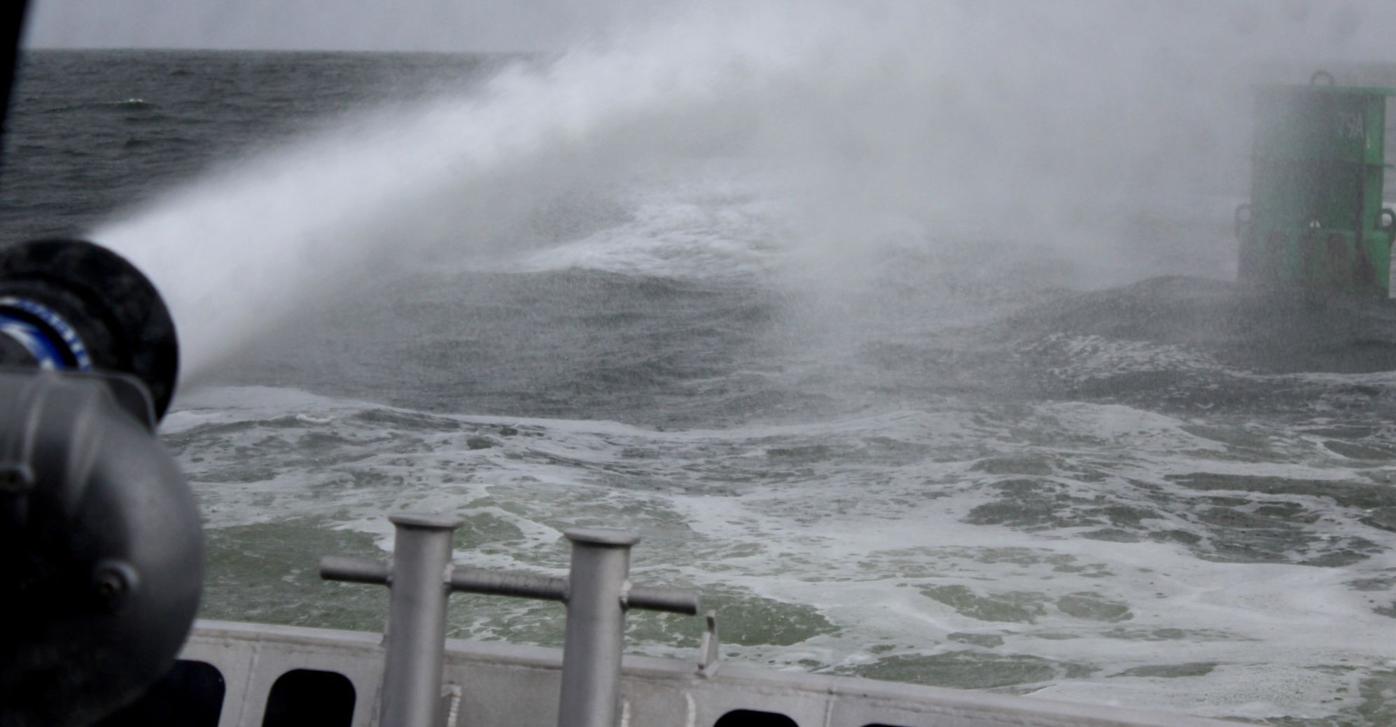 The North Beach VFD fire board is 46 feet long with a 16-foot beam. Its cabin is climate-controlled.

North Beach Volunteer Fire Department’s Paul O’Conner is at the helm of the new fire boat, which he steers through Fishing Creek.

It was early July 2014 when members of the North Beach Volunteer Fire Department witnessed the demise of their fire boat. The company, which services communities on the Chesapeake Bay’s western shore in Calvert and southern Anne Arundel counties, didn’t allow their spirits to sink to the bottom. Instead, they embarked on a lengthy, pricey process to restore a major life-saving component to their arsenal.

The nationally known boat builder plies its special craft at the Mare Island Naval Shipyard. The historic facility is where the U.S. Navy established its first base on the Pacific Ocean.

Before the contract could be inked, the local volunteers had to get funding in place, a process Thrasher said took five years to complete. The money came from Calvert County government, the Maryland Department of Natural Resources plus an additional state grant, fundraising and cash the company had in its boat fund. Thrasher told Southern Maryland News the design process took 18 months and required two trips to California for change orders.

The technology available to volunteers manning the new boat is truly state-of-the-art. When asked to compare the new vessel with the previous one, Thrasher stated, “this is the highest-priced sports car. The other boat was a Volkswagen.”

“It’s a huge improvement over the previous boat,” said North Beach VFD public information officer John Tippett, who added the new boat, which is 46 feet long with a 16-foot beam, costs over $1.24 million. It was officially placed in service May 1.

Thrasher, who has volunteered with North Beach VFD for over 50 years, stated the 2014 accident “spurred the investigation for a new vote.” He noted standards changed after the loss of the previous boat. Calvert County’s Fire/Rescue/EMS Chief’s Council had a committee study the accident and apply lessons learned. Thrasher noted the county commissioners brought in an outside consultant to do a similar study. Both panels came to the same conclusion on revised standards for fire boats.

Crew members can respond to a variety of incidents.

Thrasher explained that the new ship’s capabilities include handling water rescues, recovery operations and fighting fires. The vessel is stocked with rudimentary emergency supplies but if an emergency medical call on the water must be made, then medics board the boat along with the crew. Thrasher said the crew is comprised of operators and deck hands. The medics, he said, “are not crew members. They do not get involved in any of the operations of the boat.”

While the experts rendering aid via the fire boat are indispensable, much credit goes to the amazing equipment that gives the vessel — named in honor of W.S. Ward, North Beach’s first fire chief — its potency in responding to dire situations on the bay.

The fire pump can stream over 2,000 gallons per minute of fire suppression water. The vessel traverses over its water source with filters preventing any bay debris from being streamed. Foam used for firefighting is also stored aboard the boat.

If a boat is taking on water the fire boat is equipped with “de-watering devices” and has a pump on board.

Thrasher said the crew often finds itself responding to mitigate the mistakes of recreational boaters, including errors such as “going out without lifejackets,” over-populating a boat beyond its prudent capacity or the ill-advised mixing of alcohol with traveling on the water. Earlier this year the crew saved the life of an inebriated kayaker. “A lot of stuff is not understanding what environment you are getting into,” Thrasher said.

Training to be part of the boat’s crew is understandably arduous. It’s open to any member of a Calvert County department, which Thrasher said was an agreement the North Beach VFD made with the county in order to get funding for the boat. That training includes the usage and care of emergency gear, equipment, recovery drills, using pumps and de-water devices and electronics.

“Ninety percent of everything on this boat is everything you need to know to be a fireman,” said Thrasher. He is willing to train any volunteer who asks.

“Call me. I don’t beg,” said Thrasher, to any and all volunteers who feel answering the call to the Chesapeake is an assignment they would be willing to tackle.

While North Beach volunteers are prepared to respond by boat once a call is dispatched, Thrasher explained that there are some weather restrictions. The boat cannot embark on a mission in 40-knot sustained winds. If the area comes under the warning of a named hurricane it must be removed from the water.

“We can’t help people when we are in trouble ourselves,” said Tippett.

While the fire boat has the capability to travel great lengths, the company limits its routine responses to an area between the Chesapeake Bay Bridge to the north and the bay’s confluence with the Patuxent River to the south.

Tippett said the estimated life of the fire boat is about 30 years.

Thrasher declared that he won’t be a participant in the procurement of Company 1’s next fire boat. For now, the bayside community has the benefit of his several decades of service and the knowledge he has passed along to the experienced and fledgling volunteers.

“I’ve seen a lot of things,” said Thrasher, quickly recalling responses to boat fires, drownings, recoveries, medical emergencies — even travelers whose boat motors ran out of gas miles from shore. “You name it,” he said. “It can happen on the water.”