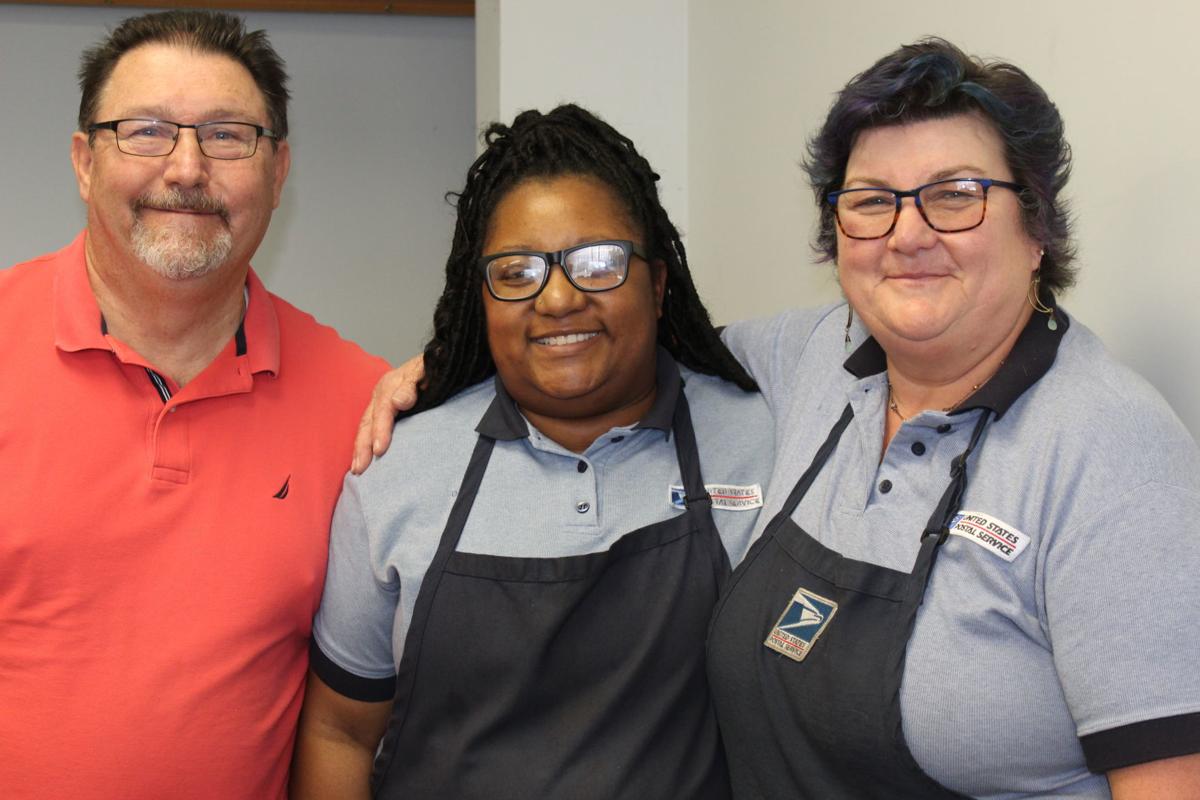 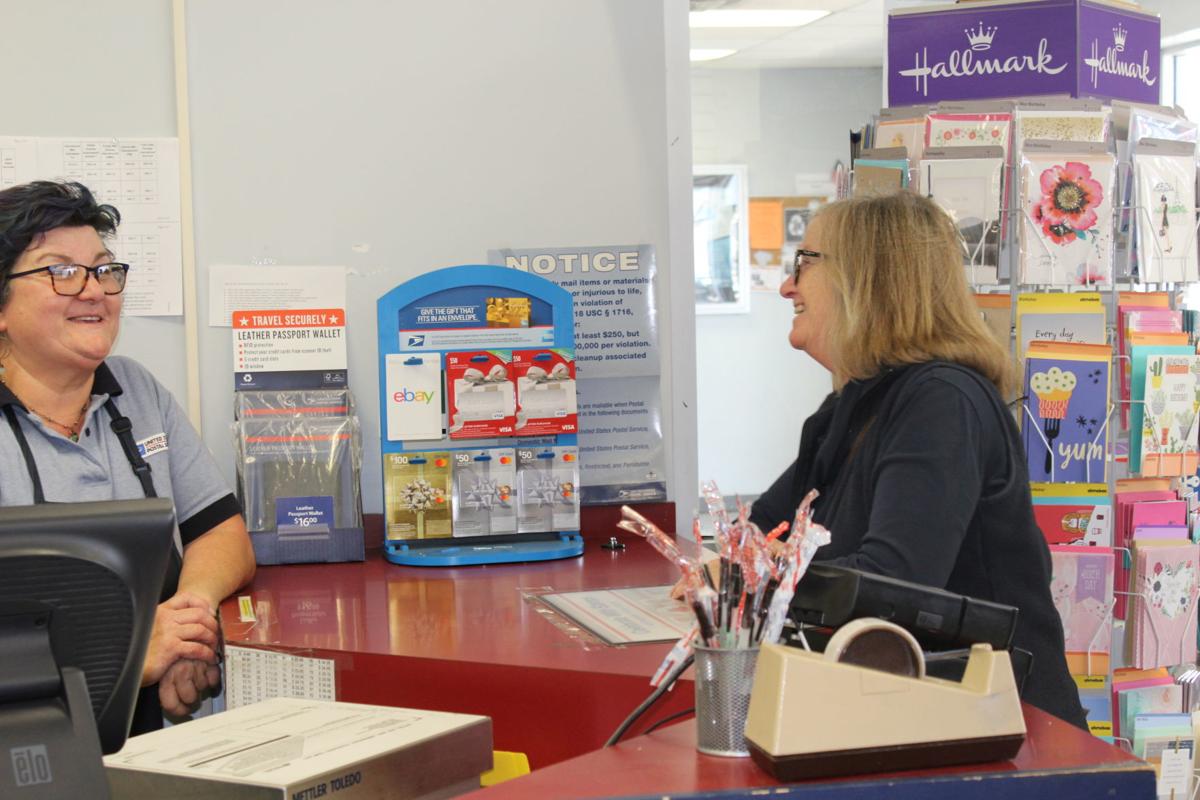 Since 1995 Terry Nickey has been greeting and providing service to customers of the Solomons Post Office.

However, the year 2020 will bring about a big change to the facility located in the center storefront of the Patuxent Plaza Shopping Center. As of New Year’s Eve, Nickey has retired from the U.S. Postal Service. She spent her final day bidding farewell to postal patrons who stop in regularly to pick up mail, purchase stamps, send off packages and obtain passports.

“I’m very fortunate,” said Nickey. Everybody is so nice. I’ve had great bosses along the way.”

“She’s probably forgotten more about the postal business than I’ll ever know,” said Solomons postmaster Jim Horn, who inherited the services of Nickey when he arrived at the Southern Calvert facility four years ago. Lamenting Nickey’s pending departure, Horn noted, “you have 33 years of clerk experience walking out the door — a lot of local knowledge, always here, always on time.”

It is apparent from listening to Nickey recall her work history, that she has always been and clearly enjoys serving people one-on-one. She told The Calvert Recorder, “my first job was as a soda jerk at Woolworth’s in Laurel.”

Nickey said she went to work for the postal service in 1986 because “my mom kept putting me in for the test. I honestly didn’t know what I would do.”

Her first assignment with USPS was in Gaithersburg. Nickey made the long, daily commute from St. Mary’s County to the Montgomery County. When USPS had an opening at their St. Mary’s City post office, “I jumped at the chance,” said Nickey.

Of working for the post office, Nickey declared, “it’s a good career.”

At one time, Nickey also had an interesting side career during Solomons’ hot spring and summer months. “I worked at the Tiki Bar for 15 years,” she said. “It was an interesting job. You meet so many different people from different places. When you work here [post office] and a local watering hole, you get to know everybody and everything.”

While some cynics think the postal service could go the way of the milkman and pony express, Nickey doesn’t see such a demise in the near future.

“I don’t think any organization could take on what we do,” she said. “I think we’ve got it sewn up.”

So, why is Nickey retiring? “Your money gets to a point where you’re working for nothing,” she said, explaining that the retirement plan she has through USPS is now equivalent to her current salary.

Plus, she has a list of plans and projects that will keep her on the go and very busy.

Her travel itinerary includes trips to Panama and Florida.

She also plans to do some renovation to her home.

“I’m ready and excited,” she told one customer.

“You will be missed,” said another customer who made a special trip to the post office to bid farewell.

Looking back on the time he has spent working with Nickey, Horn summed it up this way. “It’s been a lot of fun,” he said. “it will be different without her around here.”