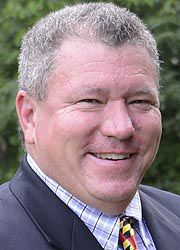 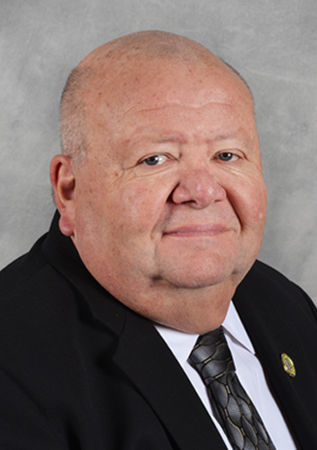 With the 2020 General Assembly in Annapolis just around the corner, The Enterprise checked in with local state legislators to share some of the bills they plan to support or monitor this year, including keeping an eye on changes to state education funding, creating stiffer penalties for stealing firearms and increased punishments for sexual abuse.

Del. Brian Crosby (D-St. Mary’s) discussed legislation that he is eager to support during his Dec. 12 town hall in Lexington Park.

He spoke of a micro-business bill that would expedite the payment process of employees of small businesses, especially ones trying to do business with Historic St. Mary’s City and St. Mary’s College of Maryland.

He also mentioned a bill focusing on aquaculture water column leases granting waterfront property owners the ability to purchase a water column lease out to 150 feet from their property before a commercial enterprise could purchase it to grow and harvest oysters.

“What we are finding is water column leases are getting purchased up, and then these commercial fisheries essentially are going in front of waterfront property owners’ docks where they are trying to get boats in and out, and additionally it just causes some frustration among people, and we are just trying to find a compromise there,” Crosby said at last month’s town hall.

Other bills he mentioned included a charitable immunity exemption which would, in instances of sexual abuse and sexual misconduct, remove the charitable immunity cap of $50,000 so aggressors cannot “hide behind a charity to have an organization promoting sexual misconduct,” and an indecent exposure penalty that would differentiate indecent exposure between an adult and a minor, warranting a more severe penalty for the act.

Crosby told The Enterprise last week in a phone interview that he will also be bringing forth a couple of bills supporting veterans that will be “popular amongst the community,” one of which is still being drafted but would stop an auto insurance policyholder as being rated as having a lapse in coverage if that lapse took place due to being deployed overseas while serving in the U.S. military.

With over 10,000 veterans in the county as of 2018, Crosby, an Army veteran, said he believed that the bill would be “relevant to the area.”

Del. Matt Morgan (R-St. Mary’s) said in a phone interview last week that when the General Assembly starts its 90-day session on Jan. 8, he will be supporting a bill that would increase the penalty for the theft of a firearm.

“We want to change that from a misdemeanor to a felony,” Morgan said, mentioning that when it comes to mass shootings “a lot of those guns [involved] are stolen.”

He said, “There has been little to no effect with gun control … the problem is with criminals.”

Morgan is also in favor of a bill that would require local detention centers in the state to notify U.S. Immigration and Customs Enforcement when an immigrant living in the country illegally is brought into custody.

“There have been high-profile crimes throughout the state that should have never taken place … this bill would make it so that when a person crosses the border illegally and then commits a violent crime, they will be deported from jail” on administrative warrants, he said.

Morgan claimed that there is no current policy in place regarding the notification of ICE in some jurisdictions, and often dangerous criminals are released back on the street.

The delegate also specified that the Kirwan Commission may be one of the biggest issues facing the Maryland General Assembly.

The 26-member panel made up of legislators, educators, business people and county leaders has been working to rewrite the current state education funding formula that has been used for about two decades to more equitably disperse state revenues to school systems.

The commission has recommended a $3.8 billion increase in spending to be phased in over a decade. About half of the increase would come from county and city governments and the remainder from the state.

“Nobody has come out and said how we are going to pay for it. We don’t want to send our money to other counties,” Morgan said of the bill.

Del. Gerald W. “Jerry” Clark (R-St. Mary’s, Calvert) said in a phone interview that it’s hard to say whether he will support certain bills because of how much they change during the General Assembly.

“I would support a bill that would improve education without real significant tax implications on citizens, especially in Calvert and St. Mary’s County,” Clark said of the Kirwan Commission, adding that he would prefer not to see revenue from those counties be sent elsewhere in the state, but rather keep the money local.

“I want to keep government out of my constituents’ pockets and support schools and students,” he said.

Clark mentioned that during last year’s legislative session, he voted against an assisted suicide bill that would give certain terminally ill Marylanders access to medication that would end their lives. He said he would look at the bill again if brought forward this year and make a new decision based on any changes made.

When it comes to penalties for stolen firearms, the delegate said he agrees with Morgan, adding that a more severe penalty for people who have stolen firearms would be “the right thing to do,” but in reality, Clark said, he isn’t sure if the state’s Democrats, who hold a strong majority in the state legislature, would go along with it, as they’ve worked toward less severe penalties for those individuals in the past.

“It seems to me if you’ve been convicted [of stealing a firearm], there needs to be more severe penalties,” Clark said.

On Monday during an interview, Sen. Jack Bailey (R-St. Mary’s, Calvert) agreed that one of the “biggest hurdles this legislative session is accountability and fairness with the Kirwan Commission” as he says there is “no sense to throwing money without accountability” and that if not handled carefully, could turn out to be a disaster.

He said he is also interested in changing an existing law to protect children from sexual predators. According to Bailey, as of now, if a child is above the age of 13 when becoming a victim of sexual abuse, there are less severe penalties for the abuser than if the child were 12 or younger.

“Whether the act is against a 12-year-old or a 13-year-old, [the perpetrator] needs to be on the lifetime sexual offender registry,” the senator said.

Bailey specified the rise of opioid overdose deaths in the state as another significant issue.

“Obviously a problem we have locally is the opioid crisis. We have to look at how we can work together as a legislature to help the community deal with this,” and currently different ideas are in the works, Bailey said.

When asked about proposals brought forth by St. Mary’s County commissioners last October, including changes to relax the county’s open meetings act, the decoupling of the county government’s debt from the St. Mary’s County Metropolitan Commission debt, and an increase in the public accommodation tax, the senator told The Enterprise that the delegation will be meeting next week to make a collective decision on how to treat the dozen and a half proposed bills.

“Southern Maryland and District 29 are important to Maryland,” Bailey said, assuring that the delegation will work hard to accurately represent the people of the region.