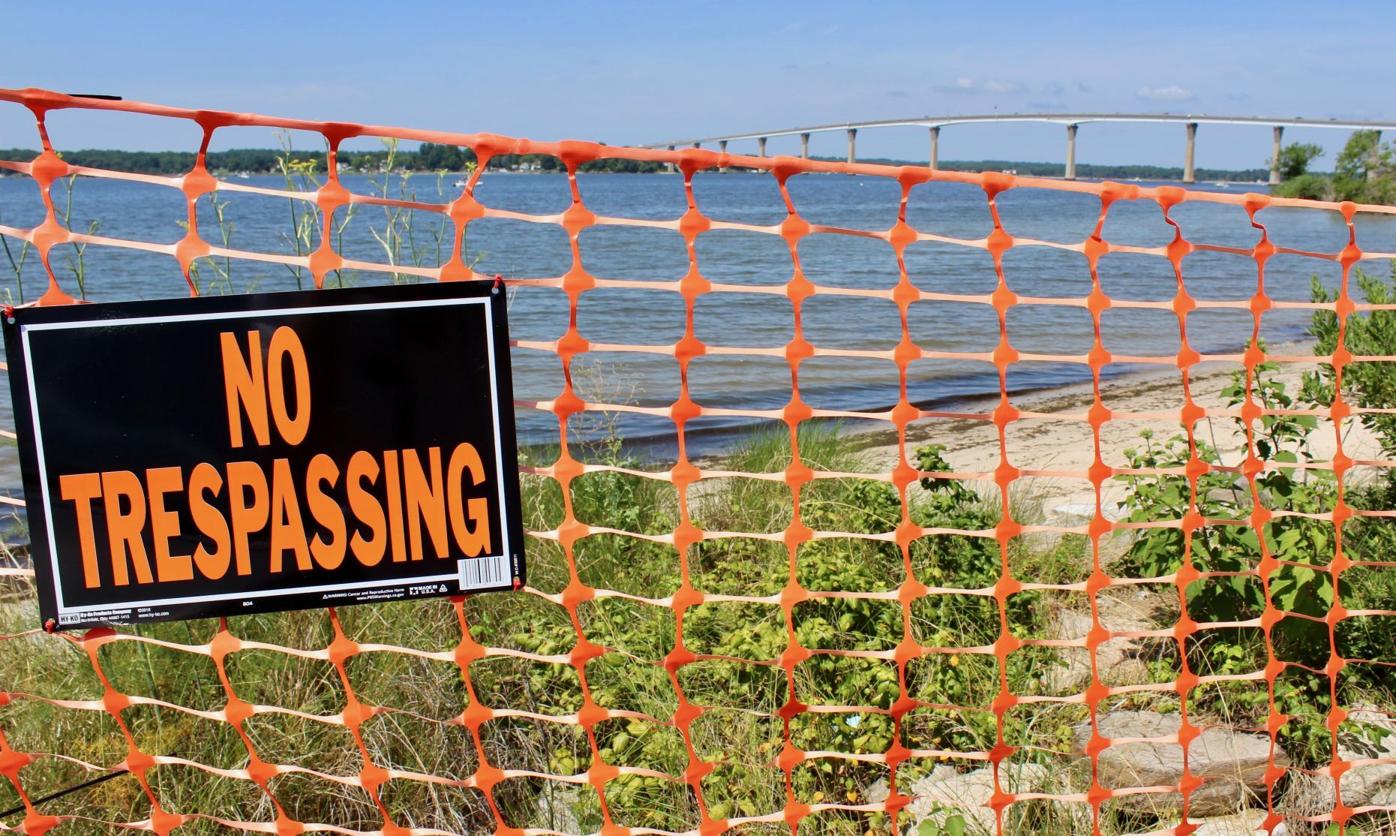 A plastic fence and no trespassing sign has been put up to keep people off Solomons Beach. 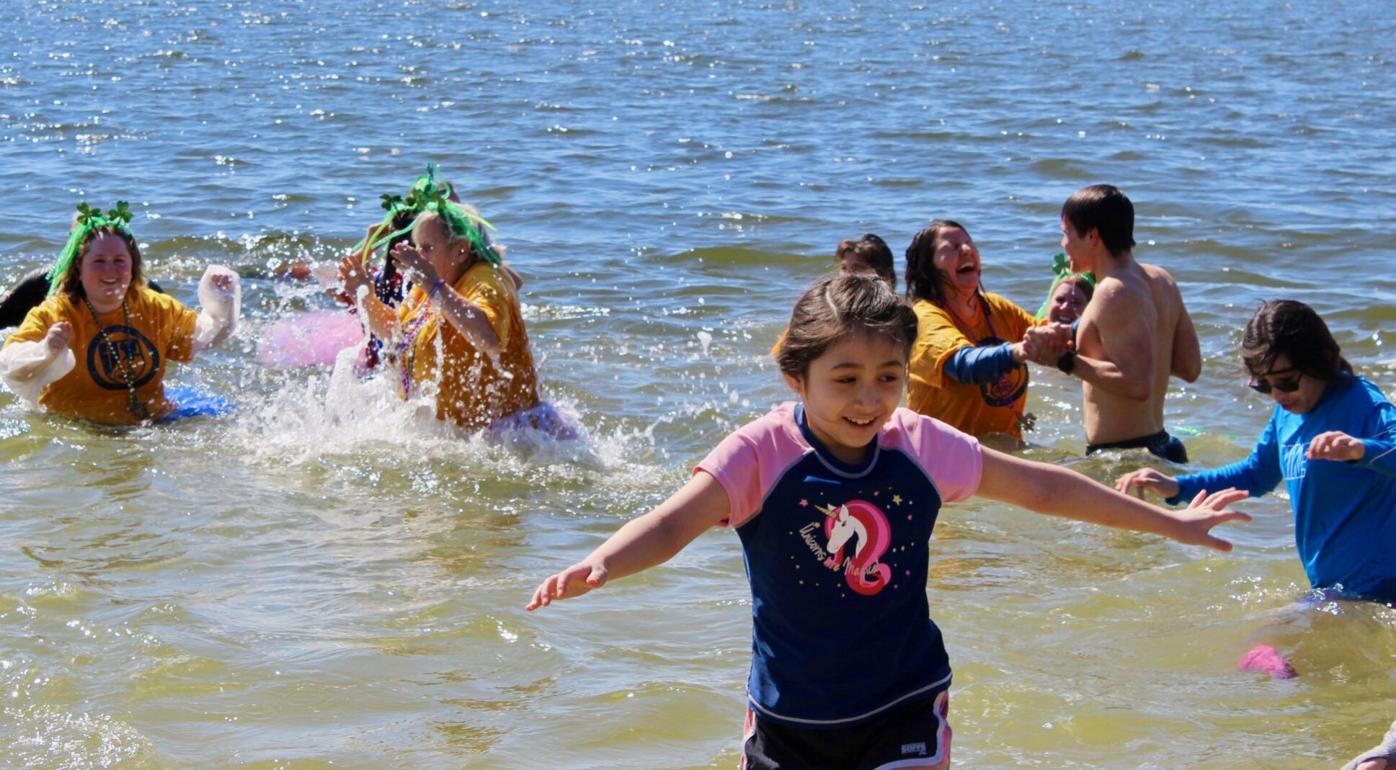 Happier times at Solomons Beach. Our Lady Star of the Sea School stepped off the sand and into the Patuxent River for their March 2020 polar beach plunge.

A plastic fence and no trespassing sign has been put up to keep people off Solomons Beach.

Happier times at Solomons Beach. Our Lady Star of the Sea School stepped off the sand and into the Patuxent River for their March 2020 polar beach plunge.

It may have been the last free beach in Calvert County. A small, sandy parcel at the edge of the Patuxent River has been closed off to the public.

“I thought it was county property,” said Lusby resident Mary Maif, who contacted Southern Maryland News last week about a plastic fence and a “no trespassing” sign that was put up sometime in late June to keep people off the beach.

“The property is privately owned and the fence was constructed by the landowner,” an advisory stated from Calvert County government on July 10. “It is not open to the public.”

In fact, the beach, which is fronted by the north end of the parking lot that begins near Solomons Boat Rental and is connected to the town’s boardwalk and playground, is identified on Google maps as “Solomons Beach” and is identified as a “tourist attraction.”

Now it may as well be called “Forbidden Beach,” as the family that owns the parcel has apparently had enough of the abuse some visitors inflicted on it.

“We’re tired of the trash. People left fishing gear, baby diapers, just no respect,” said Bill Glascock, who added that his family has allowed the public free beach access for over 30 years. “We hate to do it.”

Glascock, whose family has donated land to the county and has allowed Calvert Marine Museum to use their property for concert parking, recalled the county stopped allowing people to fish on the Solomons bulkhead for the same reason — too much garbage left behind by thoughtless anglers.

Glascock told Southern Maryland News, “It’s about 10% of the people” who have treated the beach carelessly, forcing the family to close it off.

“That’s really sad,” said Maif, when told about the littering and of policing by beachgoers. “It’s a very small beach and a beautiful place to be. I found fossils and shells there.”

Most of Calvert’s public beach access requires the payment of a fee. This includes the Chesapeake Bay front spots in North Beach, Chesapeake Beach, Breezy Point and Flag Ponds Nature Park. There are also a few beaches that may only be lawfully accessed by private property owners and their guests.

“I think it’s ridiculous to pay to get on a beach,” Maif said.

The Solomons Beach has also been used for community activities. In March 2020, just before COVID-19 began to force cancellation of most events, Our Lady Star of the Sea Church in Solomons held a polar bear plunge for students and faculty in the Patuxent River, which they accessed on the small beach.

The beach has also been the launch site for dragon boats participating in the Solomons annual race benefitting Southern Maryland Community Resources. When contacted, event coordinator Kristin Kauffman conceded she had not heard about the beach being closed off. This year’s event is scheduled for Aug. 21.