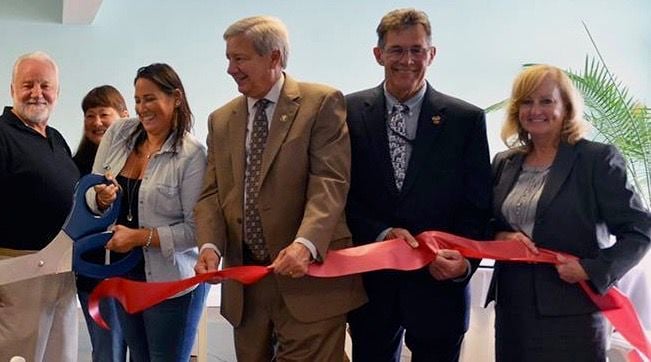 Casey St. John, wielding scissors, cuts the ribbon to her St. Leonard-based business Lash Bartenders while members of the previous board of Calvert County commissioners and then-county administrator Terry Shannon hold the ribbon. 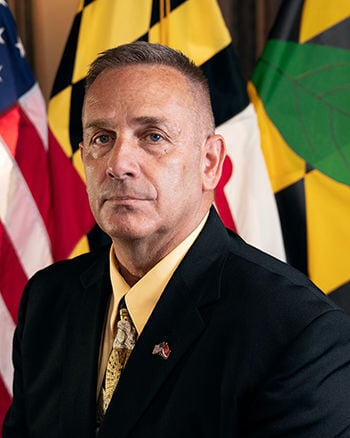 Casey St. John, wielding scissors, cuts the ribbon to her St. Leonard-based business Lash Bartenders while members of the previous board of Calvert County commissioners and then-county administrator Terry Shannon hold the ribbon.

A local businesswoman is taking Calvert County government — including its highest ranking non-elected official — to court.

The suit filed in circuit court by Casey St. John of St. Leonard claims a statement made by then-department of planning and zoning director Mark Willis to a Washington, D.C., television station late last year was false and libelous. Willis has since become county administrator.

The complaint, submitted and signed by Annapolis-based attorney Steven B. Preller, who is representing St. John, contends that Willis’ false statements have resulted in St. John and her business, Lash Bartenders, sustaining “unliquidated damages, including severe emotional distress, public hatred and scorn, medical expenses, loss of business income, damage to their reputation, economic losses to the business, lost profits, and other economic and non-economic damages.”

Willis found himself on camera after two weddings and receptions that St. John had been contracted for had to be relocated since a final permit for the venue — a barn on Parkers Creek Road in Port Republic — had not been attained. The brides gave interviews to WJLA-TV’s “7 On Your Side I-Team,” which also interviewed Willis.

According to online documents, the Calvert County Board of Appeals considered St. John’s request for a special exception approval on behalf of the barn’s owner to use the property “for various public or private events.” The case summary noted that St. John and the property owner “were issued a citation for zoning violations for commencing and continuing use of the facility without proper site plan and permit approvals. Following the citation, they applied for site plan review and approval, and were referred to the board of appeals.”

That panel held a public hearing on the application on April 4, 2019. The hearing included lengthy testimony from St. John, as well as from Barbara Harms, who is the barn’s owner, and engineer Jeffrey Greene. Six residents living in proximity to the structure expressed concerns about adverse traffic safety and noise that could be generated by the venue.

The appeals board approved the special exception request subject to eight conditions, the last of which was “site plan approval is required and all permits must be obtained prior to any use and occupancy of the facility for the private event use that is the subject of this case.”

In the WJLA report, Willis stated “she never really followed through with the site plan itself.”

In the court complaint, the plaintiffs contended “this statement was completely false and defamatory. Lash Bartenders obtained final site plan approval on May 24, 2019.”

According to Calvert County Planning Commission documents, the county’s Technical Evaluation Group granted that approval to the Lash Bartenders’ application.

The complaint further stated that “Willis was actively involved on the site plan review and approval process, and knew his statement to the media was false, and would subject Ms. St. John to public scorn, and hatred, and destroy her business.”

The court-filed complaint further contends “upon information and belief” that Willis “has family connections to ...one of the brides interviewed” and thus “had a motive to misrepresent the facts.”

In an email to one of the brides interviewed by the television reporters, dated Sept. 10, 2019, St. John stated that she had requested a “one-day permit for your wedding. All departments agreed to grant it but the fire marshal. The fire marshal holds the power of the final approval for the request and will not grant it.”

In the segment of the television report where Willis was interviewed, he affirmed, “it’s public safety. That’s what we look at.”

The court-filed complaint states that the plaintiff is seeking “compensatory and presumed damages of $350,000 plus costs” and “judgment against Willis for punitive damages of $100,000.”

Inquiries about any further comments on the suit from Preller received no response by press time.