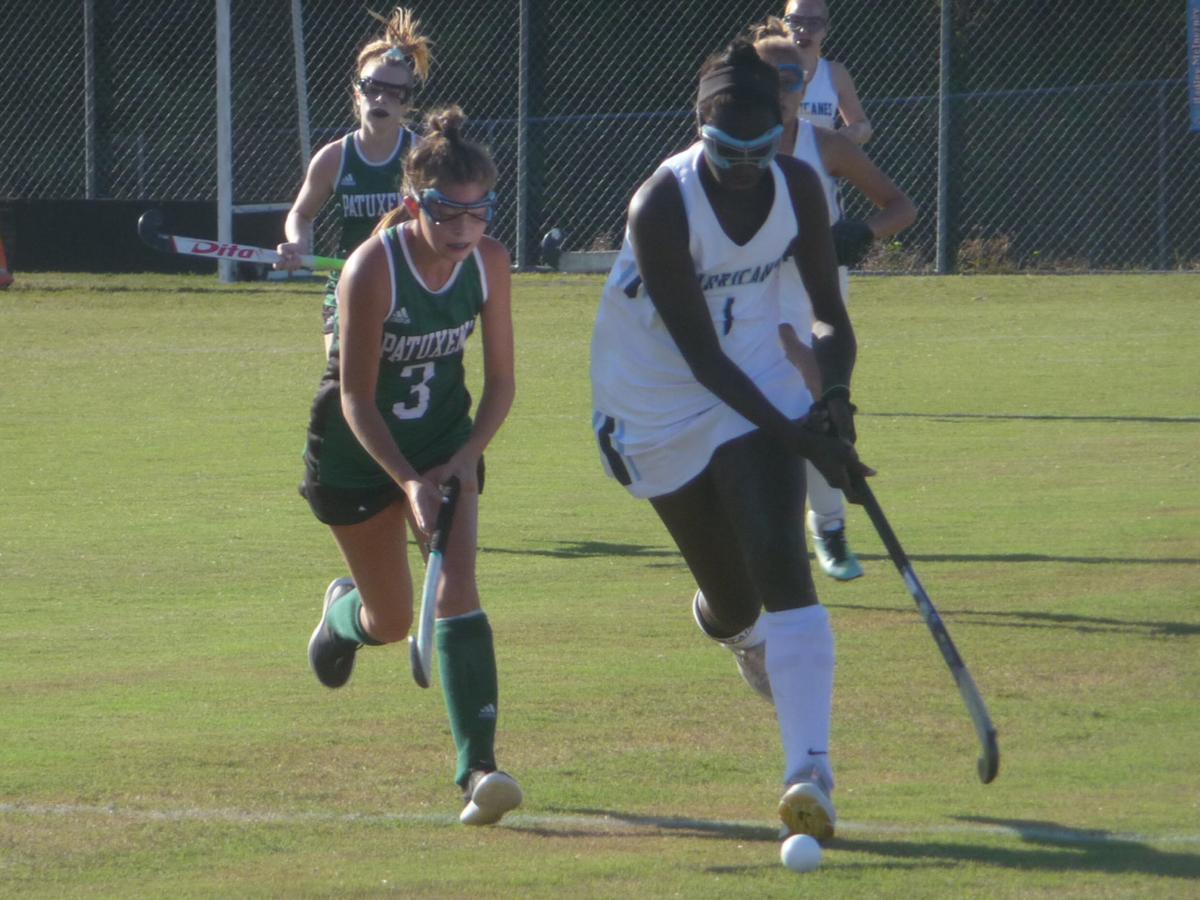 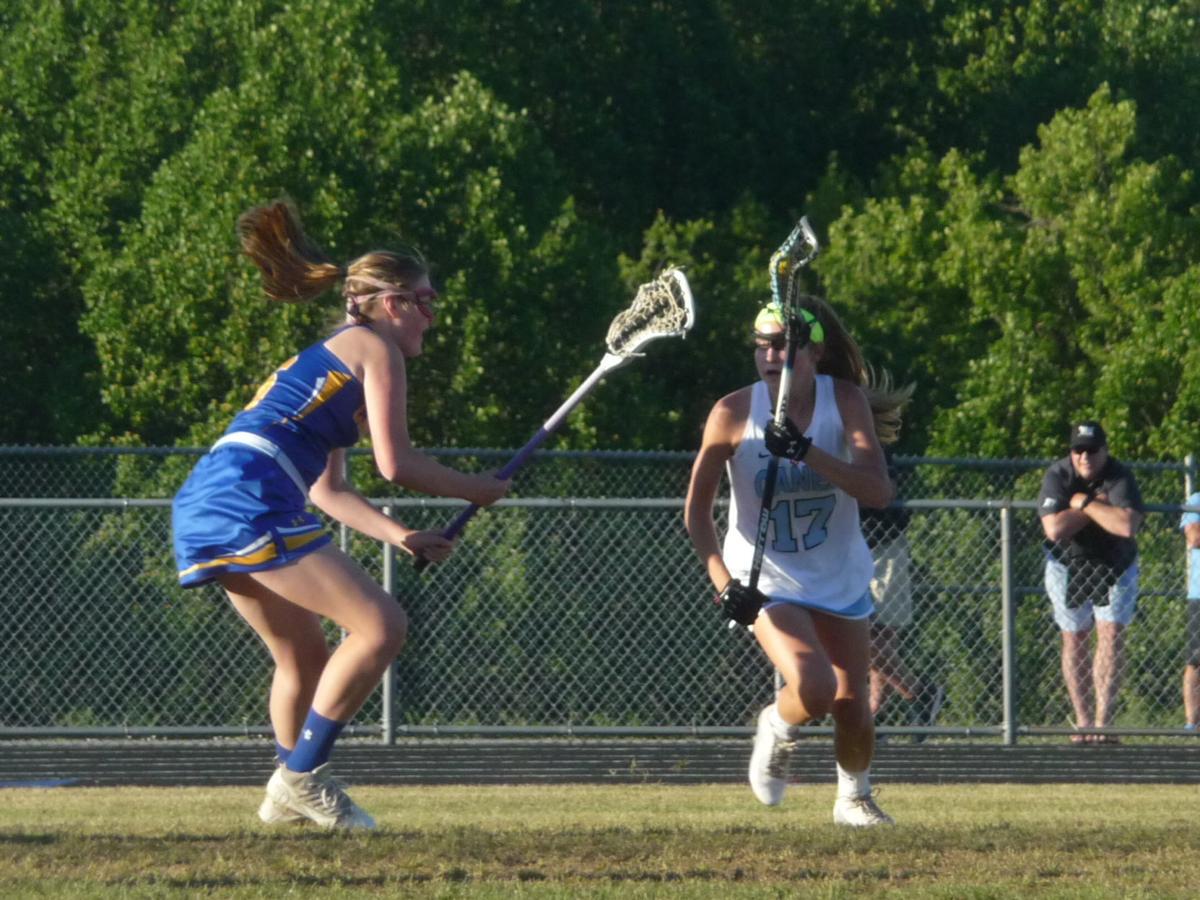 Huntingtown's Alexa Zeruto, pictured in action at right against Calvert in the 2018 spring season, will play lacrosse collegiately at Embry Riddle Aeronautical University in Florida. 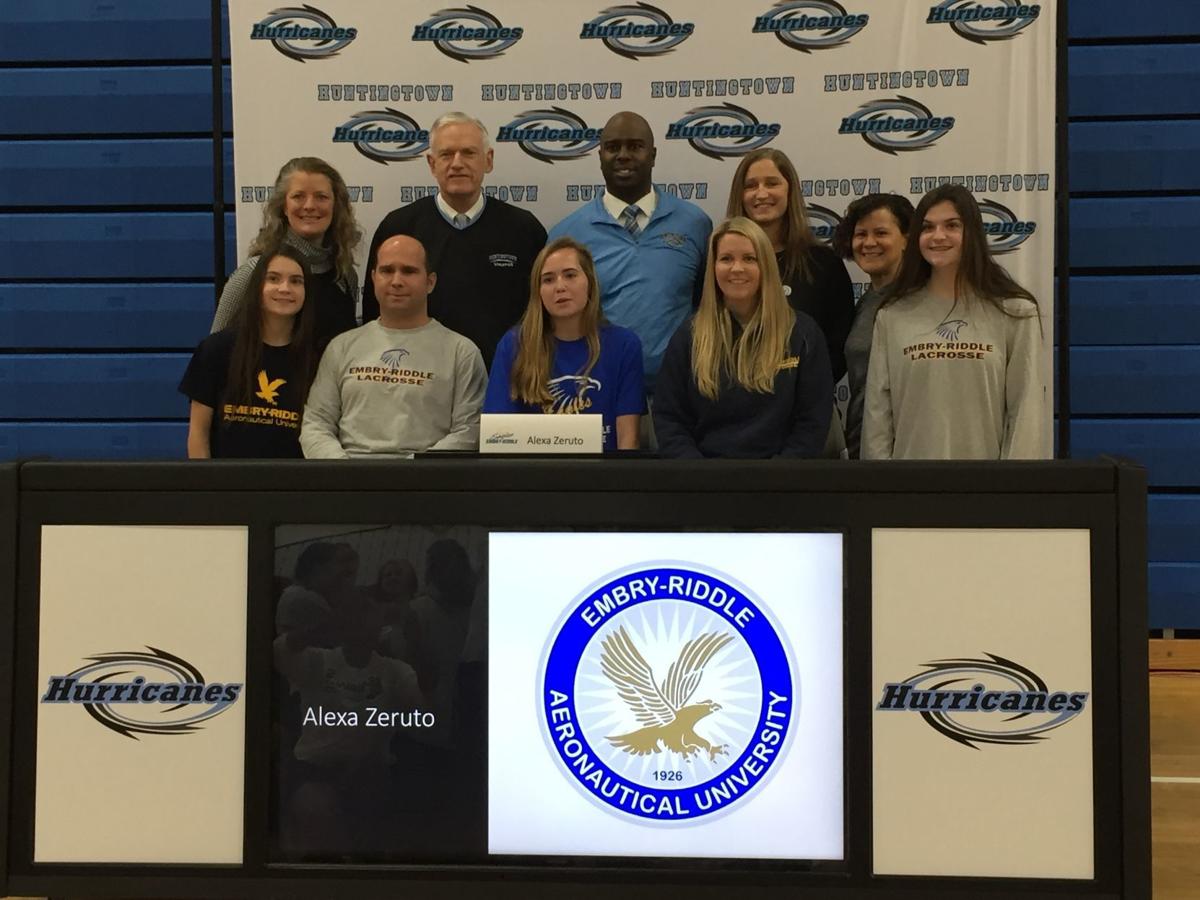 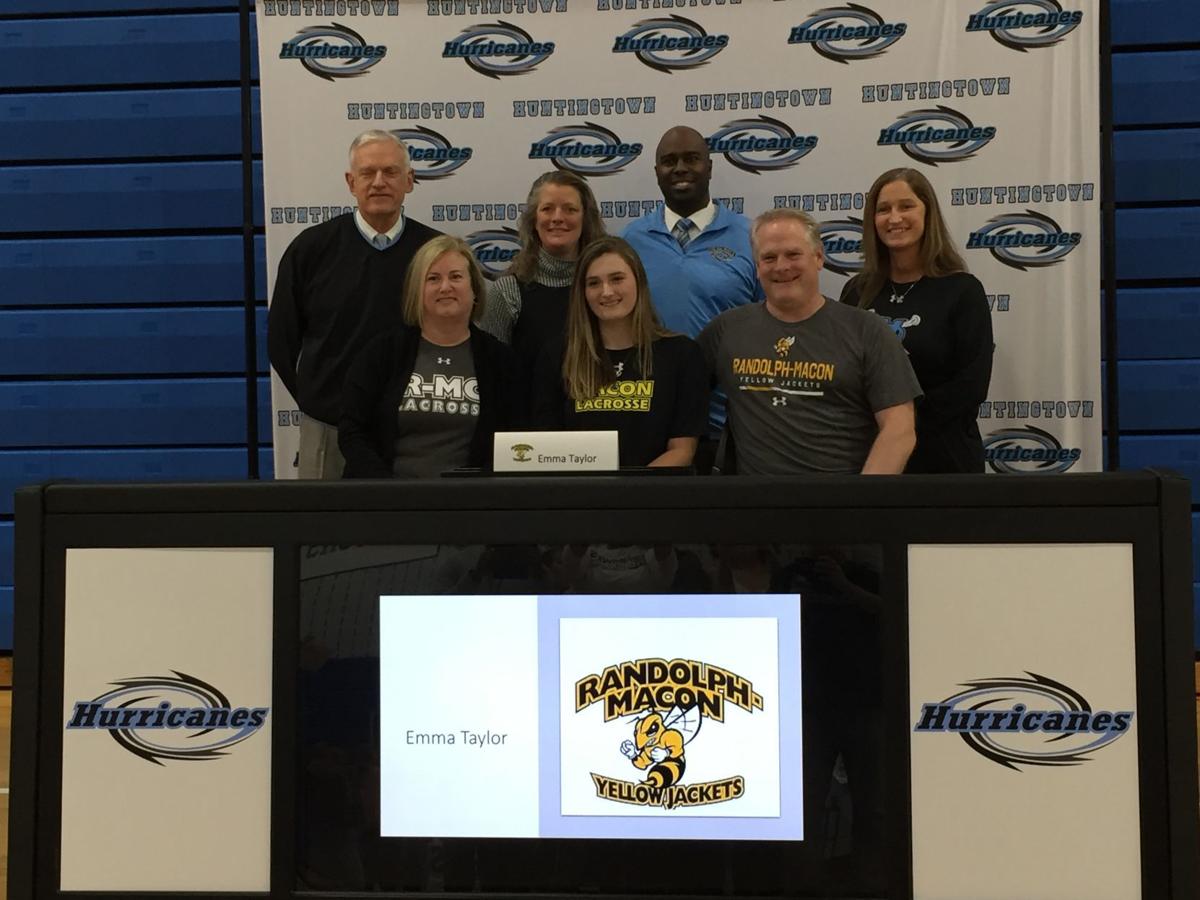 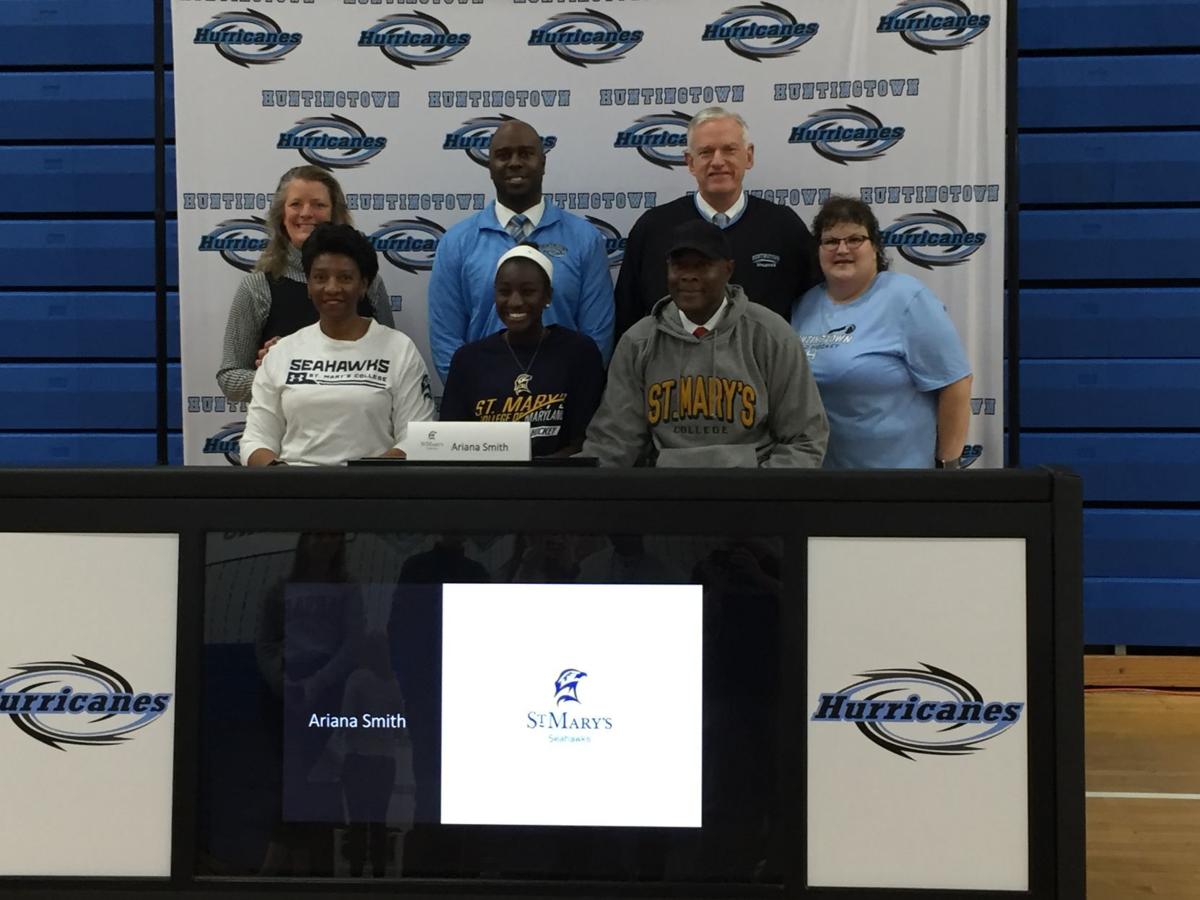 Huntingtown's Alexa Zeruto, pictured in action at right against Calvert in the 2018 spring season, will play lacrosse collegiately at Embry Riddle Aeronautical University in Florida.

Over the course of her athletic career at Huntingtown, senior Alexa Zeruto has had the good fortune to be an integral part of multiple successful programs, contributing to Southern Maryland Athletic Conference-championship seasons with both the girls lacrosse and field hockey teams over the past year.

The Hurricanes’ girls lacrosse squad put together a 14-3-1 season last spring, including a landmark win over longtime SMAC power Leonardtown and a second straight Class 3A state semifinal appearance. Then this past fall, the field hockey team went undefeated through the regular season and winning SMAC and regionals before ultimately ending its season in the state semifinals.

“It’s been awesome,” Zeruto said of her time at Huntingtown following a letter-of-intent signing ceremony at the school on Feb. 6 that consisted of 17 athletes who had made their college intentions official. “I love it here. I’ll be sad to leave. I love the coaches. We won SMAC and regionals last year. I just really love the team. I’m going to miss it, but they’ve taught me a lot, a lot of stuff I can carry on to college.”

The college Zeruto will be carrying on to is Embry Riddle Aeronautical University in Florida, where the Huntingtown standout will play lacrosse. The Eagles, who were 10-7 overall a season ago, compete in the Sunshine State Conference at the NCAA Division II level.

For Zeruto, the school offered an excellent combination of location and athletics, as well as providing the opportunity for her to work towards what she would like to do in the future.

“It’s perfect. I love it there,” she said. “It’s south in the warm weather, five minutes from the beach. I get to play lacrosse at a competitive level, and of course the major there is exactly what I want to do. I want to fly, want to be a pilot, and Embry Riddle is an aeronautical school, so it’s perfect for me.”

Emma Taylor, a goalie on the field hockey and girls lacrosse teams, will also be continuing her lacrosse career at the next level at Randolph-Macon College in Virginia. An NCAA Division III program, the Yellow Jackets compete in the Old Dominion Athletic Conference and put together a 12-7 overall record in 2019.

Taylor felt Randolph-Macon offered what she was looking for in terms of size, while she also instantly felt at home with the team she will be joining.

“Basically when I set foot on the campus I kind of had that feeling that everyone wants, that this is going to be my home,” Taylor said. “I met the team and they were the most welcoming out of every school that I ever visited. All of the 2020 recruits that were there with me were amazing. It was a perfect fit for me.

“I know their program is growing a lot. They do a lot of study abroad stuff, last year they traveled internationally. I’ve been on the varsity team here for four years, and I’ve played lacrosse for 12 years. It’s been a big journey for me.”

Ariana Smith, a critical piece of the field hockey success this past fall, had long figured she would like to get some distance between herself and home when it was time to go to college. But in the end Smith found what she was looking for quite close to home at St. Mary’s College of Maryland.

“I went on a couple of college visits, all up in Massachusetts and Connecticut and New York. I kind of wanted to be up there, but then when I went to St. Mary’s I was like, ‘No, I kind of like it here,’” Smith said. “It’s close to home. I didn’t think I wanted to stay close to home, always wanted to get out of Maryland, but I’m happy to stay in Maryland. St. Mary’s was so nice. When I did my overnight it was just like, this is it.”

The Seahawks, who compete in the Capital Athletic Conference in Division III, were 13-5 overall this past season.

Smith initially started playing field hockey in middle school, and quickly came to the realization that she wanted to become more heavily involved in the sport.

“I started field hockey in the seventh grade,” she said. “It was kind of a late start, I guess. After that, I realized I really wanted to play field hockey. My mom and I talked and I did a travel time and switched to club. That’s when my experience going all over the place, going to different tournaments and getting noticed really started. My love and growth for field hockey went with it. I’m so happy I quit dance and started field hockey.”