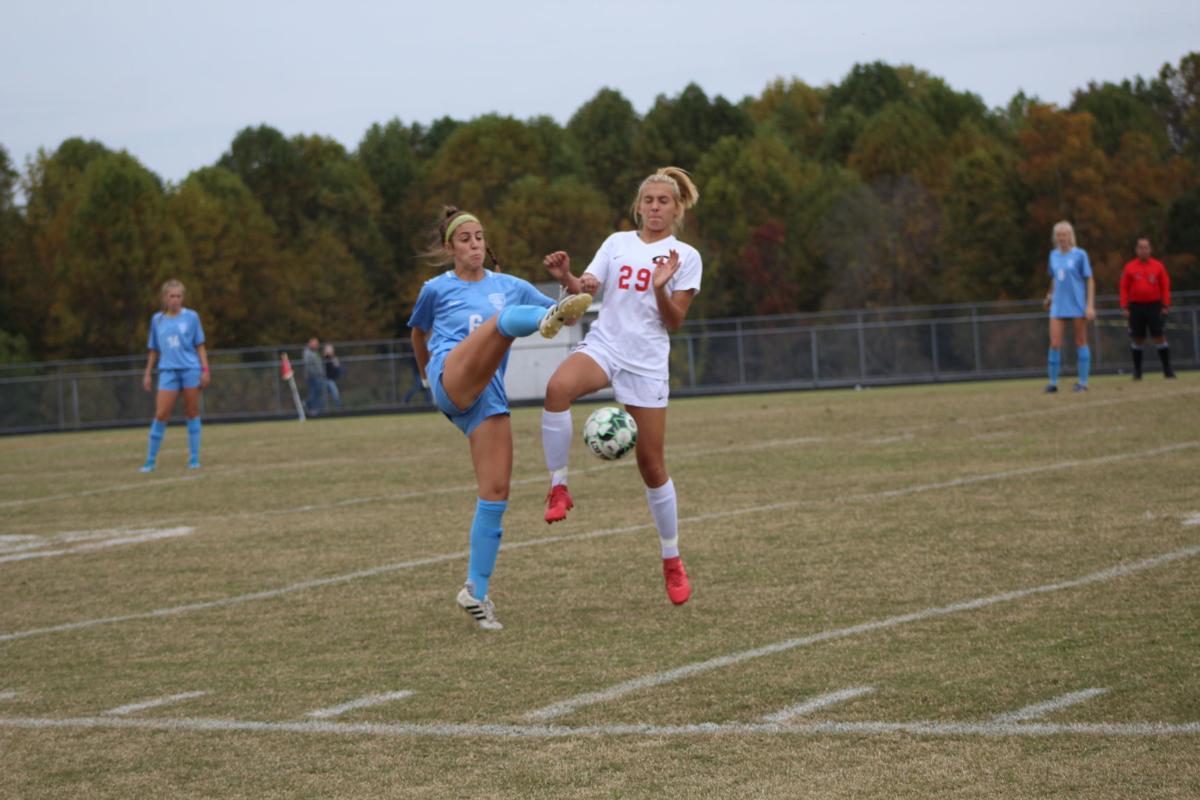 Huntingtown’s Ashley Bosmans, left, battles for the ball with Chopticon’s Cali Barber during a game in the 2019 season. Bosmans will play soccer collegiately at Coastal Carolina University in South Carolina 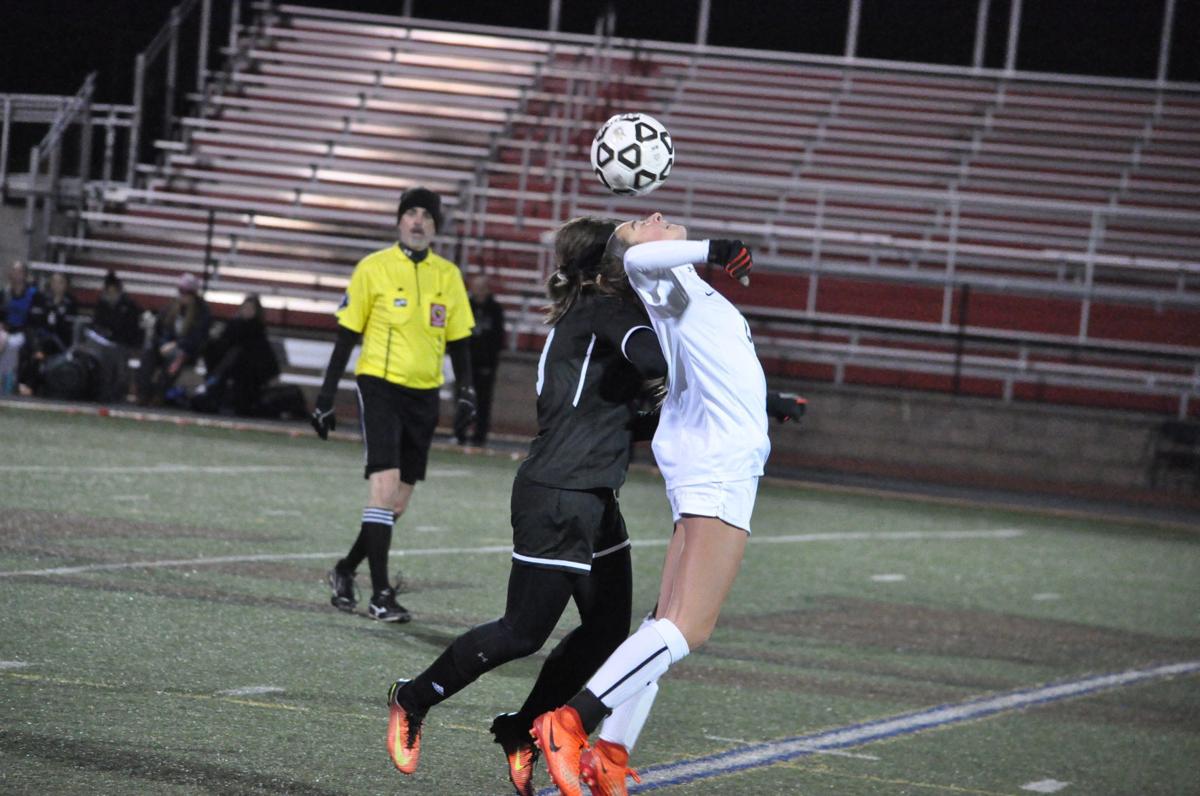 Huntingtown senior Audrey Flanagan heads the ball during the Hurricanes' 3A state semifinal against Atholton at Linganore High School in 2017. Flanagan will play collegiate soccer at Washington College (Md.). 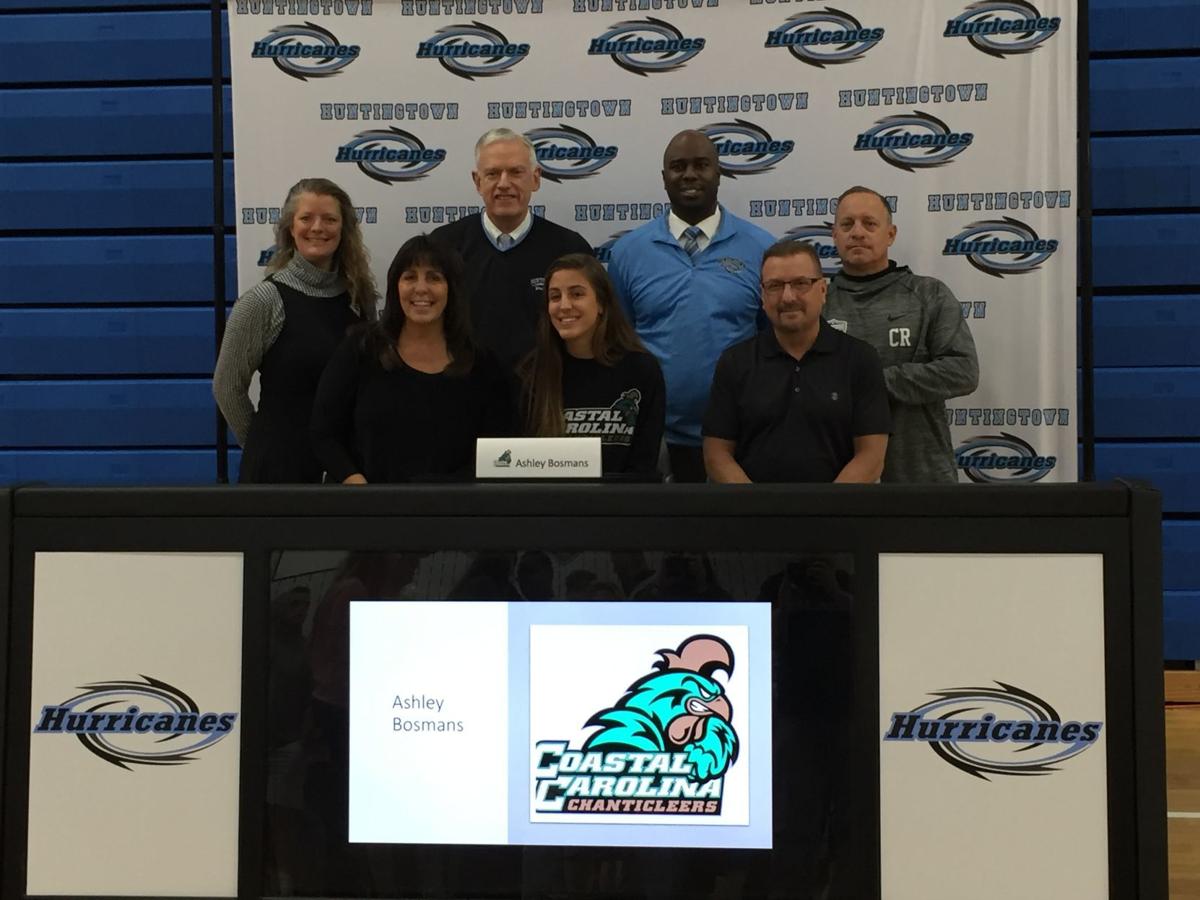 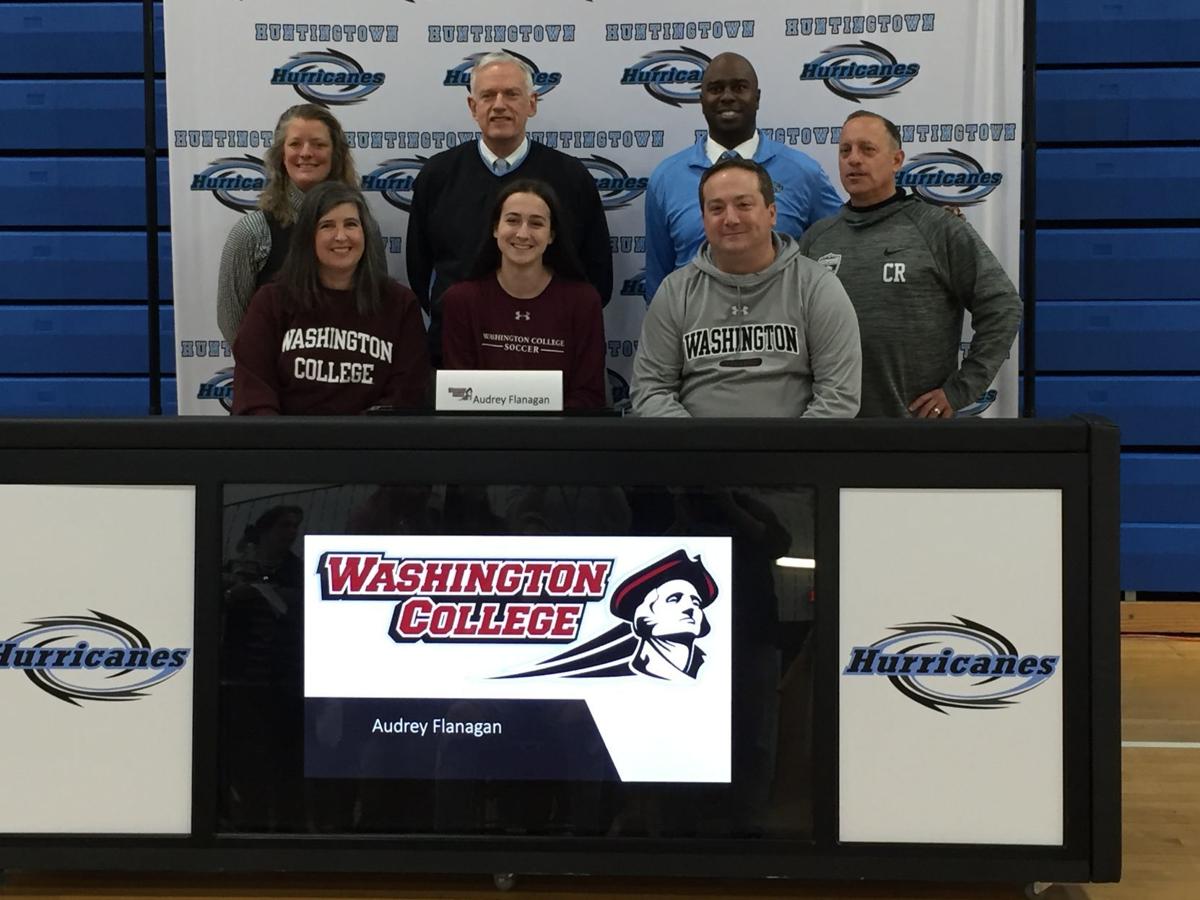 Huntingtown’s Ashley Bosmans, left, battles for the ball with Chopticon’s Cali Barber during a game in the 2019 season. Bosmans will play soccer collegiately at Coastal Carolina University in South Carolina

Huntingtown senior Audrey Flanagan heads the ball during the Hurricanes' 3A state semifinal against Atholton at Linganore High School in 2017. Flanagan will play collegiate soccer at Washington College (Md.).

Through her high school career playing on Huntingtown’s girls soccer team, Ashley Bosmans and her teammates certainly enjoyed their share of high-profile moments.

The Hurricanes played in the Class 3A state championship game in 2017, won the Southern Maryland Athletic Conference crown the following year and were regularly regarded as one of the top teams in the state. Bosmans hopes her college career will provide similar experiences, as she signed to play NCAA Division I soccer at Coastal Carolina University in South Carolina.

“Coming on to Huntingtown was one of the best teams I’ve ever been on, and the community environment was great,” said Bosmans, who started playing soccer at the age of 4, at Huntingtown’s letter-of-intent signing ceremony in February. “With Coastal, when I went down to camp there I could tell it was a really passionate atmosphere which I really loved about it, and the coaches and the girls were all really nice.”

The Chanticleers, who compete in the Sun Belt Conference, were 7-9-2 overall last fall, logging a 5-4-1 mark in league play. While the soccer program, itself, obviously was important, the school offered basically everything Bosmans, who was an All-County selection at defense this past fall, was looking for in a college home.

“It’s always been my dream school and then I found out they had the major that I wanted,” said Bosmans, who plans to major in marine science. “Then I visited the campus and fell in love with the campus, so it just worked out. I’m really excited.”

In addition to the region and SMAC titles Huntingtown’s girls earned during the course of their Hurricanes’ careers, over four years the varsity program went 57-10-1 with a 20-4 record in SMAC Chesapeake Division action.

Audrey Flanagan, a member of the varsity squad all four years, will be continuing her soccer career for the Shorewomen at Washington College (Md.). Flanagan had other opportunities, but Washington — an NCAA Division III school which went 6-8-3 overall last season, 2-6-2 in Centennial Conference play — proved to be the right fit for a number of reasons.

“Washington ended up giving me the most money academically, and I really liked the campus,” she said, “and it was close to home, and that was important to me, too.”

An All-County selection at forward after scoring 23 goals in the fall, Flanagan has plenty of highlights to look back upon from her time with the Hurricanes.

“I played four years on varsity. This year was a pretty big year for me. I had a good game against Calvert, had a couple goals, and I scored against Northern — in the first game,” she said, citing the team’s regular season game last fall. “I think I ended up with like 20 goals. Last year I had 20 goals and 11 assists. Last year I was a midfielder and this year I moved up to forward.”

Flanagan is happy to take her career to the next level, but more important to her was finding what she viewed to be the right fit in an academic sense.