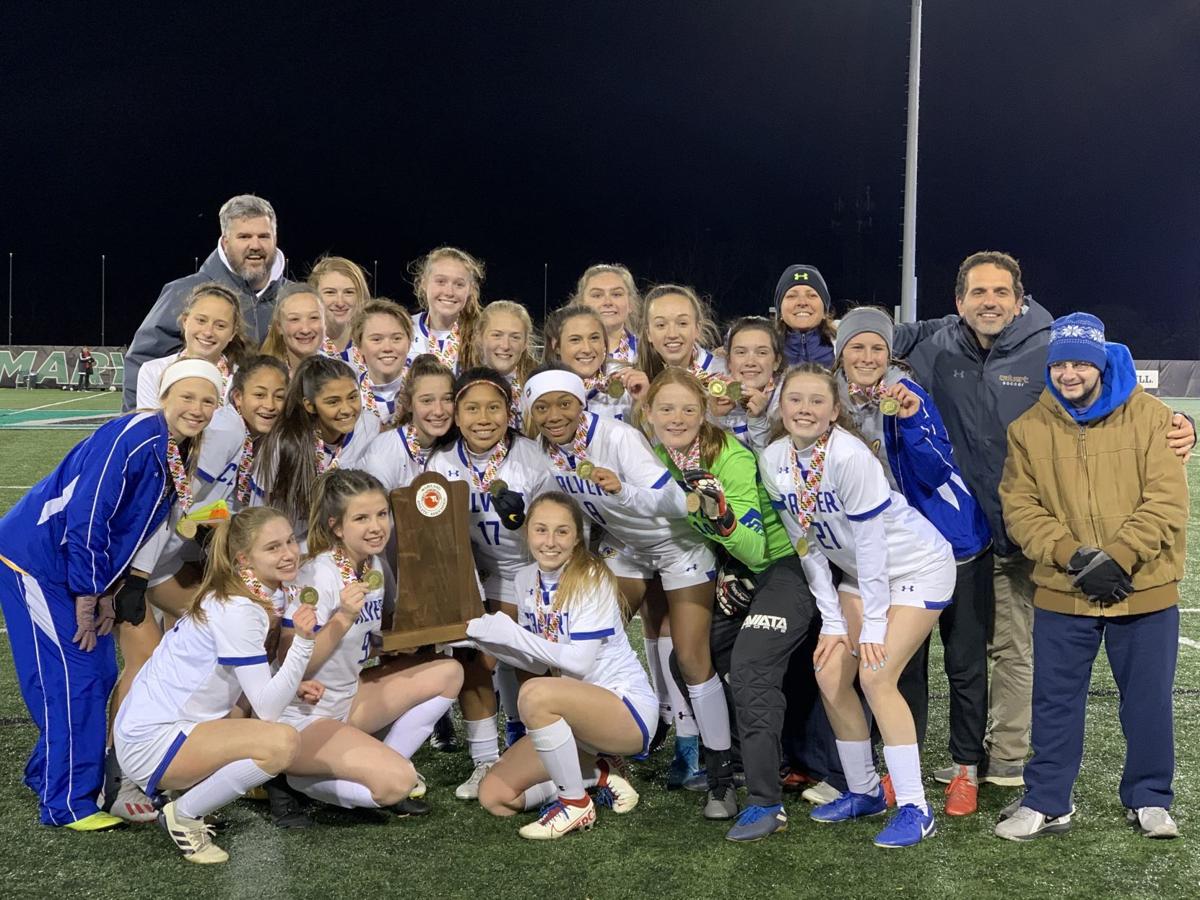 Calvert’s girls soccer team poses with the program’s second state championship trophy after claiming the 2A title in November. 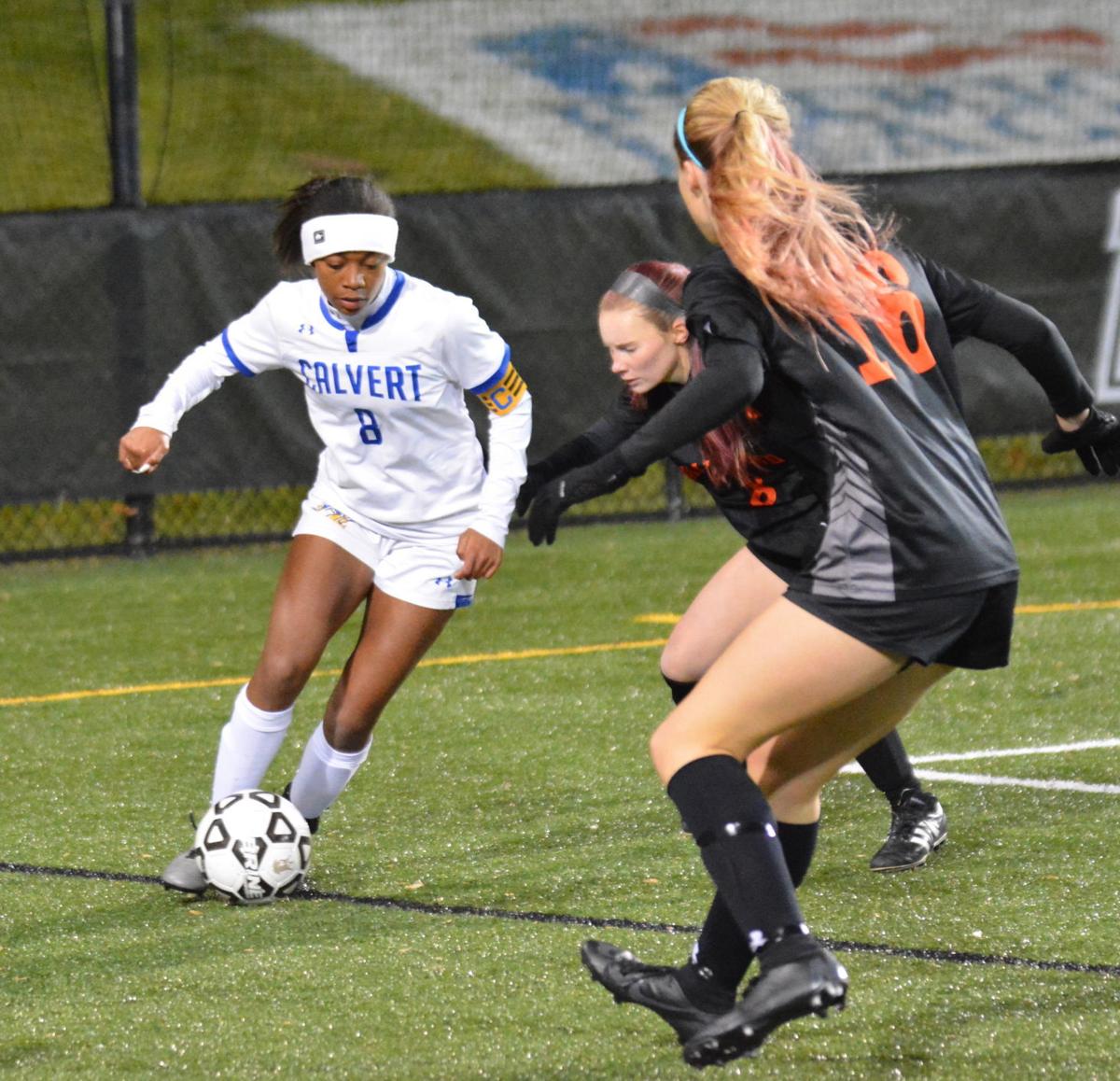 Calvert’s girls soccer team poses with the program’s second state championship trophy after claiming the 2A title in November.

In the years since claiming their first state championship in 2014, the Calvert Cavaliers girls soccer team had been so close to adding to the program’s total. But in virtually every year since, the Cavaliers were denied in heartbreaking fashion by the River Hill Hawks of Howard County , including in the 2016 Class 2A state final, who would then proceed to win the 2A crown.

But this year it was Calvert coming out on top in dramatic postseason games, first with an overtime win against Century of Carroll County in the state semifinals and then again with a 2-1 overtime win over Middletown of Frederick County in the state final at Loyola University’s Ridley Athletic Complex in Baltimore. On both occasions, it was senior London Lewis who scored the game-winning goal.

“My goal this year was just to keep finishing,” Lewis said in the postgame press conference. “During the [regular] season we have easier and harder games, but throughout SMAC I felt that personally I didn’t execute in the harder games this year.”

In the state final, Lewis buried a rebound off of a Bridget Harris shot to lift the Cavaliers to victory with just 35 seconds remaining in the second overtime.

“I honestly thought Bridget scored,” Lewis said of the play. “She had an open spot and took a good strike, but the [Middletown] keeper made a good save. Throughout the season, we have always stressed follow your shots, and when I saw that ball get deflected I worked my butt off to get there.”

Despite playing well in the opening half, Calvert trailed by a goal.

“Middletown capitalized on their chance and put a beautiful header into the back of the net. They played hard and are a great team,” Calvert head coach John Baker said. “I told our girls we were controlling the game and to just keep doing what we were doing. We made some halftime adjustments and shifted our shape a little bit to get some more pressure because we felt we were sitting behind the ball too much in the finishing third.”

Some of this year’s seniors were on the Calvert squad when it lost by a goal to River Hill in the 2016 state final. That made this year’s conclusion all the more satisfying.

“I was here freshman year when we lost 2-1 to River Hill, and I am happy that we finally got to experience a win,” Cavaliers senior Claire Williams said. “In big games, [Lewis] gets it done [for us]. I’m just happy she’s on my team because if it wasn’t for her, we probably wouldn’t be here.”

“This group of six seniors were our captains, and most of them have started and played since they were freshmen. They really became leaders this year, and it was really a team effort from all of them,” Baker added. “These girls fight hard. We train year round. I get them in the weight room in January. For them to finally get rewarded, it is great to experience the winning side of it this year, especially for the ones who were freshmen to seniors now.”