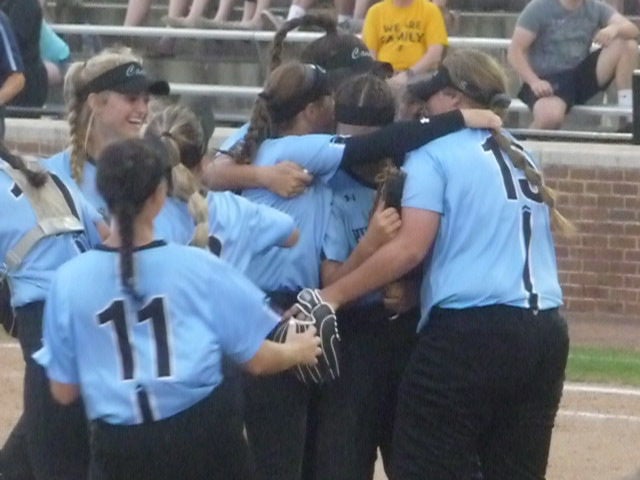 Huntingtown’s softball team celebrates after winning the state 3A championship in May. It was the program’s second straight state title and fifth overall. 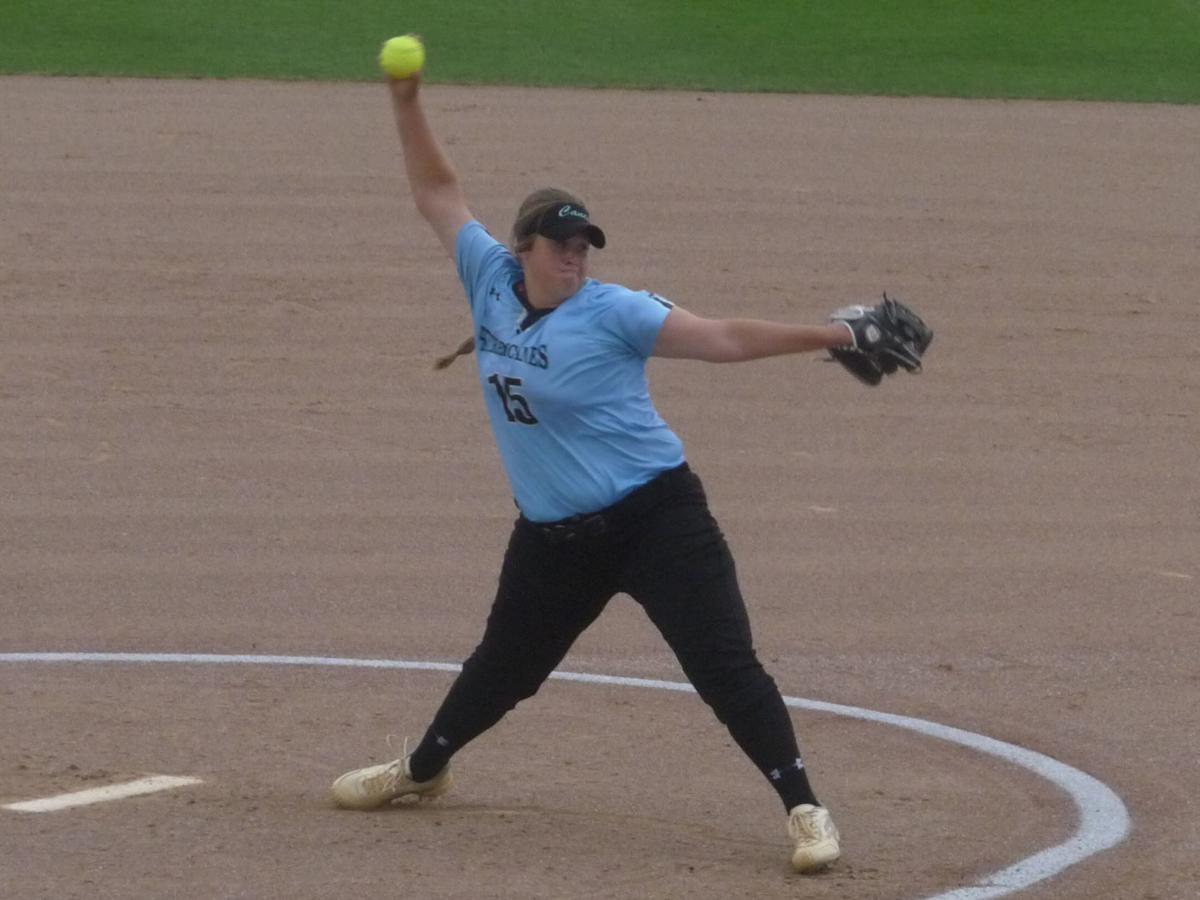 Huntingtown’s Tori Fletcher pitched a three-hit shutout in the Hurricanes’ 2-0 win over Chesapeake in the Class 3A state championship game on May 25 at the University of Maryland College Park.

Huntingtown’s softball team celebrates after winning the state 3A championship in May. It was the program’s second straight state title and fifth overall.

Huntingtown’s Tori Fletcher pitched a three-hit shutout in the Hurricanes’ 2-0 win over Chesapeake in the Class 3A state championship game on May 25 at the University of Maryland College Park.

When the softball season started in March, Huntingtown’s team had its eyes set on repeating as the Class 3A state champions.

The Hurricanes did not necessarily look like a dominant team destined to repeat as the season began, but by the end they were in the same place as each of the previous three seasons playing for a state championship in College Park.

Huntingtown made good on its intent to repeat, as well, scoring two runs in the bottom of the sixth inning to nip Chesapeake 2-0 for the 3A crown.

After finally breaking through in the bottom of the sixth, there were still some anxious moments, as the Hurricanes’ Anne Arundel County opponent put its first two batters on base in the top of the seventh. But after a pop-up for the first out, Huntingtown turned a double play to seal the program’s fifth state title.

“It started out a little rough,” Huntingtown senior pitcher Tori Fletcher said of the seventh inning, “but we eventually got our breath and played the game we’ve been playing all year.”

Fletcher pitched the Hurricanes to the state final in each of her four years in the program, and in her Huntingtown finale she allowed three hits and walked two to go along with nine strikeouts. She delivered a shutout in her final outing, leading the Hurricanes to back-to-back championships.

“Tori, she’s gotten better every year since her freshman year and she’s been [in the state final] for four years in a row and that’s hard to do,” Huntingtown head coach Mike Johnson said after the win against Chesapeake. “She was just amazing today. She refused to give in and she’s done that in a lot of games. She refuses to give in. She makes the right pitch at the right time ... so much credit has to go to [assistant coach] Jordan DeGennaro. She calls the game and I thought she called an amazing game, but obviously Tori had to execute and she did it to perfection.”

While Huntingtown’s recent past would have suggested the team would have entered the season as a favorite to contend for another state championship, the team always felt it was not regarded as a serious threat to do it. The Hurricanes had just one misstep during the season, a regular season loss to Chopticon, and finished the year 22-1 overall.

“We talked about no one really giving us a real chance to get back here,” Johnson said. “We lost so much amazing talent from last year, but the girls progressively got better week after week after week. We had that one loss against Chopticon. They said, ‘It’s not going to happen again. We understand what we did. We understand what we have to do to get better.’ They did it. They just didn’t say the words. They went out there and did it every day.”