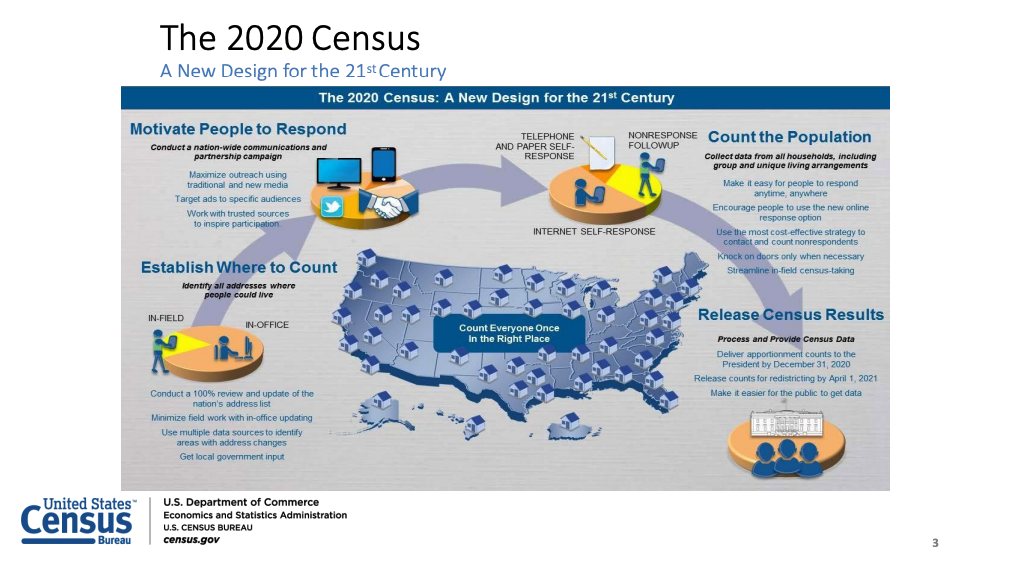 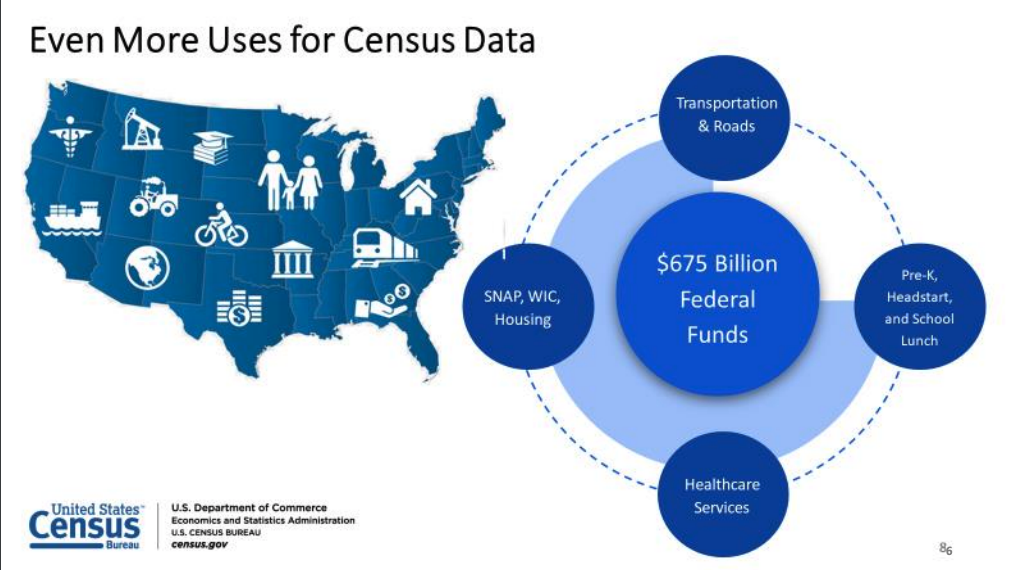 Calvert County Government and the U.S. Census Bureau are partnering to get an accurate accounting of citizens for the 2020 Census to make sure Calvert receives its fair share of federal funding.

The census is instrumental in determining how more than $675 billion of federal dollars are distributed to state and local governments for programs to include Medicaid, unemployment, highway construction, grants and more.

“It’s estimated for each person not counted for the 2020 Census that it is $1,880 per person [in lost funds]. You start doing the math, and that number doesn’t change for 10 years,” Census Bureau partnership specialist Lee Osberry Jr. said before the Board of County Commissioners on May 21.

“How do we see that funding?” Commissioner Mike Hart (R) asked, wondering how the funds “trickle” down to the individual counties.

Department of Planning and Zoning long-range planner Jenny Plummer-Welker explained that for different programs and services it would come from the applicable agency at the state level, citing for highway funds it would come from the Maryland State Highway Administration and that each agency would disperse funds statewide based on population.

Plummer-Welker was appointed by the commissioners to be Calvert’s point of contact on a Complete Count Commission, a group focused on conducting census outreach and promotion activities in Calvert County. The commission will include representation from county agencies, citizen associations, civic associations, clergy, educators, municipalities, non-profit organizations, students, and the Census Bureau.

With more than 300 days away from April 1, 2020 – Census Day, Osberry said the bureau is currently in Phase 1, establishing where to count or canvass, but that should wrap up by October. The effort to determine where to canvas requires the census to work with the post office and planning and zoning to identify new subdivisions and new businesses

Phase 2 is devoted to educating and motivating people to respond and is running concurrently with Phase 1.

“Part of the education phase is to let people know, we’re not going to ask for a social security number,” Osberry said, suggesting people to be guarded if asked to provide it. He later noted that information that is provided is private.

Phase 3 is the actual count of the population which will begin mid-March 2020. This year the census will be available for completion by phone, online, traditional mail-in and enumeration.

Osberry said Maryland’s response rate for 2010 was 24% but went up to 76% after follow-up enumeration. He acknowledged that how people access information had changed since 2010 and with the trend of mobile usage rising, the agency is offering the online version for the first time.

Traditionally, children under age five, those between 18 and 24, veterans, immigrants, non-English speakers and persons with disabilities are historically undercounted groups in the census.

The final phase is the release of results in December 2020 to the U.S. President. The states will receive the data by the end of the first quarter of 2021.

By the end of the second quarter of 2021, the results will be released to the public.

In addition to determining the allocation of funds, the census is important in determining the redistricting of state and county voting districts, where to locate businesses and government services.

Osberry said, “It’s about apportionment. Come 2021, the data obtained from the census will be reviewed. Seats for Congress will be reapportioned based on the counting for the census.”

“It’s not just the numbers,” Commissioner Earl Buddy Hance (R) said, likening this effort to the “Ag Census” which he worked on as former Maryland Secretary of Agriculture to get a count of U.S. farms and agricultural workers. “It’s what vitally important. That is hard to get across to individuals to take your time to fill out the form.”