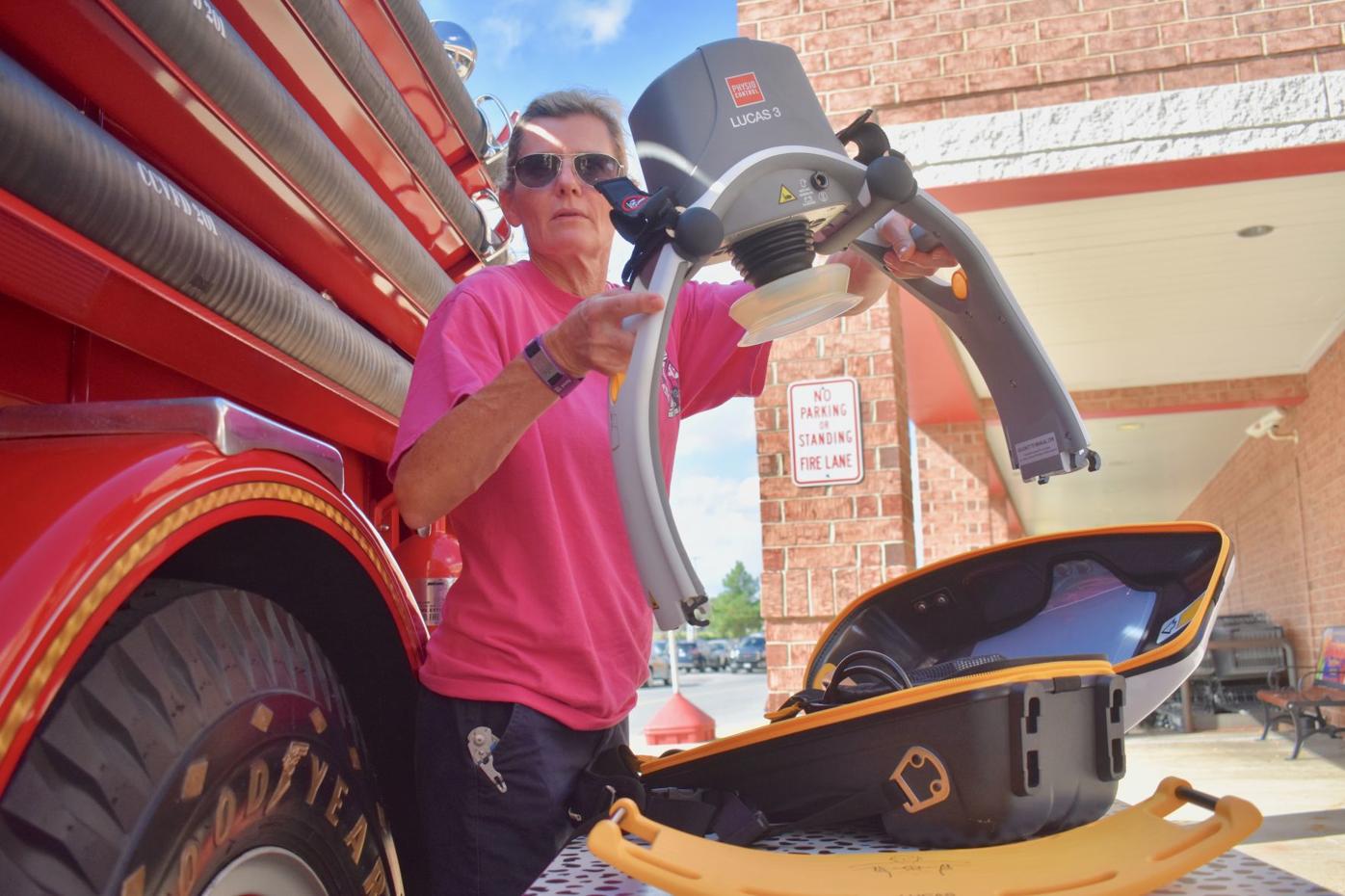 Solomons Volunteer Rescue Squad and Fire Department EMS Lt. Alison Dickson demonstrates how to use a Lucas, a fully automated CPR machine, during an event Wednesday in which the three Southern Maryland volunteer fire departments received more than $70,000 worth of lifesaving equipment. 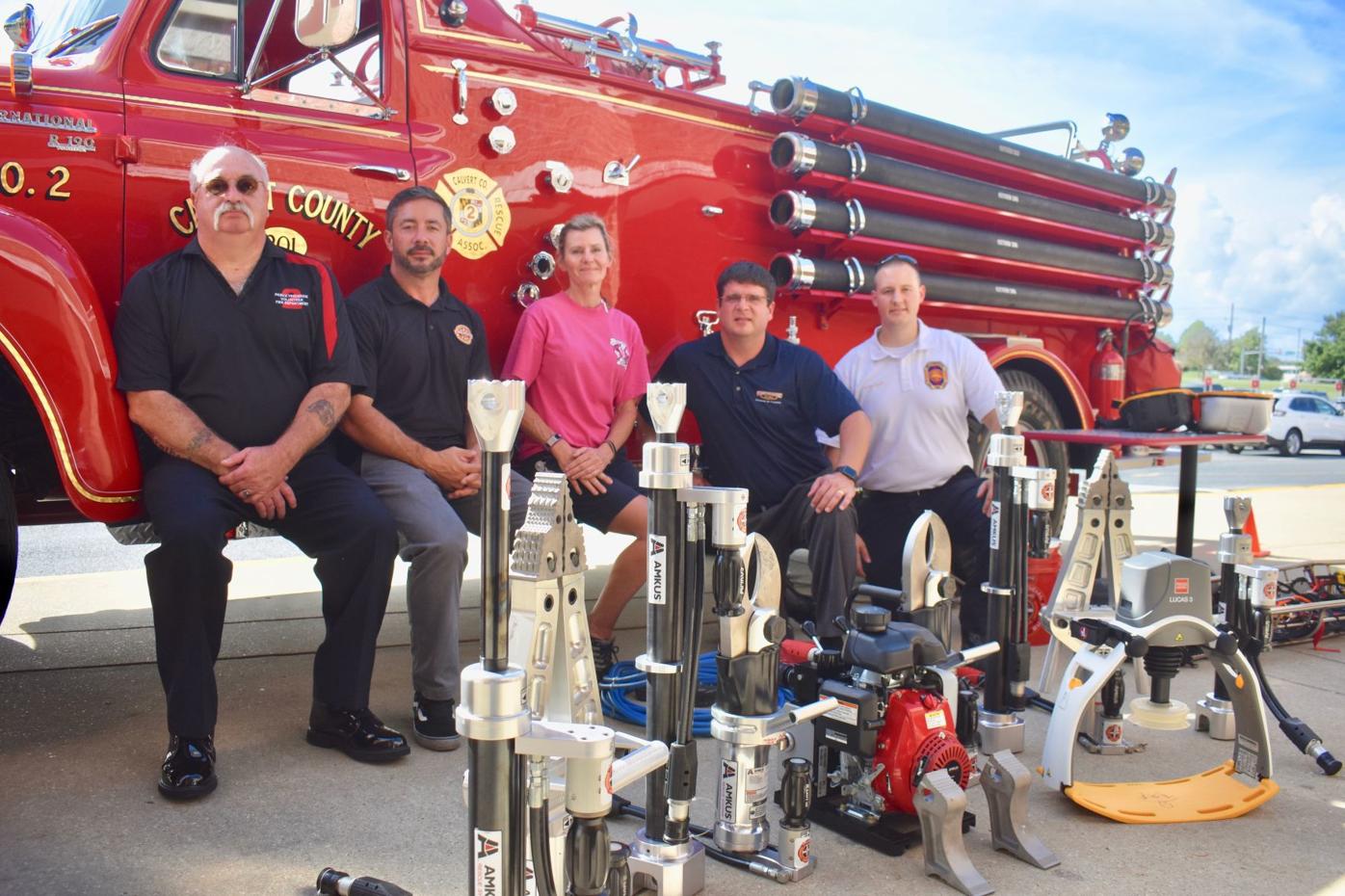 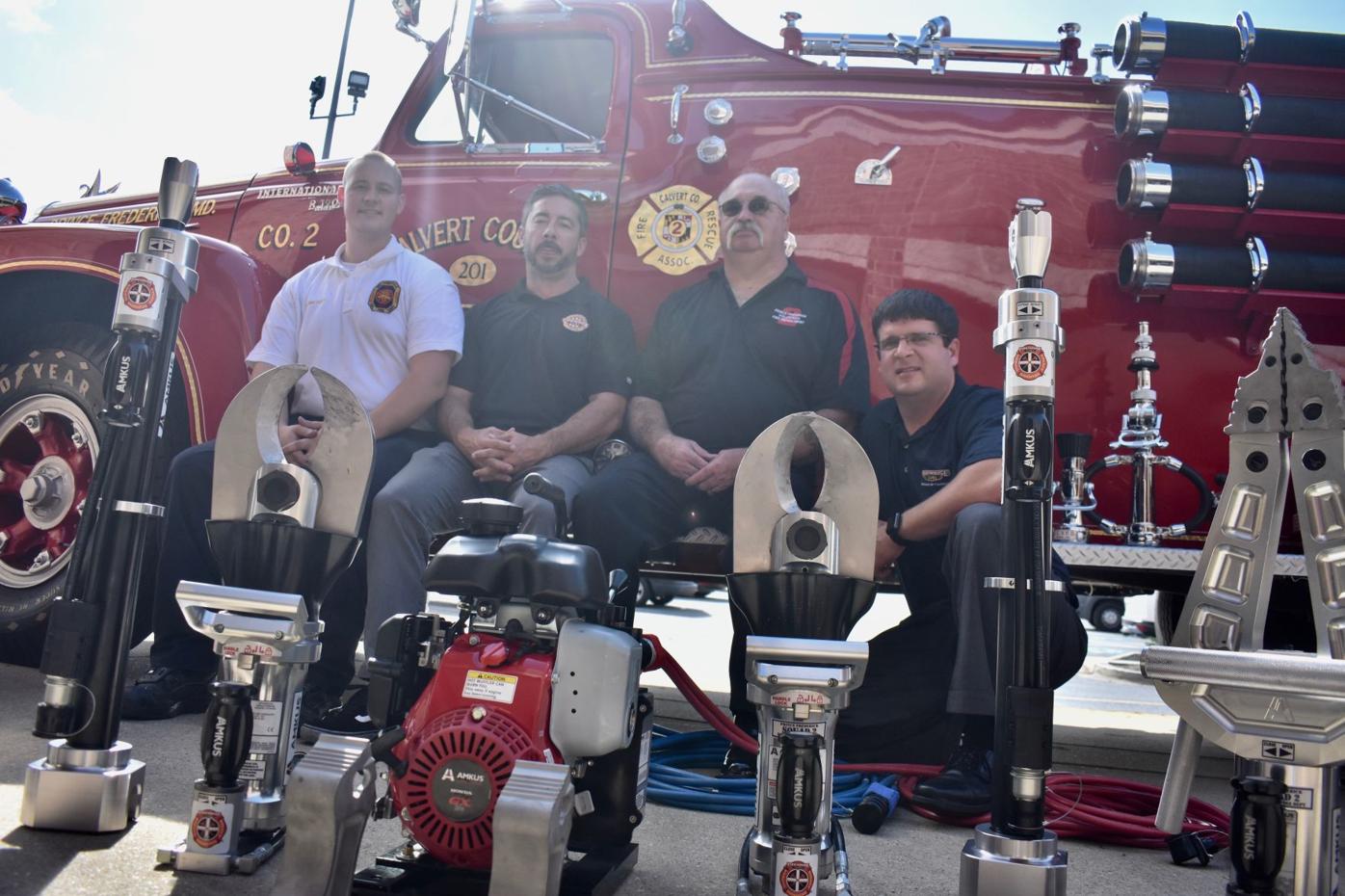 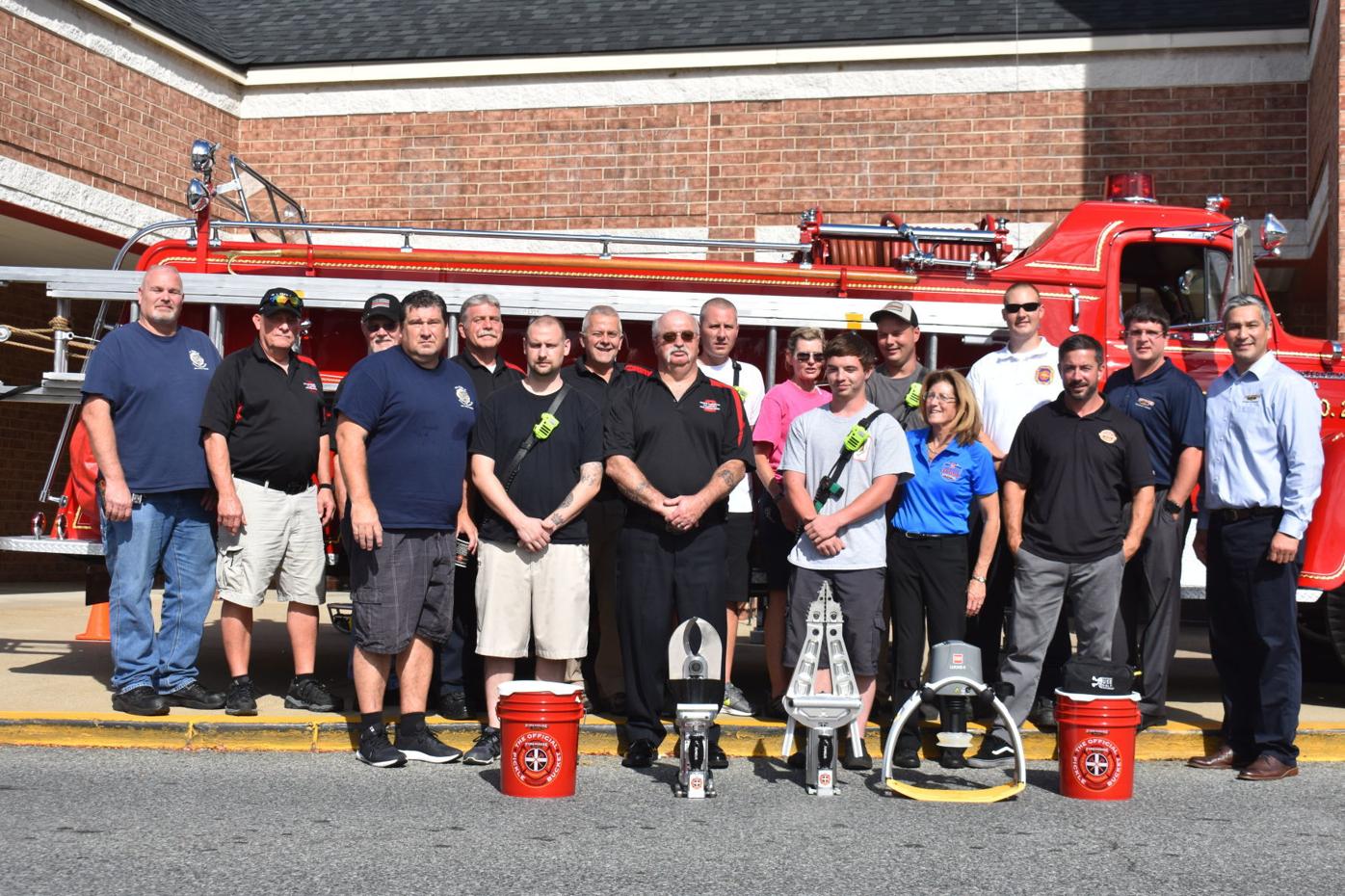 Solomons Volunteer Rescue Squad and Fire Department EMS Lt. Alison Dickson demonstrates how to use a Lucas, a fully automated CPR machine, during an event Wednesday in which the three Southern Maryland volunteer fire departments received more than $70,000 worth of lifesaving equipment.

“The grant [from Firehouse Subs] helps free up more money for us for other ventures because this covered half of the price for these state-of-the-art rescue tools for vehicle extraction,” Prince Frederick Volunteer Fire Department Chief Fred Holzberger said Wednesday at a live demonstration event at the Firehouse Subs Restaurant in Prince Frederick.

From the foundation, Holzberger’s department got extrication equipment worth $30,000 that will allow first responders to cut through materials and reach car accident victims in need of medical attention.

“This is a lighter product, more cutting and more spreading capabilities. And there’s just a lot more capabilities with this,” Holzberger said Wednesday. “It’s a big step up.”

At the southern end of Calvert, the Solomons Volunteer Rescue Squad and Fire Department received three Lucas fully-automated compression systems valued at nearly $35,000. The CPR devices will help first responders deliver uninterrupted chest compressions at a constant rate and depth to patients in cardiac arrest and improve the patients’ chances of survival.

“Having a Lucas [system] on each of our three ambulances means a lot to the department because we are the furthest company from the hospital and the busiest company in the county,” said Solomons EMS Lt. Alison Dickson, who noted her company answers more than 300 calls a month.

Dickson said the difference between the fully-automated Lucas system and doing manual CPR is night and day.

“The machine makes perfect compressions, both on depth and in timing, and there’s no breaks. So it allows the medics to perform their lifesaving measures and establish definitive airways without stopping CPR for any reason,” she said. “We’ve been on so many CPR calls, and the first thing we look for now before we even get on location is [to] make sure our Lucas device is ready to go.”

“As far as our department operations go, we wanted to increase our rescue capabilities, and we didn’t exactly have the budget to make that happen,” Mechanicsville VFD Rescue Capt. Perry Bryant said.

Bryant said the new rescue basket is about 50 percent lighter than the one the department had.

“As far as rescues go, either in a high-angle environment when we’re lifting straight up, it makes for an easier load on the roof system, as well as on the rescuers that are hauling them up, so it’s less effort there,” Bryant said. “And if we’re in a lower-angled evolution where we’re coming up a hill, it’s less weight for the rescuers to carry. It improves efficiency and makes for safer rescues.”

In addition to the money from the foundation, two Calvert fire departments recently received small grants from the Maryland Department of Natural Resources to help them buy new equipment.

The Prince Frederick Volunteer Fire Department received $3,000 from DNR to help pay for the cost of a new brush unit.

“The old truck is 16 years old and no longer meets the needs of the department,” said Michelle Sigona, the fire department’s public information officer.

The new brush unit that will have increased capabilities will allow the department to handle brush and wild land fire incidents in the county, Sigona said.

St. Leonard Volunteer Fire Department and Rescue Squad received close to $1,000 to help pay for equipment for a new Jeep, according to the department’s Assistant Chief Tommy Buckmaster.

Buckmaster said the previous 1992 Jeep was totaled about two years ago in an accident. The DNR grant will help cover the cost for the equipment on the Jeep. The new vehicle is used to respond to forest fires, which he said the department deals with about 10 times a year.