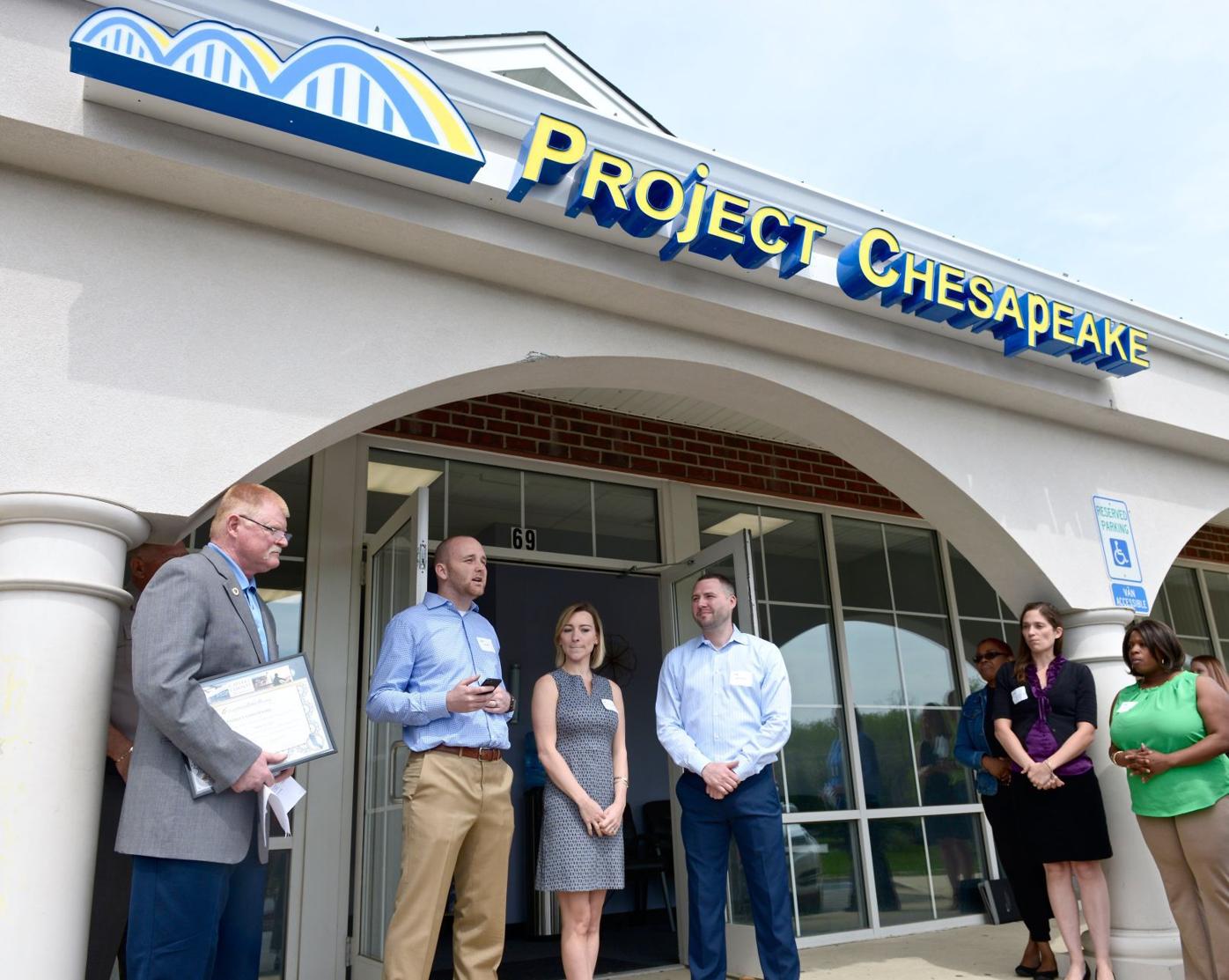 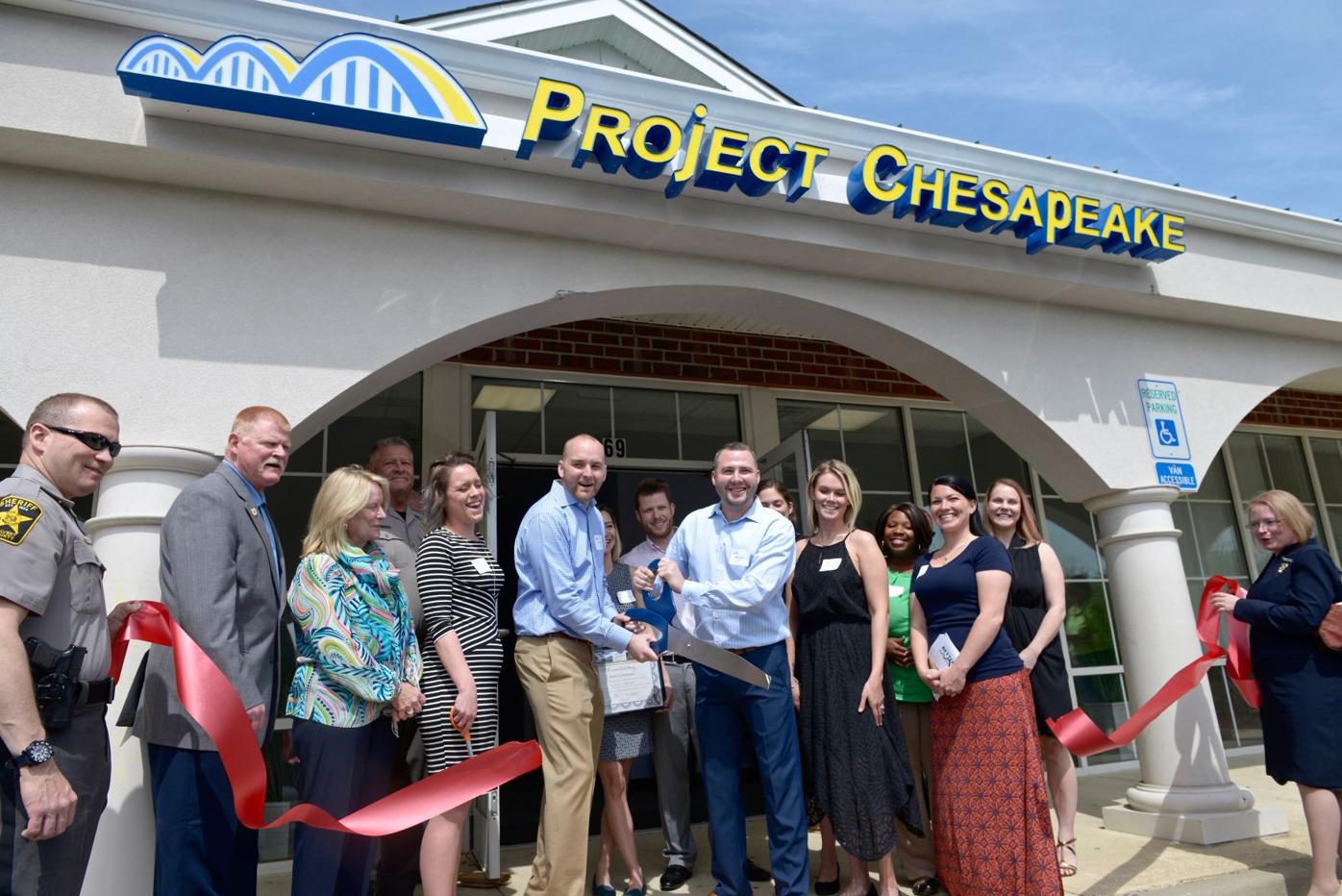 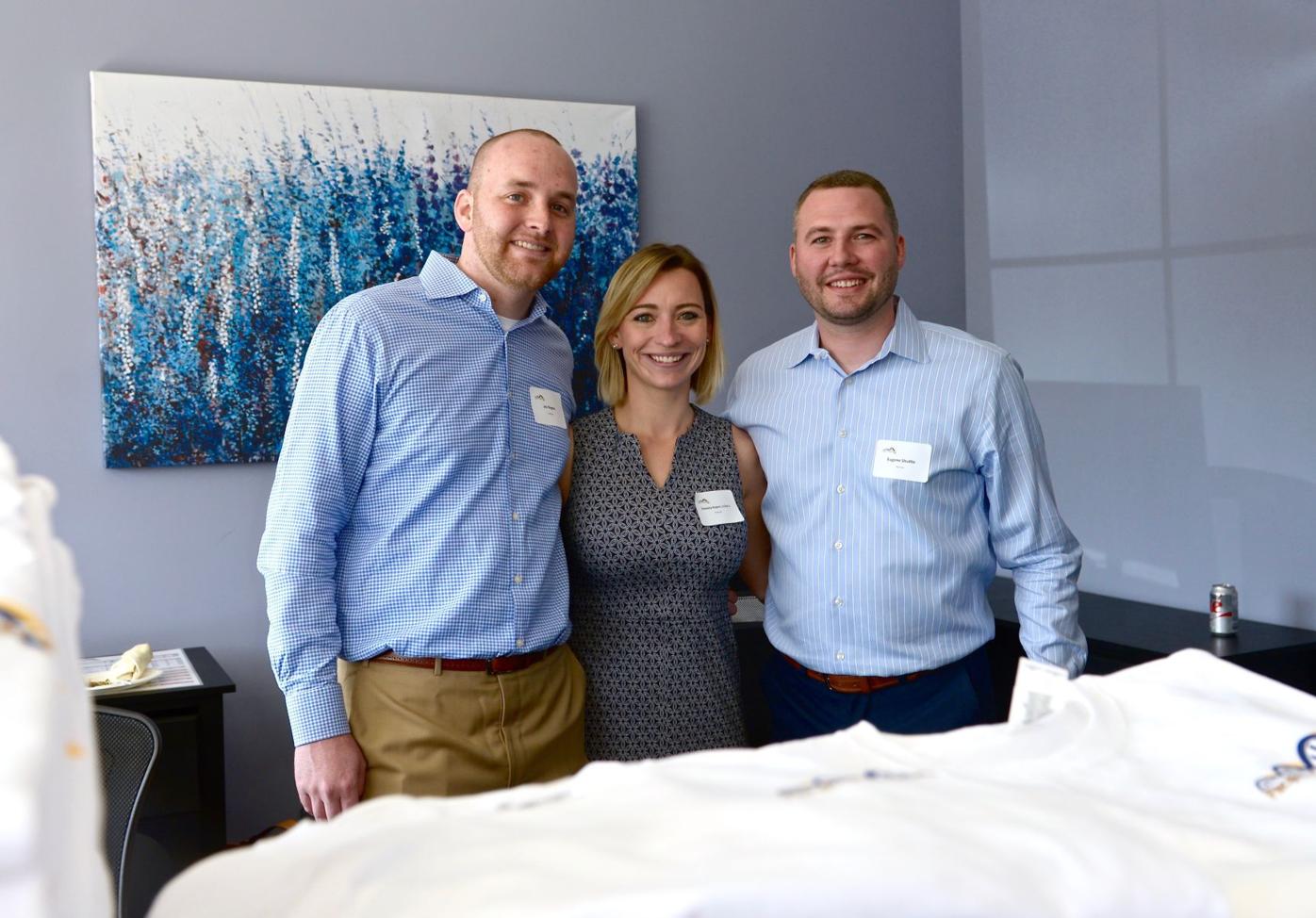 Joe, left, and Rebekha Rogers and Eugene Shuttle opened a Prince Frederick location of their Annapolis-based Project Chesapeake on April 13. The Leonardtown location opens Monday, and there will be an open house today, Friday, May 5. The organization offers addiction and mental health counseling.

Joe, left, and Rebekha Rogers and Eugene Shuttle opened a Prince Frederick location of their Annapolis-based Project Chesapeake on April 13. The Leonardtown location opens Monday, and there will be an open house today, Friday, May 5. The organization offers addiction and mental health counseling.

While the state legislature and governor bring more resources to bear on the problem of opioid addiction, a network of private clinics has been popping up around the state, including in Southern Maryland.

One such organization, Project Chesapeake, opened its first clinic in Prince Frederick on Monday, April 17, with plans to open the second Southern Maryland clinic location May 1 in Leonardtown. The Annapolis-based group also is planning a clinic somewhere in Charles County by the end of the year.

The outpatient mental health and addiction counseling clinic’s Prince Frederick location was welcomed with open arms on Thursday by a host of local officials at a ribbon cutting ceremony. The clinic already had five people on a waiting list for its public opening the following Monday.

“This is like a blessing and a curse all at once. It’s a blessing that they are opening this particular business, but it’s a curse that they have to open this particular business,” said Calvert County Board of County Commissioners’ President Tom Hejl (R) before the ribbon was cut on the new counseling office at 69 Sherry Lane. “We all know that we have a serious [opioid] problem in Calvert County, as we do in the state of Maryland and all across this country.”

Hejl also wished the business well, but not too well.

“I hope your business flourishes, to a point,” he said to a round of knowing chuckles.

After the ceremony, Calvert County Circuit Court Administrative Judge Marjorie L. Clagett, who was instrumental in getting the county’s drug court up and running a few years ago, said she’s glad to see more drug addiction resources coming into the region.

“It’s sad that we need to open more of these facilities, but we are in desperate need of facilities such as Project Chesapeake,” Clagett told The Calvert Recorder. “We need outpatient resources right down the street from our courthouse, so it’s going to be very convenient. To be able to have that resource, literally a stone’s throw from the courthouse, is going to be helpful to the courts.”

Project Chesapeake got its start in September 2014 after Rebekha Rogers, a licensed social worker, was working with a foster care program in Baltimore and saw that opioid addictions were being passed down from parents to children.

“A lot of the kids who were in foster care, their parents were addicts,” Rogers said. “It trickled down to these kids. It made me think that we should get [to] the parents before it becomes a problem with the kids.”

A couple of years after opening the first Project Chesapeake office in Annapolis, Rogers got help from her husband, Joe, and friend Eugene Shuttle to begin expanding. Joe Rogers had been working in commercial real estate and Shuttle worked at Deutsche Bank. They both put their careers aside and set to work.

“In March of 2016, we only had one office in Annapolis,” Joe said. “Here we are a year and a month later, we’ve got now Annapolis, Brooklyn Park, Elkton, here (Prince Frederick) and Leonardtown [on May 1]. We’ve gone from one to five offices in a year.”

He said they’ve been targeting areas of the state with fewer health resources to bring private addiction and mental health counseling where it’s needed.

“We went to Cecil County, in Elkton, and there were no providers. People had to drive two hours to get help. So we started looking out in the [rural] areas, like Leonardtown,” Joe said.

“The goal is to have Queen Anne’s and Kent [counties] and Charles County] by the end of the year,” he added.

The clinics offer multi-week group and individual therapy in adult and adolescent substance abuse as well as DUI/DWI education ordered by courts. The clinics also offer mental health, anger management and domestic violence sessions and a “psychiatric rehabilitation program” to help people function as independently as possible, according to a brochure.

“On the surface, we’re an outpatient behavioral health counseling facility,” Shuttle said, summing up the breadth of the services offered. “Like [Rebekha] said, we like to go into communities that have a lack of resources and provide the resources that are needed.”

The clinic will have a 12-passenger van to provide free transportation to the clinic, and it’s a point of pride, Joe said, that they do everything possible to schedule counseling appointments the week the request is made, even sometimes that same day.

“If we ever get to the point where we can’t take more people quickly, we’ll hire more staff or get more space,” he said.

“We try not to turn anyone away,” Shuttle added. “We accept all insurance — state insurance. We’ll operate on a sliding scale if someone can’t get insurance. So our goal really is to serve everyone that walks in the door and not turn anyone away.”

Project Chesapeake isn’t a methadone clinic for opioid addicts, Rebekha said; rather, it’s a counseling center that can also connect patients with other services as needed.

“We don’t do methadone, but at our Brooklyn Park location we do prescribe suboxone,” she said, pointing out they have a doctor on staff at that location. “We also do psyche meds there. The health department here [in Calvert County] does suboxone, so we would link with them. We want to have partnerships with other community resources.”

Hejl, who saw a lot of problems caused by drug addiction before retiring from a long law enforcement career, told the crowd gathered for the ribbon cutting that he was “ecstatic” to see Project Chesapeake opening in Prince Frederick.

“We need our society to get back to being clean and productive,” he said. “It’s very disturbing that we have to have things like this, but I’m ecstatic you all are here.”