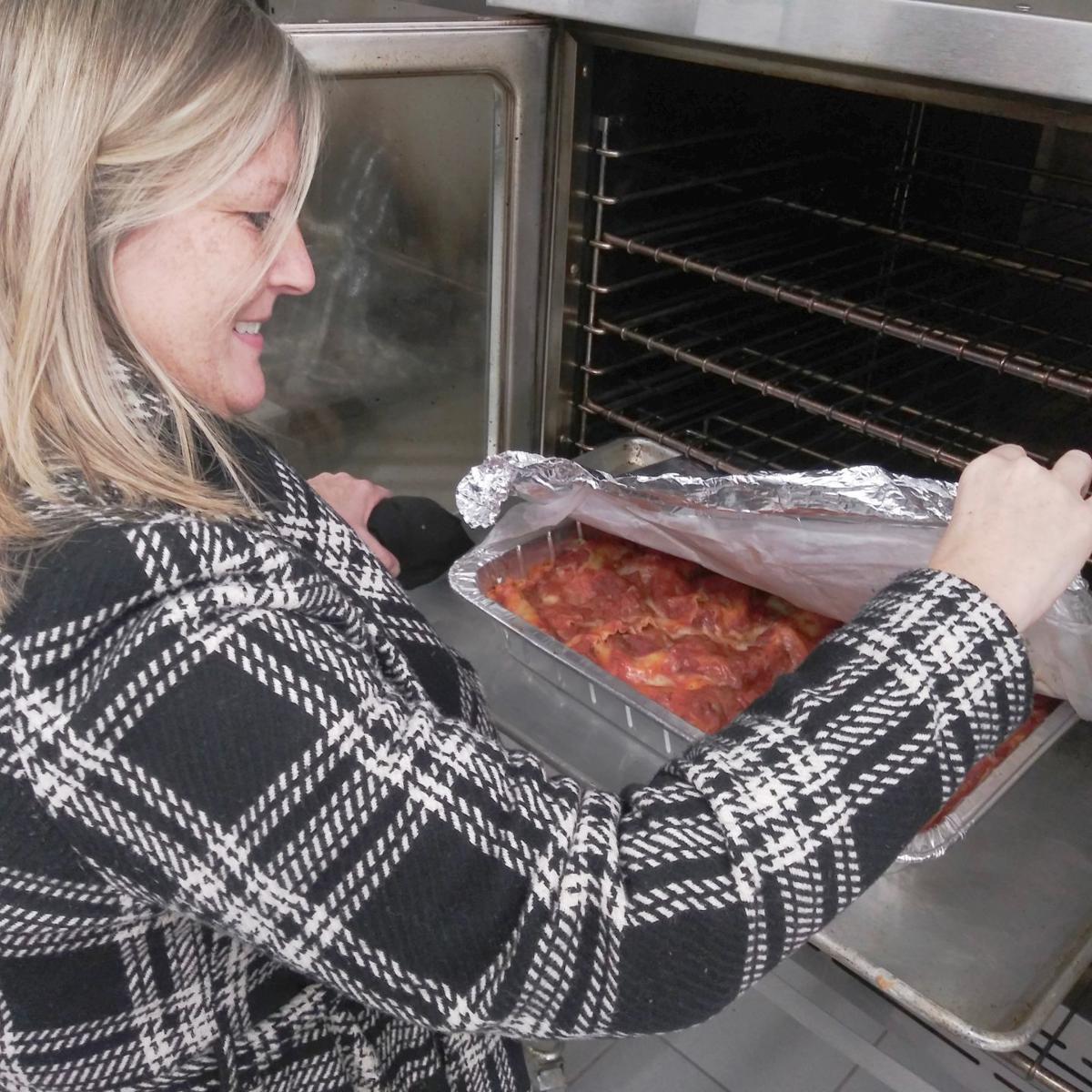 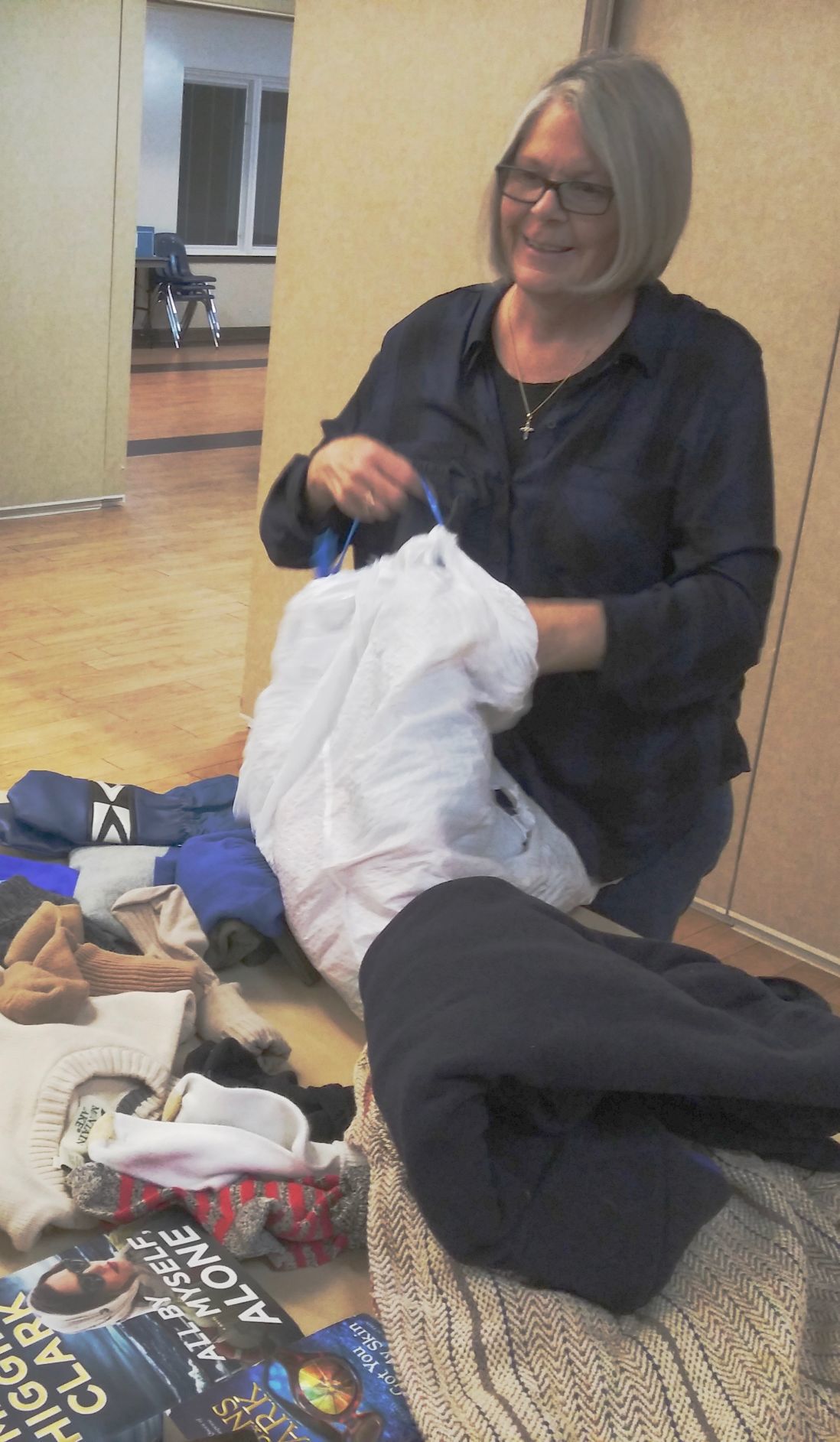 With those words, volunteer Gwen Haigood described what she has learned over the past five years volunteering with Safe Nights, a church-led nonprofit program that provides homeless people with a place to stay and three meals from 7 p.m. to 7 a.m.

Eighteen churches will host the homeless for one week each.

St. John Vianney Catholic Church was first on the schedule.

St. Leonard resident Rose Thompson brought a vegetable salad Monday evening, and was assisted by her 23-year-old son, Brendan Thompson, who was home for a week on leave from the Coast Guard before heading to Elizabeth City, N.C., for aviation maintenance technician training.

Thompson called Safe Nights “wonderful. It’s a great thing. I feel for the people who have no place to go.”

She and her son are just two of the 137 volunteers who help with St. John Vianney’s week.

There were nine homeless the first night — eight men and one woman — but 13 were scheduled the second night.

Participants are offered gloves, coats, hats, and toiletries, along with a hot meal for supper, breakfast, and a sack lunch.

Safe Nights was the brainchild of the Rev. Peter Daly, a former pastor at St. John Vianney.

“He was very conscious of the needy,” Haigood said.

Lori Hony, executive director of the Project Echo shelter in Prince Frederick, said Safe Nights grew out of the overflow from the shelter, which was founded in 1994.

Daly recruited the husband and wife team of Joe and Mary Ann Zaversnik to organize Safe Nights as a pilot project in March 2008. It grew from there.

And the need hasn’t subsided.

Haigood said there are tent cities all over Calvert County, including three that she knows about, including two in Prince Frederick and one in Lusby.

It couldn’t happen without volunteers.

Chris Halt, this year’s president of a nine-person board of directors, said volunteers help with monitoring shifts from 7 p.m. to 1 a.m. and 1 to 7 a.m. Others help with transportation, food preparation and service, menu planning and contributions of toiletries and bedding.

“I believe that it’s important that we are the hands and feet of Christ,” she said. “All lives matter to God.”

In addition to its Safe Nights week, St. John Vianney also hosts Safe Sundays during the day at the church because the library and On Our Own, a wellness and recovery day program, are closed on Sundays.

In general, sex offenders and those with active warrants are not accepted, along with those who have domestic violence convictions, Halt said. Exceptions are made on a case-by-case basis by the board of directors. Some factors that are considered include how long ago the offense was, how many offenses and what the circumstances were.

Donations to help with program costs can be sent to Safe Nights of Calvert County, P.O. Box 3707, Prince Frederick, MD 20678. Homeless applications can be taken over the phone by calling 443-486-8670.