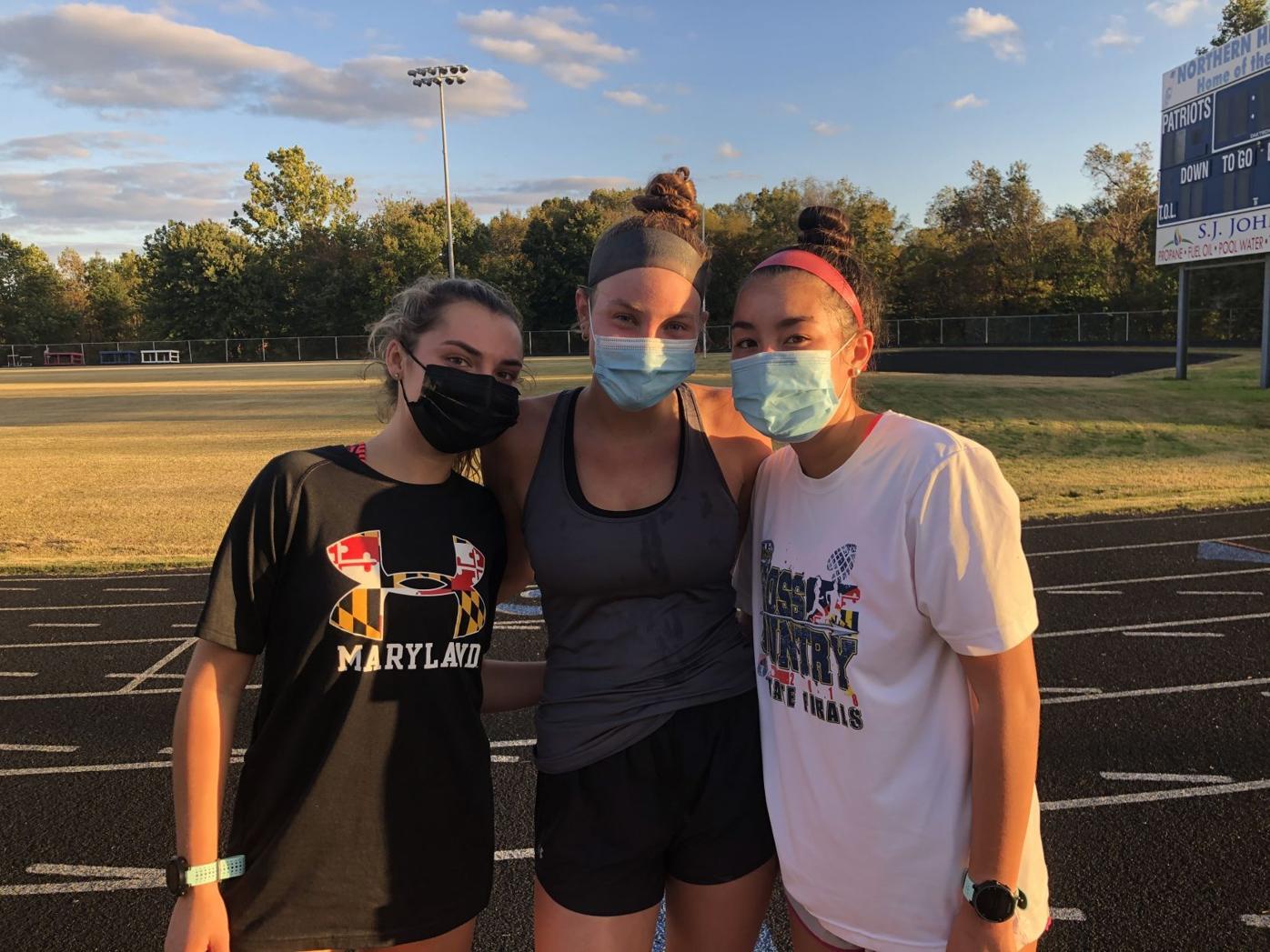 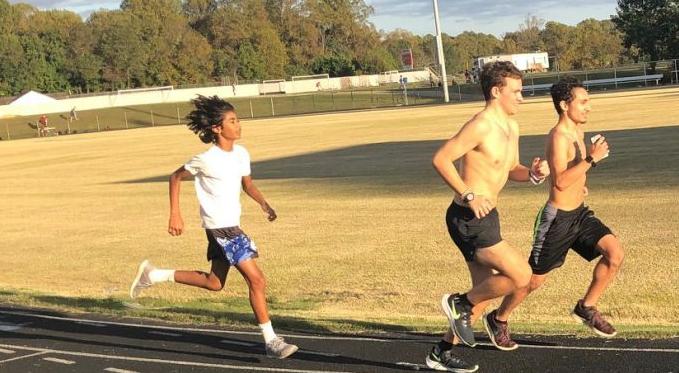 Several members of the Northern High School cross country team take laps around the track on Tuesday afternoon as the Patriots ushered in their first day of fall sports conditioning and workouts.

Several members of the Northern High School cross country team take laps around the track on Tuesday afternoon as the Patriots ushered in their first day of fall sports conditioning and workouts.

Although it might have been two months later than usual and considerably less hectic than most would have expected, coaches and athletes who convened at Northern High School on Tuesday afternoon for the first day of fall sports conditioning and workouts found the outing beneficial on several levels.

With the high school sports seasons still in limbo across the state, Calvert public schools were the first to vault into fall sports conditioning and workouts on Tuesday. St. Mary’s County schools are in the midst of spring sports scrimmages, while Charles County schools are only in their second full week of conditioning and workouts, something Calvert concluded last Friday.

Not only are the three counties that comprise the Southern Maryland Athletic Conference on three different time frames, they are playing by dramatically different rules. While St. Mary’s schools began scrimmages this week and Charles schools can use balls, gloves and sticks, Calvert County athletes are still confined to simply running and weightlifting.

Of course, for the coaches and athletes on the Northern cross country team, competing sans various equipment is par for the course. Amid ideal conditions on Tuesday, especially for those runners accustomed to preparing for the region and state meets normally contested this time of year, Northern coach Josh Dawson and his seniors were pleased to be together again.

“For me, especially with this group, I know they’re conditioned because they’ve been running since last spring,” said Dawson, whose girls cross country team is the reigning 3A State champions. “But it’s good to see the kids again. I’m glad they have a chance to interact with each other for 90 minutes each day, especially since schools are not open yet.”

Northern senior Hannah Mack, who has emerged as the Patriots top returning track athlete after reigning 3A girls state cross country champion Oakley Olson and her family moved to Utah this summer, was among the dozen girls on hand for the first days of workouts. Mack has been conditioning since the outdoor season was nixed last spring and remained poised for the 2021 slate.

“I’ve been running quite a lot all summer,” Mack said. “But it’s good to be back on the track with the other girls and continue to build some team bonding. Ever since I was a freshman on the team, I’ve always looked up to the seniors and tried to follow what they did. Now that I’m one of the seniors, I want to push the younger girls and they help motivate me to get faster.”

Fellow Patriots senior Sam Foltz is also glad to be back on the track conditioning with his teammates and eager to face some competition from various SMAC teams in the spring.

“I think me and the other guys on the team are already motivated to compete against some of the other schools, especially Huntingtown,” Foltz said. “But there are a lot of good runners in SMAC. I just hope we get to have a season in the spring.”

Northern seniors Abby Setzfand and Anna Finn were also pleased to be out on the track running with their teammates and hopeful that at some point the indoor, outdoor and cross country seasons will take place.

“It definitely feels like it’s for real again being out here on the track,” Finn said. “I was happy to see all the girls again. We’re just hoping to be able to have some meets.”

“It’s been a lot different this fall, but I think being out here together gives us a lot of motivation to get faster,” Setzfand said. “We’ve been training hard for a while, but it’s better to have everyone out here together.”