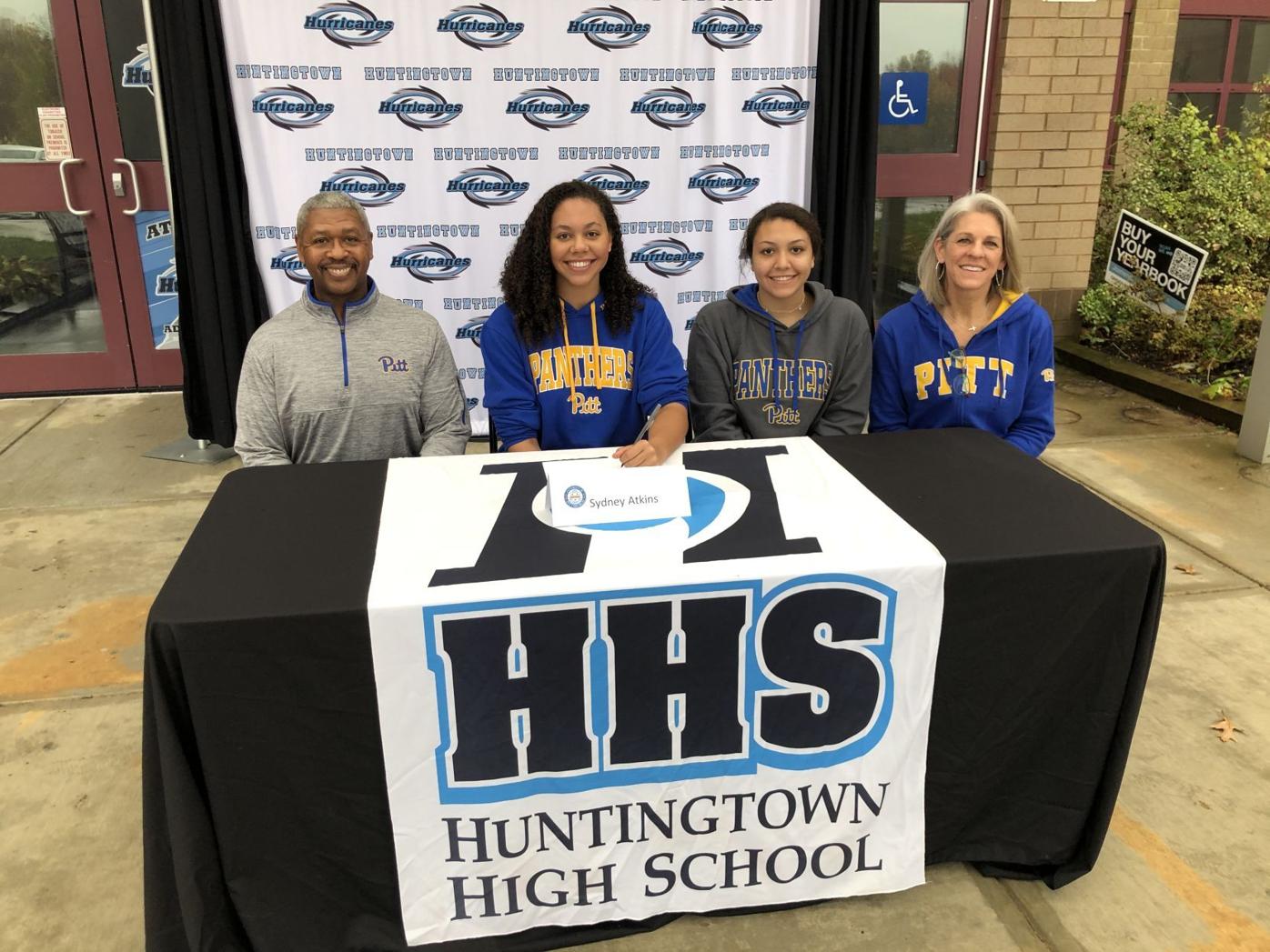 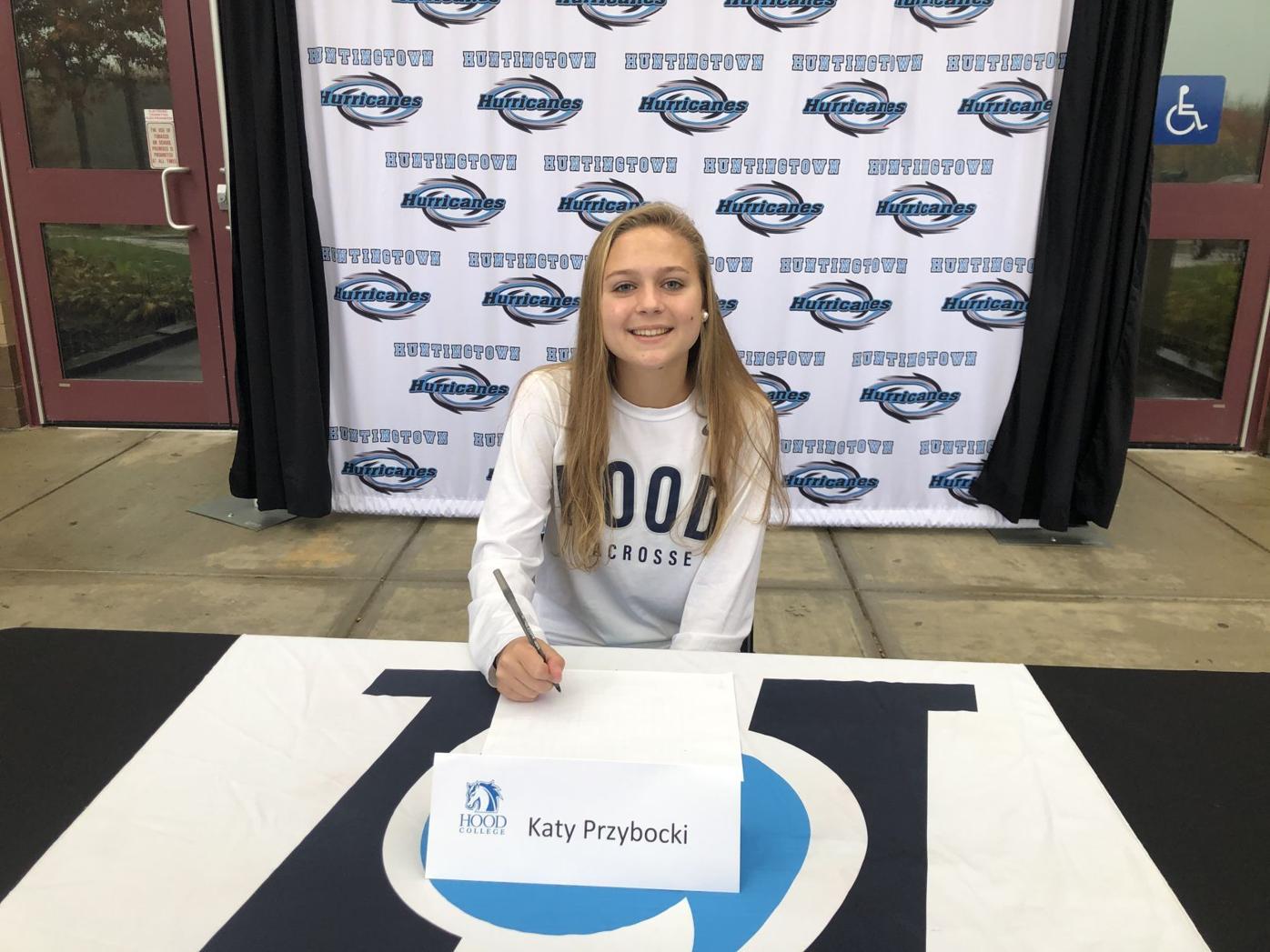 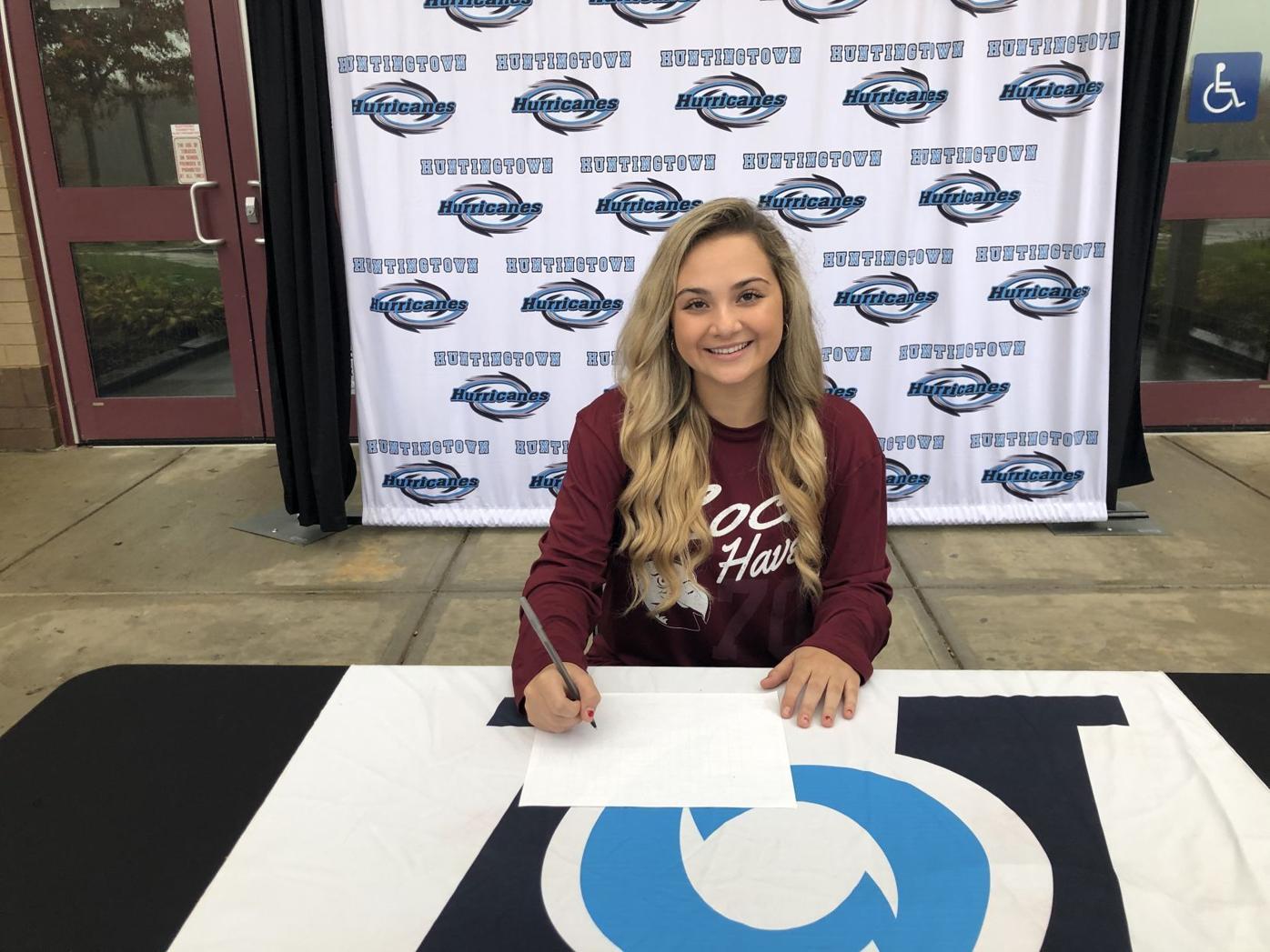 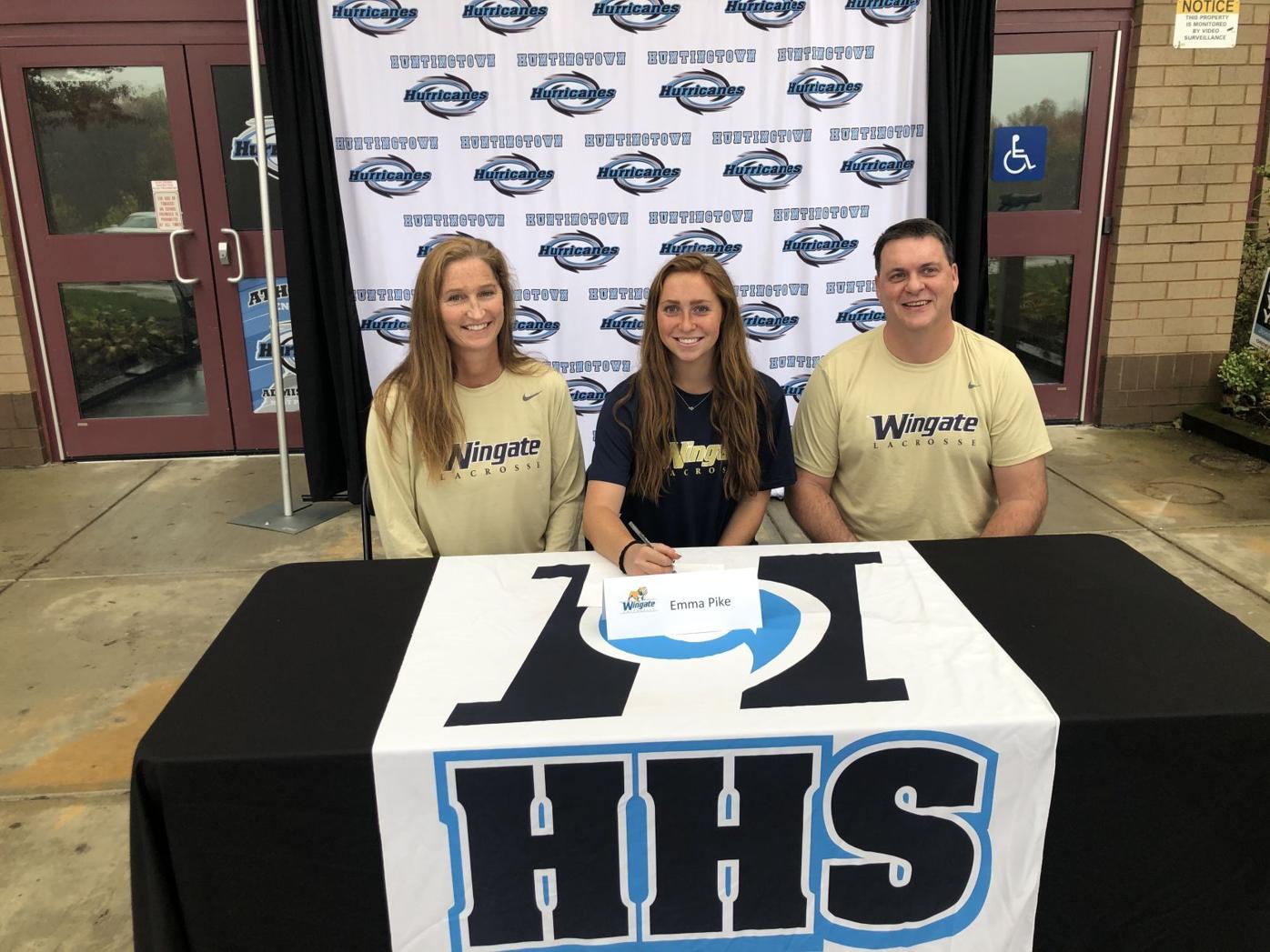 Steady rains on Wednesday last week may not have offered the ideal backdrop for those eight Huntingtown High School seniors who took part in the school’s National Signing Day ceremonies held just outside the gymnasium entrance, but for the athletes and their immediate family members on hand no amount of precipitation could dampen their enthusiasm.

Atkins, one of the top swimmers in the Southern Maryland Athletic Conference since joining the Hurricanes as a freshman, signed her letter with Pitt where she is looking to have an immediate impact for the Panthers. Atkins already holds two individual records at Huntingtown but admitted she would like to lower both when the winter season gets under way in January.

“I’m so excited to be signing and swimming for Pitt,” Atkins said. “I’ve always wanted to be part of a division-I program. They have a great program and great academics. I really hope that we get to have a senior year. I would love to be able to break my team records in the 100 free and 100 back and help our relays win.”

Bracero is headed to Division II Florida Southern for women’s basketball, but before she departs she would like to help the Hurricanes capture SMAC, region and state titles this winter during the condensed high school season.

“I’m happy to be able to sign,” Bracero said. “They have a really good Division II program. I really liked the campus and I liked the coaches. I’m hoping that we can have a season this winter. My only goal is to bring home a state title, the first one for the program here.”

McCarthy, who is headed to Barton College for men’s lacrosse, took part in the ceremony with his mother, Joy McCarthy, younger brother, Carson McCarthy, and younger sister, Carly McCarthy. His father, Kris McCarthy, a 1985 DeMatha High School graduate, passed away at the age of 45 in 2012.

“There were a few schools that I was considering, but once I visited Barton I just fell in love with the campus,” McCarthy said. “Now, I’m just hoping that we get to have a spring season. We were going to have one of the best teams in the state last year. We graduated a lot of seniors, but our goal this year is still the same — nothing less than a state championship.”

“It’s been great playing with a lot of these girls the last four years and having all of us sign on the same day,” Emma Pike said. “We’re all really close. We’re like a family. I’m really hoping that we get to have a senior season. Even if we just play SMAC schools, it will be great to have a season this year.”