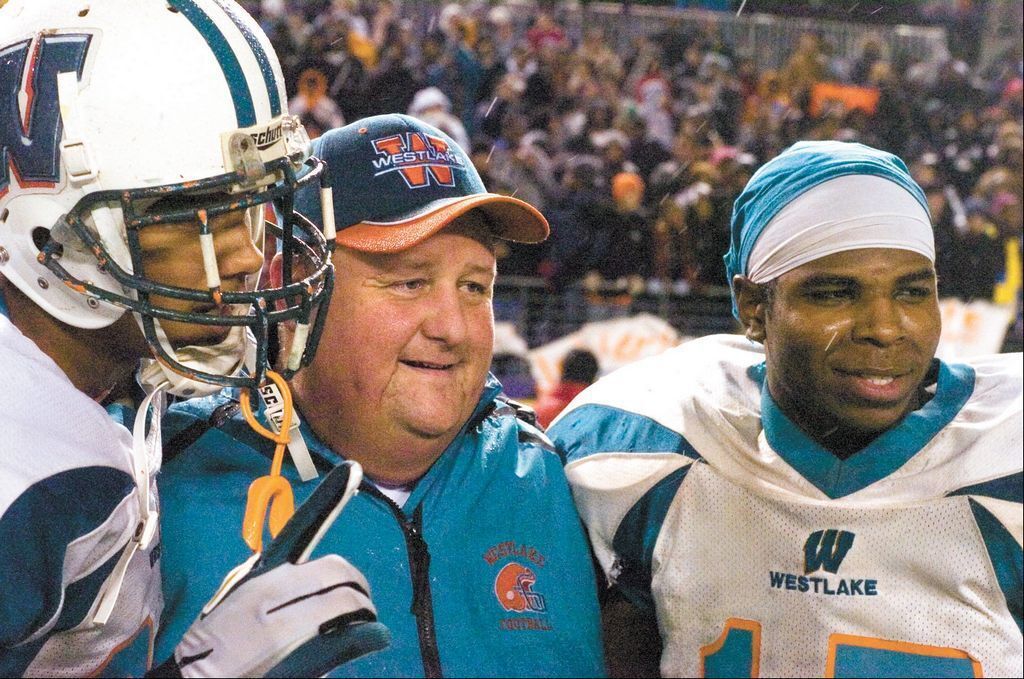 Dominic Zaccarelli, surrounded by Brian Richards, left, and Evan Harris after the Wolverines’ 2008 Class 3A state title. Zaccarelli was the football coach at Westlake High School from 1993-2012. 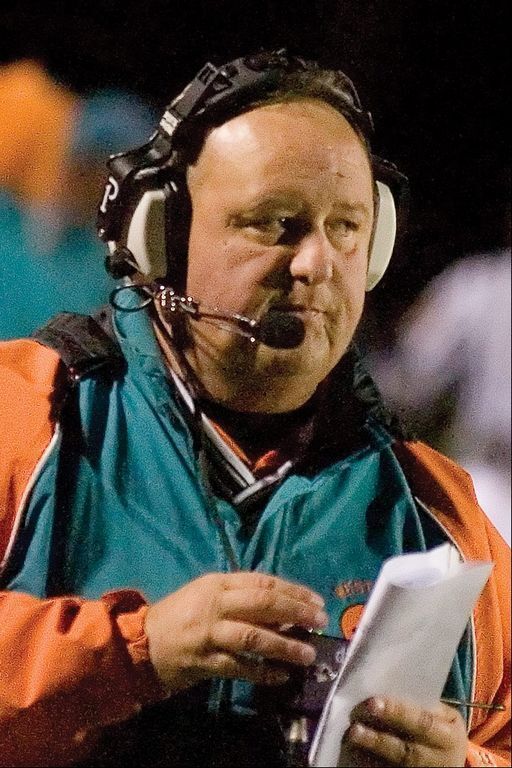 Dominic Zaccarelli stepped down as the head football coach for Westlake High School in 2012, but remained on as the athletic director.

Dominic Zaccarelli, surrounded by Brian Richards, left, and Evan Harris after the Wolverines’ 2008 Class 3A state title. Zaccarelli was the football coach at Westlake High School from 1993-2012.

Dominic Zaccarelli stepped down as the head football coach for Westlake High School in 2012, but remained on as the athletic director.

Longtime Westlake High School athletic director and former head football coach Dominic Zaccarelli died on Tuesday morning from complications of COVID-19, leaving behind a legacy of cherished memories from those who knew him well.

Zaccarelli, a 1982 La Plata High School graduate who was set to turn 57 on Feb. 25, passed away on Tuesday morning while his wife, Kris, returned home on Tuesday night after battling the coronavirus. Zaccarelli spent 19 seasons as the head football coach at Westlake, guiding the Wolverines to a 148-34 mark overall that included the 2008 3A State championship. He was also the school’s athletic director for the past 25 years.

His son, Tony Zaccarelli, is the current head football coach at Westlake, where he was a 2008 graduate and spent years on the sidelines as a youngster before donning a Wolverines’ jersey. Tony Zaccarelli recalled his early days as the water boy for the football team when he began counting down the days when he could play for his father at Westlake.

Brad Criss, Thomas Stone High School athletic director, was clearly choked up while speaking about Zaccarelli’s passing on Tuesday afternoon. During their years of interacting, Criss gained a great appreciation for the time and effort that Zaccarelli put into being an athletic director and commended him for his tireless, selfless dedication to the job.

“Dom was really a great person,” Criss said. “He was always willing to do whatever he could to help the kids and make things better for anyone who played sports in Charles County and throughout the Southern Maryland Athletic Conference. He would do anything you ever needed to help. His loss is going to provide a big void that will be tough to fill.”

Andy Shattuck, North Point High School athletic director, recalled his early days on the job and being stunned that Zaccarelli would reach out to him to offer any guidance and assistance he could to make his job less stressful.

“I think the first time I spoke to him was maybe my second day on the job as athletic director here at North Point,” Shattuck said. “He and Steve Lee [the school system’s head of athletics] both reached out to me to see if they could provide any help. Of course, I gladly accepted. Dom always knew how to get things done and he always looked out for the athletes, not just at Westlake, but throughout Charles County.”

Westlake boys basketball coach Ed Mouton also spoke highly and fondly of the late athletic director. Mouton, who spent two seasons as an assistant coach at Westlake before attaining the head coaching job, praised Dominic Zaccarelli for his support of the coaches and student athletes at the school.

“One thing about Dom was he always looked out for his coaches,” Mouton said. “If there was ever any issues, he was right there to back the coaches. He was well-liked and well-respected throughout the SMAC and the entire state. He really was a living legend in the building. He was always upbeat and you knew he was always going to be right there at every home game.”

“There was never any doubt that ‘Zac’ would do everything for his coaches and his athletes,” Ball said. “He was there every day and weekends making sure everything was just right. He never seemed to have a bad day. He was always very supportive of me and my coaches and my players. When I wanted to leave and take the North Point job, he could have blocked it. But he told me that if that’s what I wanted then he was all in favor of it.”

Michael Locksley, the head football coach at the University of Maryland, tweeted his condolences on Tuesday: “My heartfelt prayers go out to the Zaccarelli family and all of those that he impacted so profoundly, including Terp great Randy Starks. He was the legend of Southern Maryland and Westlake High School. His presence and friendship will surely be missed, but never forgotten. Rest in Peace Coach Zac.”

Longtime Westlake High School track coach Beth Shook had worked with Zaccarelli for over 20 years and will always remember the late coach and athletic director for his generosity and unwavering support for high school athletes throughout the region.

"One thing about 'Zacc' was he always put the kids first," Shook said. "He made everyone he met feel like a member of the family. It wasn't just coaches and kids at Westlake, he looked out for countless athletes from across the SMAC. There were countless times when coaches from other high schools called looking to get some help for one of their athletes getting into a college and 'Zacc' would always put them in contact with someone that could help get that kid a scholarship. He always had the best interests of the kids in kind. He's going to be missed by a lot of people in the community for a long time."

In addition to his wife of 37 years, Kris, and son Tony, Dominic Zaccarelli leaves behind two daughters, Carolyn and Rachel, both of which were also Westlake alums.