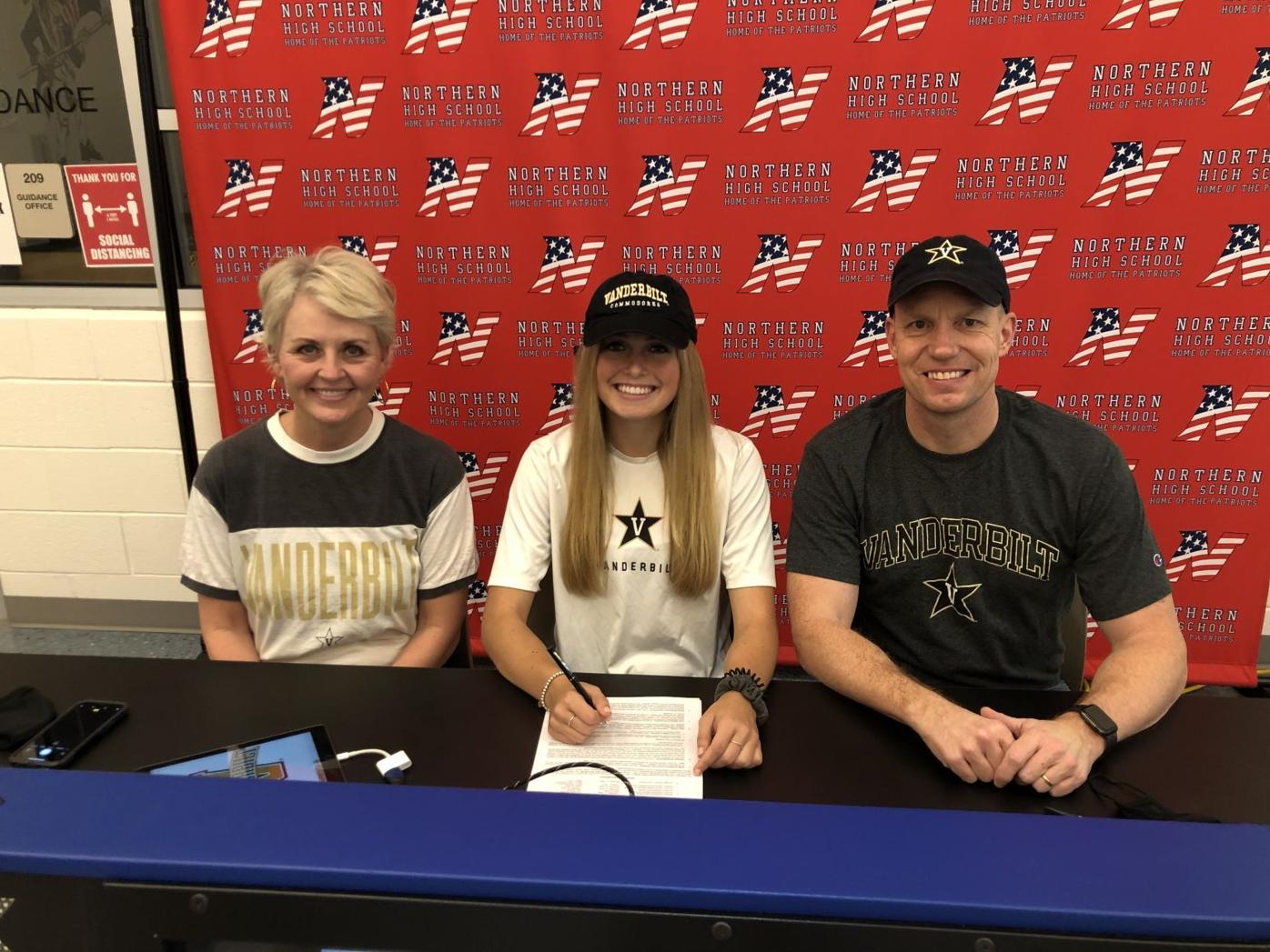 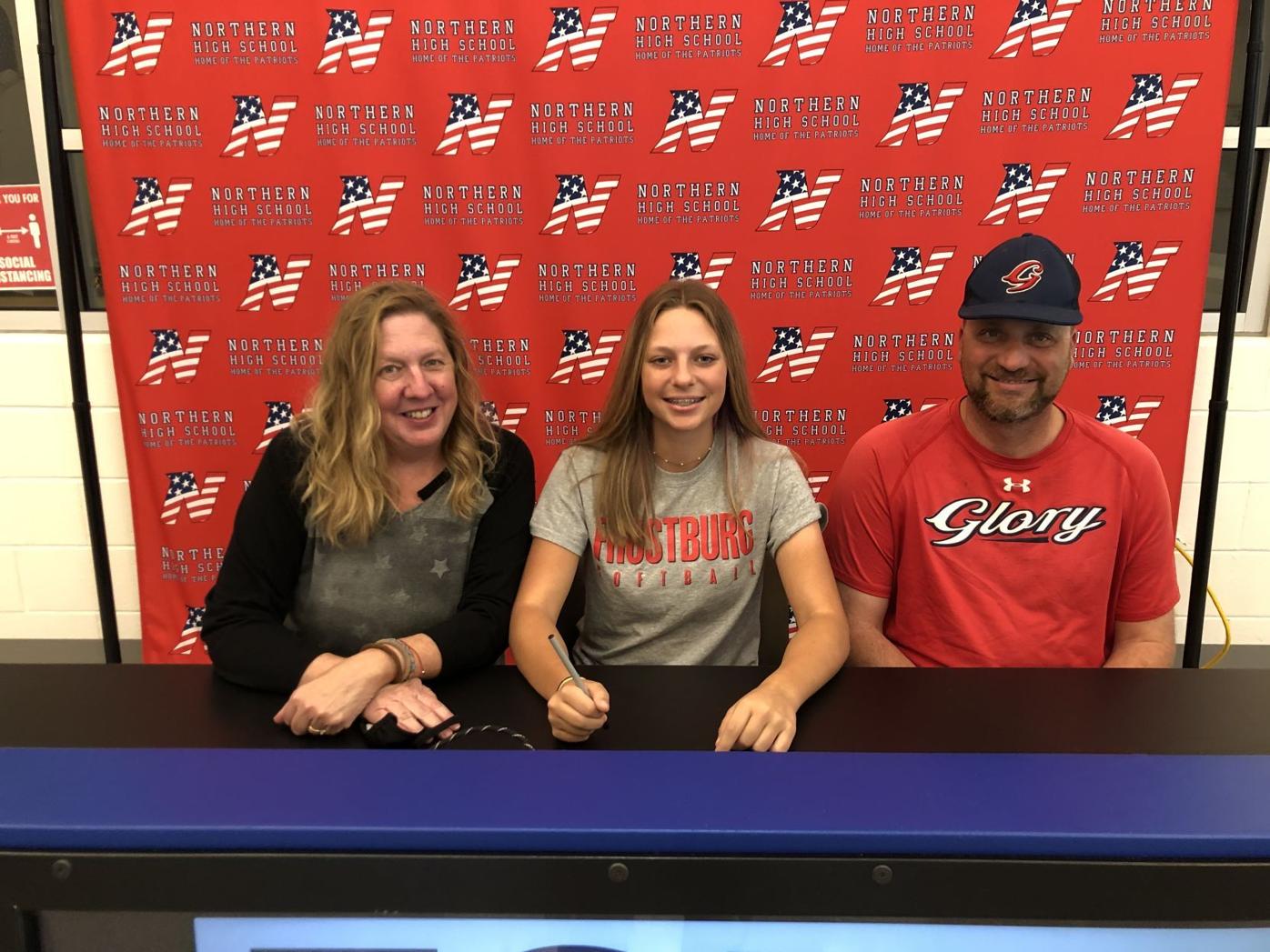 Northern High School senior Adrianna Willmer signs her National Letter of Intent last Wednesday to play softball at Frostburg State University, as her mother, Tammy Willmer, and father, John Willmer, sit next to her for support. 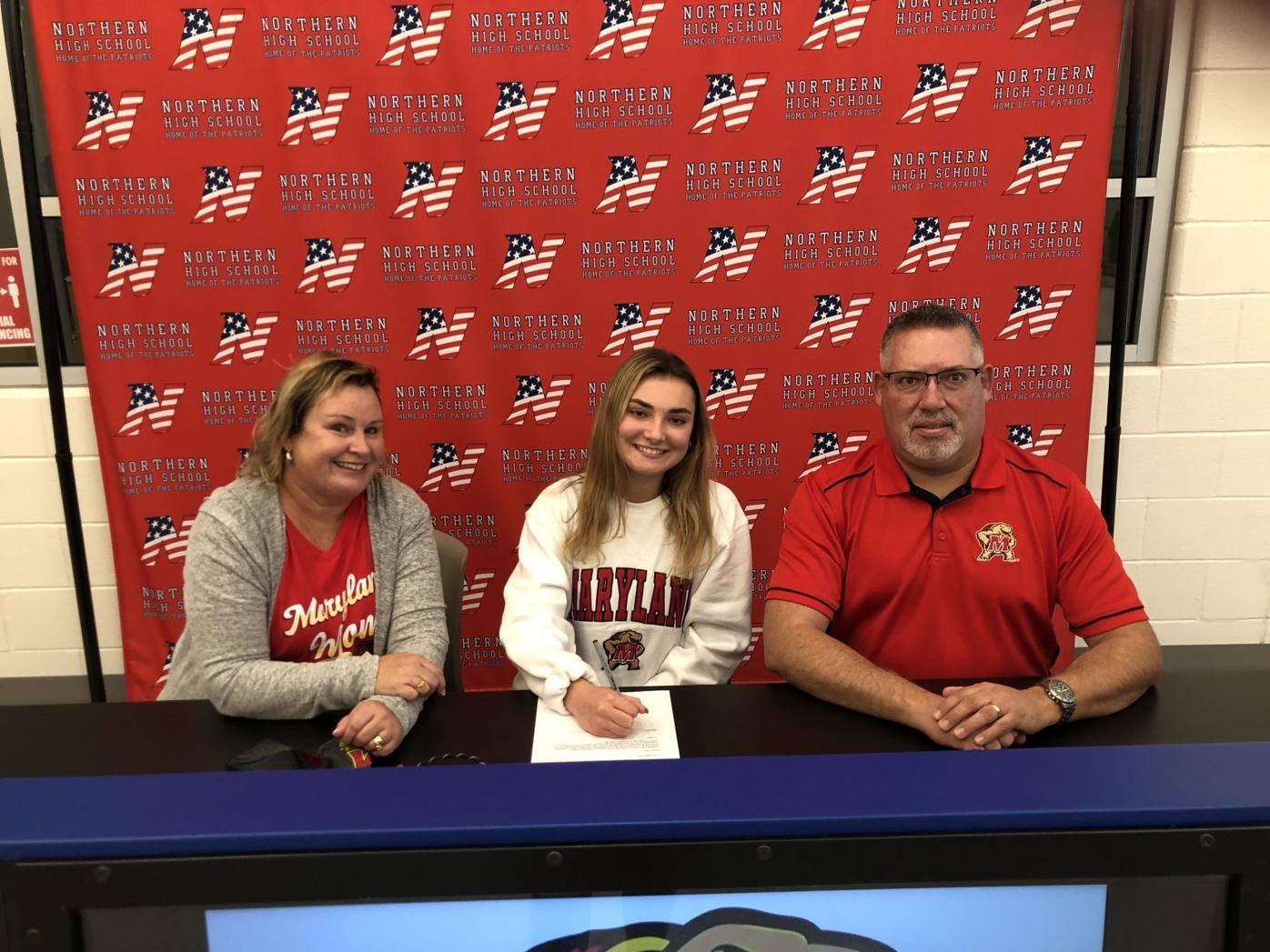 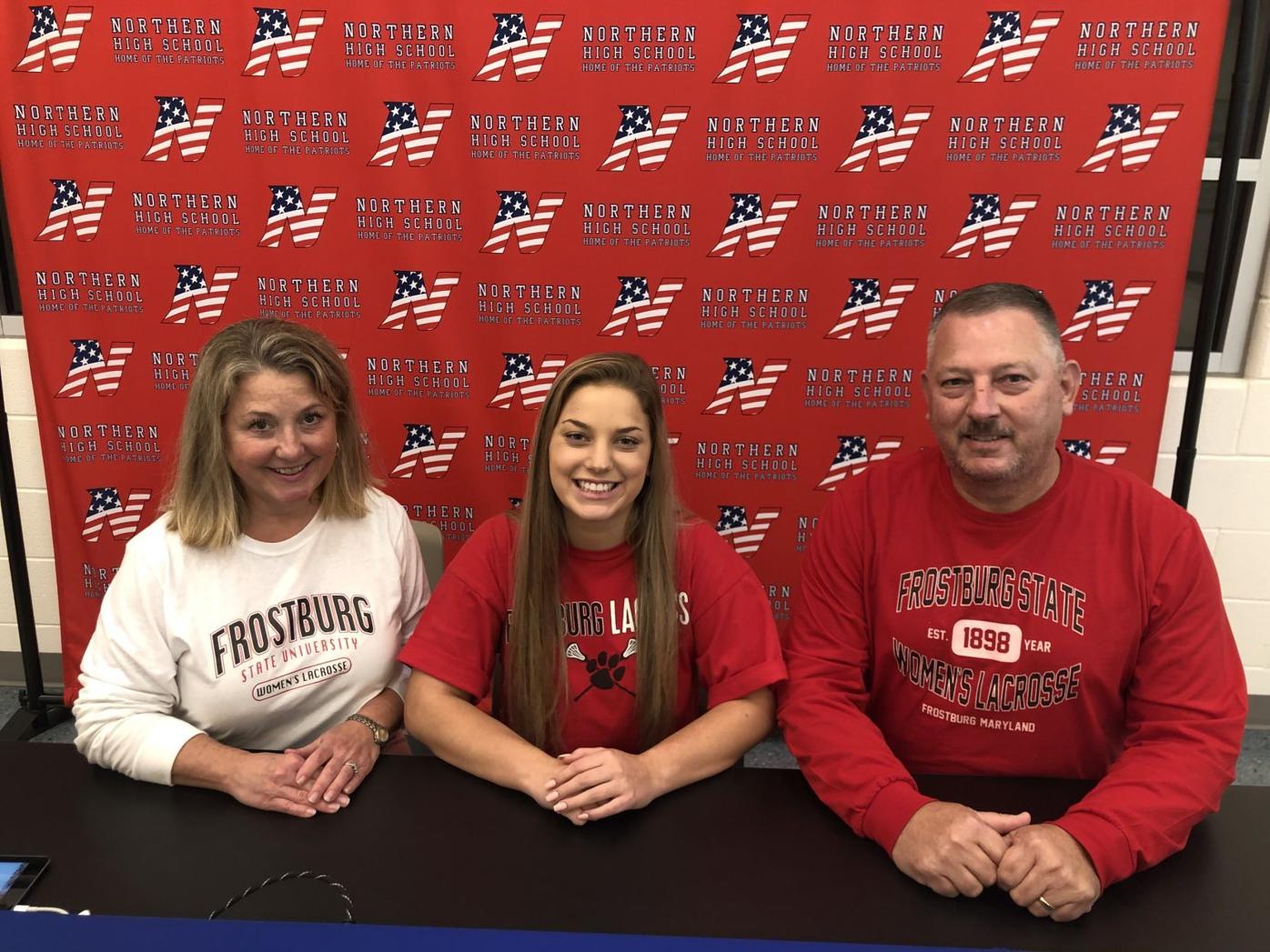 Northern High School senior Adrianna Willmer signs her National Letter of Intent last Wednesday to play softball at Frostburg State University, as her mother, Tammy Willmer, and father, John Willmer, sit next to her for support.

Although circumstances are very different than any of them could have expected, Northern High School seniors Rachel Deresky and Hannah Mack got to take part in one normally scheduled cause for celebration with Natalie Crawford, Adriana Wimmer and the rest of their senior classmates.

Deresky signed her National Letter of Intent to play women’s soccer at Vanderbilt University, Mack signed to run cross country and both indoor and outdoor track for the University of Maryland, while Crawford and Wimmer are both headed to Frostburg State University for lacrosse and softball, respectively.

Deresky, who committed to Vanderbilt during her junior season after considering offers from Penn State University, the University of Tennessee, Louisville and Notre Dame, has been a key cog in the Patriots’ previous two 3A girls state titles. Heading into her senior season, Deresky has already tallied 122 goals and added 31 assists, netting four goals in last year’s state title contest.

“I have always wanted to attend a very good academic school and play for Division I program,” said Deresky, who celebrated her 18th birthday three weeks before signing with Vanderbilt. “I committed to Vanderbilt early and had been waiting for this day for a long time. It’s really a relief. I am hoping that we have a season in the spring.”

Mack, who played a key role for the Patriots’ 3A state titles for cross country, indoor track and outdoor track, had been considering three schools before deciding to opt for Maryland. Mack has developed into one of the best distance runners in SMAC in both indoor and outdoor meets and will be joining former Patriots distance specialist Claudia Dolan with the Terrapins.

“I have always wanted to compete for Maryland,” Mack said. “I had it down to them and two other schools, but I finally decided on Maryland. It’s a great chance to compete for a big program and be close to home and I’ll have Claudia as a teammate. This whole day meant so much to me, especially having my parents here to be part of it.”

Both Crawford and Wimmer will be headed to Frostburg State University next fall for Division II women’s lacrosse and softball, respectively. Crawford, who is also a member of the school’s cheerleading squad, and Wimmer both admitted they would like to have one more high school spring season in 2021 since their previous one was usurped by the ongoing COVID-19 pandemic.

“I played junior varsity my freshman and sophomore seasons,” Crawford said. “So, last spring would have been my first year on varsity. I was almost committed to Wesleyan [in North Carolina], but my mom wanted me to visit Frostburg and I just fell in love with the campus.”

“They just got bumped up to Division II, so it’s a good opportunity to play at that level,” Wimmer said of the softball program. “I really didn’t want to play Division I. But I am just hoping that we get to have a season in the spring. It was tough not having a season last year. I think we would have had a really good team.”